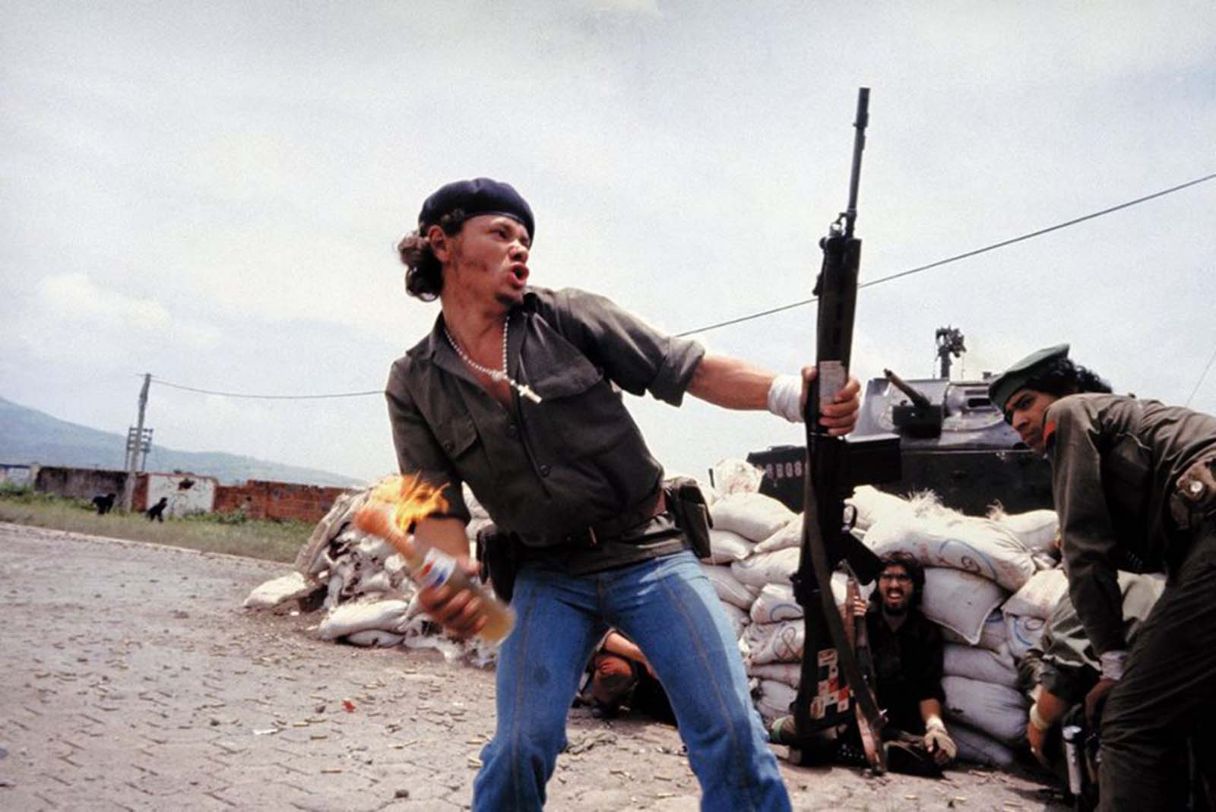 This photo is the best-known picture of Susan Meiselas that she brought from her trip to Nicaragua, and it was rightly picked by Time magazine to be one of 100 influential photos in history. Just look at this Molotov Man: raw revolutionary romanticism is filling each pixel of this picture. He looks like Che Guevara himself, with a commando-like beret on his dark hair, high tension, caught in motion, as he is swinging his hand to throw a flaming Molotov cocktail. Note each detail on this photo: Pepsi bottle filled with kerosene, the catholic cross over his neck, a trophy US rifle in the other hand, his revolutionary brothers staring at and covered by sandbags. This image was an icon of revolution for the people of Nicaragua and still living in their minds and hearts. 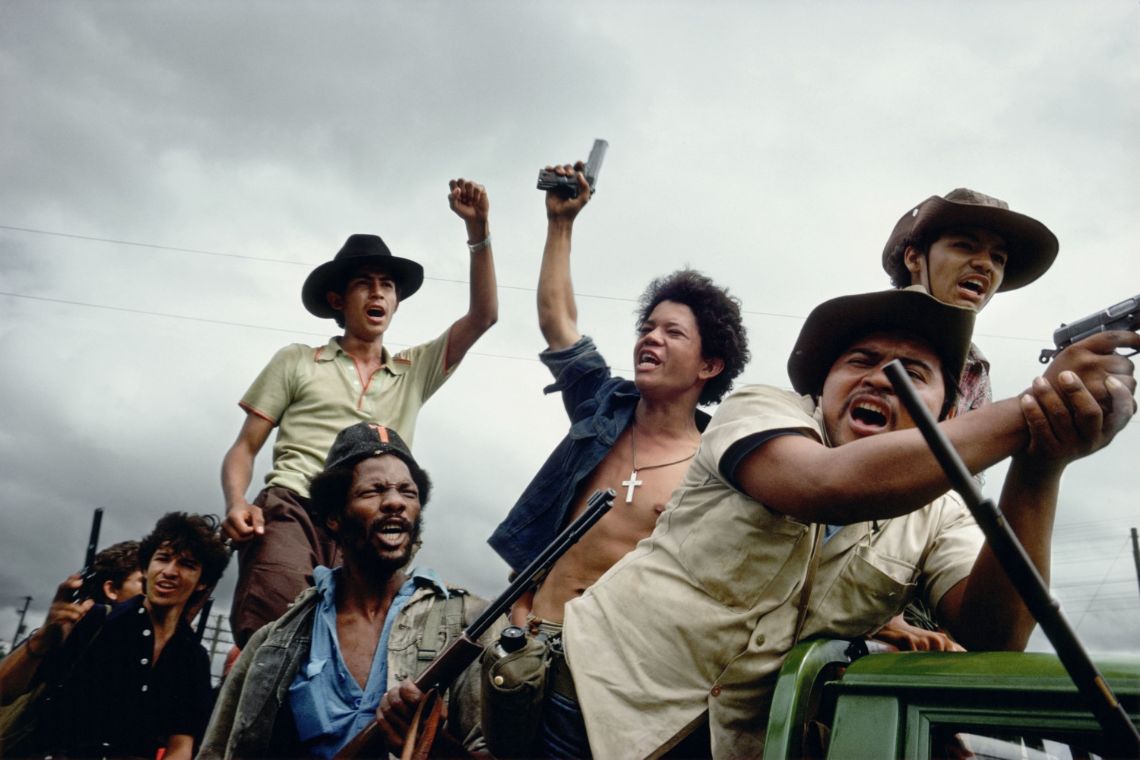 On the road to Managua, a city where Somoza had his main base and a palace

The story of the Molotov man photo

Susan Meiselas is the best-known for her photographs from the conflicts in Central America. She spent six months in Nicaragua in 1978 when the country was on revolutionary fire: US-backed dictator Anastasio Somoza fought for his power with the revolutionary movement. Susan was a beginner photographer with a keen interest in human social relationships.  From day one, she had mixed feelings about the US role in the bloody events in Nicaragua. The dichotomy, as Susan remembers, was about “on the one hand, having to work as a professional photo reporter, and, on the other, wanting my images to be of some use to the Nicaraguans and their revolutionary fight.” 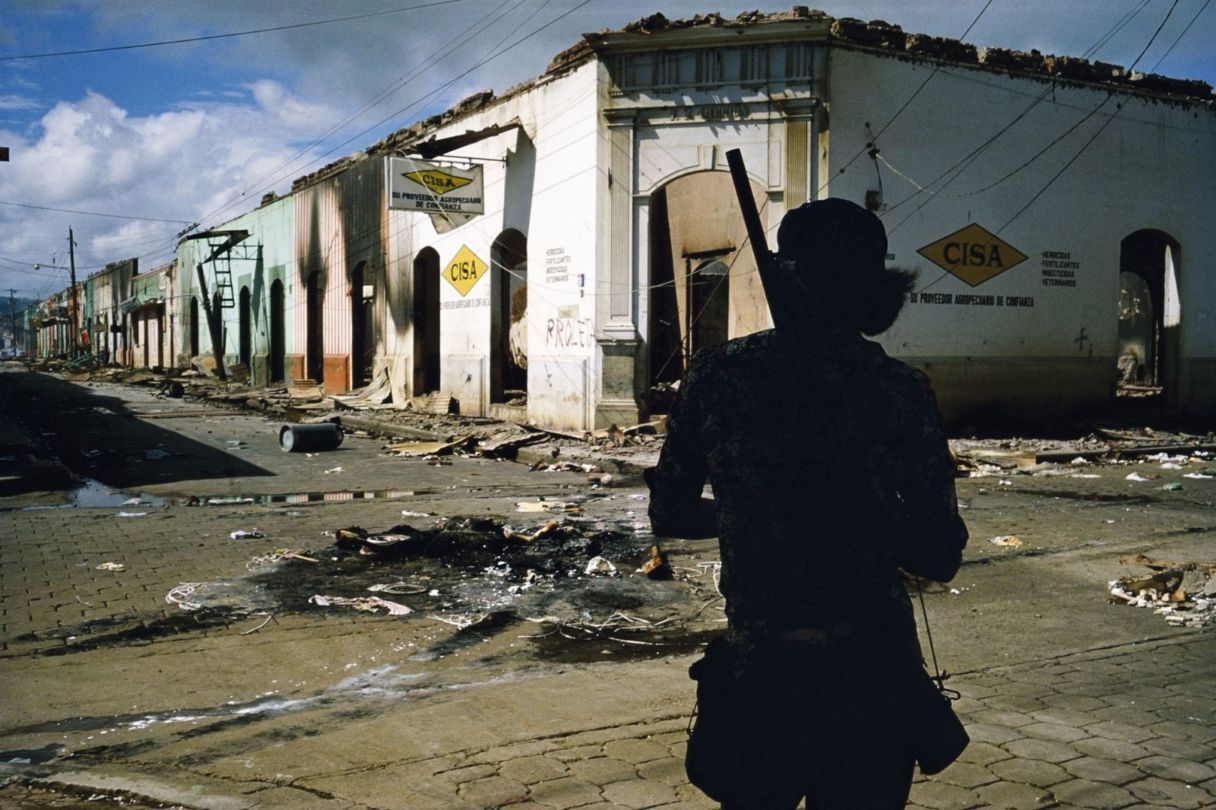 The commercial district of Masaya. Susan Meiselas and insurgents had to leave that place after the massive bomb attack.

Susan Meiselas started her Nicaragua adventure by meeting the rebels and sharing a roof with them despite the growing danger. Even when military actions were coming dangerously close to Susan, she preferred to stay with her 400-mm camera to capture historical events on close range. “I didn’t witness the 40-years rule of Samoza, but I was lucky to capture the moment when he was brought down by the Sandinista National Liberation Front”, Meiselas says. 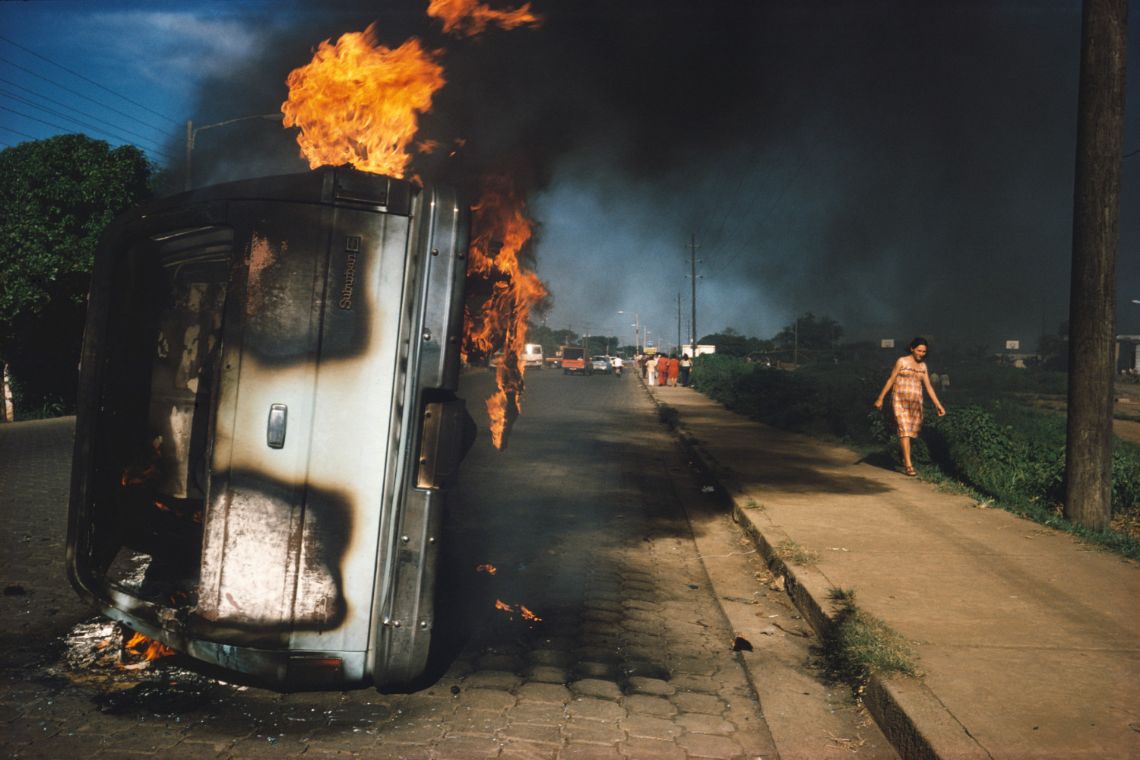 Making photos on the edge

Meiselas never hesitated to put herself at risk for making a brilliant image. She was staying with rebellions with the only thought of memorizing the war actions in all possible details. And she did it correctly, capturing both horrors and blood of the real military action and romanticized hope of the people of Nicaragua in some better future after the revolution.

She tried to focus her camera not only on death and grim war routine but also on people behind that, on their stories, fears, and motivations. 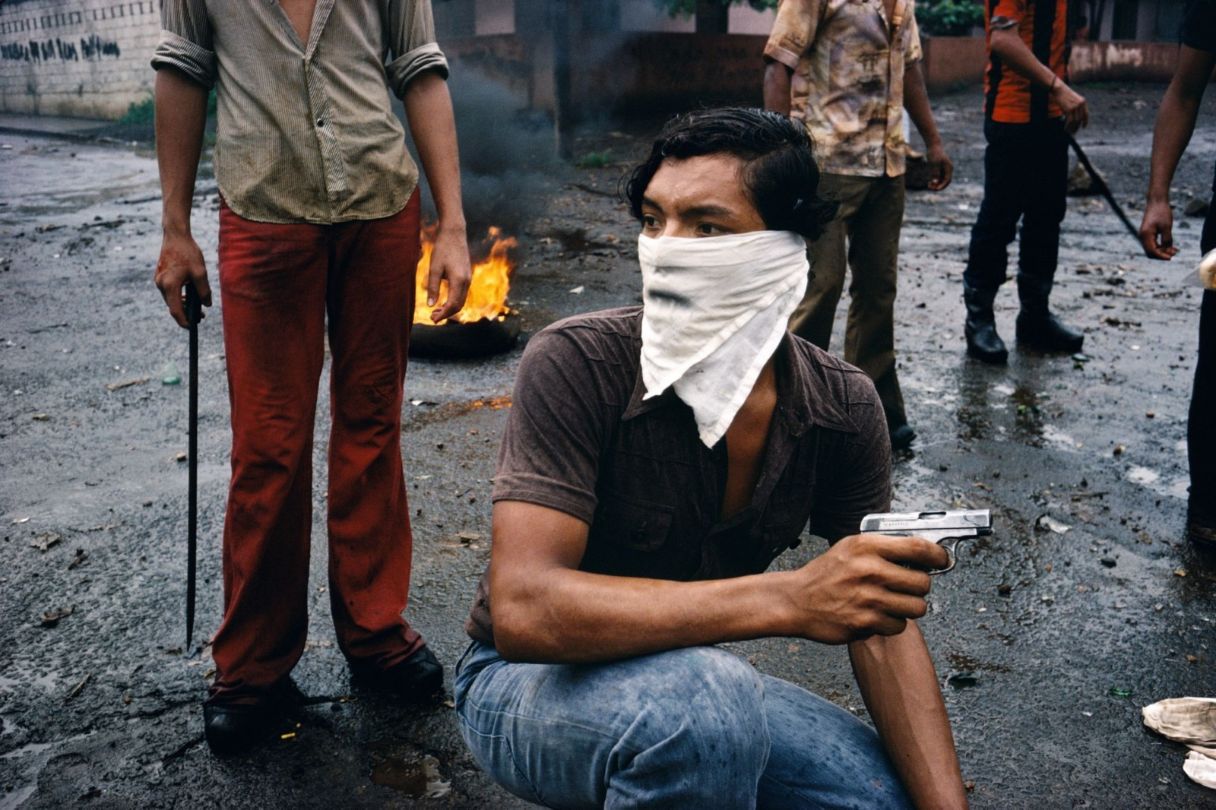 Ten years later, after the fall of Somoza, Susan returned to Nicaragua, aiming to track down some of the people and events that she had already captured in 1978. Meiselas was able to explore the complexity of the political situation in Nicaragua and the complicated aftermath of the revolutionary war that local people still had to recover from. She focused on the violence that always was there in Nicaragua, ten years after the fire of war was over. The violence stayed in Nicaragua and in Susan Meiselas photos. 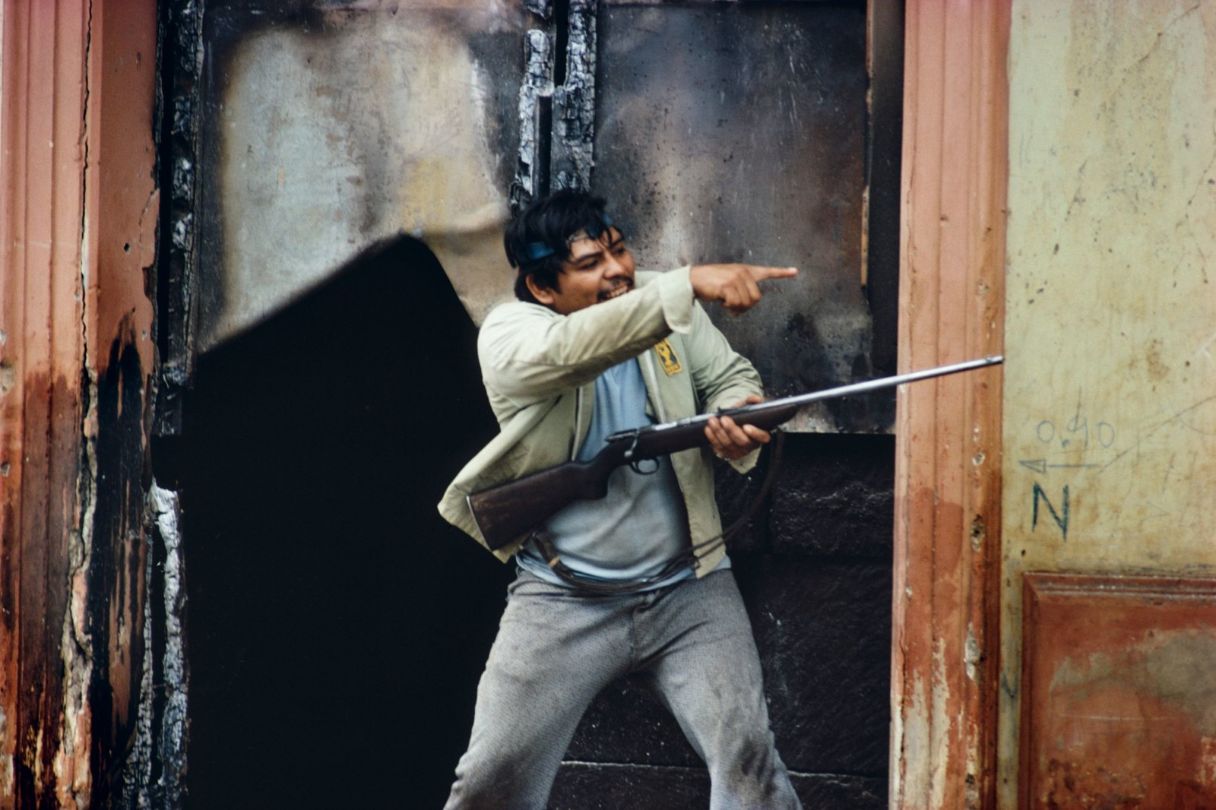 Susan Meiselas always wanted to become a photo reporter. She even won several amateur contests with some images where she tried to ‘freeze the motion of time in one shot’. Susan acquired her education from Sarah Lawrence College before proceeding to get her masters in visual education from Harvard University. Her first significant portfolio was portraying striptease workers all over New England. Meiselas photographed the stripteaser’s events three years while still teaching photography privately.

In 1976, Meiselas joined  Magnum Photos agency, where she has continued her photographer career till the moment she fell fond of human rights and decided to go to Latin America, and in Nicaragua specifically. 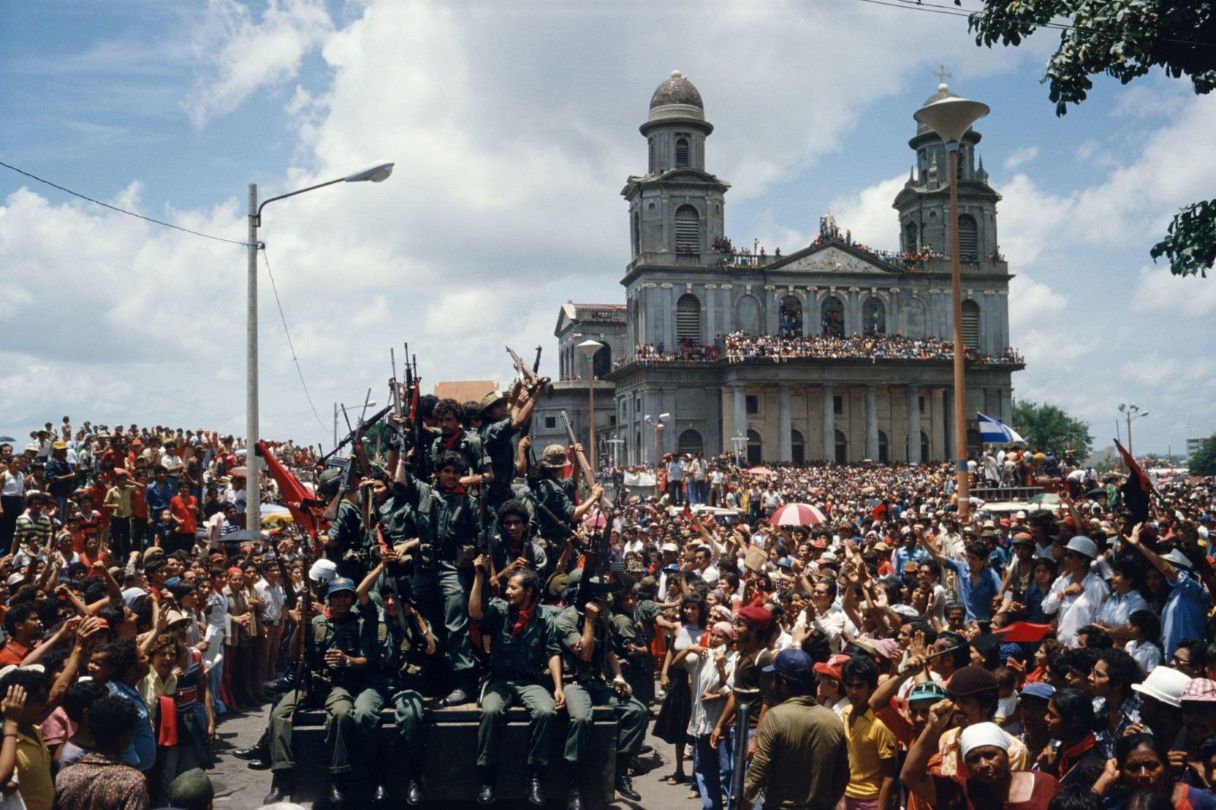 Entering the central plaza in Managua

‘The Critic’: a story behind plus more photos of Weegee - Old Pictures

Pulitzer photography: The priest and the dying soldier, 1962 - Old Pictures

[…] life under a hail of bullets while capturing this historical image. This photo reminds of the best revolutionary photography of Susan Meiselas, the bloody reports from the Iranian Revolutions, and, of course, another Pulitzer-winning photo: […]