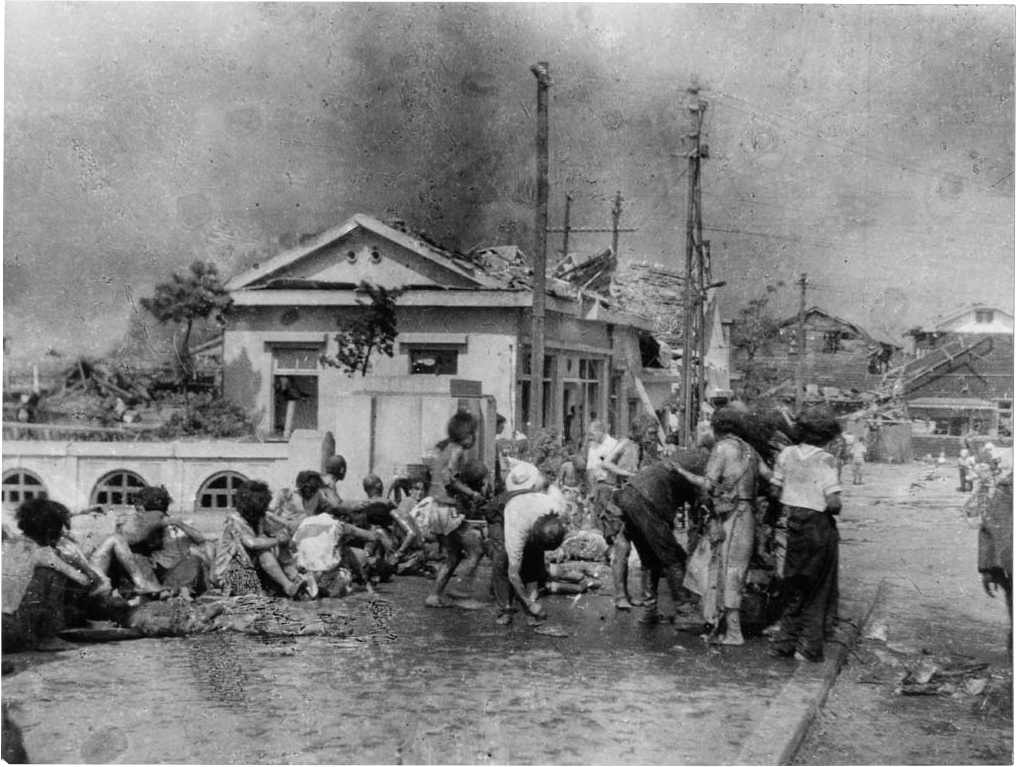 These pictures are the only aftermath documentary taken on the day of the Hiroshima bombing. Japanese photojournalist Yoshito Matsushige was lucky twice on August 6, 1945. He survived the Hiroshima bombing while staying at his own home, kept his camera, and took some fantastic pictures of the explosion aftermath.

When the bomb detonated, Matsushige was at his home, less than three kilometers from ground zero.

“I had breakfast and was about to go to the office when it happened. There was a flash, and then I felt a kind of thunderstrike. I didn’t hear any sounds; the world around me turned bright white. I was momentarily blinded as if the light of magnesium was burning right in front of my eyes. An explosion followed immediately. I was not dressed, and the blast was so intense that I felt like hundreds of needles pierced me at the same time. “ 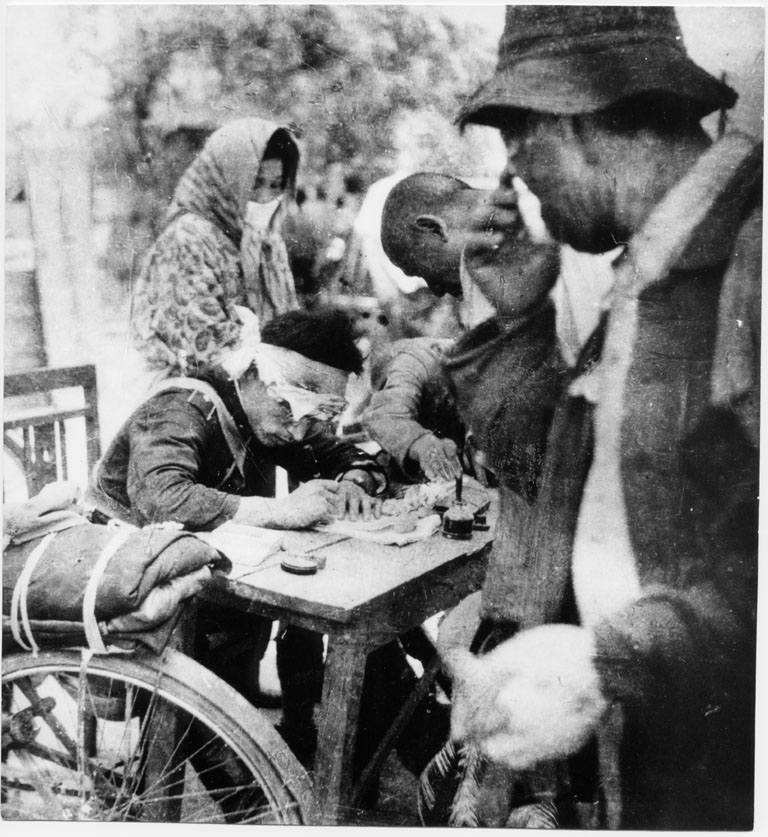 The injured policeman issues a certificate for a rice ration. People had nothing to eat after the explosion.

The horrors of the detonation aftermath

After that, Matsushige took his camera and headed to the Hiroshima downtown to take pictures of the bombing aftermath. He took two 24-frame photographic films and wandered around the ruined city for several hours.

Yoshito Matsushige took only seven pictures on that explosion day. The aftermath scenes were too horrible.

“I was also a victim of that detonation,” Matsushige later said, “but I had minor injuries from glass fragments while these people were dying. It was such a brutal sight that I could not bring myself to press the shutter button. My tears watered the viewfinder. I felt that everyone was looking at me in anger: “He is taking pictures of us and not giving any help.”

“Sometimes, I think I should have mustered up the courage to take more photos,” Matsushige later said. “I couldn’t keep taking pictures that day. It was too heartbreaking. “ 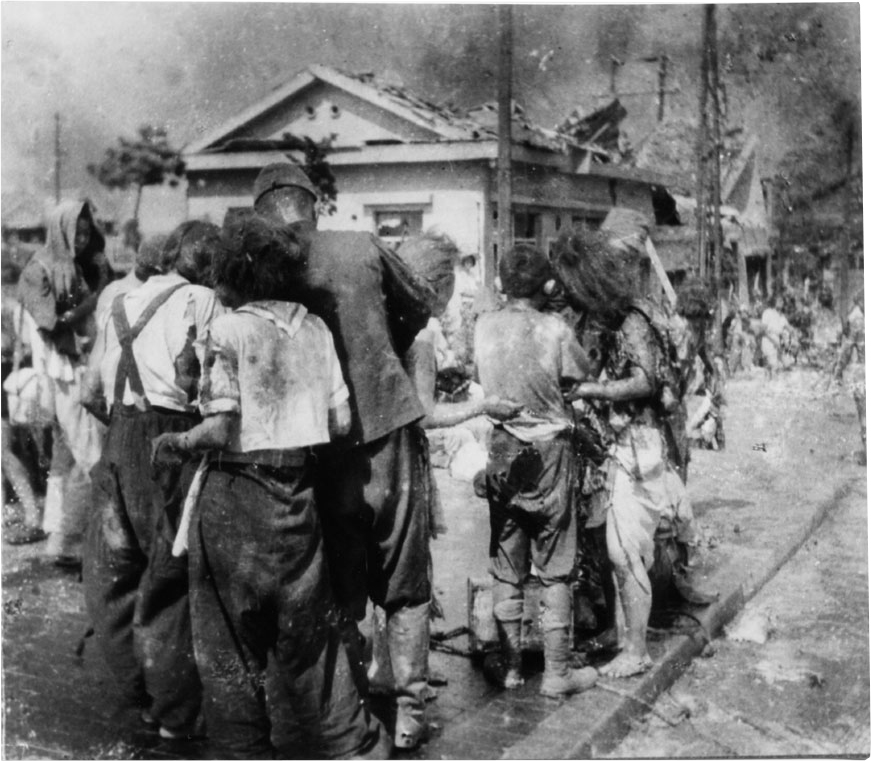 Yoshito Matsushige took only seven pictures of the Hiroshima bombing aftermath. He lost two of them while working with negatives.

Saving pictures in a post-explosion Hiroshima

Detonation destroyed the darkroom, and Matsushige worked with the negatives outside at night. He washed them in a stream near his house and dried them on a tree branch. Only five of his seven photographs have survived. A few weeks after the explosion, the US military confiscated Japanese newspapers and newsreels after the explosion, but Yoshito Matsushige hid the negatives.

Three photos were taken at the Miyuki Bridge. The first two shots show police spilling oil on the lubricate schoolchildren’s burns. The pictures were taken 2.3 km from the epicenter of the explosion, between 11.00 and 11.30 am. Matsushige will return here later to take another snapshot of the wounded policeman signing the certificates for emergency rice rations. 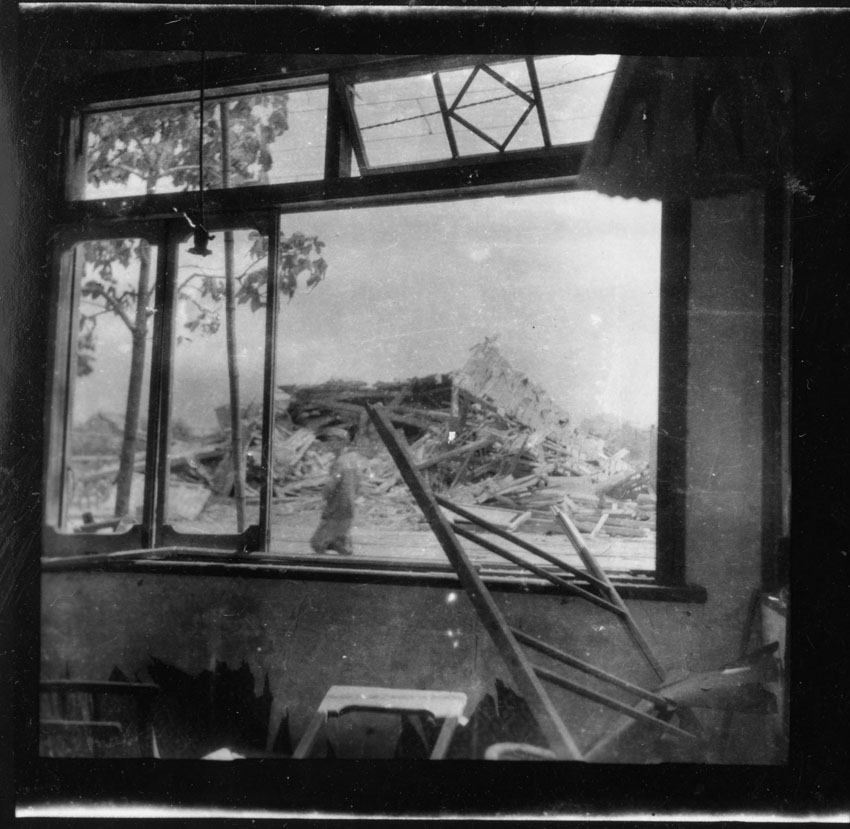 Detonation aftermath from the window of the photographer’s house

Photographer took two more shots of the aftermath near his house in Hiroshima. In these photos, his wife Sumie, wearing a helmet to protect her from radiation, is trying to clean up a barbershop that belonged to their family. He took a second shot from the window of the house.

Photos went public in 1952 when the  LIFE magazine printed them. The title was “When the Hiroshima atomic bomb detonated: aftermath uncensored.”

The Hiroshima and Nagasaki bombing put an end to WW2 in the Pacific Region. The war, which was started by Japan, finally ended. 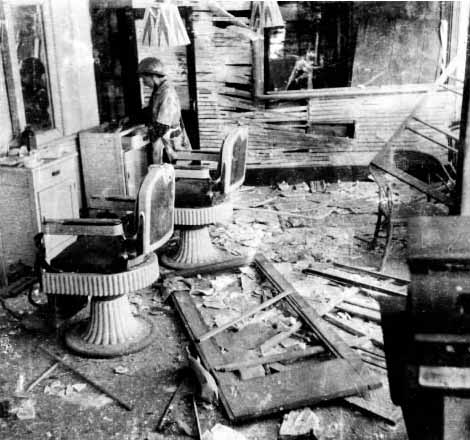