A full story of the Fort Peck Dam construction photo 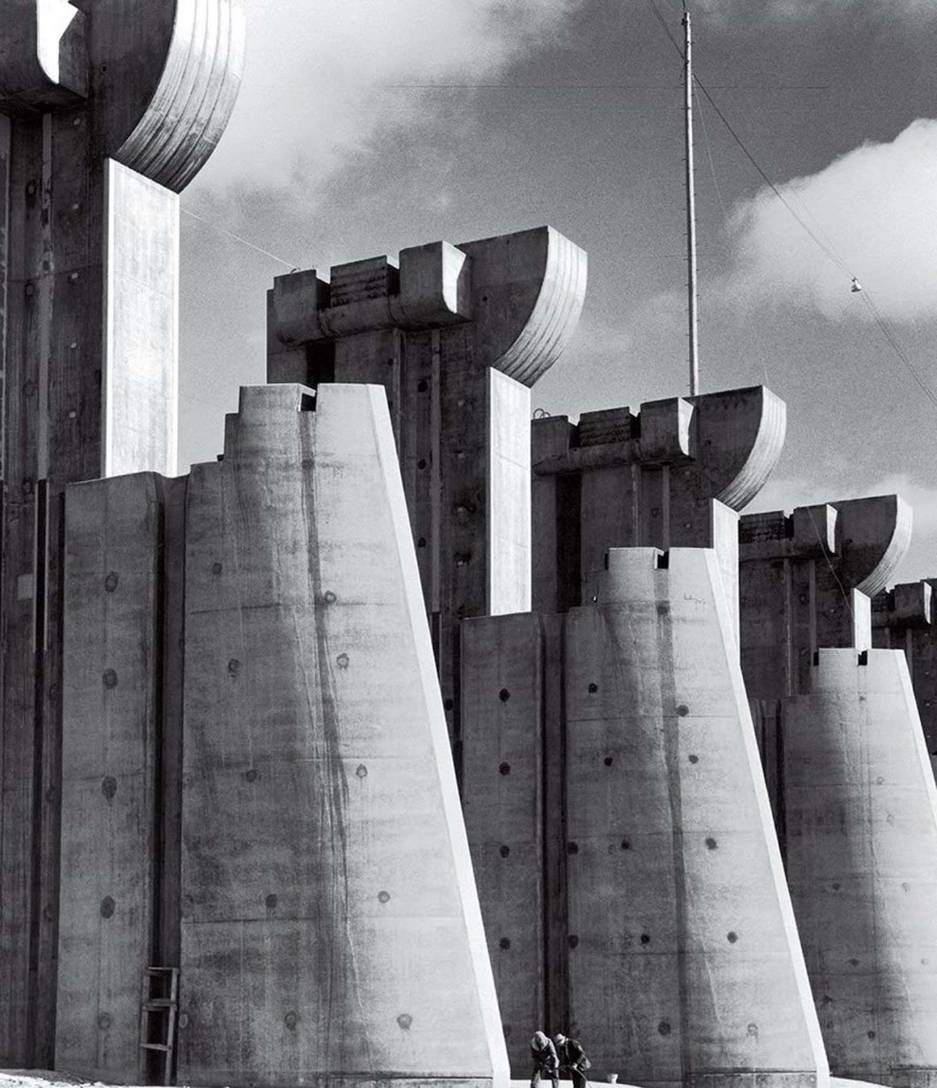 The famous picture of the Fort Peck Dam construction

This photo of the Fort Peck Dam construction has a huge story behind it. It was the gigantic construction project, part of the ‘New Deal’ program of President Roosevelt, that illustrated the whole decade of the 30s in the US. Also, this photo was a kick-off image for the just-founded magazine with a short name ‘Life.’ Who could know that this magazine and this photo report from the Fort Peck Dam will initiate the golden age of photojournalism? Take a look at some of the best Fort Peck Dam photos.

Fort Peck Dam construction was one of the 100 top influential photos in history, according to Time magazine. And here’s a brief story of the image, told by its author Margaret Bourke-White and some interesting facts about the Dam itself.

This steel liner will let tons of water through itself soon.

“It’s not a new magazine. It is the beginning”, – that’s how editor Harry Luce explained the idea of the new-born Life magazine to the newbie photographer Margaret Bourke-White. After that, he assigned her to make a photo report from the construction of the Fort Peck Dam – the Fed backed multimillion-dollar project of the Columbia River Basin. Fort Peck Dam photos were planned as a cover story for the very first issue of the Life magazine, published on November 23, 1936. 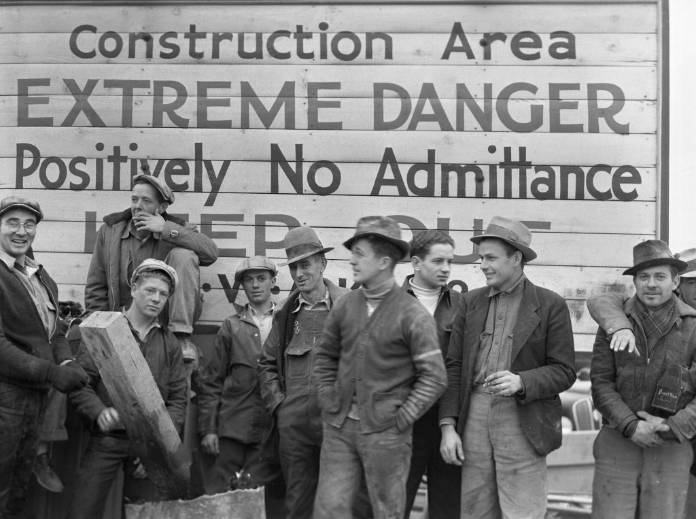 By 1936, Margaret Bourke-White has already earned the reputation of one of the woman-photographer with a rare talent to capture not only people but a story behind them, a little piece of the lives. So, editors hoped to get not construction images, but a ‘face of the new government program in action, with economic ideas implemented by real people.’ They also instructed her to take some fascinating pictures for the cover, and it was an extra responsibility for Margaret. And what editors got in the result was a real surprise. Fort Peck Dam photos were a vast storytelling of ordinary people erecting the magnificent industrial object. 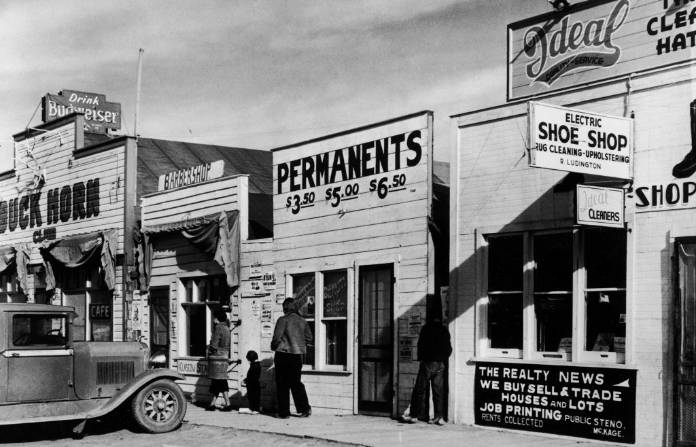 Not so low rental prices as for depression times

The area around the construction was a pure frontier, that was much closer to the barren’s wilderness than to something’ fascinating for the cover shot’. Margaret decided to focus more on people who were constructing the Dam, rather than on the construction itself. Locals were pretty surprised when the photographer who was assigned to capture the Fort Peck Dam asked them to take some kids and gather inside of the bar for a Gold Rush bar image. But that was the nonviable sense of that project that Bourke-White felt, the flavor of the pioneers’ project to harness the harsh frontier. 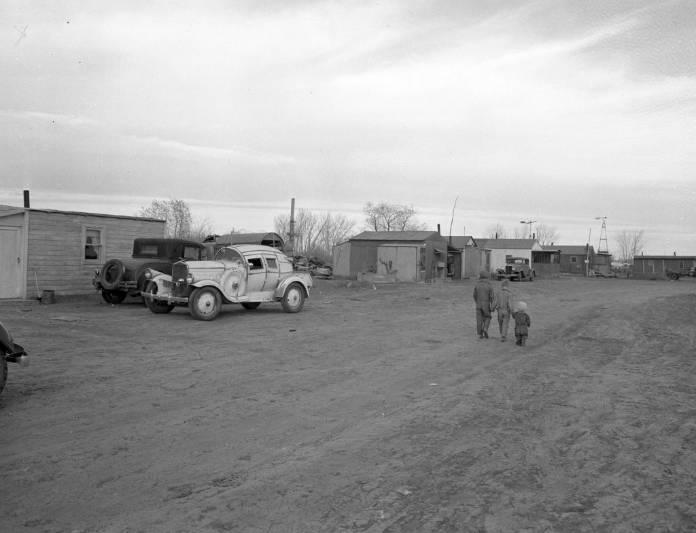 Dull street life in a town in Montana

The photo reporting took just two days. Bourke-White noted that the LIFE’s assignments always had to be done at a very high pace, and sometimes he wished to have a few more hours to complete the story. But that was a reality of the journalistics of the 30s: the trip had to be completed upon receiving an editor’s telegram: “Get back asap.” But Margaret loved this rhythm: “Everything could be conquered. Nothing was too difficult. And if you had a hard deadline to meet, all the better”.

Some of these photos were not published in the first issue of the LIFE magazine. 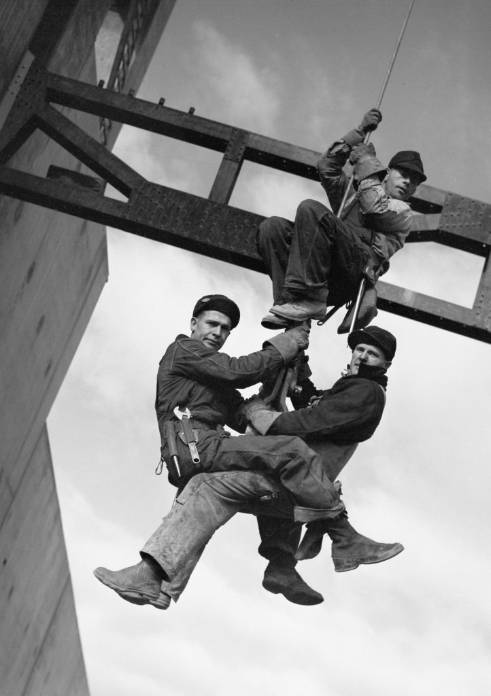 Fact#1: The Fort Peck Dam is the highest of six major dams along the Missouri River Fact#2: The Dam presently has a nameplate capacity of 185.25 megawatts Wheeler, one of the towns around Fort Peck, 1936 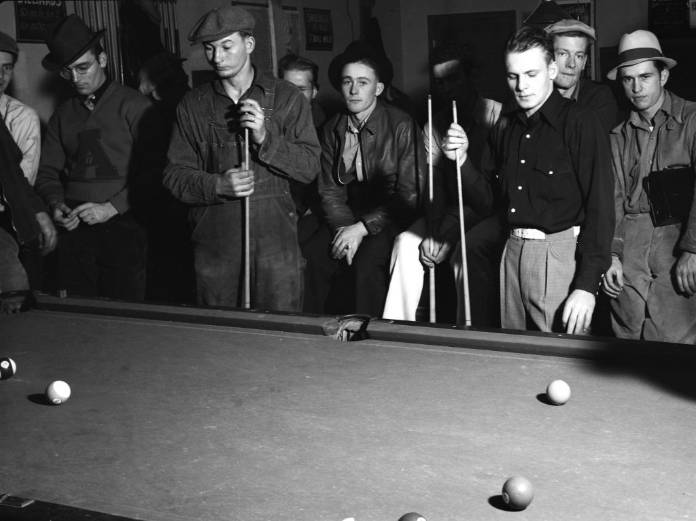 Spending time at the bar, frontier town around the Fort Peck

Ruby’s Place, the only bar with liquor

Ruby, second from the left, was the founder of the town of Wheeler—and its richest woman. 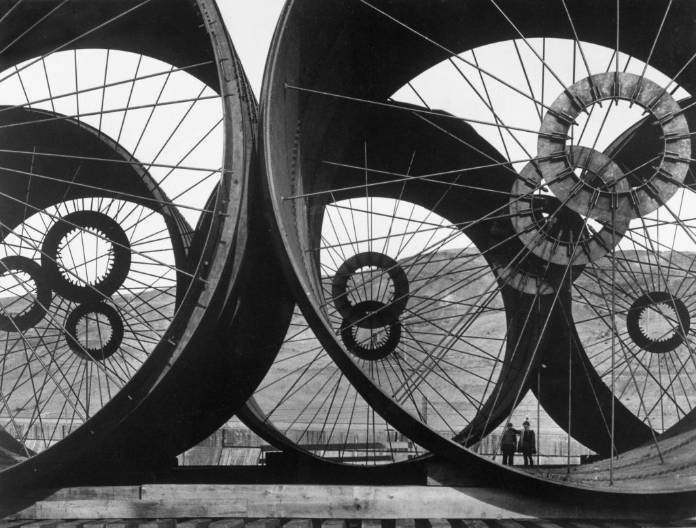 These turbines will generate electricity soon

Fact#4: The Dam, named for a 19th-century trading post, was completed in 1940, and began generating electricity in July 1943. 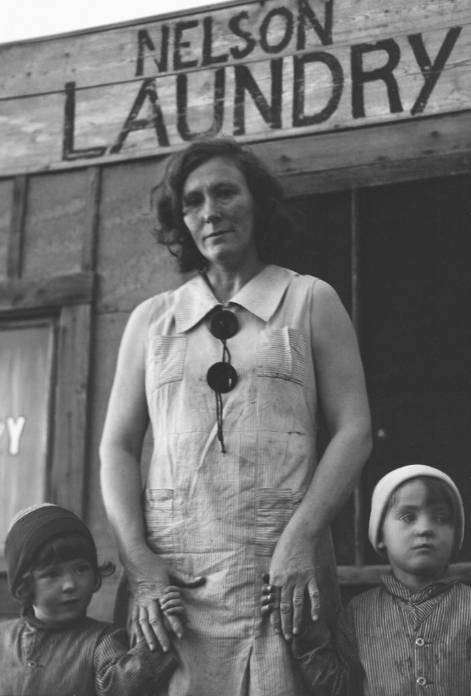 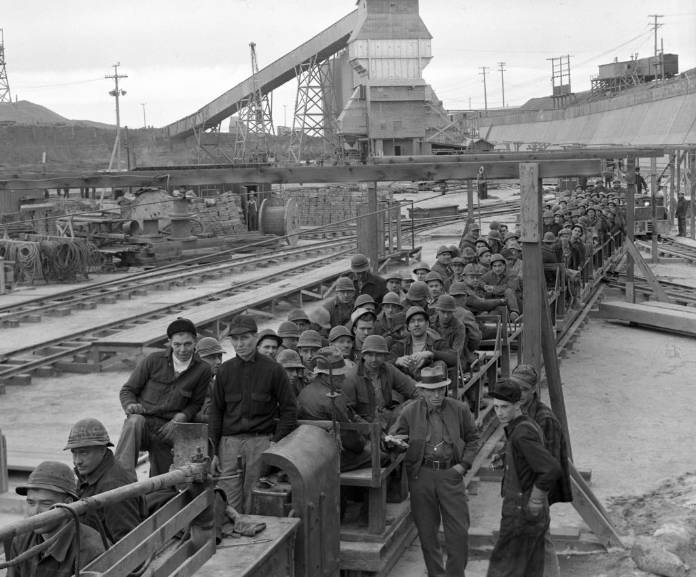 Workers on the construction of Fort Peck Dam, Montana, 1936. 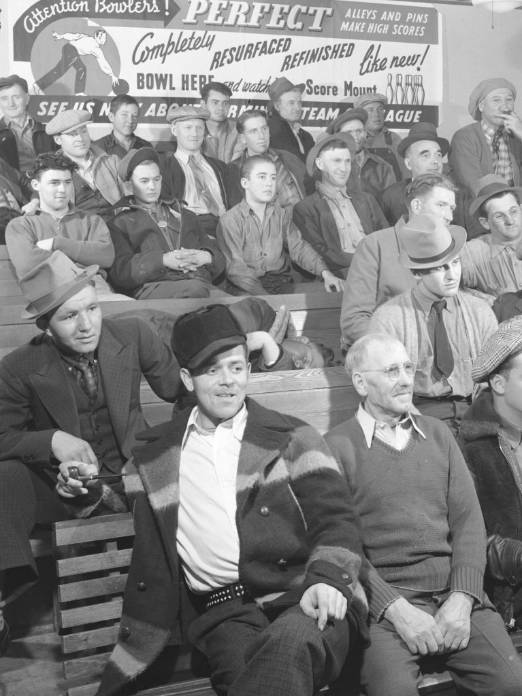 Men and women listening to the local jazz band Fact#5: the Dam was severely damaged by “record-high runoff and flooding in 2011 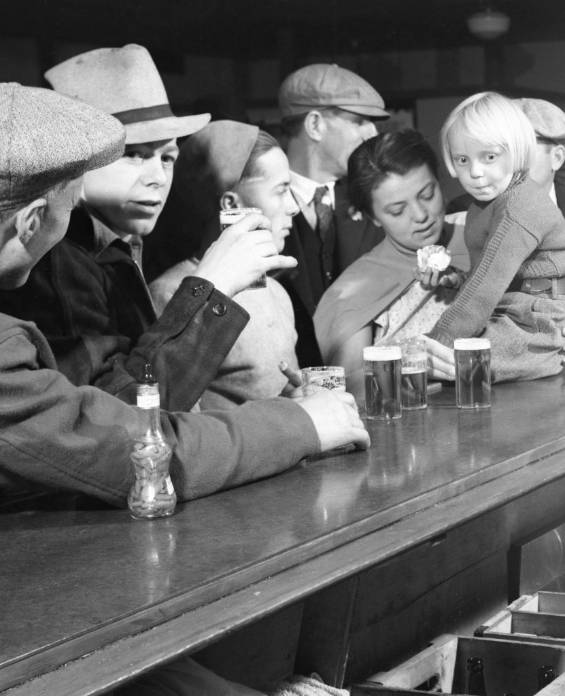 Drinking with kids at bar Finis The construction site of the Fort Peck Dam A beautiful view of the Dam The only beauty salon in town […] image by Margaret Bourke-White during the Great Depression era. She was already well known for her Fort Peck Dam construction photo essay that settled in 100 most influential images in history according to Time […]