The history of the Korean War in 34 photos

These photos of The Korean war (1950-1953) carry all pain and suffering that the people of Korea lived through. This had little distinctions among other conflicts, but in addition to everything else, it tore a country apart, splitting it between communist and democratic worlds. And humanity has yet to cope with consequences of that historical events, to unite peoples of two countries into one.

Media widely covered the Korean war, and thus we have lots of photos to show different aspects of military actions. We tried to compile a grim uncertainty of soldiers that departure to the war zone, the harsh routine of day-to-day service and rare moments of human joy and kindness, that also took place.

Read more: Timothy Robinson and his letter from war, Vietnam, 1968

Even though war called Korean, it wasn’t only the stand between the pro-communist and pro-democratic parts of the people of Korea. International coalitions supported both parties: North Korean was assisted by USSR and China (PRC), while the Southern counterpart aligned with 20 countries led by the USA. 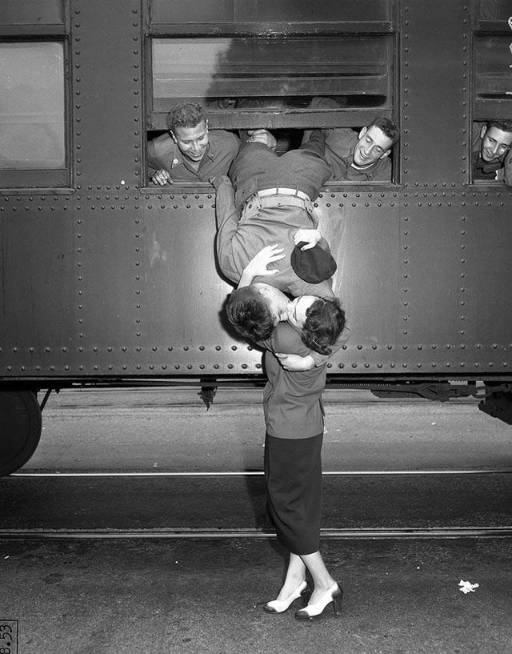 Going to the Korean war: The iconic photo of a goodbye kiss before departing to Korea 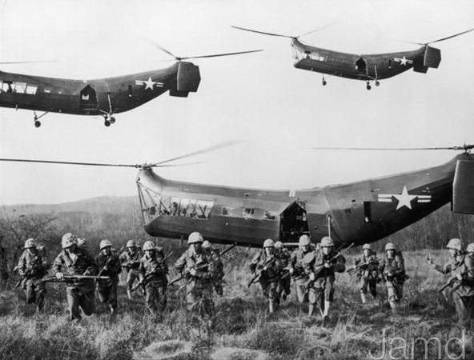 Locals called this helicopters’ aliens’ due to the futuristic form factor. There were two threats for marines: cold and Soviet artillery. Soldier’s legs were blown off by shell explosion.

An ambulance driver from the Indian Army clenches his hands, indicating the intense pain in his leg which has been almost completely blown off, 1951 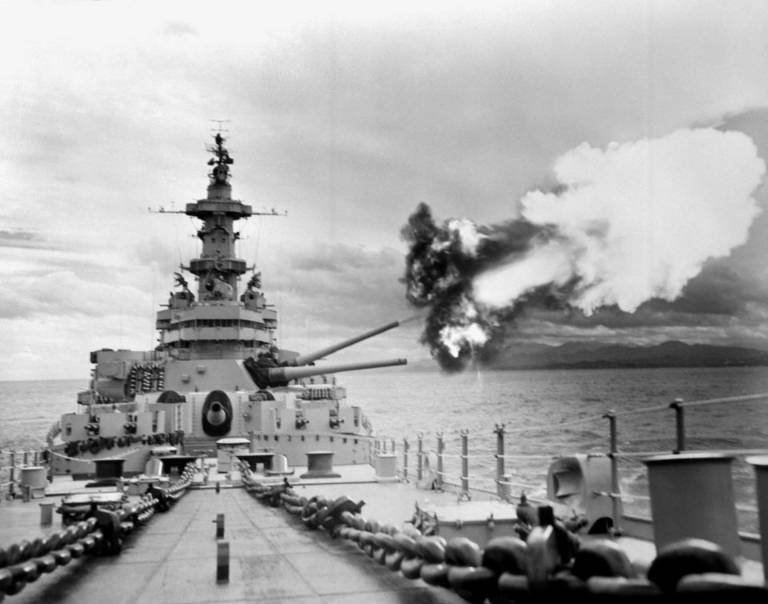 Naval Superiority of the Southern Korea Alliance was undisputed.

USS: Iowa bombards North Korean troops during the Korean war. 12-inch shells are in use. Circa 1952 This marine has just received the first aid and now waiting for a helicopter for evacuation. 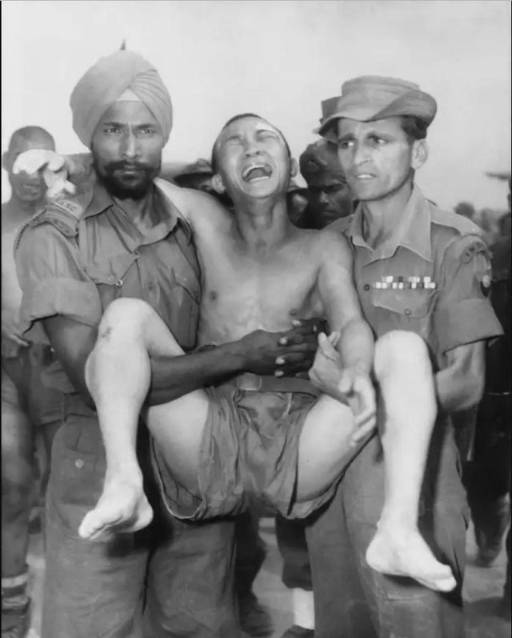 Two Indian soldiers are carrying a weeping Chinese POW to the exchange point in Panmunjom, North Korea, for return to the Communists after the Korean War in the early fall of 1953. He was among 65 Chinese soldiers who asked to repatriate them to their homeland. The rest of the Chinese combatants (thousands of) asked to keep them in Southern Korea. 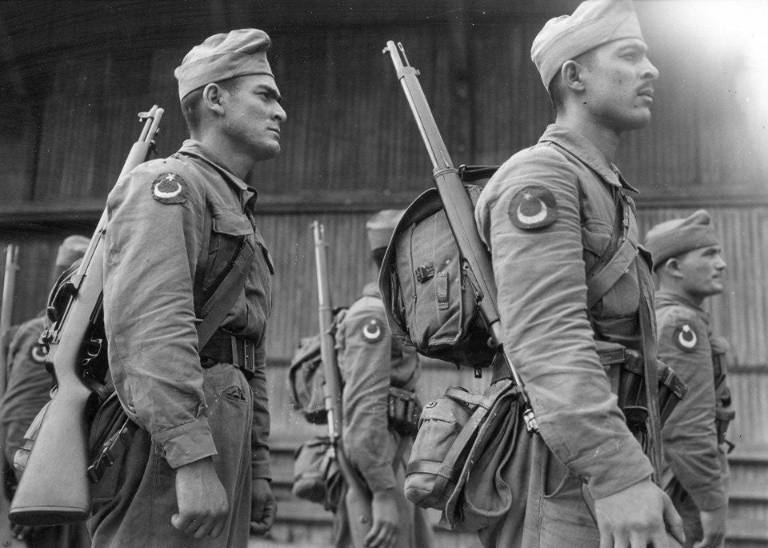 Turkish soldiers are departing to the Korean war. Turkey will join NATO right after the war. 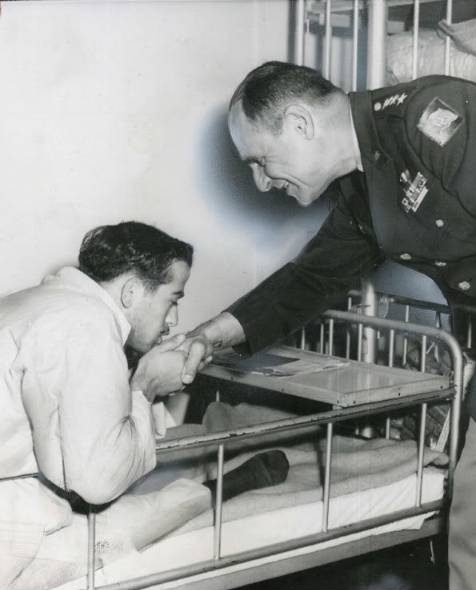 This guy was fighting to protect democracy.

A wounded Turkish soldier kisses the hand of American General Matthew Ridgway. Turkey fought in the Korean War and suffered the 3rd most casualties after the United States and the United Kingdom. As a result, Turkey joined NATO right after the Korean war. People are running from war actions.

Refugees of Korean War clamber on to a sabotaged bridge to evacuate, Dec 4th, 1950. Just imagine the sufferings that were brought to these people that forced them to pass this half-ruined construction expecting an artillery attack incoming any minute.

Read more: A British war photographer during the Crimean War, 1855 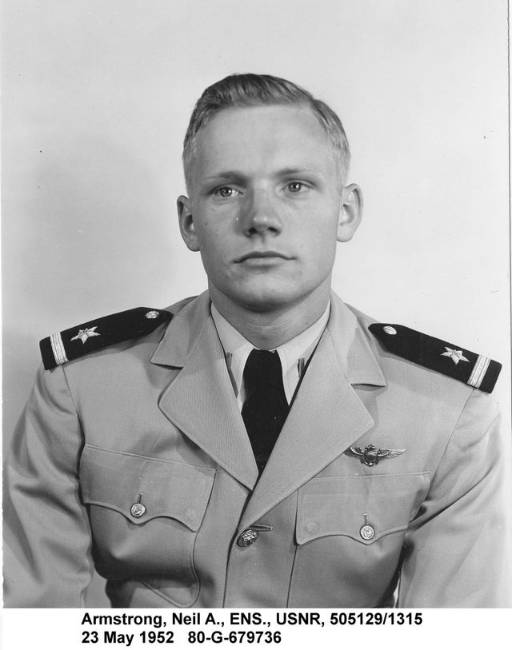 Armstrong showed himself as a brave soldier during the Korean war.

Ensign Neil Armstrong, US Navy Reserve, May 23rd,1952. Armstrong participated in 20 combat missions in the Korean War, while he stayed in reserve divisions. Interestingly, reserve combatants were rarely involved in war actions. Usually, it was an initiative of the bravest reservers. After the war, Armstrong will become a research and test pilot, leading to becoming an astronaut and then the first man to walk on the moon. US marine took a break during a battle. A machine gun seems to be a soviet one. 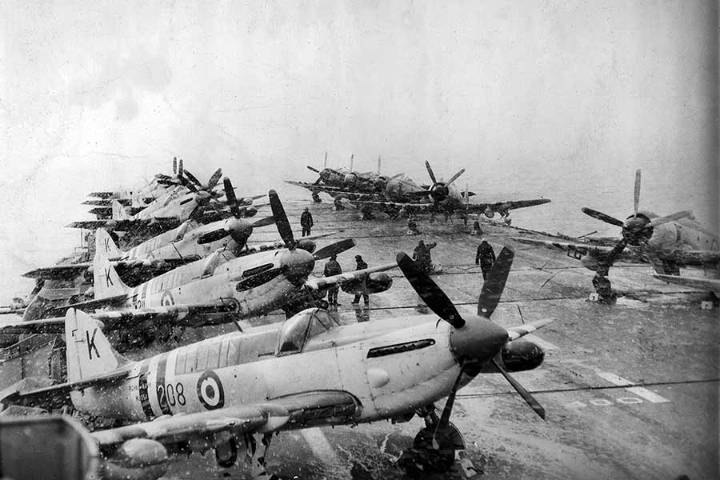 Hawker Firefly’s on the deck of the Australian aircraft carrier HMAS Sydney during a snowstorm. Korean War, 1951 Young boy hopefully checks the inside of the C-Ration box during the Korean War, Sep 1950 Canadian soldiers are taking a cover during an enemy attack. Canada joined the US in the Korean war a few months after the campaign began. 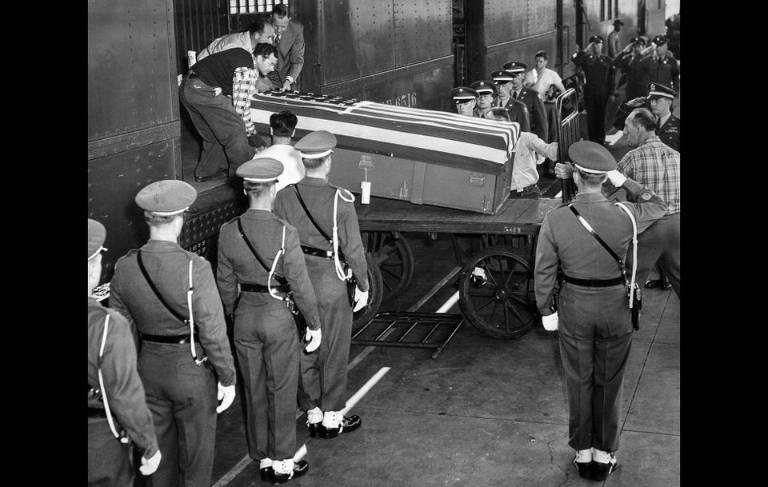 Korean war in photos:  the first dead body of the US soldier arriving at LA, 1950 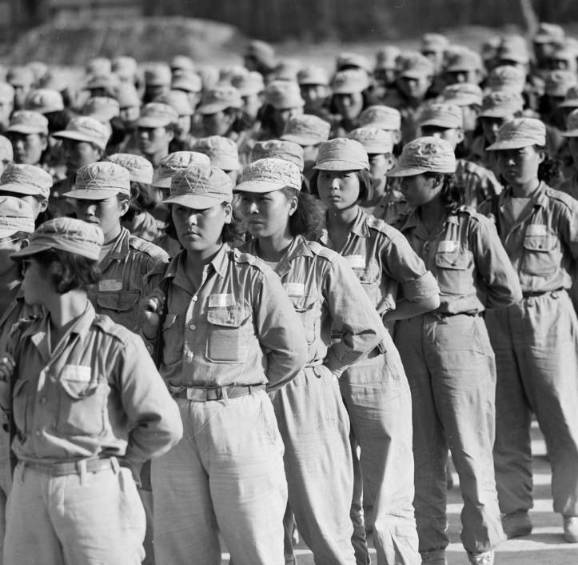 These Chinese soldiers are captured and are waiting for an exchange. Australian soldiers wore uniform hats, which were one of a kind among other armies US marine with bloody jacket, 1952 Another iconic photo of the Korean War: US marine feeding a kitten in the trench, 1952 US soldiers taking communion in barracks, 1952