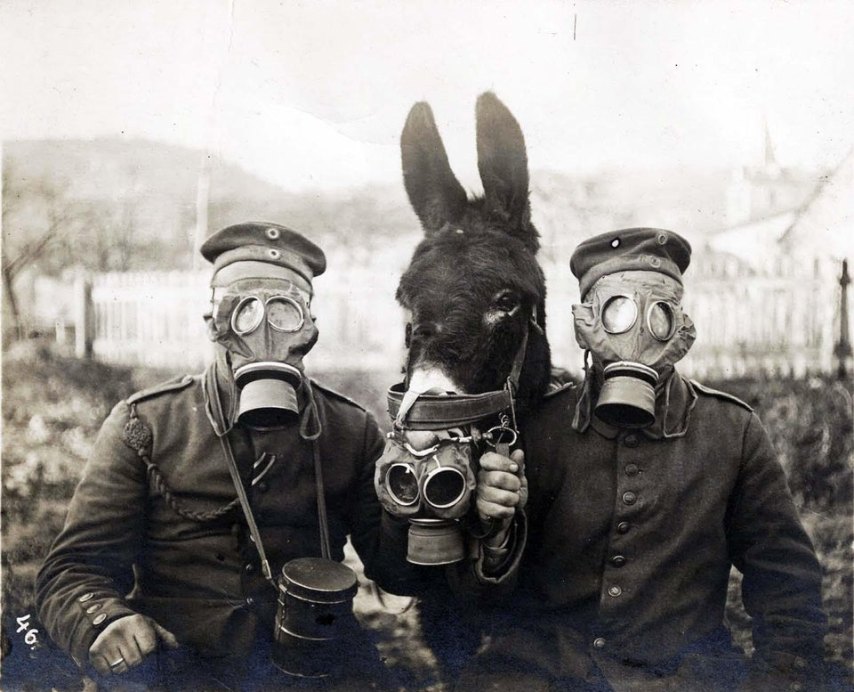 History of gas mask in photos: German soldiers and their mule

War history didn’t know gas attacks before WW1, and these photos will show you how combatants, civils, and sometimes animals, protected themselves with gas masks against this new mortal threat.

The historical appearance of gas attacks

Germans were the first to realize the efficiency of the gas attacks, but other countries followed them very soon. The very first german forces used chemical shells on April 22 versus the french division. Russian forces faced the green gas threat on May 31, 1915. A greenish cloud that appeared above the trenches at about 3:30 a.m. was mistaken for a well-known smoke screen, usually followed by an attack. Therefore, reserves tightened around the front line, and the forward line as crowded as possible. 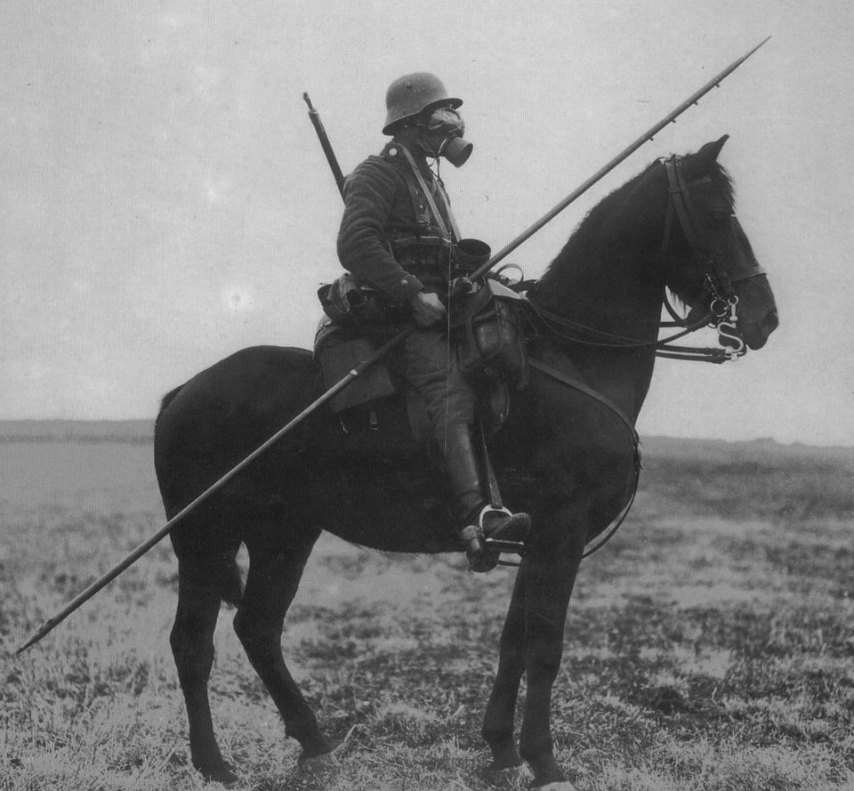 All allied countries started their researches towards any protection from gas attacks. Russian scientists played an exceptional role in the history of chemical warfare, and in particular, in the history of the development of gas masks.

Both in the pre-war period and during the war of 1914-1918, there were many outstanding world-famous scientists among the Russian professors. Most of them were involved in defense researches. History of gas masks in photos: horses needed protection too

The best mean of protection involved activated charcoal, which performed as a natural filter for gas masks. The crush-testing was pretty simple: sulfur was burned in an empty room, and when the concentration of sulfur dioxide reached a level at which it was impossible to enter the room without a gas mask, people came into it with worn gauze bandages, between the layers of which fine-grained activated charcoal was wrapped. Charcoal showed the best result when used with a tight fit of a gas mask.

Nonetheless, the history of the gas mask is not that simple. Russians somewhat improved gas masks and adjusted them to the gas attacks protection then invented them. Let’s note that the modern gas mask was designed in 1912 by the American Garret Morgan. True, it was intended to protect firefighters and engineers during toxic environments works. Lewis Haslet claimed the first American patent for a “lung protection device” in 1849. The German Alexander Drager patented his gas mask design in America in 1914. All of these history devices are here, in this gas masks photos collection. History of gas mask in photos: German soldier and his dog 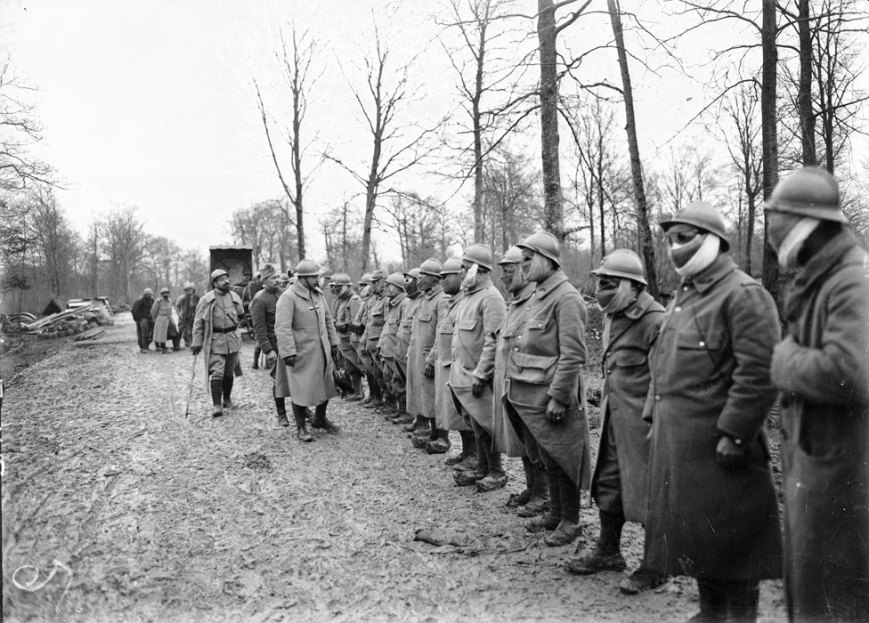 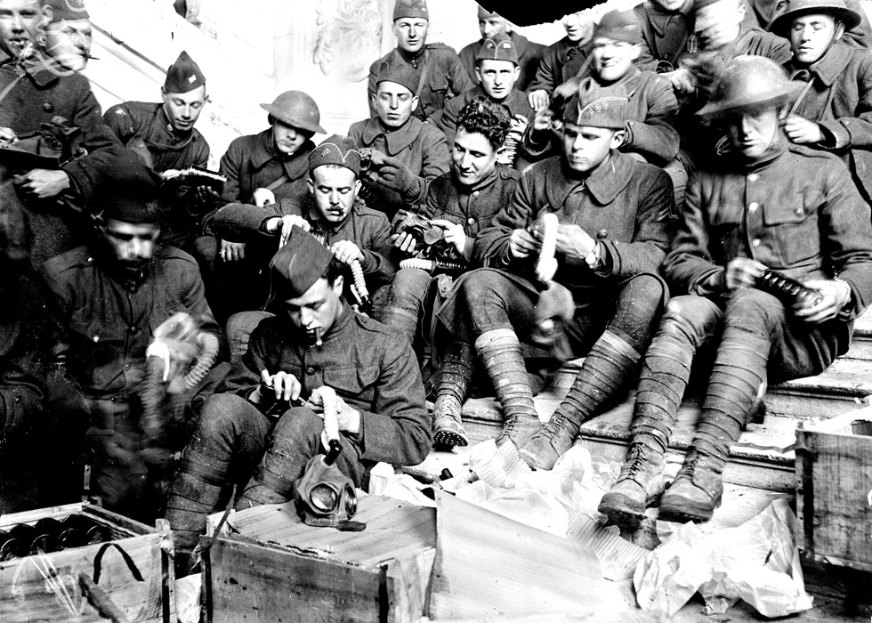 US soldiers are checking their gas masks, WW1. 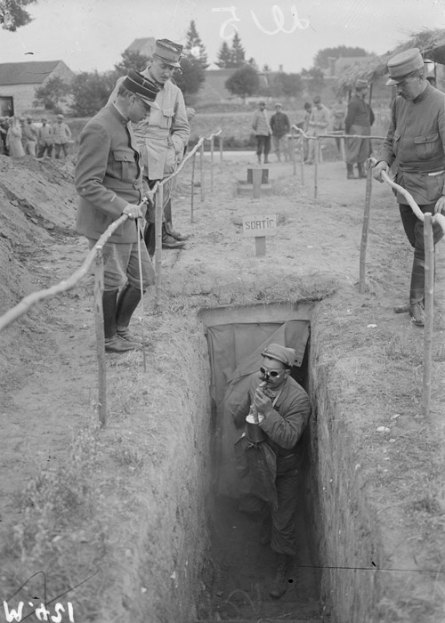 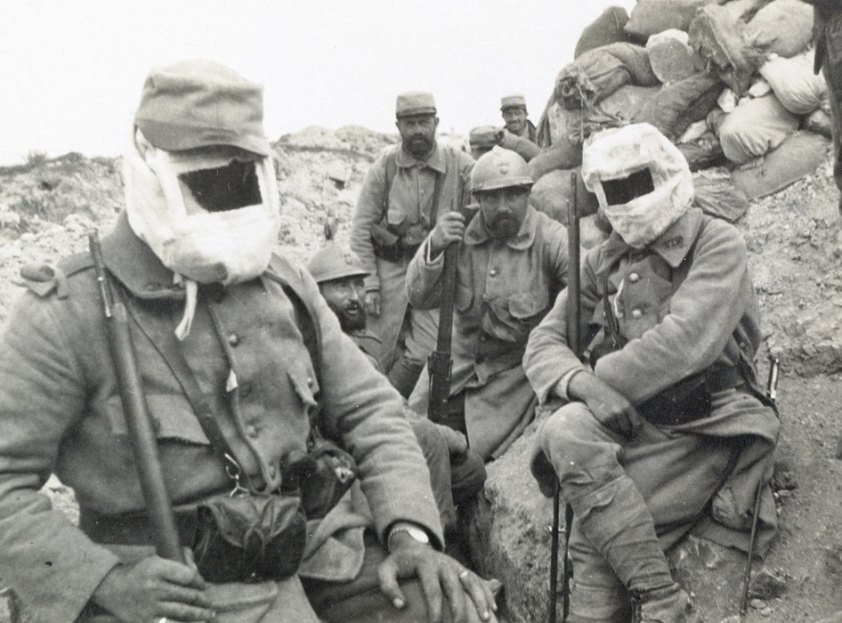 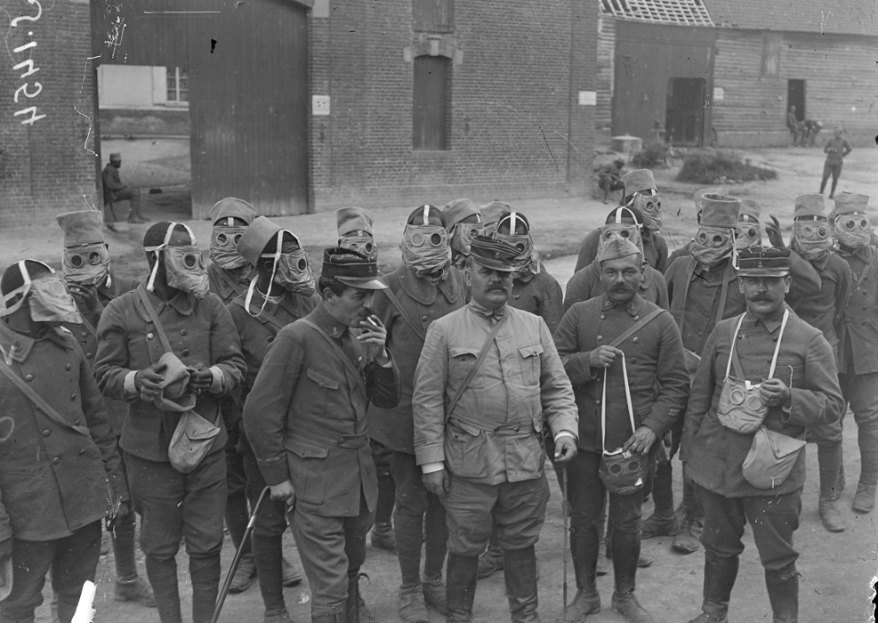 Soldiers from Senegal are training to wear gas masks. 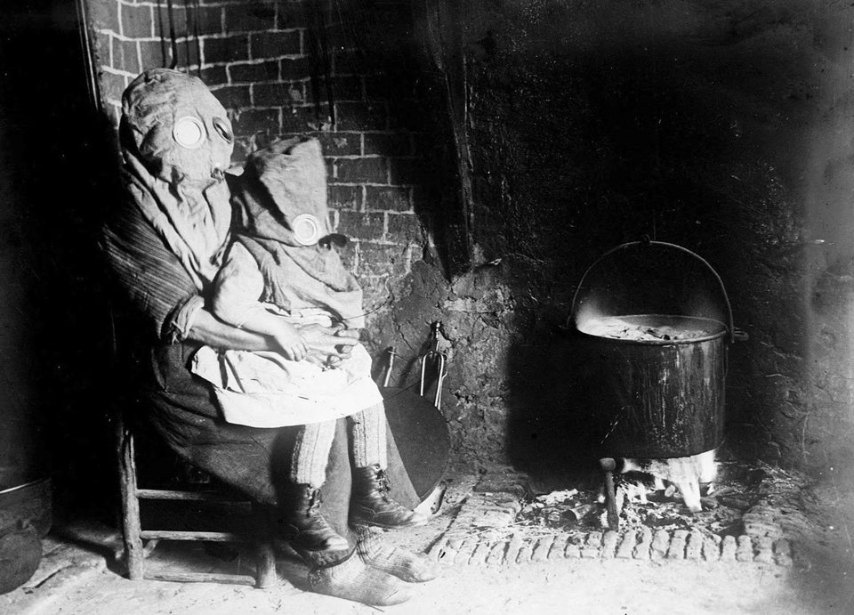 Mother and child wearing gas masks, somewhere in the French countryside along the Western front, 1918 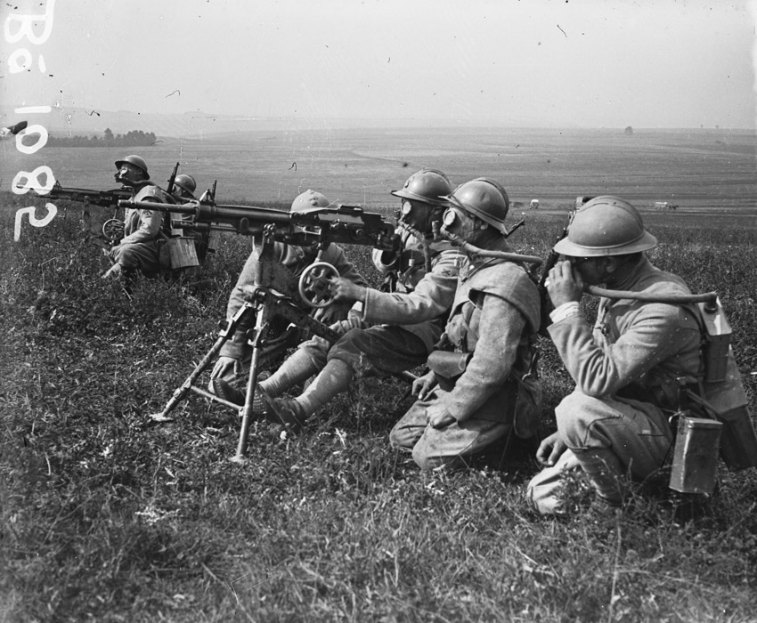 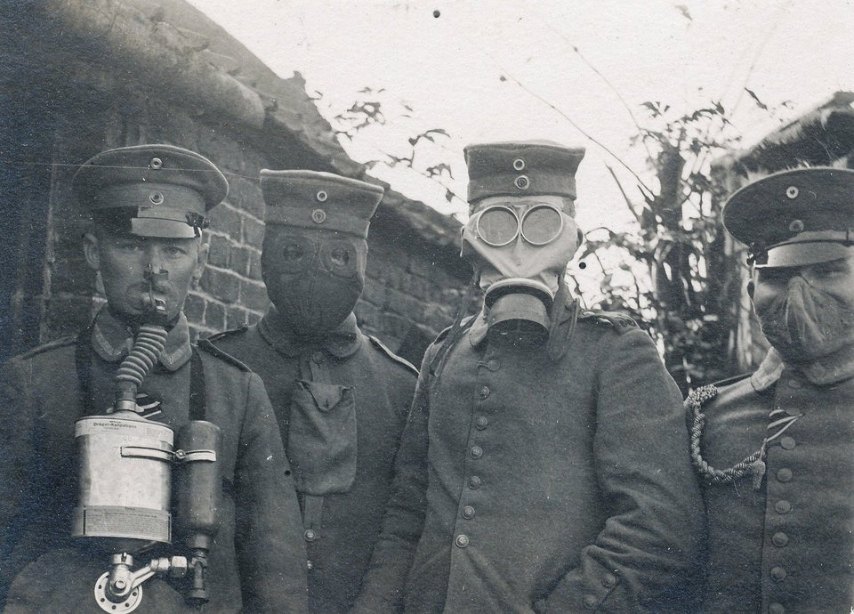 German soldiers were wearing four different types of gas masks that were used in the early years of World War 1, c. 1916 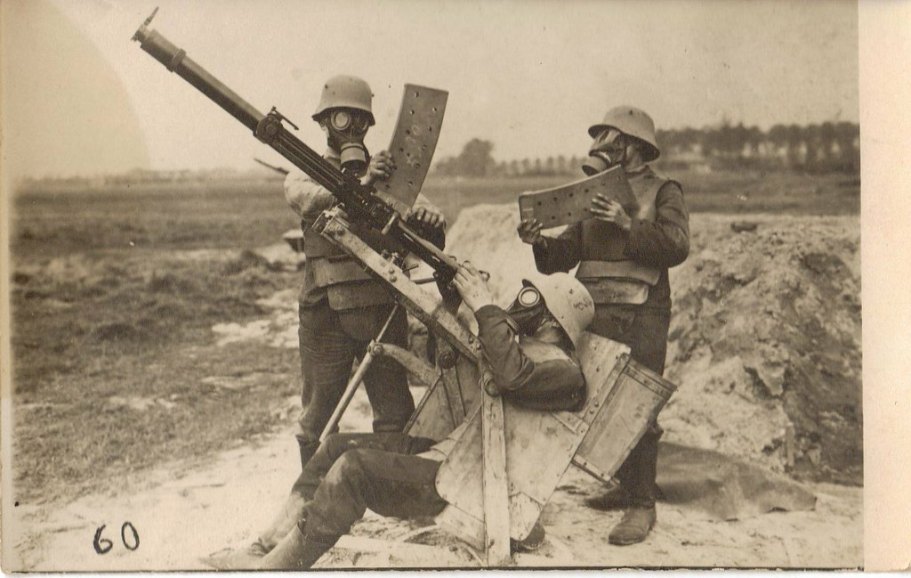 History photos of Gas mask training before the battle of Somme French soldier with a dog in a gas mask History picture of the anti-gas sign: Wear the mask! History photos of children of Reims in gas masks, 1916 History photos of the bell in Marna that alarmed about gas attacks, 1917 History photos of the Verdun battle: German soldier in a gas mask An armed German soldier wearing a gas mask posing with a sign celebrating Easter and an Easter egg snowball in a trench on the Eastern Front, 1917 An American soldier chokes on phosgene gas after failing to put on his gas mask in time. History photo of a nurse wearing a gas mask, 1918 These cages saved post pigeons’ lives during the gas attacks.

100 most important pictures in history