A bloody execution during the Iranian Revolution, 1979 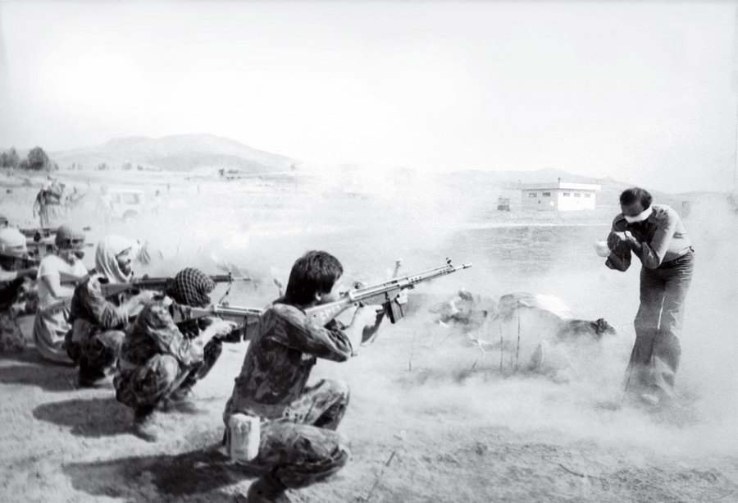 The Iranian revolution was full of bloody execution and Jahangir Razmi was an Iranian photo reporter who was lucky enough to capture one of them at the Sanandaj Airport, on August 27, 1979. Razmi took 70 pictures during that day, and one of them was destined to become world-famous and win the Pulitzer Prize in 1980. The prize went to the ‘unknown photographer,’ just like in the case of the Chilean photographer Orlando Lagos who captured ‘The last stand of the president Allende.’ The name of the photographer became known only in 2006. In 2007, Ramzi received 10 thousand dollars for this shot and already a nominal Pulitzer prize. Later this image was named among other Top 100 most influential photos, according to Time magazine. 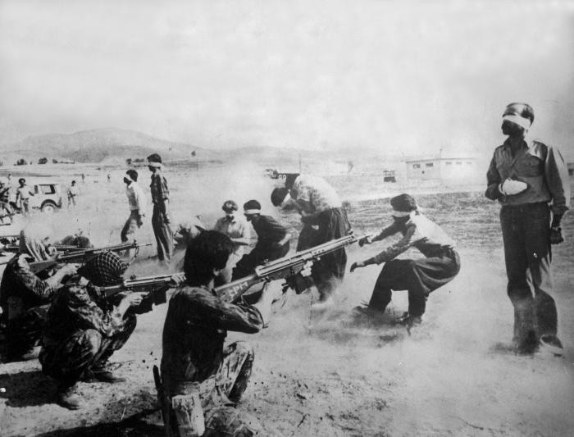 An execution in action

Iran-born Jahangir Razmi acquired his first camera at the age of 12. It was a very basic soviet device called ‘Lyubitel’ (The Novice). He started his photography career with a photo of the dead schoolgirl in uniform, shot and killed by a classmate. This image went to print in the local Tehran newspaper.

After the regime of Iranian ruler Ayatullah Ruhollah Khomeini expelled Shah from the country, on August 16, 1979, the Persians decided to crush the Kurdish uprising, as the Kurds demanded autonomous status for their region.

Razmi received his editorial assignment to capture a trial of Kurdish rebels. On August 27, he traveled to the city of Senendage, the capital of Iranian Kurdistan. One of the airport halls served as a courtroom where a Shiite judge, Sadegh Khalkhali, sentenced 11 people to death. They were accused of weapons transportation, riots appeal, murders. The prisoners, some with nationalist or socialist views, denied everything. Ten were sitting on a bench, and the 11th was lying on a stretcher near the hall entrance. 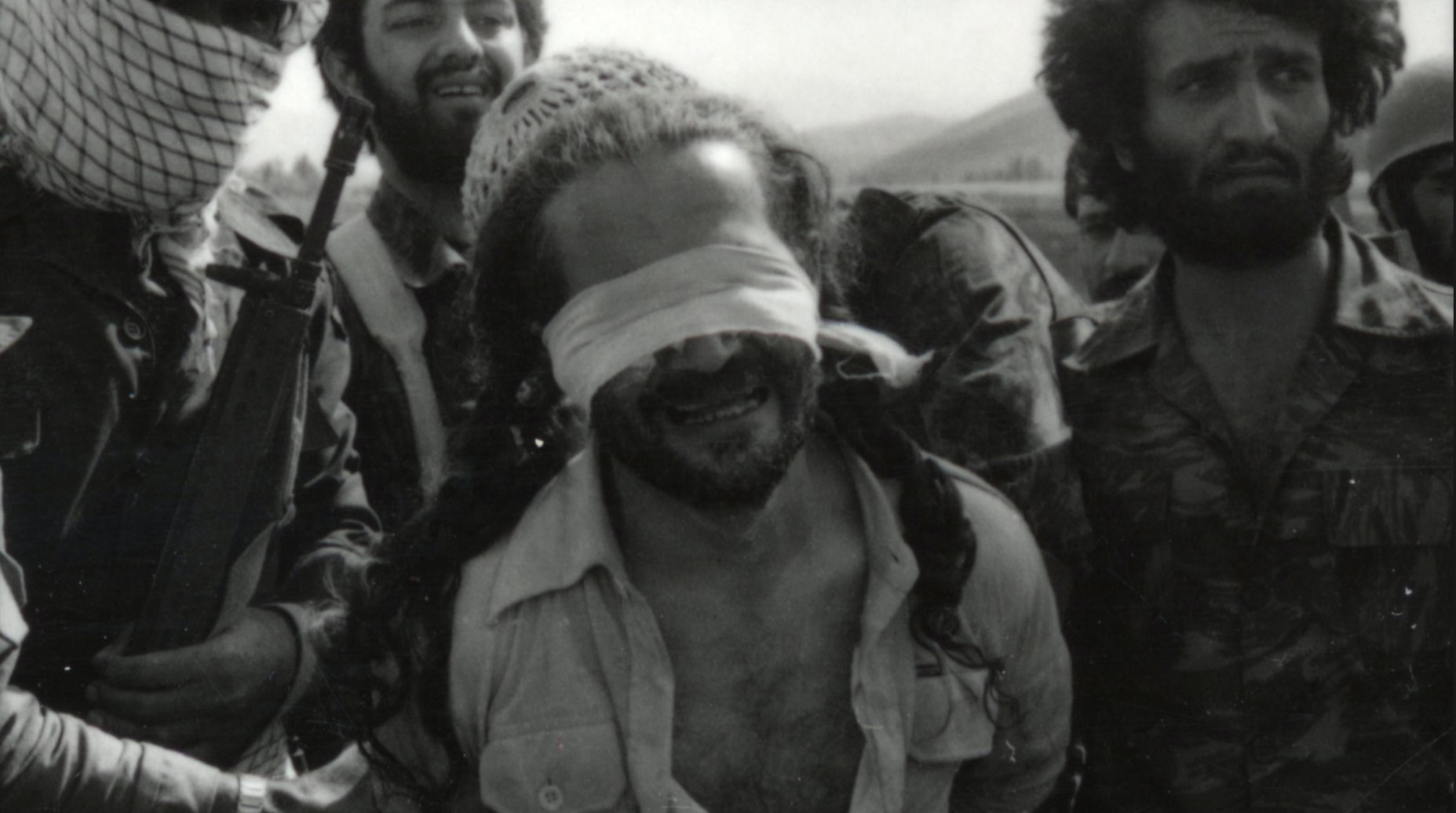 Essa Pirvali is crying for mercy.

Nine Kurds and two former officers of the Shah’s secret police Sawak just heard their death sentence, a phrase from the Koran – “corrupt on earth” – mofsedin fel arz! Some men broke crying. Guards blindfolded convicted ones and pushed out of the building. At this point, Razmi began to take photos one by one, seeing no resistance from soldiers. One of the judge’s guards, whose name was Karimi, was dressed in a fancy white suit, black glasses, and two holsters. The procession streamed to the field. Armed Persians, except for one, wrapped their faces in shawls. They asked prisoners for the last word and heard nothing but cryings. One of the convicts was begging for mercy. His name was Essa Pirvali, and he was an apolitical cooker, did not belong to any party, but they found a gun during a search. Essa could not stand on his feet, and the rest of the prisoners were forced to keep him up. Men lined up in two rows. A physician Nasser Salimi raised his bandaged hand to his chest. 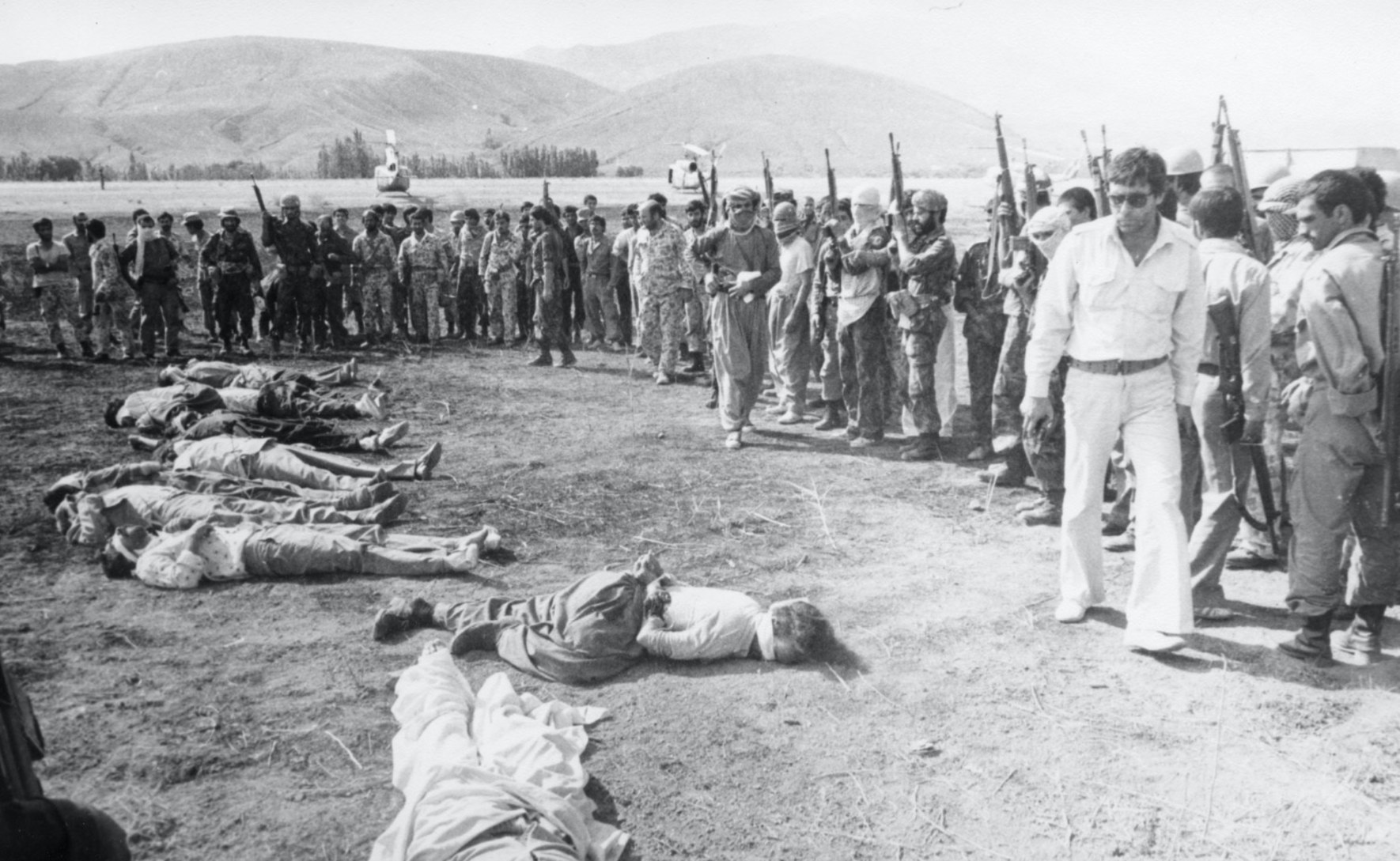 Karimi, the ‘white guard,’ examined the bodies and shot a few more times, aiming the head. He finished Asan Nahid, who was lying on a stretcher and showed signs of life. The ambulances arrived a few minutes later. They took the bodies away, and the airport workers returned to work. The Iranian revolution hasn’t ended on that day, and Razmi and his colleague followed the guards towards another execution.

Those crimson days led to some civil protests against the theocratic rule of Hameni, but all of them failed miserably. Iran switched to the Muslim fundamentalism and lost its chance to become a modern state. 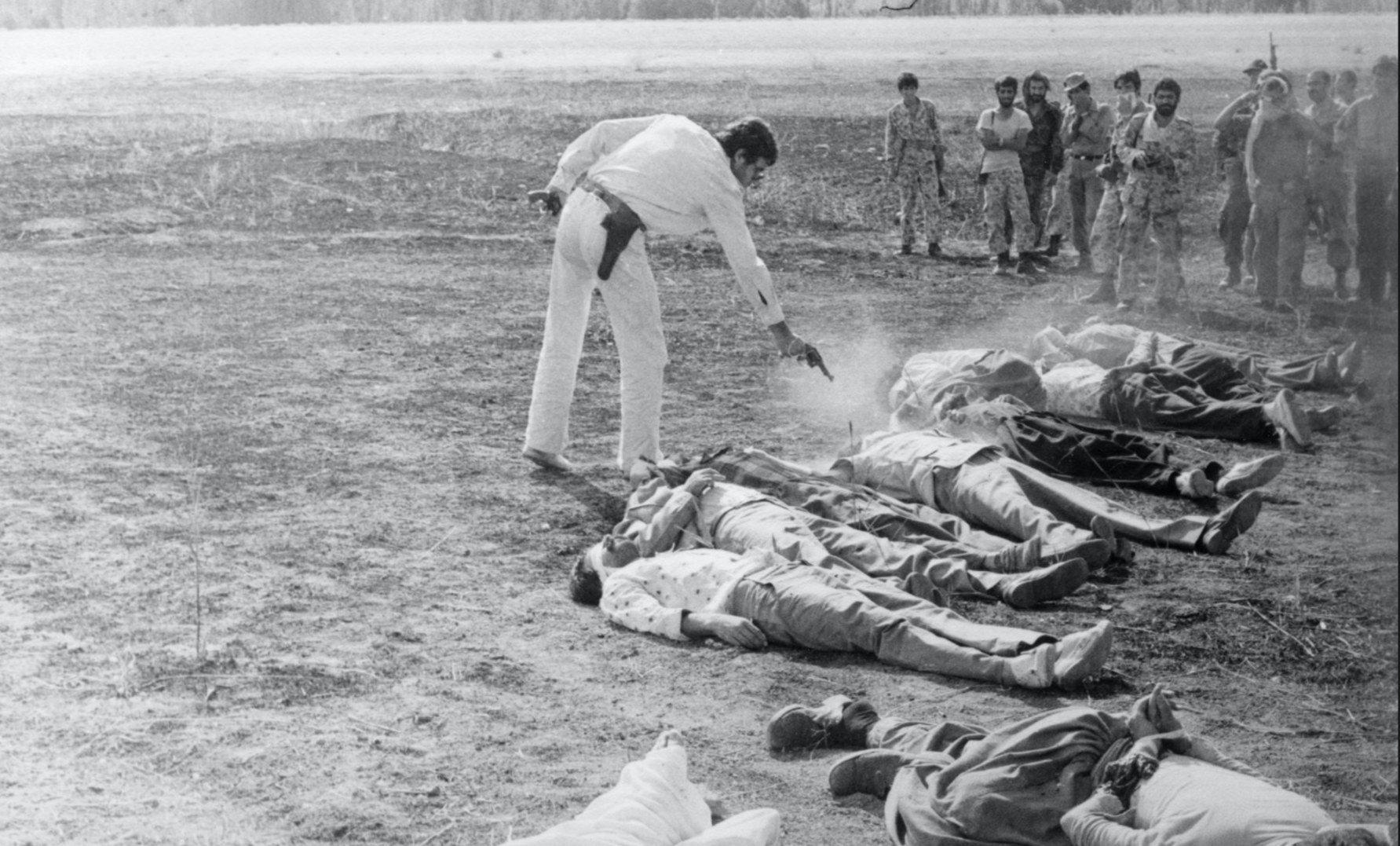 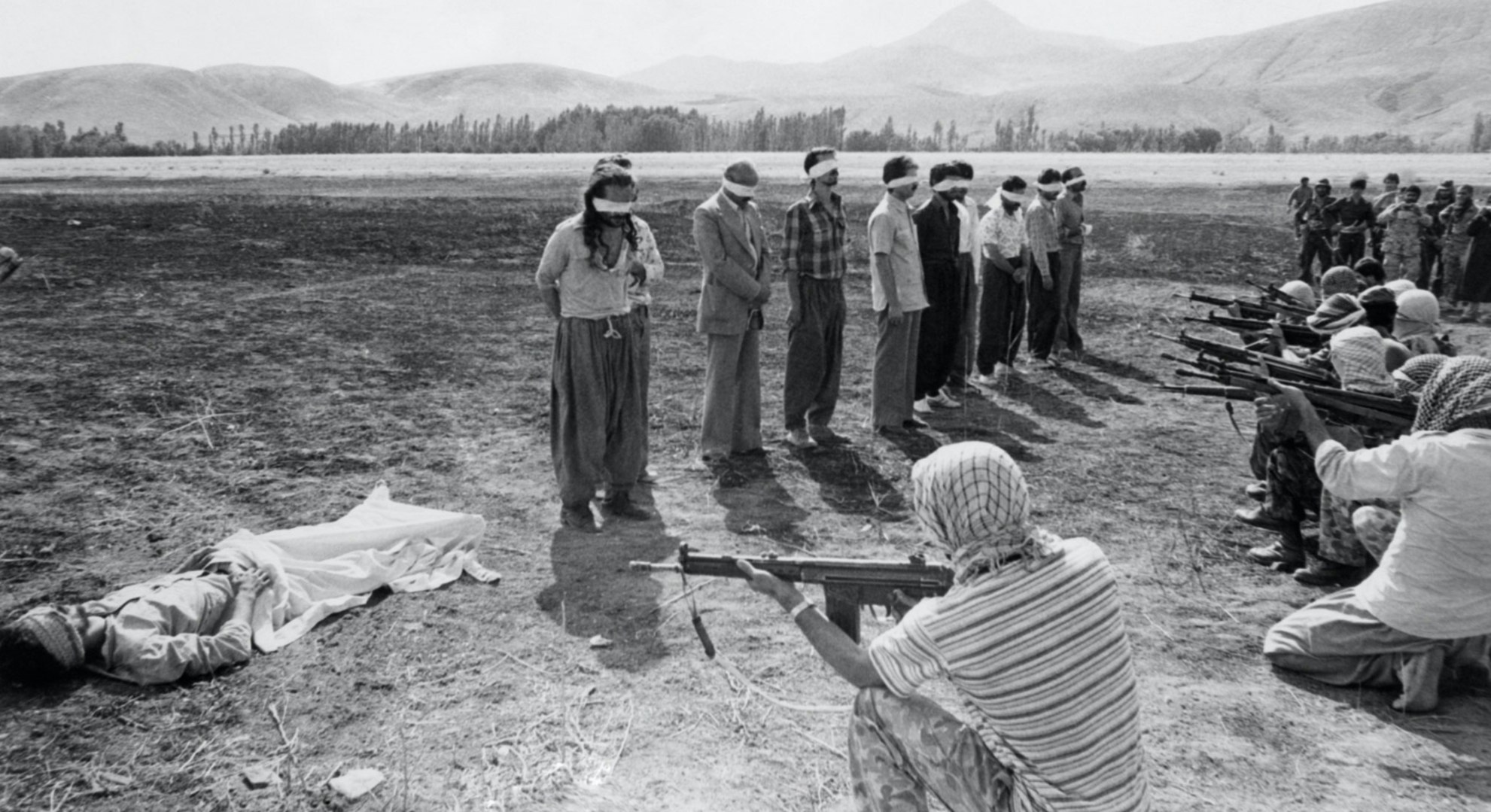 Jahangir Razmi was lucky enough to stay anonymous after these photos were published. 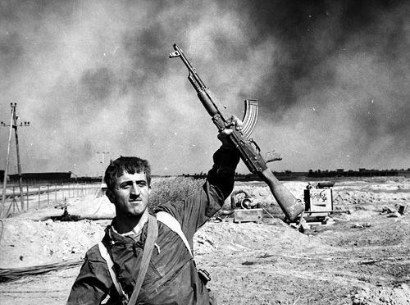 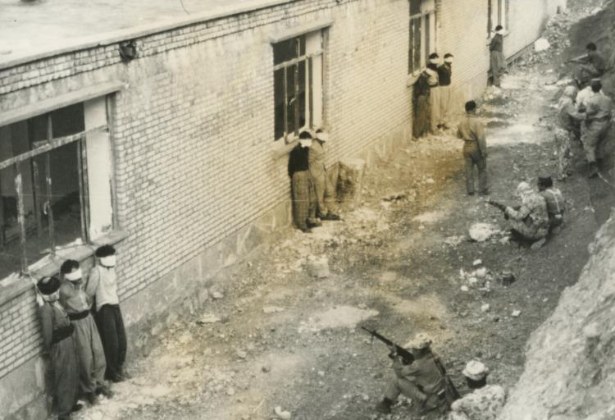 Another public execution of that day, Iranian revolution, 1979