Yakov Dzhugashvili imprisoned by the Germans, 1942 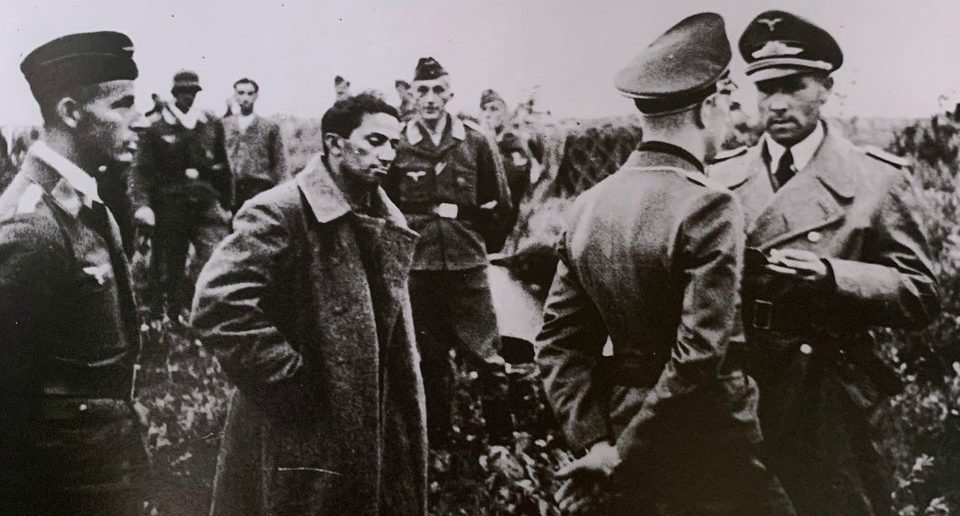 A historic photo of Yakov Dzhugashvili, son of Joseph Stalin, and german officers, 1941

Yakov Dzhugashvili’s face in this historic photo expresses no hope. The reason is pretty simple: Stalin’s son realizes that he’ll end his days in the German concentration camp.

Joseph Stalin’s relationship with his elder son Yakov was very complicated. He tried to orchestrate the son’s life but always met resistance. The pressure was so intense that Yakov Dzhugashvili even attempted to commit suicide, but with no success.

When WW2 broke out, Stalin told Yakov Dzhugashvili ‘Go and fight’. And Yakov followed fathers commandment, as he was an artillery officer.

Yakov Dzhugashvili disappeared on July 16, 1941, when he was fighting his way out of encirclement near the city of Liozno. According to a three-page report by Brigade Commissar Alexei Rumyantsev, the unsuccessful search for Stalin’s son continued until July 25.

The photo captured a historic moment of Yakov Dzhugashvili escort to the concentration camp in September 1941.

Yakov Dzhugashvili was mentioned in the German documents for the first time on July 18, 1941. The original protocol was found after the war in the archive of the Ministry of Aviation in Berlin. The interrogation scrip says that Yakov stated that he proudly defended his country and its political system. Still, at the same time, he shared a disappointment with the performance of the Red Army.

Jacob Dzhugashvili changed several concentration camps for almost two years. At first, he was in Hammelburg, then transferred to Lubeck, and then to Sachsenhausen.

There is a  propagandistic story about Germans offering an exchange of Yakov for Field Marshal Paulus, captured by the Red Army in Stalingrad. The story says that Stalin allegedly replied: “I’m not exchanging a soldier for a field marshal.”

The history of the Korean War in 34 photos

A group of men advertising for wives, Montana, 1901