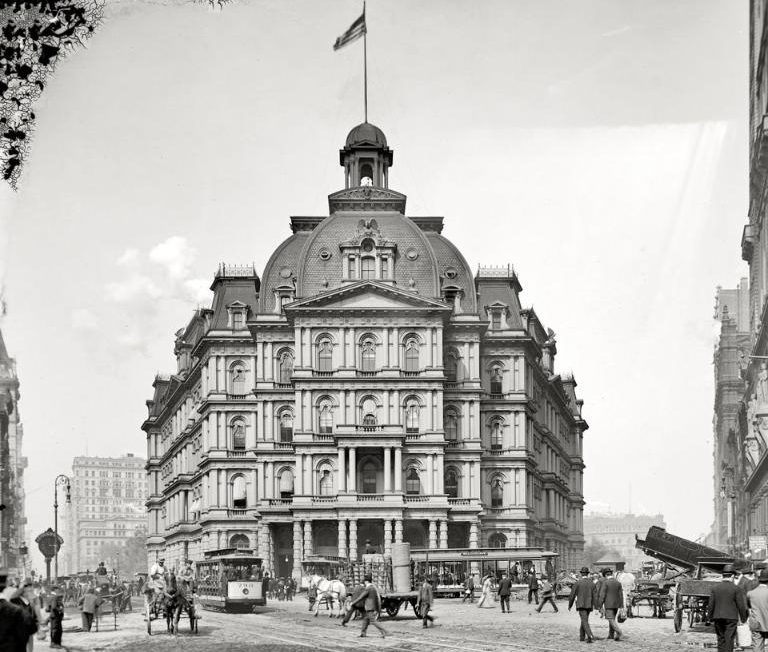 These beautiful photos captured New York in 1905, the so-called Gilded Age of the city. The ‘capital of the world’ as we know NYC today, shaped its architectural face, crowded by multinational immigrants, got ready for the skyrocketing historical booming growth.

In 1905 New York City was a city of spectacular architecture, large and beautiful parks and squares, unique mansions, and magnificent public buildings. That was a result of the tremendous economic growth which continued for several decades before. 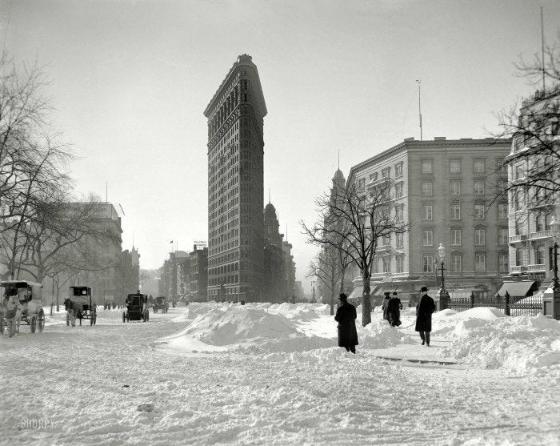 The Flatiron building is considered to be the first NYC skyscraper.

But there was another layer under this golden city surface. It consisted of immigrants, tenements, and sweatshops, which lived in parallel with life-celebrating wealthy city elite. Both these two worlds contributed to the unique city identity, which made NYC the ‘city of cities’, ‘capital of the world’.

In 1905 New York witnessed the overwhelming “metropolitan industrialism” and the meteoric growth of its middle class, and specifically traders of all kind. Middle-class residential neighborhoods such as Washington Square and Astor Place had their areas of cultural refinement, that seemed to live in the different reality with brawling hustle of the downtown commercial and financial districts. The first licensed pizzeria in the USA, Lombardi’s, at 53 1/2 Spring St. in NYC. Gennaro Lombardi and his pizza maker, Antonio Totonno Pero, 1905. City administration tried to keep streets as clean as possible… at least in the commercial downtown area. 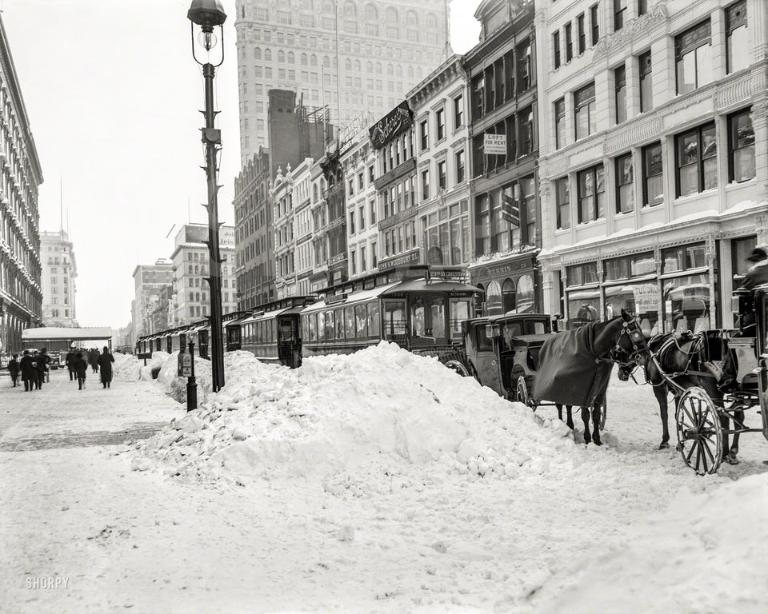 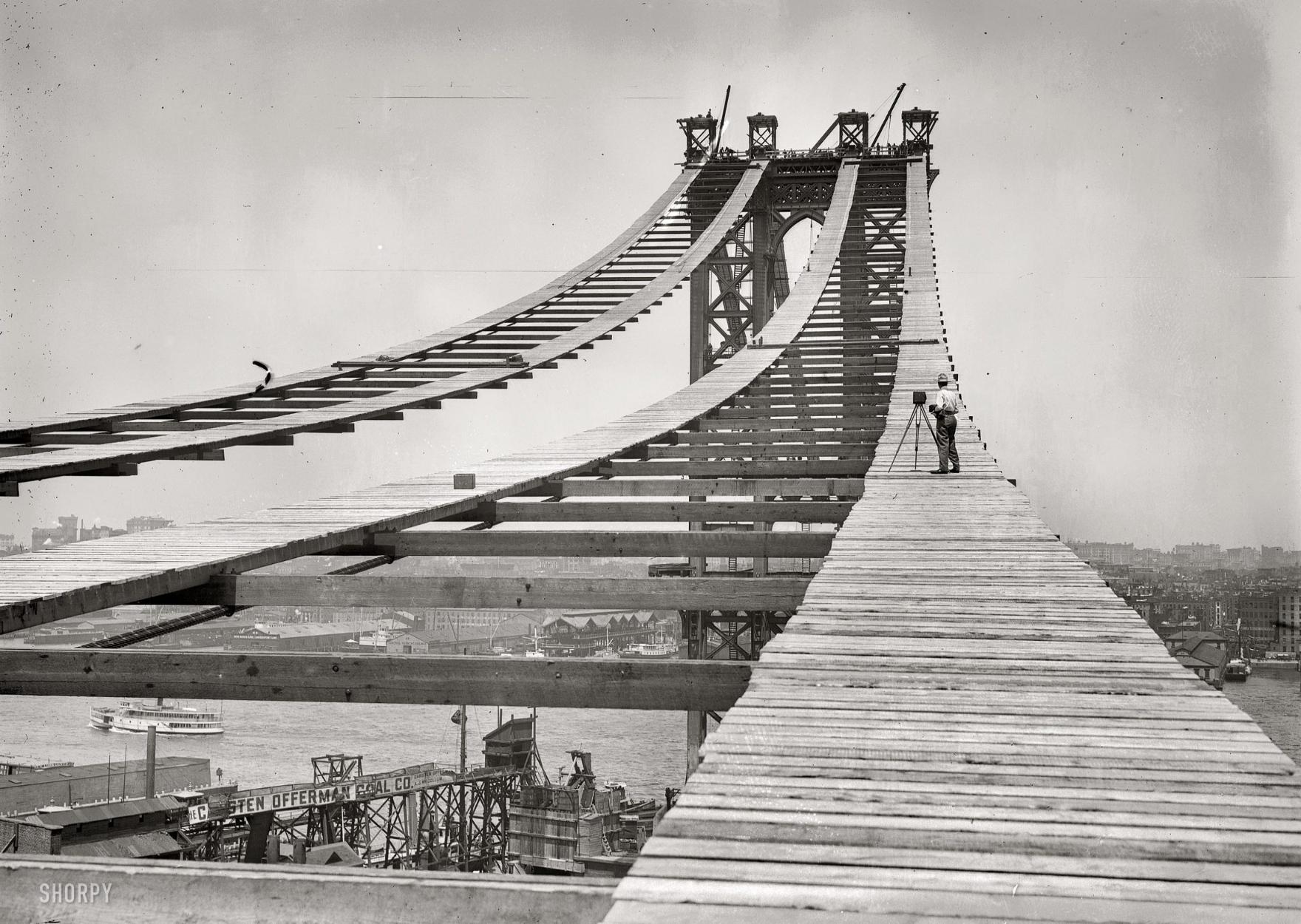 Another demolished architectural masterpiece: The Regiment Armory on the 34th street 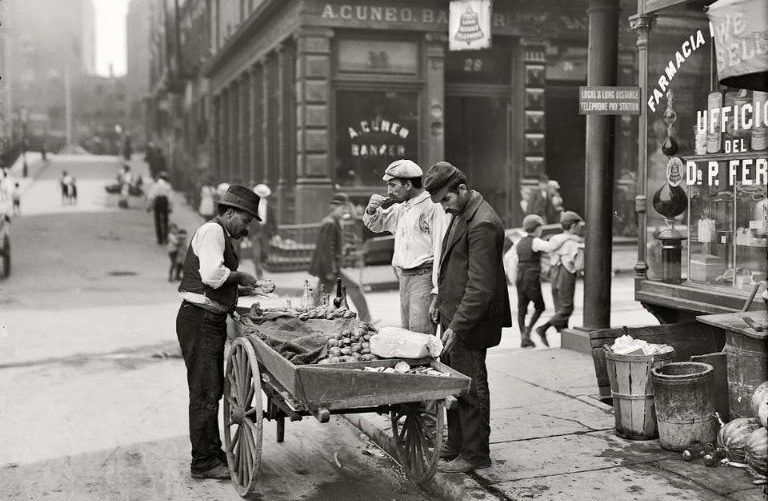 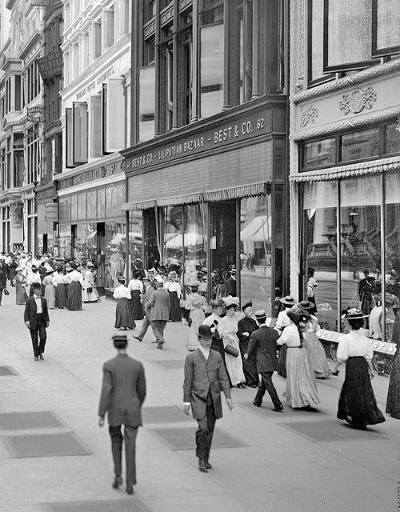 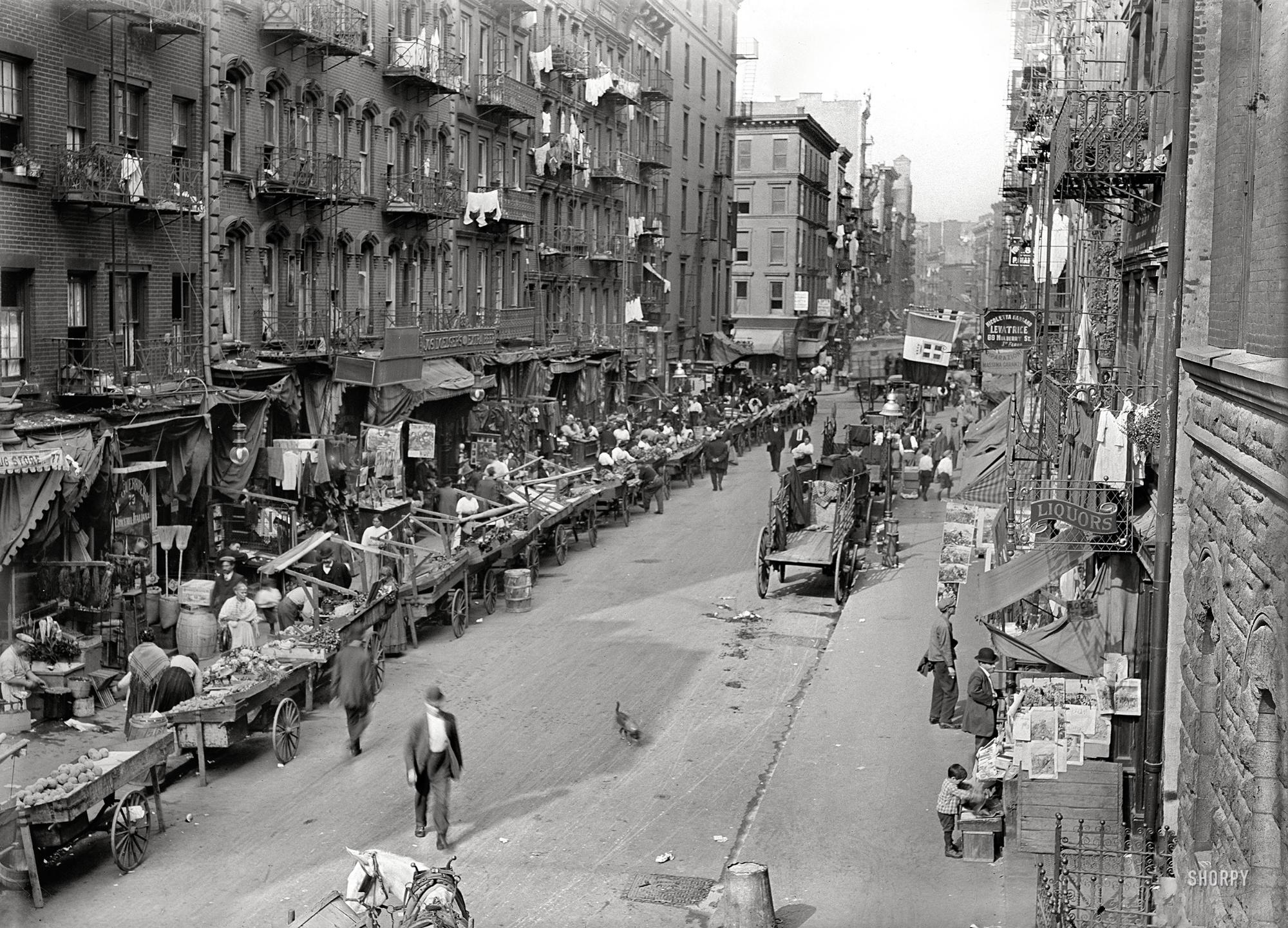 Italians liked to settle all together, just like other nationalities did—Italian village. Harlem in 1905 was just another overcrowded district of the NYC, without any skin color specifics. 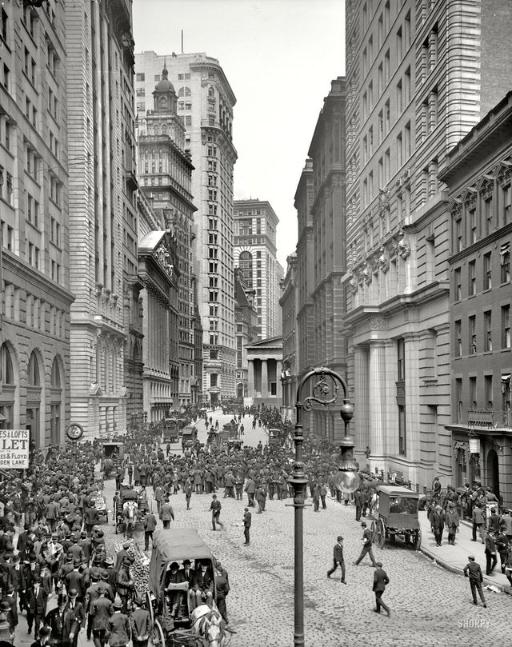 The financial district is not world-famous yet, but it has unique energetic already. 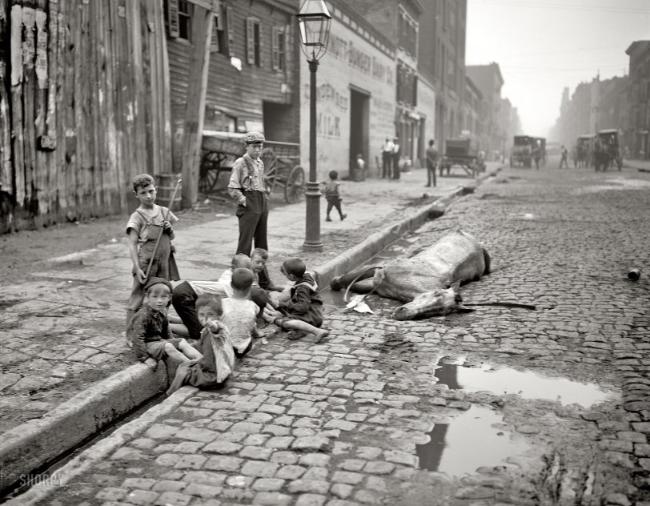 The grim end of the workaholic animal in the big city. 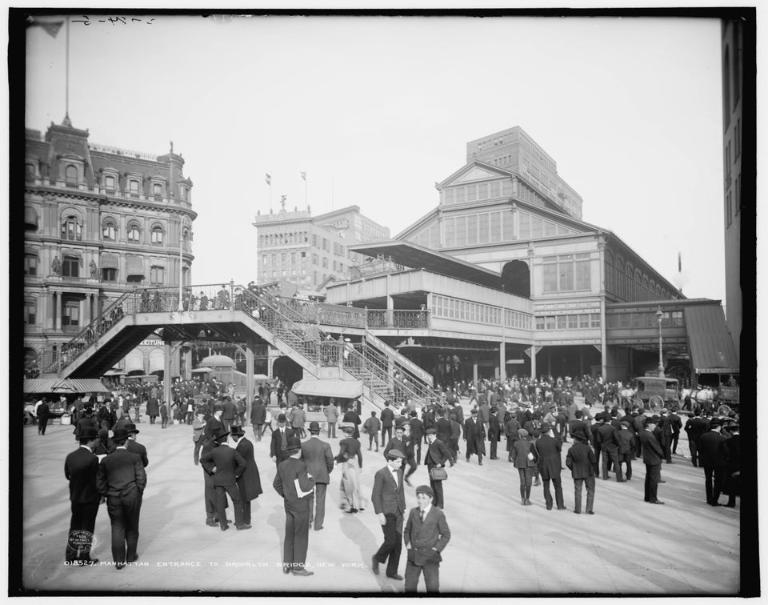 A famous picture of the photographer above the 5th avenue 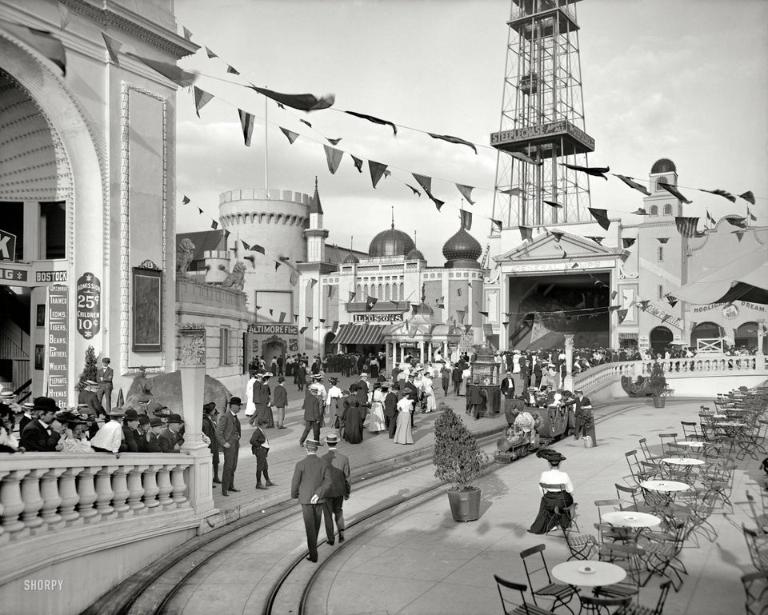 The park was created by William H. Reynolds, who was a very successful Brooklyn real estate developer who had his hand at many city’s public constructions (and state senator in the past). Reynold’s idea was to compete with Luna Park, a neighboring amusement park opened in 1903. Dreamland was supposed to be refined and elegant in its design and architecture, compared to Luna Park with its many rides and chaotic noise. Another nice addition to New York 1905 in photos collection. 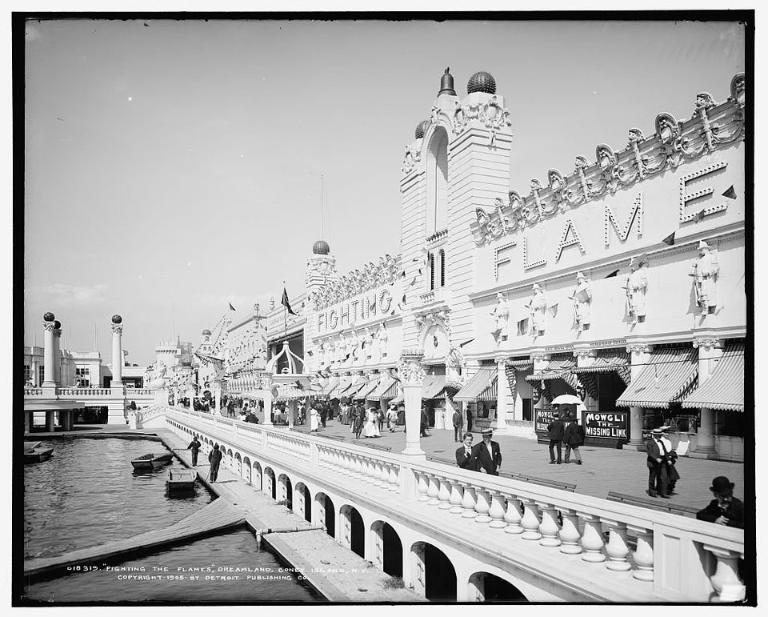 A taxi cab in 1905. This horse seems to hate Uber already Just imagine the work conditions of these subway builders

The first Subway stations were launched in 1904, but the city continued to construct its underground transport intensively.

By Anna Ramirez
5 Mins read
The special value of these 1920s pictures is that they are real color shots, not colorized. The photographers of the National Geographic…
CitiesStories

Yosemite and the best of Carleton Watkins photos - Old Pictures