Yosemite and the best of Carleton Watkins photos 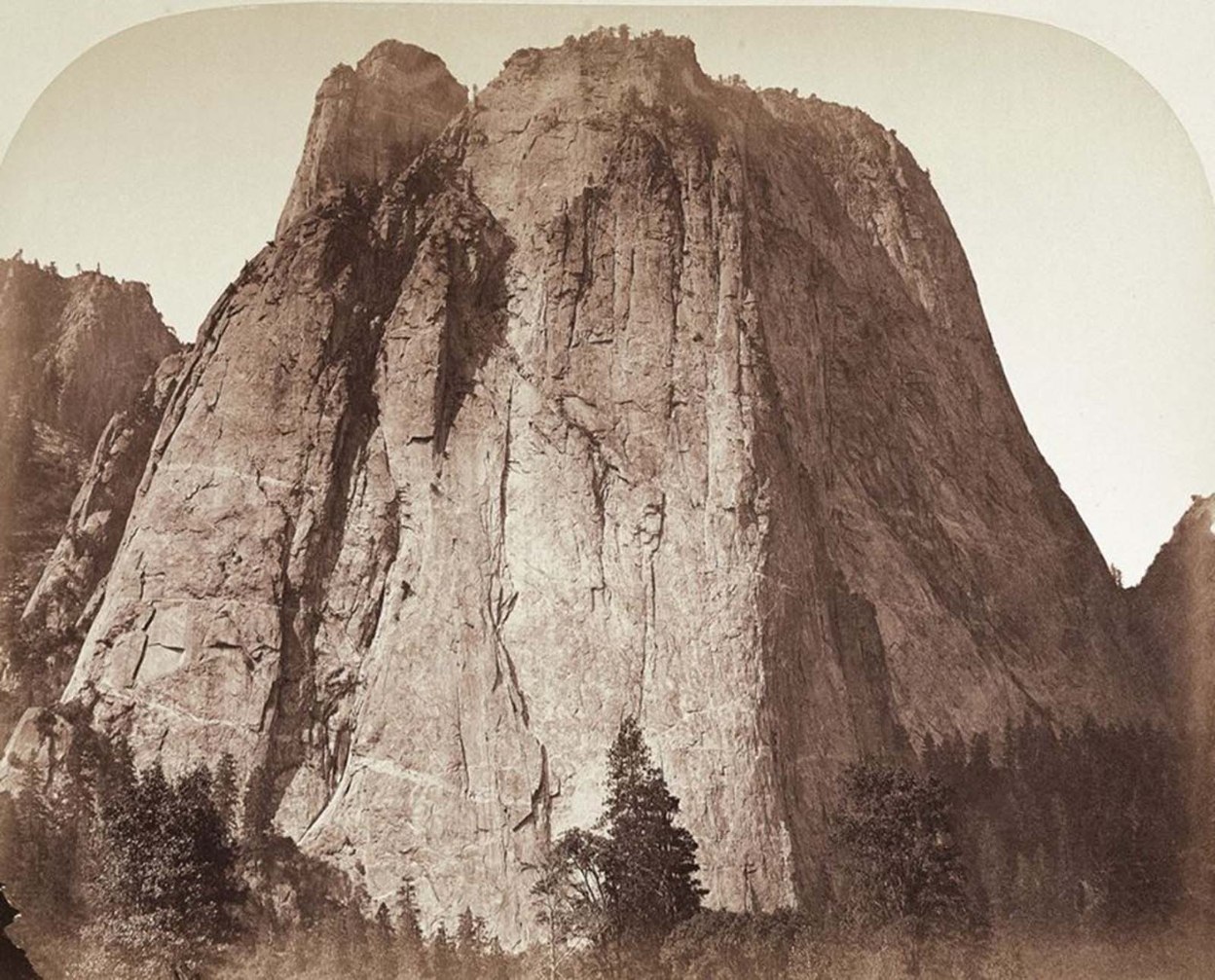 The finest creation of Carleton Watkins: The Cathedral rock, Yosemite, 1861

This photo of the Cathedral rock is another gem that was picked up by Time magazine for their collection: Top 100 influential photos in history. The author of this image is Carleton E. Watkins, and he is considered the most influential American photographer of the 19th century. His landscape photos shaped the understanding of the unique nature of the West, emphasizing the ‘heaven-given land beauty given to the free people of the United States,’ as Carleton used to say. And, yet to mention, his Yosemite photos served as indisputable evidence of the necessity for Congress to adopt the National park bill, signed later by Abraham Lincoln. 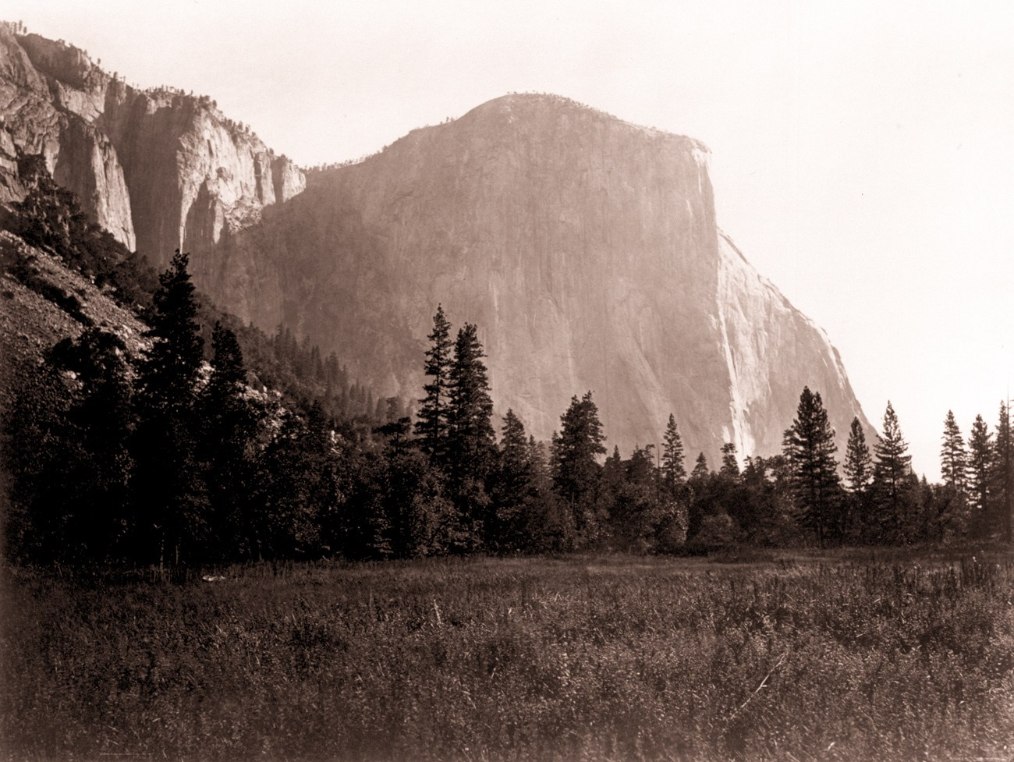 El Capitan at the Foot of the Mariposa Trail, 1961

The art of taking an exceptional picture was a different, much more complicated story in the 19th century. To make his photos Carleton E. Watkins, born in 1829 in New York, had to handle oversized and overweight mammoth cameras to be able to capture the beauty of the American West (well, together with other regions of the country). The geography of his creations is mindblowing when thinking of how much time and resources he spent to take those images: Yosemite Valley, Columbia River, the Sierra Nevada, and the Pacific Coast in Oregon. While traveling through these beautiful places, Carleton became an avid hunter and fisherman. He remembered that these his rifle and pole saved his life and allowed to take longer trips into the wilderness. 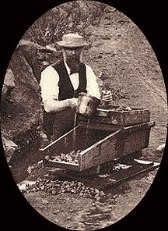 The rare image of Carleton E. Watkins with his mammoth camera

Mastering the difficult art of photography

Watkins soloed his adventurous trips, packed his cameras, tripods, dark tents, glass plates, and chemicals through wilderness, harsh terrain including. He learned how to make hour-long exposure to take the best pictures that continue their life path through the decades. His passions to photography and landscapes brought his pictures above the craft, curved his images in the history books. 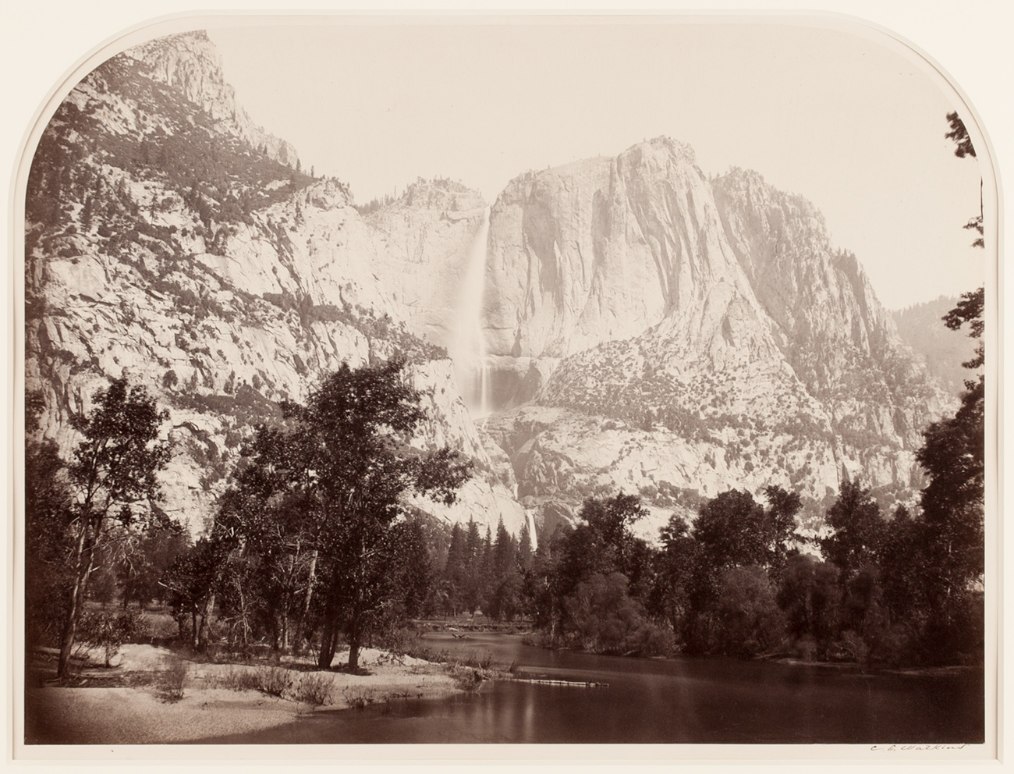 His technical and artistic approach spread his success overseas. In 1868, Watkins was awarded a medal for landscape photography at the Paris International Exposition. In 1873 he received the Medal of Progress award at the Vienna Exposition, in 1876 he repeated success at the Chilean Exposition.

Yosemite view from the Sentinel Dome, Down the Valley, 1862

The sad money story of the photo master

The genius photographer and passioned nature lover, Watkins lacked any businessmen skills. He didn’t bother about author rights, and his images were pirated a lot. Carleton thought that money would follow his awards automatically, but he had to declare bankruptcy and lost his San Francisco studio and his negatives to a creditor. Here’s how Carleton Watkins photos were lost. He borrowed at another photographer Isaiah West Taber, and after acquiring Watkins’ works, he was selling stereographs with Taber’s name on them. It was a painful, traumatic experience for the Carleton, but he started his photography career from scratch. 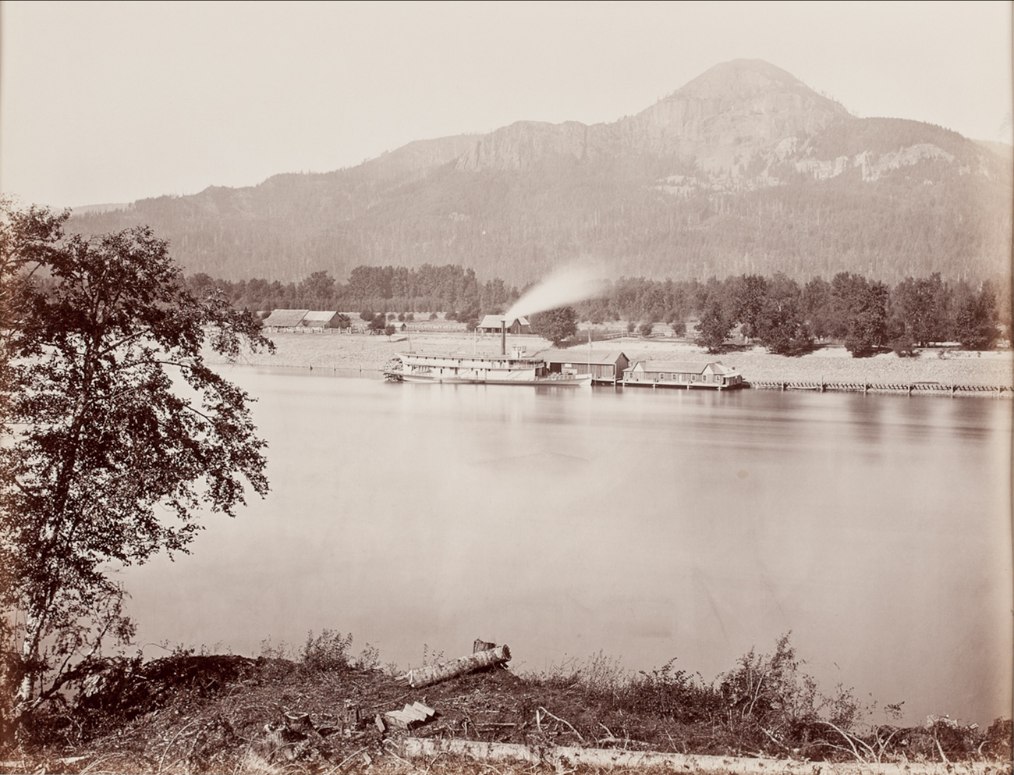 Steamer Cascade, at the Lower Landing, 1867

He expanded his working geography and photographed everywhere from British Columbia to Mexico and east to Yellowstone, Utah, and Arizona. Watkins produced numerous photo masterpieces until he almost lost sight in 1895. Bankrupted again, unable to pay his rent, Carleton moved with his wife and two daughters into an abandoned railroad car for 18 months. By 1897 Watkins was almost completely blind. 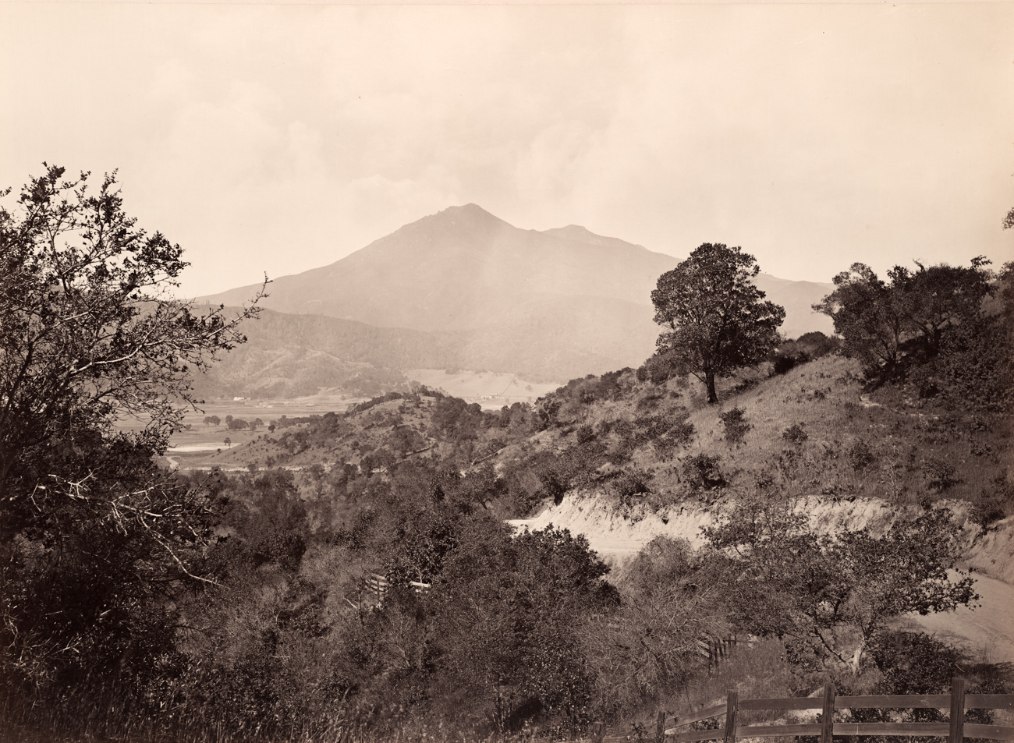 Another gem among the Carleton Watkins photos: Mt. Tamalpais, California, 1864

He lived for handouts until the 1906 San Francisco earthquake burned Watkins’ studio, and countless pictures and negatives, and most all of his stereo works were lost. Carleton Watkins photos were lost again. Master couldn’t deal with this loss, and in 1910 he was committed to Napa State Hospital for the Insane; his wife began to say that she was a widow. Carleton Watkins died in the asylum six years later at age 87. He was buried in an unmarked grave on the hospital grounds. 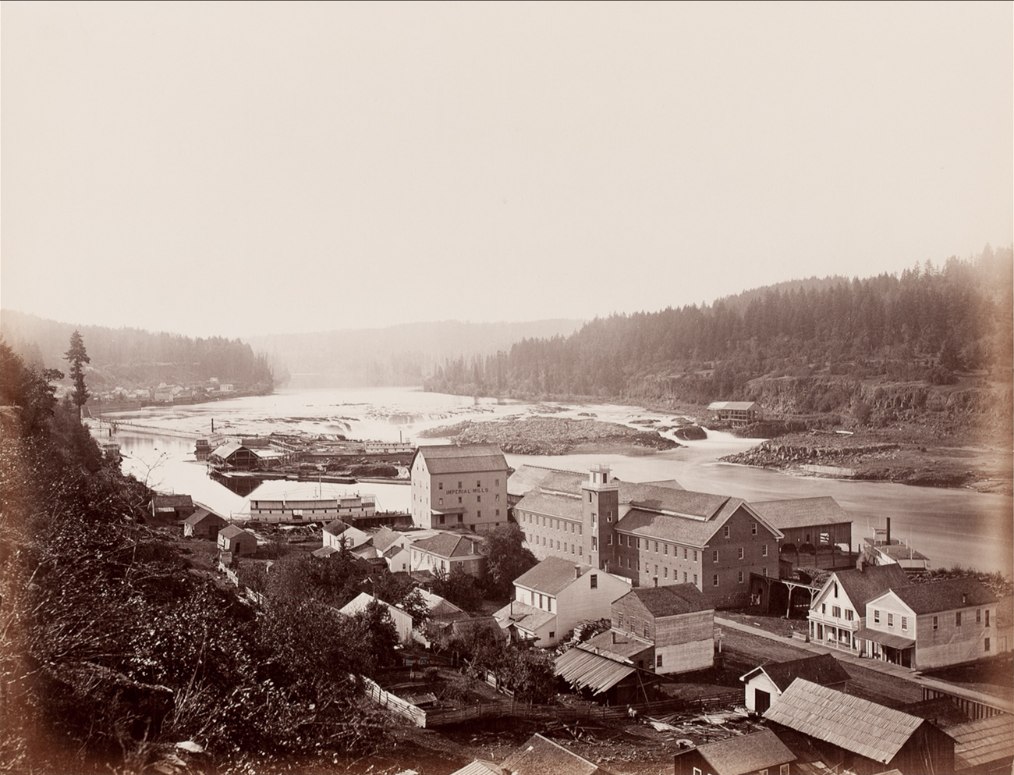 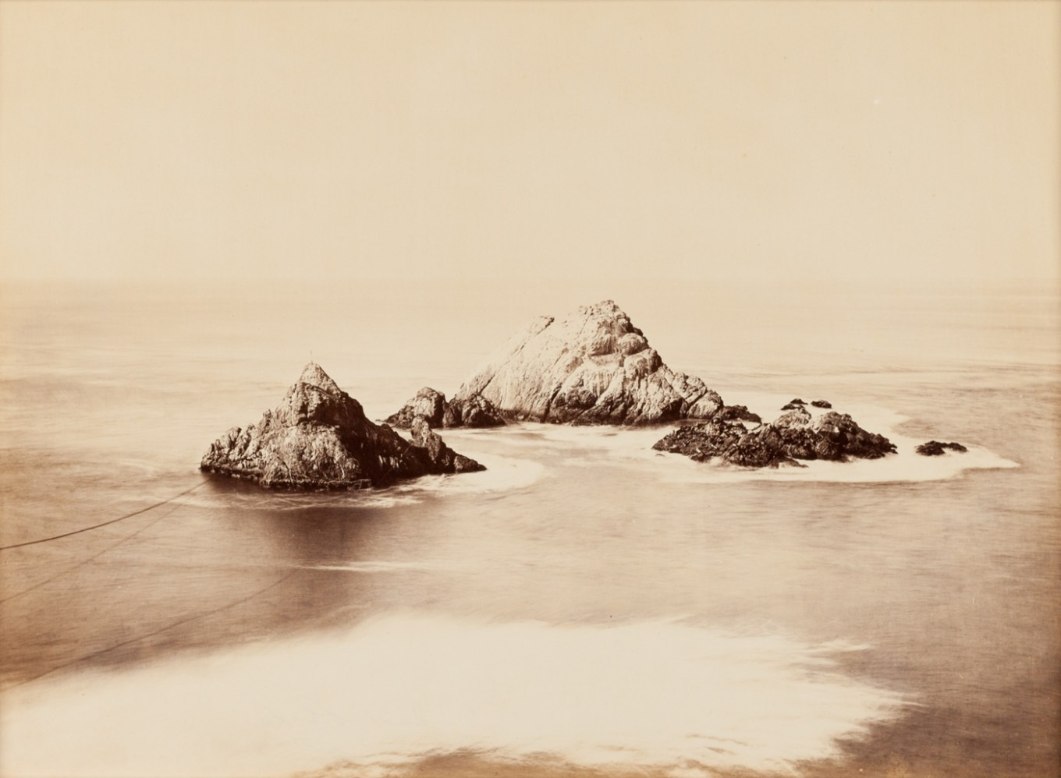 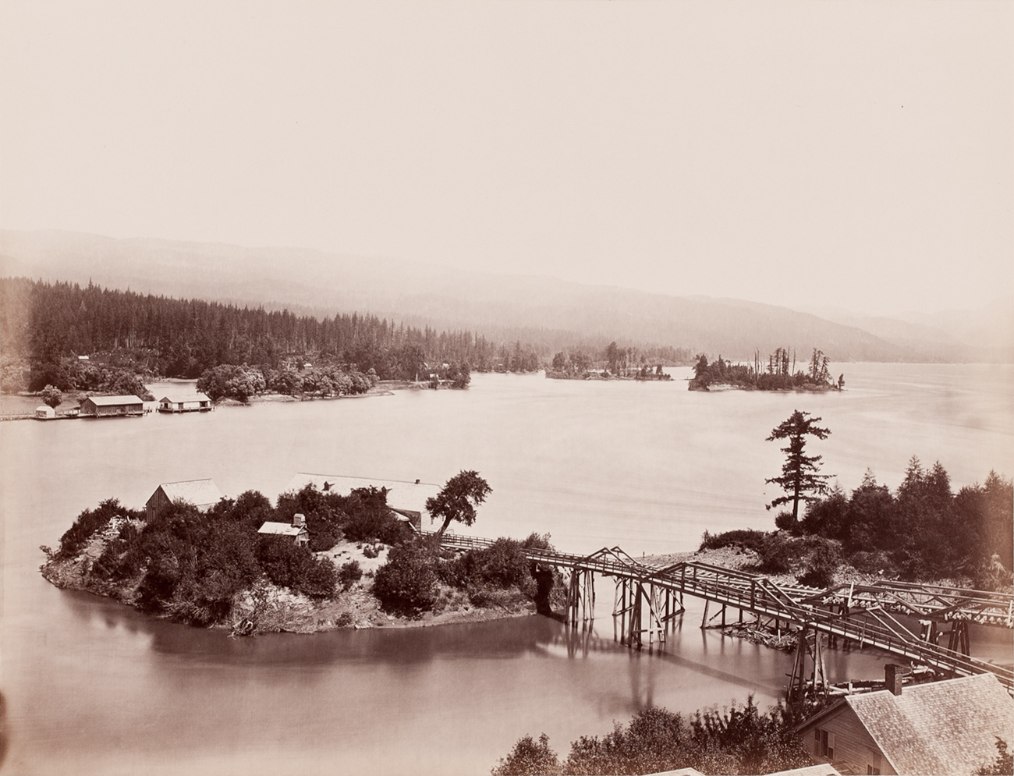 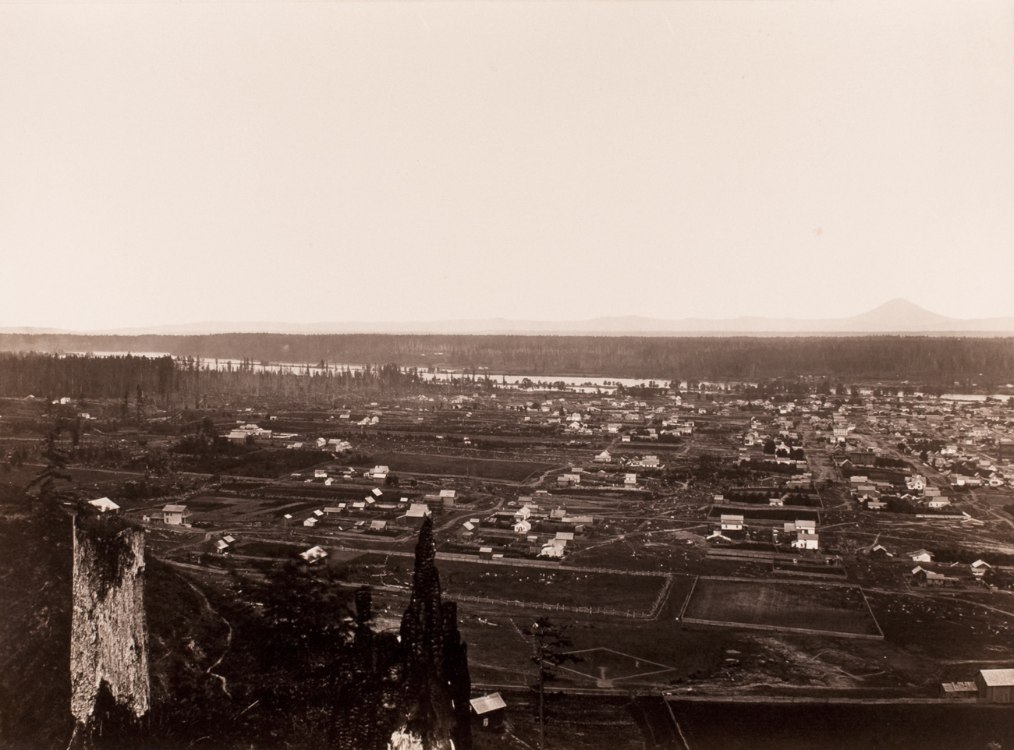 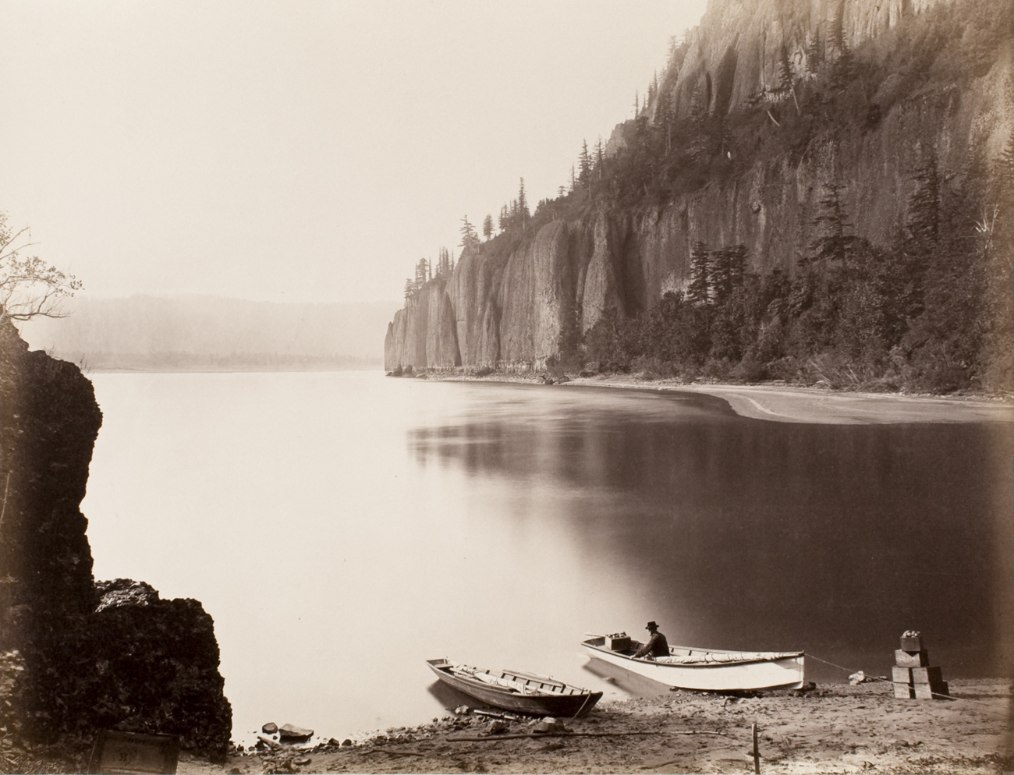