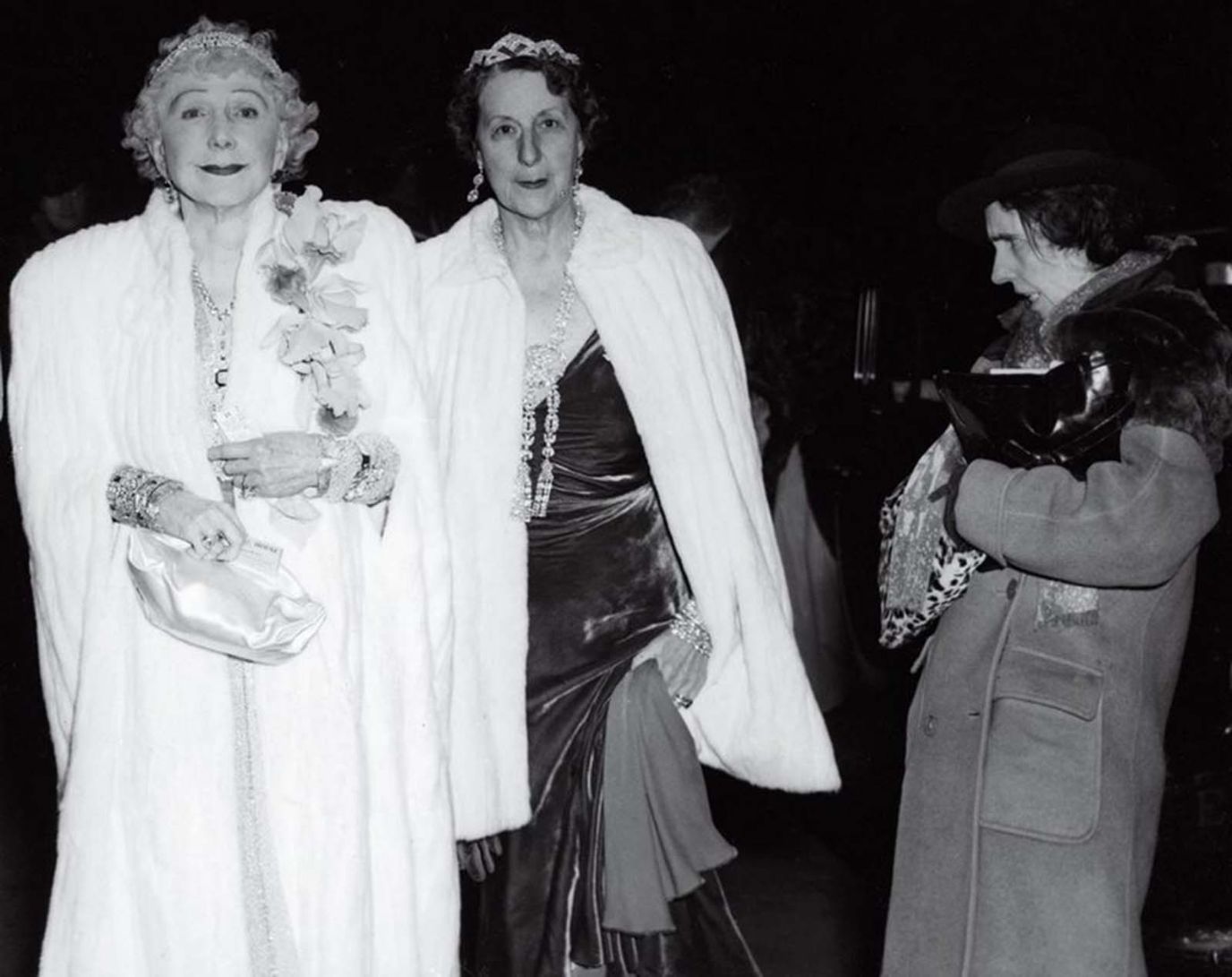 The best-known photo by Weegee

‘The Critic’ image was made by Weegee (a real name Arthur Fellig), and it is another diamond in the Top 100 influential photos in history. Here’s a full story about ‘The Critic’ photo, together with some best pictures of Weegee and interesting facts from his life.

The photography history remembers Weegee as a New York City crime photo reporter: his images of bloody murders’ scenes illustrated numerous publications in NYC’s newspapers in the 1930s and 1940s. But the photographer was also haunted by the dire social inequality of the post-depression New York. He didn’t miss a chance to capture some extraordinary scenes of the screaming poverty living in parallel with luxury nourishes. 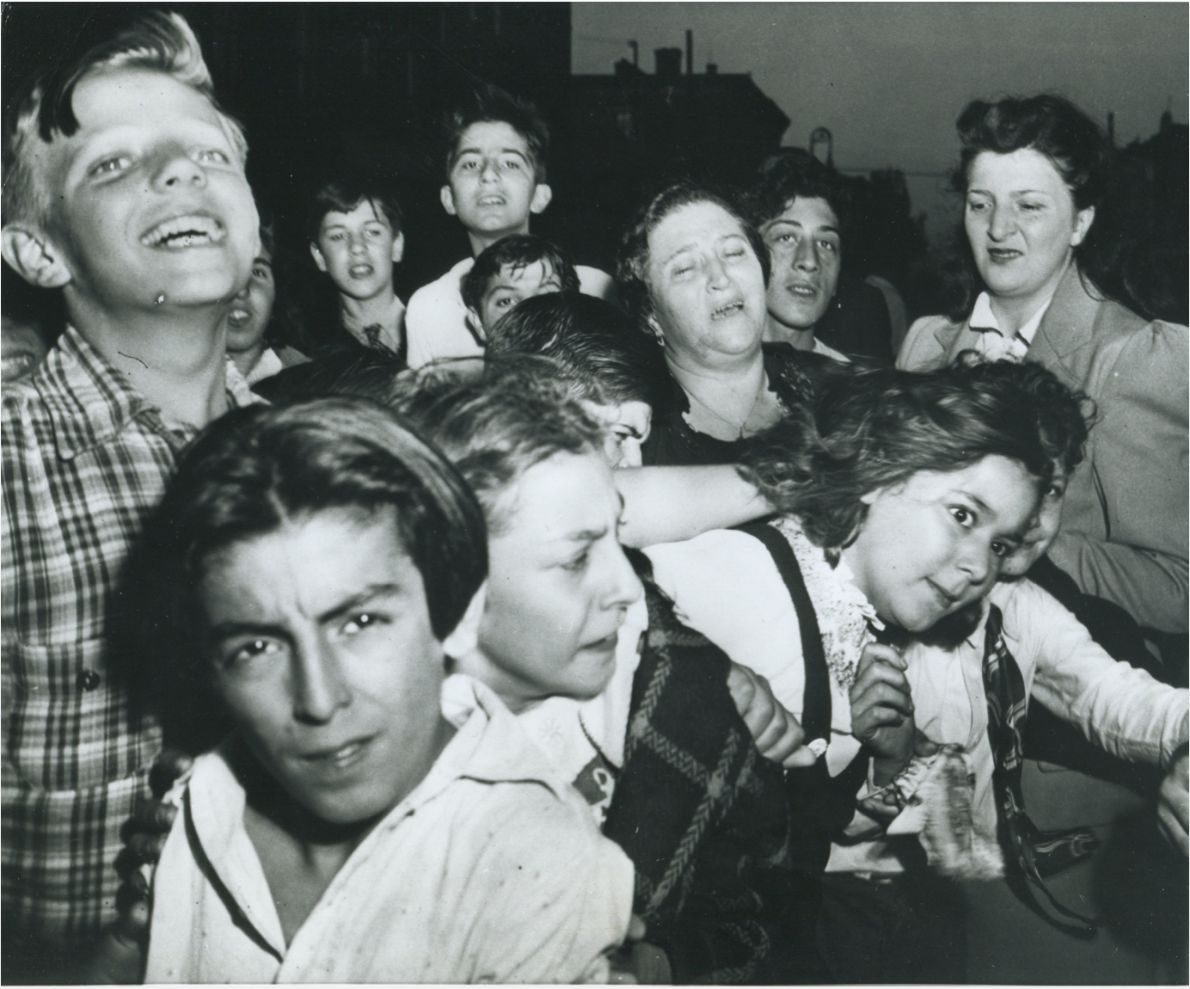 Weegee named this image ‘Their first crime’. He added then: ‘They’re innocent now, but sooner or later these immigrants’ kids will slip up.’

‘The Critic’ was one of such photos. The idea behind the image was pretty simple: to capture two wealthy ladies – Mrs. George Washington Kavanaugh and Lady Decies – together with an in­ebriated woman, catching the contrast between two worlds of NYC life. Weegee knew well where to take this image and how. Weegee hired Louie Liotta as an assistant, and his task was to find a beggar woman and call her upon the photographer’s command. When the tiara- and fur-bedecked socialites arrived for the opera, Weegee gave Liotta the signal to spring the drunk woman. “It was like an explosion,” Liotta recalled. “I thought I went blind from the three or four flash exposures.” That was a gonzo style photo reporting, followed by many paparazzi later. This image was bought by Times newspaper, which published it under the headline “The Fashionable People,” and the piece let readers know how the women’s “entry was viewed with distaste by a spectator.” 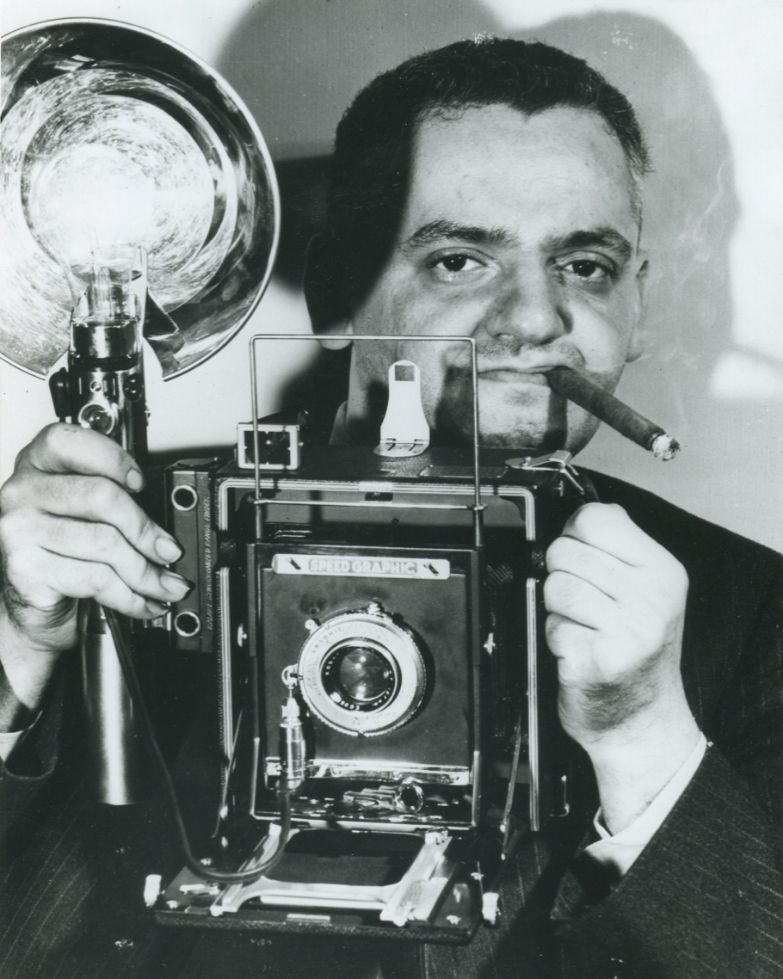 The real story of Weegee

Arthur Fellig was born in the Austrian Empire province Galicia (nowadays’ Ukraine) in the jew family. His parents emigrated to the US soon and decided to find their new home in New York. He started his photography career in the early 1930s, doing night reporting work, which wasn’t accepted by other cameramen. He captured the gore crime scenes in a unique style, which many newspaper photo editors liked so much. Weegee’s success as nightlife reporter was so huge that NYPD even allowed him to use a police radio in his car, which was a particular case in the 30s. 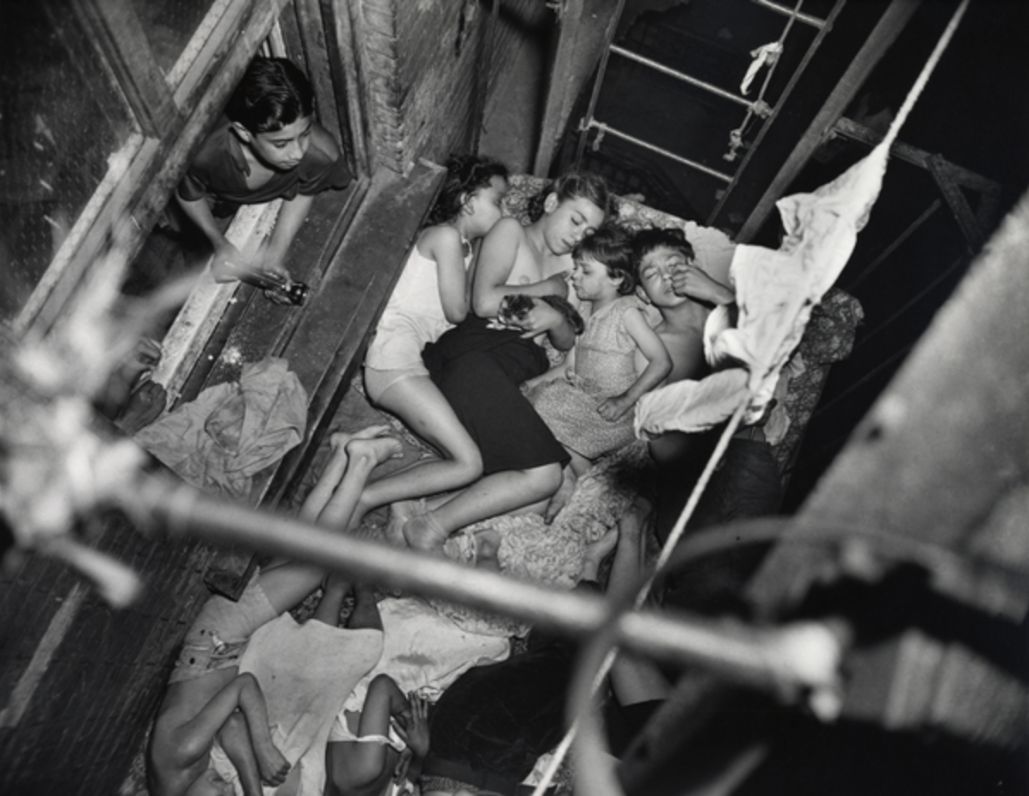 Weegee captured a lot of scenes of the hard immigrants’ lives. He knew well what it is.

Human tragedy, murder, and police action were everyday objects of Weejee’s camera. But he always tried to capture not only the bloody scene itself but the human pain and story behind it. His honoraries were growing together with the popularity of his photos among the newspapers, Weegee became more independent financially, and allowed himself to spend more time on capturing more than crime scenes: nightlife, circuses, theatre, showgirls, city thrills, the cinema, etc. 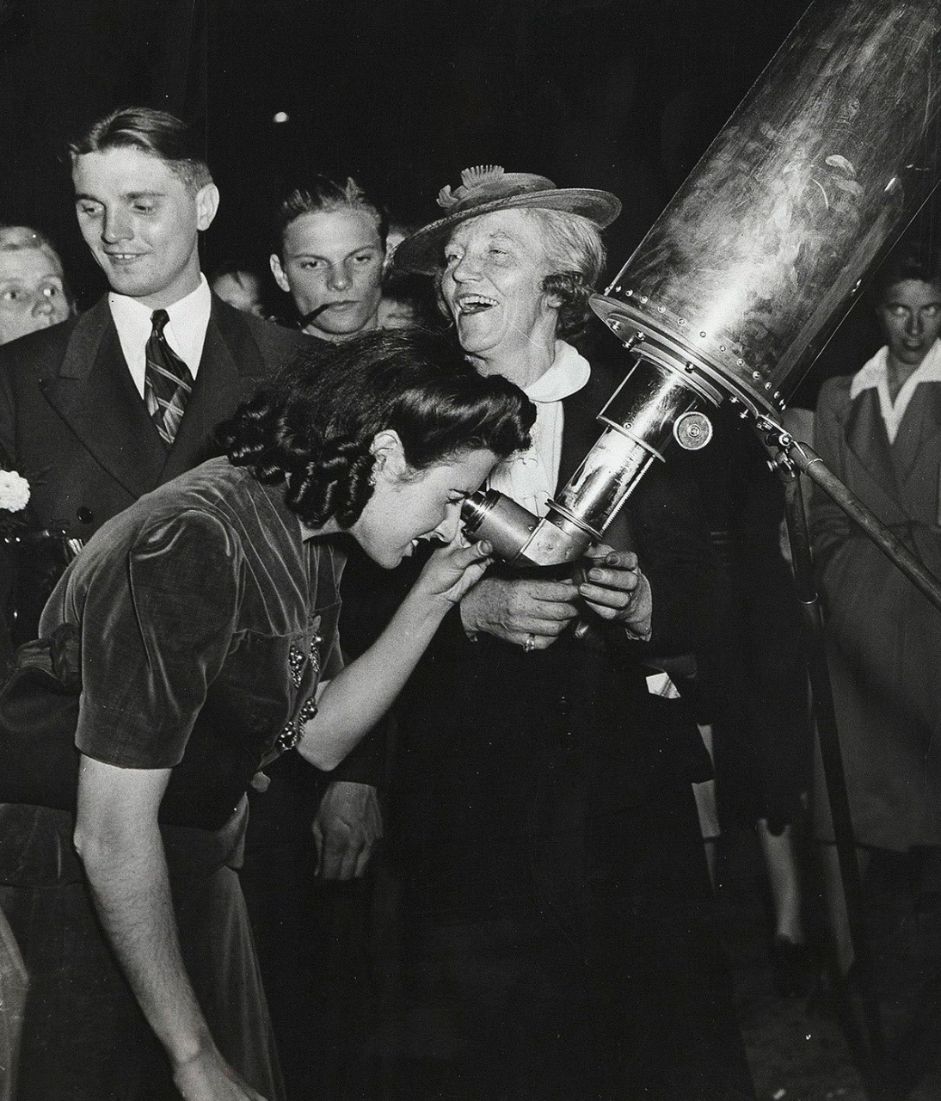 The second best-known image of Weegee

Another famous picture of Weegee is “A Trip To Mars”. Photographer captured a motley crew group crowding around a large telescope in Times Square, NYC. This image was taken at the beginning of the 1940s and stays among the best Weegee photos. 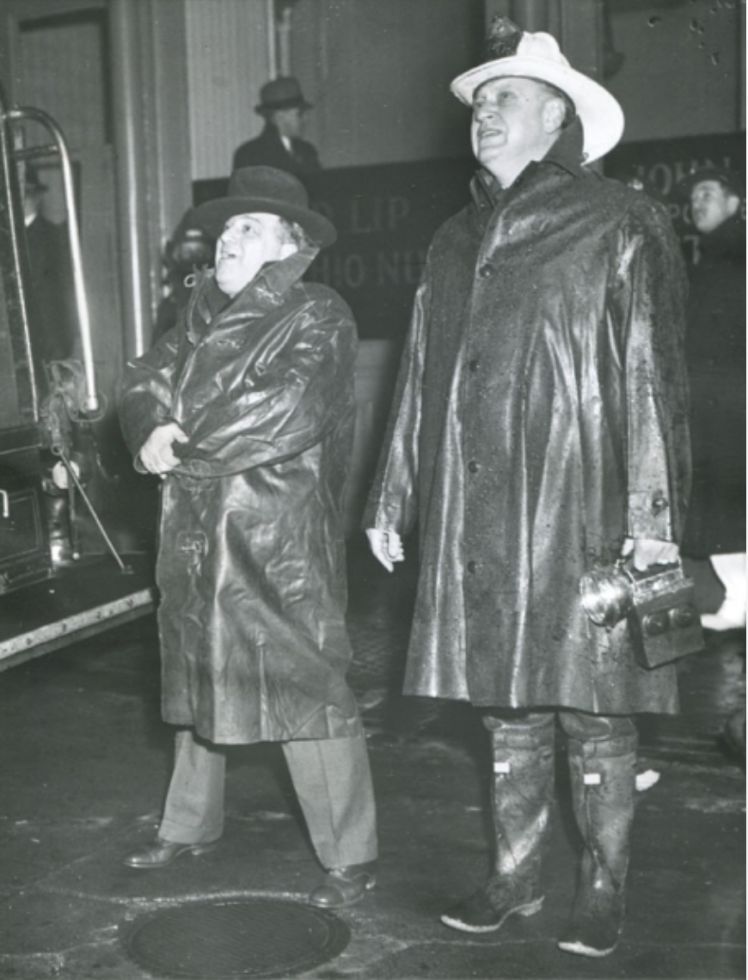 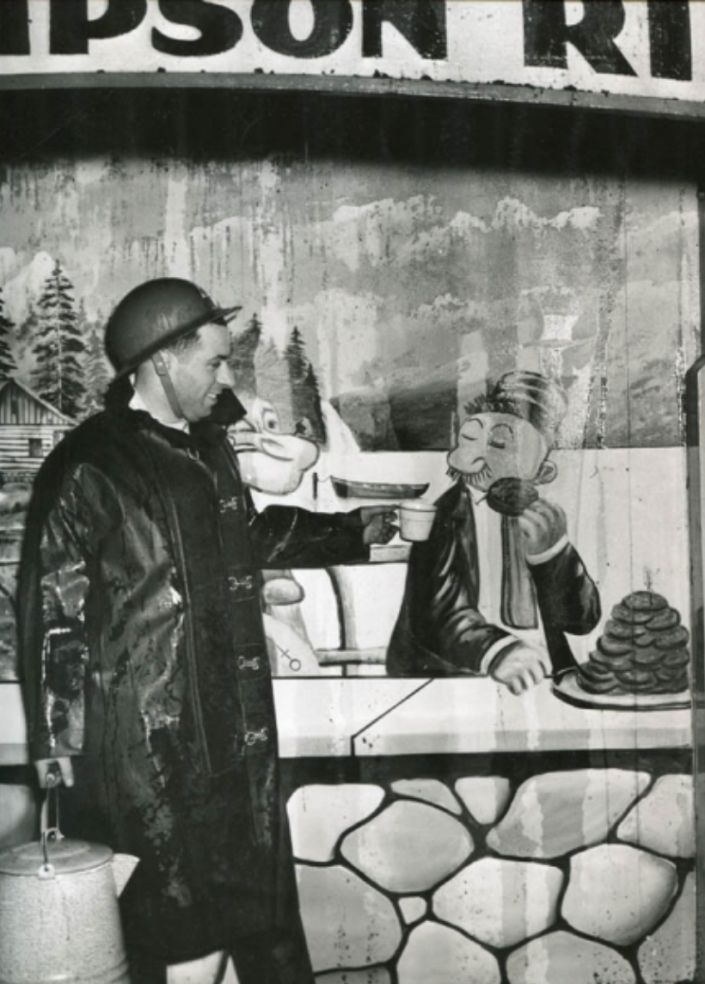 This fireman is drinking his cup of tea after the sharp firefight.

All Wimpy Wanted from the Volunteer Fireman was Some More Mustard and Hamburgers, circa 1940. 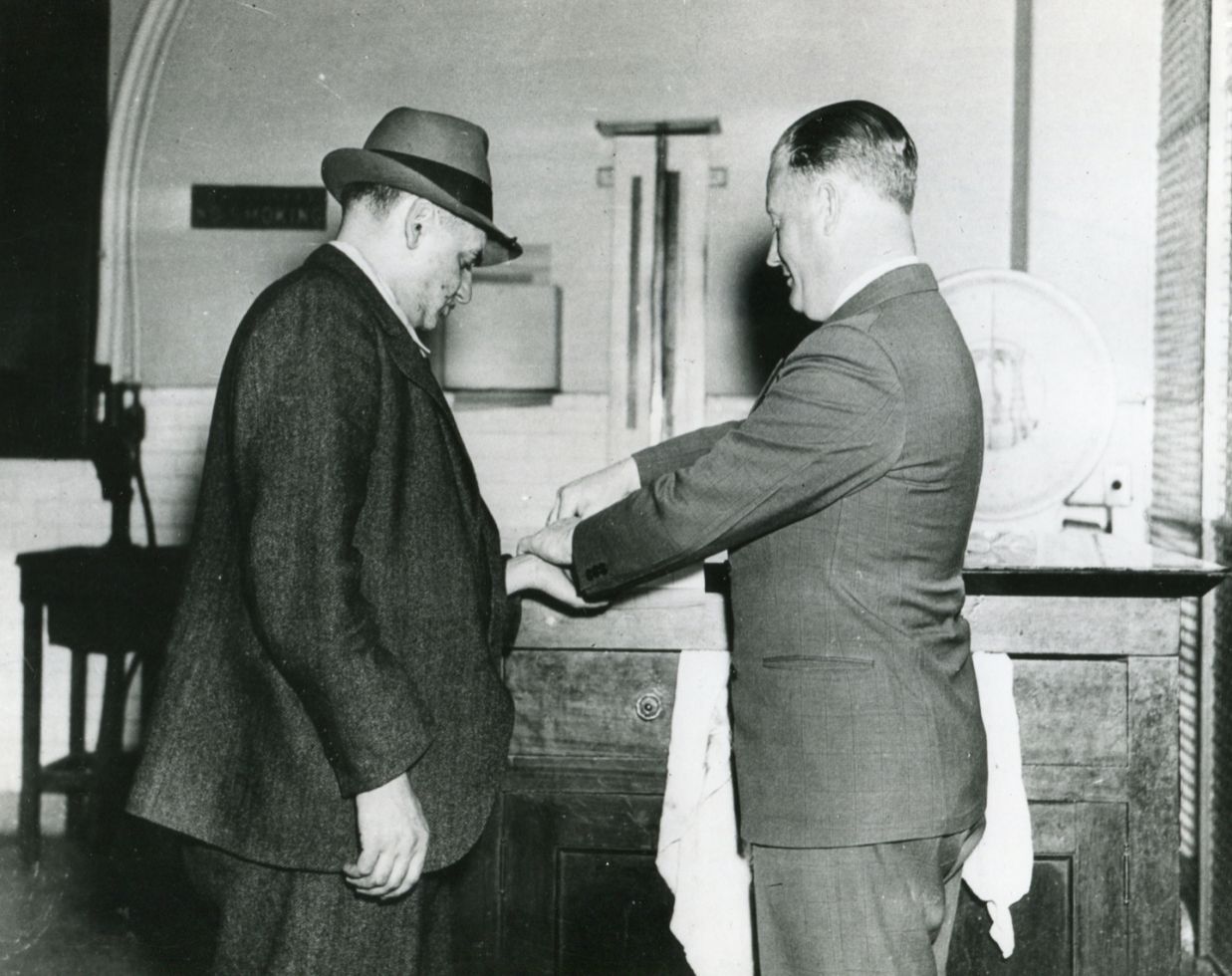 Weegee spent lots of nights with NYCPD cops, capturing their day-to-day routine. His photos showed their hard work as it was, and policemen liked the way he did it, 1946. 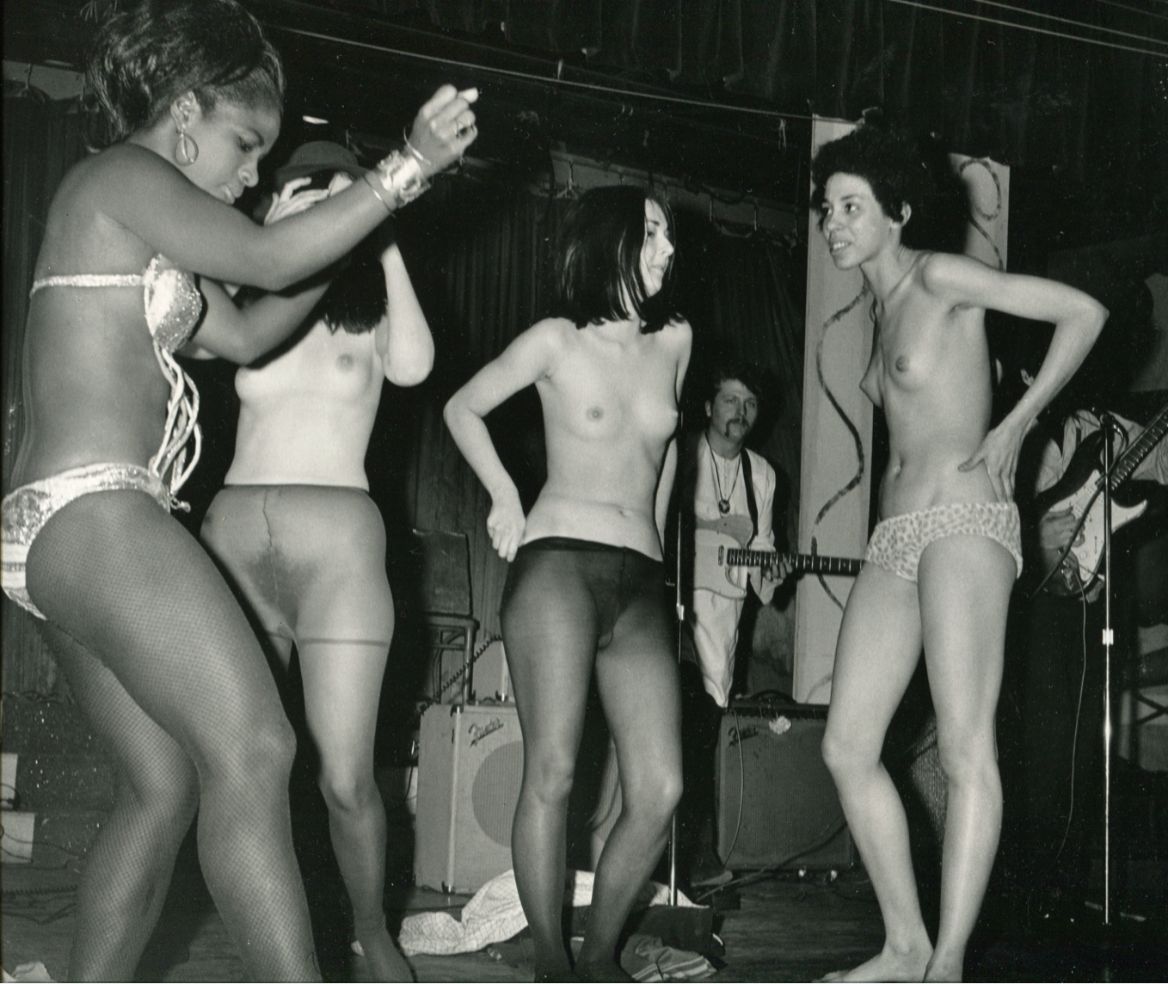 He liked to photo stripteasers, as many other photographers did 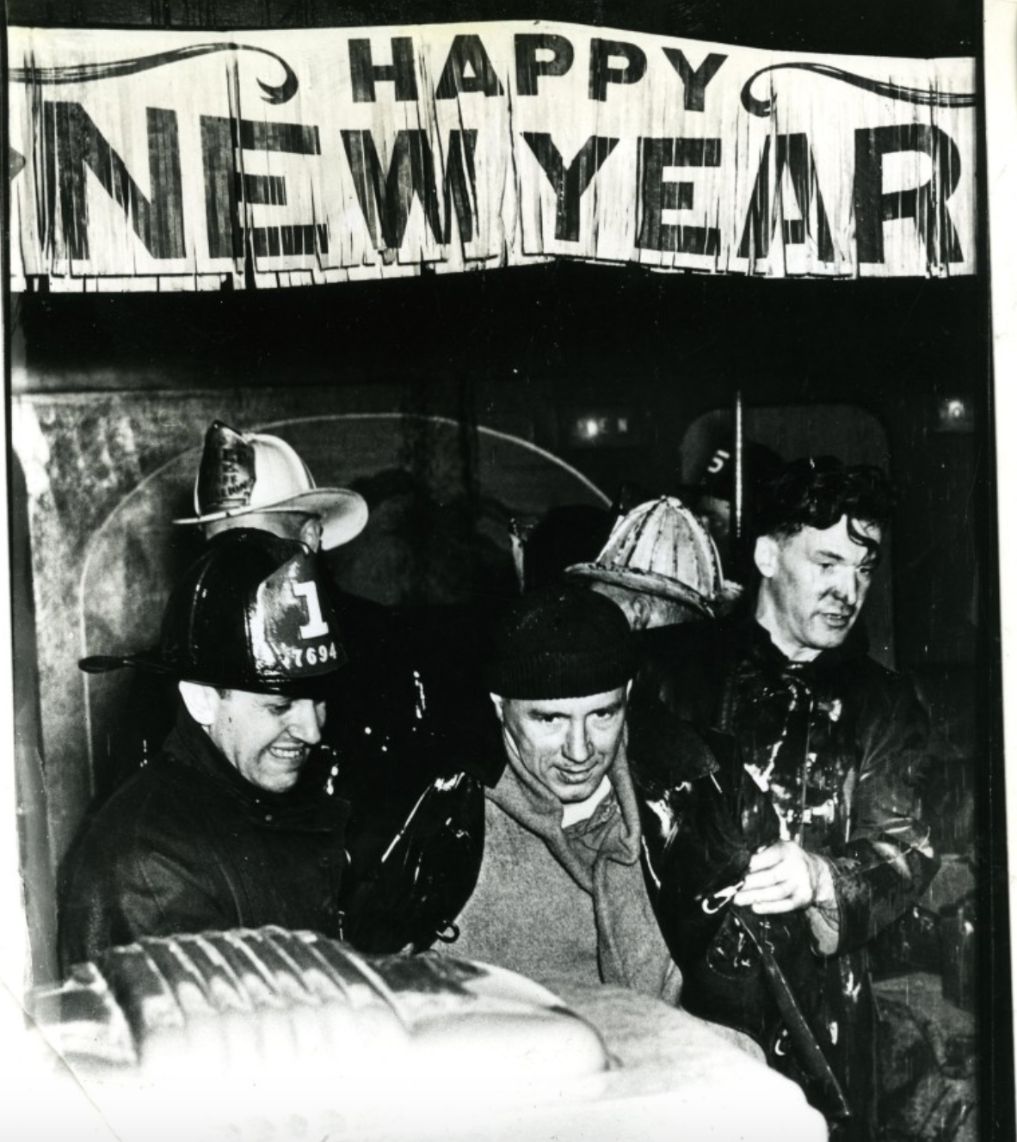 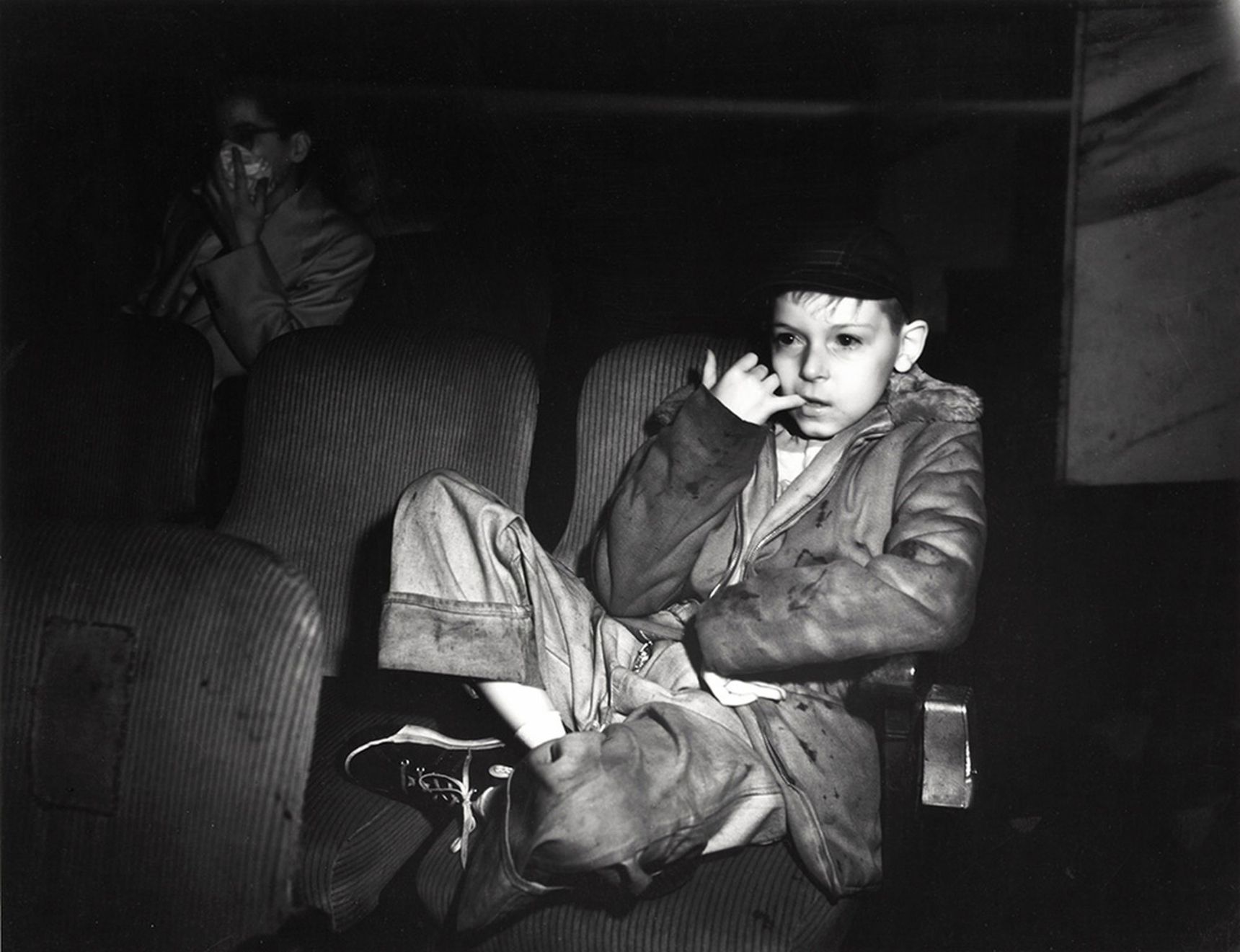 A boy watching a movie in the cinema

By Andrew Piper
1 Mins read
Somehow this photo of former-model Lee Miller in Hitler’s bathroom is one of the best-known WW2 photography. Its story is noteworthy, though….
Subscribe
7 Comments
Oldest
Newest Most Voted
Inline Feedbacks
View all comments

The Hague: discussing the world’s fate and other photos of Erich Salomon - Old Pictures

[…] images followed the social realism of Weegee’s works, sometimes emphasizing the inequality of US […]

[…] In Raccoon Coats’ photo is among other Top 100 most influential pictures in human history. Even famous Weegee paid much more attention to social inequality within white people, somehow missing other skin […]