How Robert Frank created the ‘Americans’

Robert Frank is one of the most glorified photographers, Hasselblad Award Winner, the important person in the photo history of the 20th century. ‘Americans’ – the main work of Robert Frank – became a cornerstone for the next generations of photography. 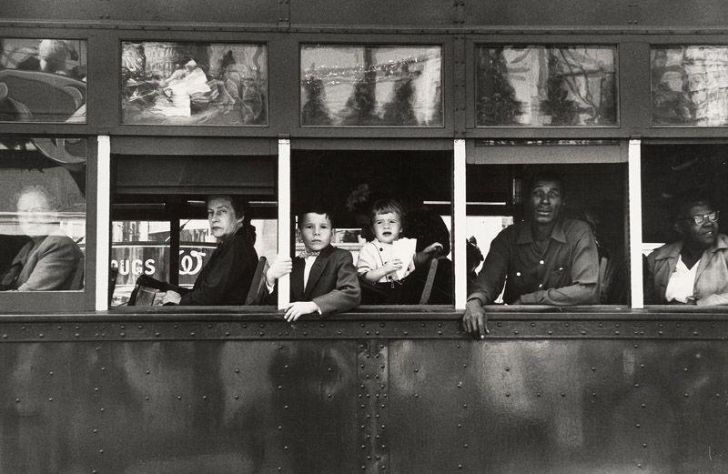 The central subject of the “Americans” book cover is a tram. Six people (two children among them) look out of the windows. You can see that black passengers are occupying seats at the end of the car, and the first places are reserved for white ones. Each character in this photo carries a story, has its voice. These people cannot be forgotten. This stilled moment is the most American, full of music and tension. What do they see? Who are they looking at?

This photo’s name is ‘Trolley to New Orleans’, and it is one of the TOP 100 most influential photos according to the TIME magazine. 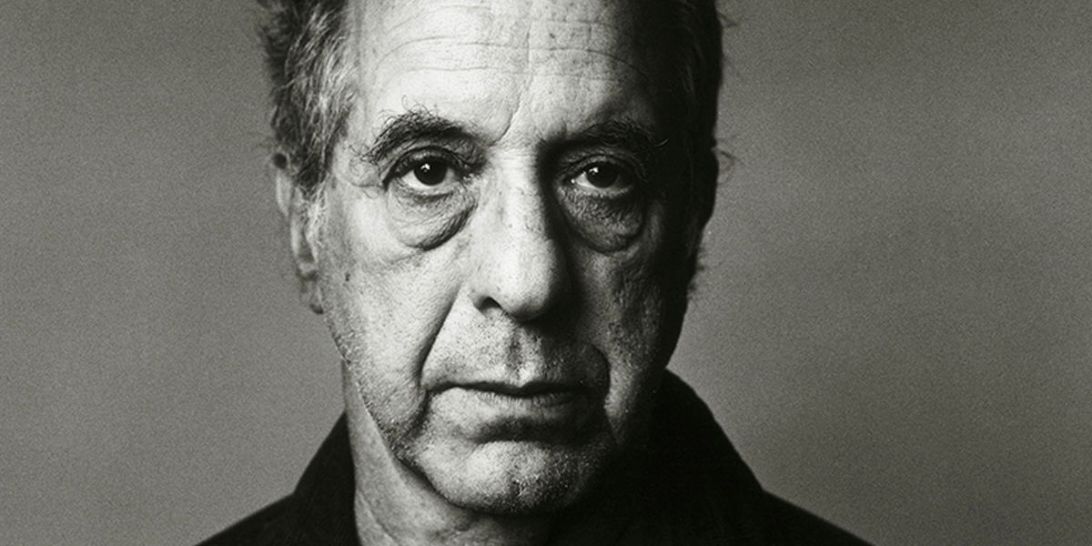 Let’s get back to Robert’s roots. Frank was born in Zurich in November 1924. His father came from a prosperous Jewish family, completely assimilated in Germany. His parents spoken in Swiss-German dialect, an odd mixture of small-town accents, and young Frank wad embarrassed of the fact that relatives spoke differently than other people in their area.

Teenaged Robert Frank showed an interest in art, studied photography and graphics at the Zurich gymnasium, where he enriched his toolbox with a solid theoretical base with numerous practical exercises. He took photography lessons from famous Swiss masters, actively worked on creating his style and vision. 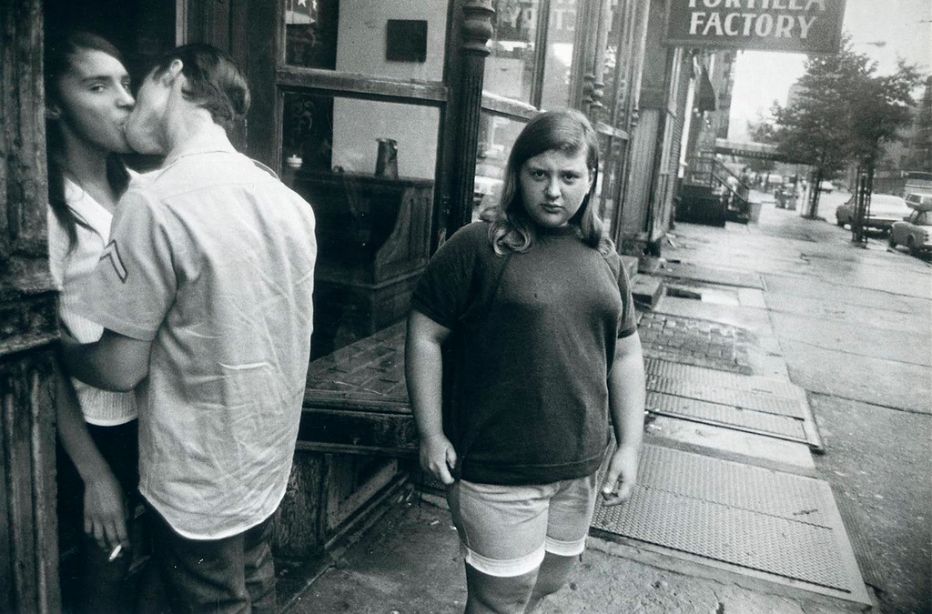 The Nazis’ coming to power in Germany forced the photographer’s father to apply for Swiss citizenship. The terrible misfortunes that befell European Jews passed the Franks family.

But, again, Robert’s family was a wealthy one, and Herman Frank had several cameras, and photography occupied an essential place in the life of his son. Later, after leaving school, Frank will get a job as an assistant photographer in a Zurich studio, where he will learn how to handle the camera and chemicals.

Robert Frank will travel a lot across to Europe after WW2. Paris, Milan, Antwerp… During this trip, Frank will realize that Switzerland is too small for his ambitions. He didn’t even want to stay in Europe, as another fine photographer August Sander did. He started emigration talks, calling himself a bird in a cage. This day came in 1947 when large fashion magazine Harpers Bazaar offered a contract to the young but still proven professional photographer. On March 14, 1947, Bennett Moore ship entered the harbor of New York, and Robert Frank set his foot over the land of the free. He recalled then: “I saw a large country. Endless. I noticed that the Swiss lifestyle is not worth a penny. The Swiss are very polite and somewhat slow in communication. New Yorkers shocked me with their tempo and rudeness … “

Frank settles down in the bohemian Greenwich Village. Here he meets his future wife Mary, the dancer’s daughter, a beautiful and independent woman. There is a simple success formula applied to Frank’s first years in the US: “to be in the right place at the right time.” He spent his time with the famous photographers and mentors Edward Steichen and Walker Evans. He will receive a Guggenheim Foundation scholarship soon and will depart on his long photo trip across the US.

Frank has lived in the States for eight years, and New Jersey and St. Louis were the most distant points of his travels. He wanted to feel how big the country is from ocean to ocean. He was curious and had enough energy to drive his Ford across the whole country: New York – Detroit and New York – Texas – San Francisco – Los Angeles. 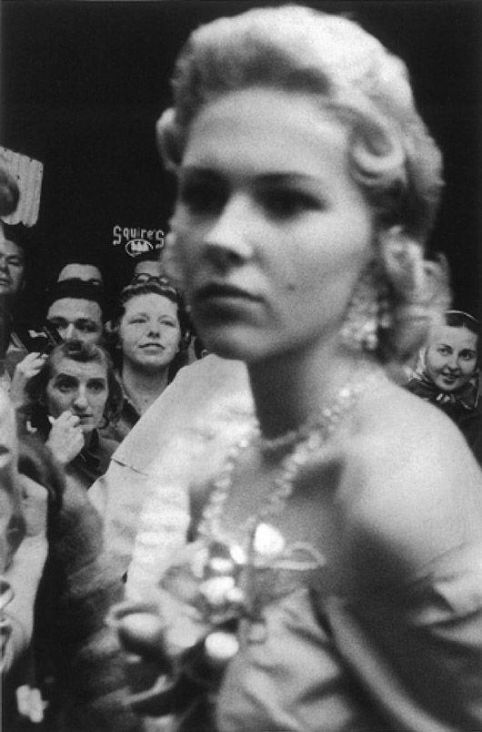 The result of these trips is the famous photo book “Americans” that was released in 1958 in France and a year later – in the United States. The author of the text for the American edition was made by the photographer’s friend, writer Jack Kerouac. His novel “On the Road” is in many ways similar to Frank’s attempt to show the unexplored, strange, dangerous world of post-war America.

While driving his Ford, Robert Frank took 28 thousand shots. The book includes eighty-three only. It became the most revolutionary project of the mid-century: “Americans” was both idolized and hated. 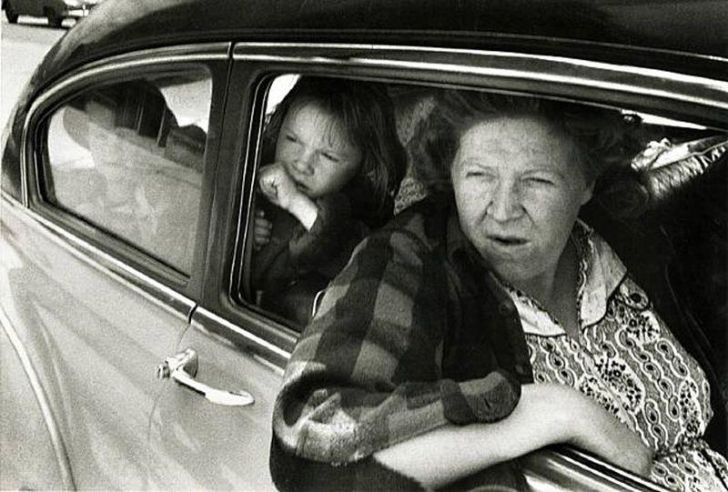 Robert Frank wrote a short letter trying to respond to the criticism and explaining his position. “I tried to show the profile of America. The point of view is personal. Therefore many aspects of American life and society have been ignored by me. Opinion often contains criticism. But criticism is born out of love. It is important for the photographer to see what is hidden to others – maybe this is a look full of hope or sadness.”

Frank’s images followed the social realism of Weegee’s works, sometimes emphasizing the inequality of US society. 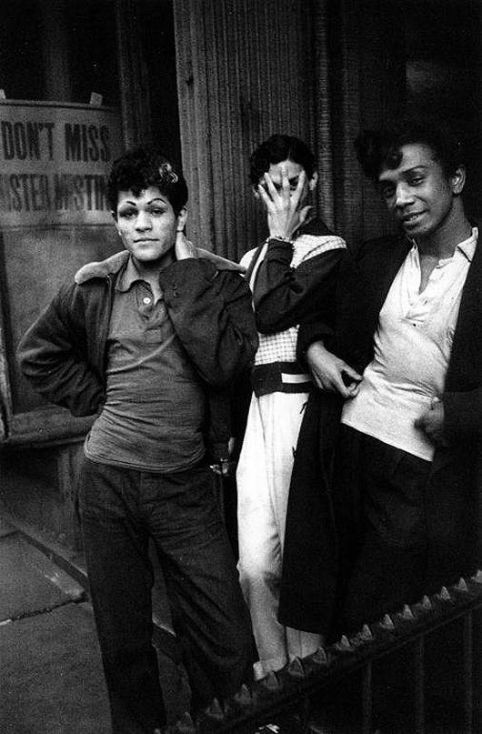 I’ll be back in ten minutes

“The Americans” turned out to be a massive photo monument to harsh times, a brand new format of a documentary. The book was a messenger of a new-born trend in American photography – edgy, showing life without embellishment.

Like Frank used to say, “People that look at my pictures have to feel the same way that I felt when pressing on the shutter… It’s like to read the poem twice”. Frank’s photos became a how-to manual for the new generation of American photographers. Robert Frank showed them the way of the solely published photobooks, expanding the limitations of cooperation with just magazines and newspapers.

Robert Frank had massive success, and he tried to escape it. He did not want to become a canonical American photographer. He worked in moviemaking, filming The Rolling Stones tour in ‘Cocksucker Blues’ movie. He married for a second time and went through the tragedy of the death of his daughter, who died in an airplane crash. 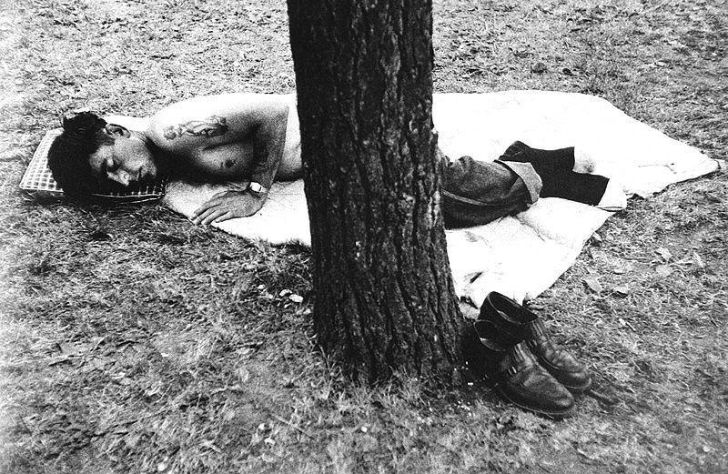 When Robert Frank was leaving his homeplace before the four-year travel to Canada, he put a sign on his doors: “I’ll be back in ten minutes.” As if he was staying somewhere nearby. He never returned to his apartment in NYC and died on September 9, 2019, in Canada, where he had a house at the seaside. But he is still somewhere nearby – in books and photographs, exhibitions and textbooks. 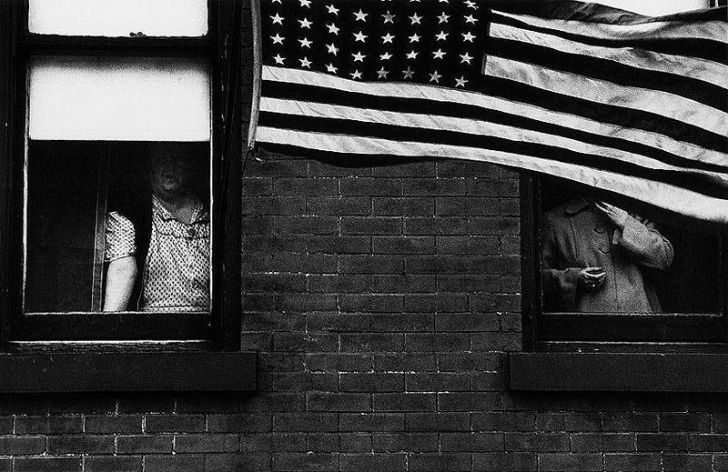 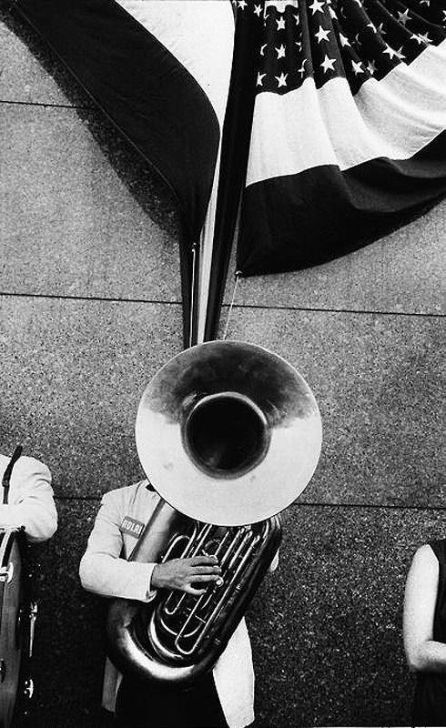 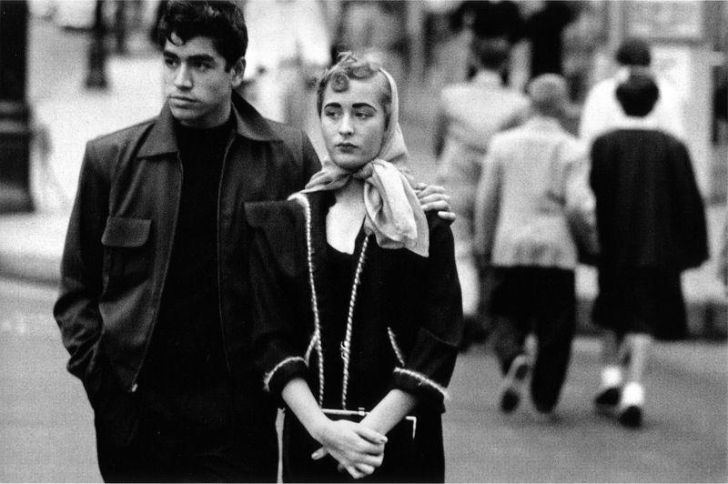 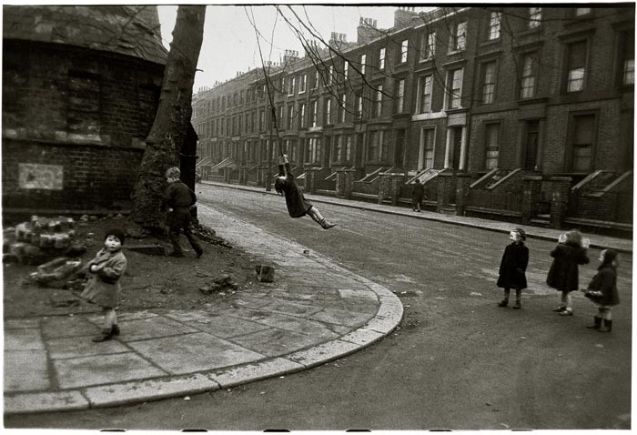 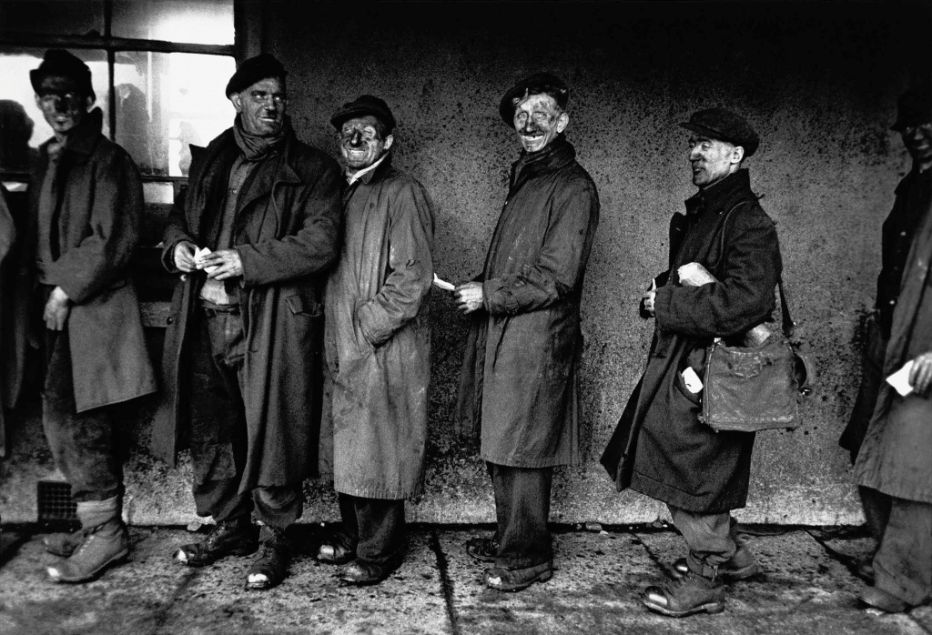 ‘The congressmen’. This photo became one of the symbols of the black rights movement. Robert Frank ‘Americans’: A cowboy in the streets of NYC, 1956 A boy reading a newspaper with news about Marilyn Monroe death The only Jew refugee camp in the US  - Old Pictures

[…] enough to escape the Nazis in the early 30th. Others were the lucky holders of the Swiss passport, like photographer Robert Frank. And for the rest of the sons of Israel (which didn’t exist yet, but), the US seemed to be the […]