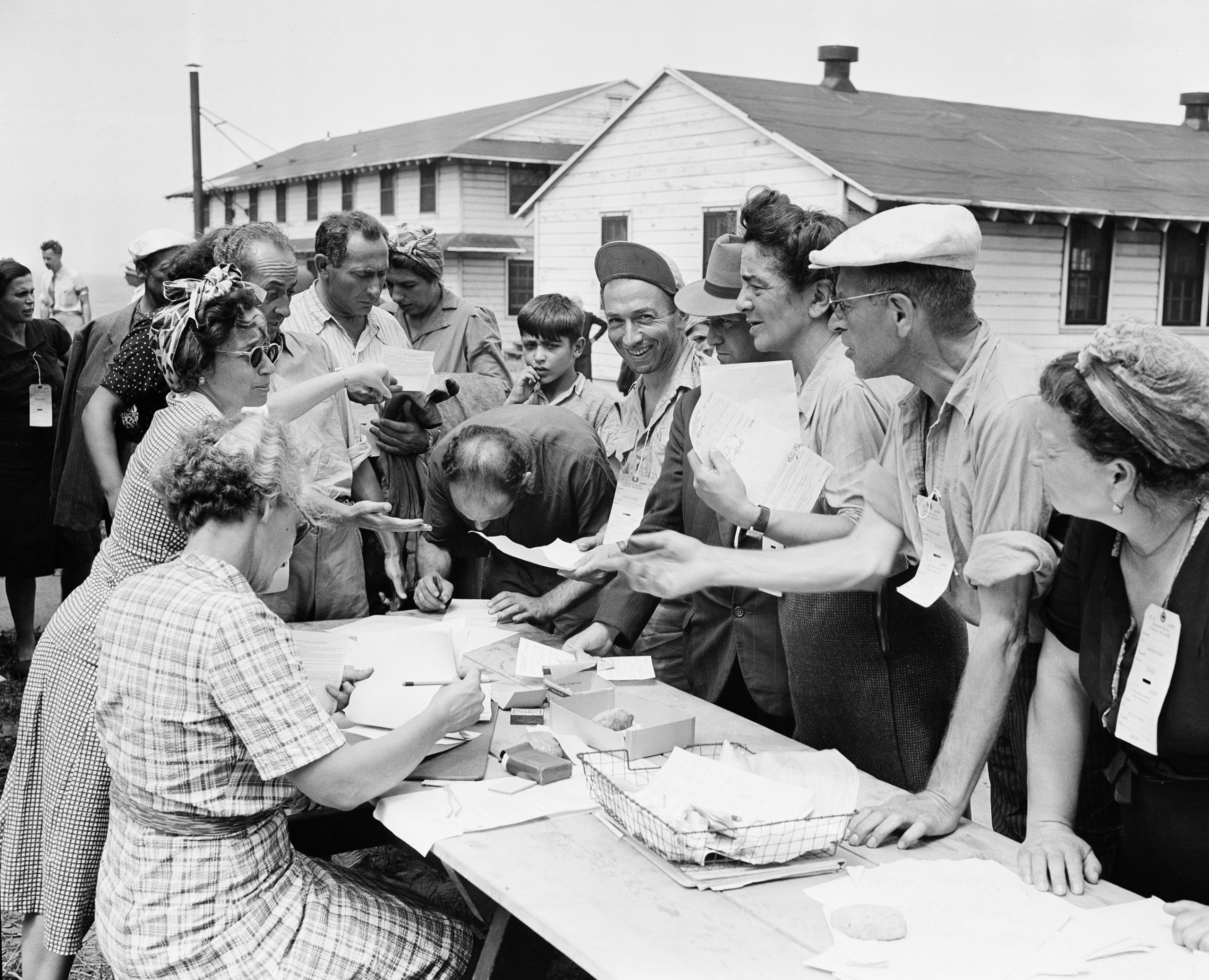 All Jewish refugees got their badges upon arriving at Fort Ontario. It was much better than the identification number tattoo on the hand.

Life of jews in the pre-WW2 period (and during the war as well) in Europe wasn’t sweet at all, and the jew refugee camp in the US sounded like a fairytale.

European Jews didn’t have a lot of options on how not to end your days in the concentration camps, behind the barbed wire fence, or experience other Holocaust horrors. Some of them, like genius physicists Albert Einstein, were wise enough to escape the Nazis in the early 30th. Others were the lucky holders of the Swiss passport, like photographer Robert Frank. And for the rest of the sons of Israel (which didn’t exist yet, but), the US seemed to be the best destination point.

First, you had to get to Italy, where fascists were much kinder to the Jews than their Axis allies from Berlin. Then you should take a chance to get to the US, to the Fort Ontario Emergency Refugee Shelter.

The Jews streamed to the Land of the free as rapidly as mountain rivers do during the heavy showers, and the US government decided to greet them with a place to live.

The camp for the Jews was founded in June 1944, but it almost didn’t function at all. The US tried to limit immigration flow during the WW2. Many have claimed that President Roosevelt didn’t feel motivated to help the suffering Jews because he’d already won the Jewish vote.

But then Josiah E. Dubois, a US Treasury Department lawyer from New Jersey, alarmed the situation with visas for Jews, that were almost impossible to get. He pointed on different cases where the Fed government could act better and give the European jews at least a chance to survive. Dubois’s arguments convinced the Treasury, and funds for the War Refugee Board were approved in 1944.

Four million Jews had died by 1944, but the efforts of the War Refugee Board saved tens of thousands of lives. 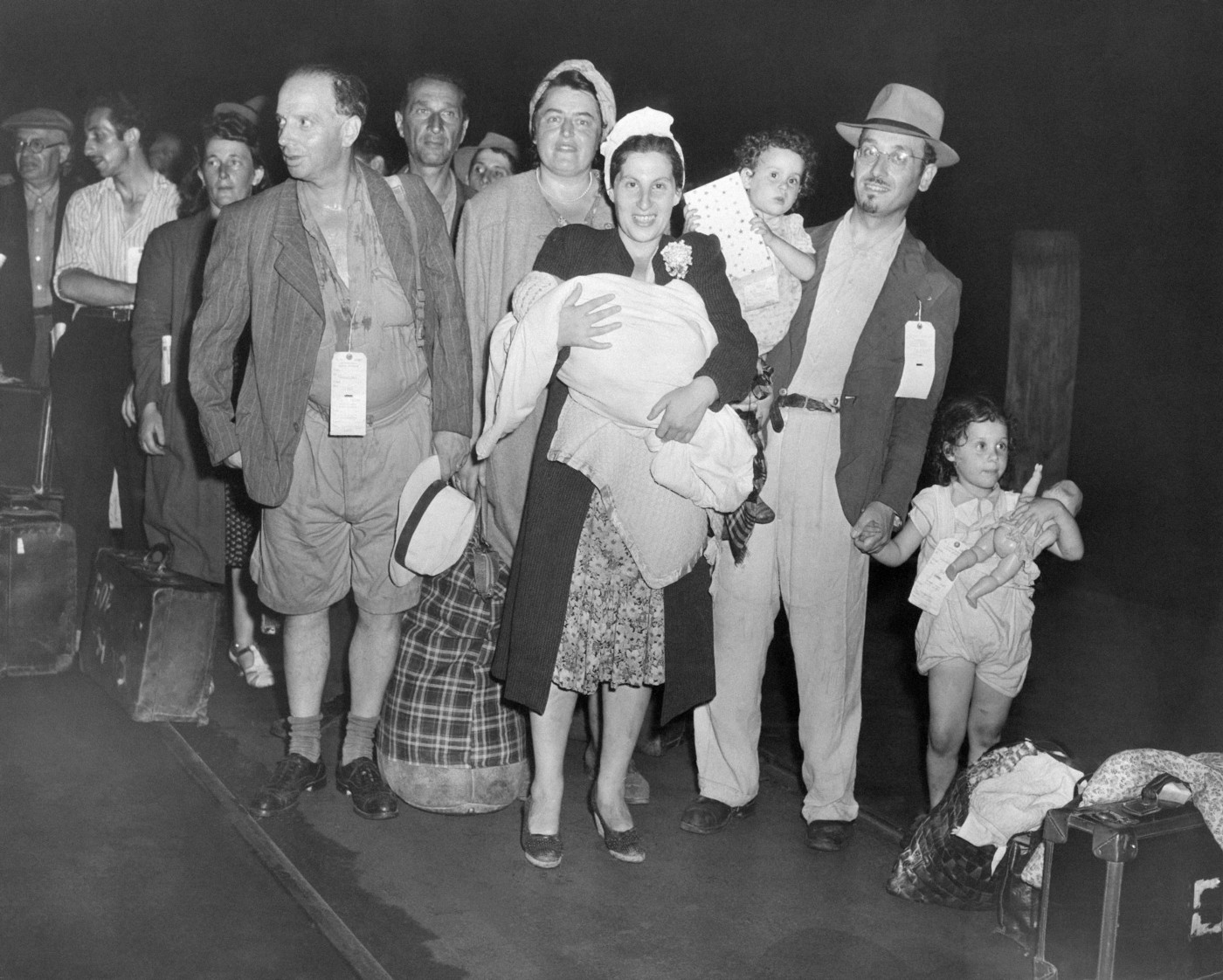 Jewish refugees waiting for the train to Camp, New York on August 4

The opening of the Fort Ontario Emergency Refugee Shelter

Fort Ontario Emergency Refugee Shelter was a personal idea of President Roosevelt, who he even attended the camp, and boosted the morale of many breathing there — but it was also a temporary measure. A news report from 1944, which can be heard in a haven from the Holocaust, an hour-long radio program, sums up the refugee crisis. As camp administration used to say, “Though Jews are our friends, they cannot enjoy all of the American freedoms. They cannot move outside a camp area. And they should go back to Europe when  WW2 ends.”

Nonetheless, many inhabitants of the US jew refugee camp didn’t follow those commandments. They intend to look for the American dream, to stay and make a life in the country that had taken them in, rather than return to the devastation at home. When the jew refugee camp finally closed after the war, most of them got permanent status on the American Land.

The jew refugee camp in the US couldn’t save millions of murdered during the Nazi rule, but it was the only safe haven during the last war years. Even those spared in Oswego would have to adapt their own fates with those of the millions killed during the war. Or, as one survivor put it in the Haven radio program: “I felt wonderful, and I felt terrible — okay? That’s what the camp meant to me.”

The allied forces in the Northern Africa outnumbered the armies under Rommel’s command. And nonetheless, german authority tried to leverage the…
Subscribe
0 Comments
Inline Feedbacks
View all comments
×
Stories