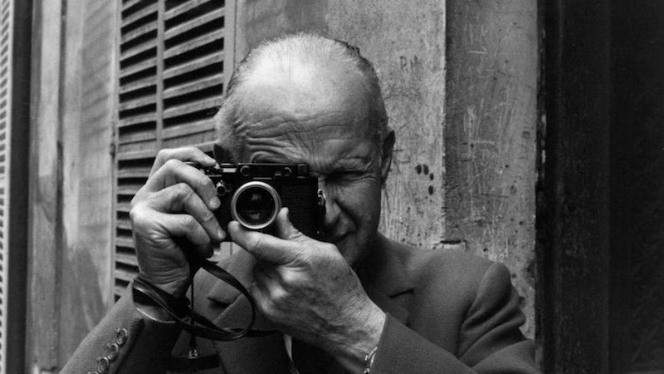 Henri Cartier-Bresson photos are a significant contribution to the sacred trust of the world photography heritage. He was carried away by the ‘camera craft’ after his trip to Africa in 1931 and very soon developed a concept of the ‘decisive moments,’ images that frozen the time. Henri called such pictures as “stolen images” or “images on the run.” Photographer used to say ‘that scene itself is calling to capture it, not a cameraman who’s orchestrating the process.’

The Sweet History of Cotton Candy

His ‘Behind The Gare Saint-Lazare’ picture hit the TOP 100 most influential photos in history, according to TIME magazine. So let’s take a more in-depth look at this image, as well as some other famous captures from the portfolio of Henri Cartier-Bresson. 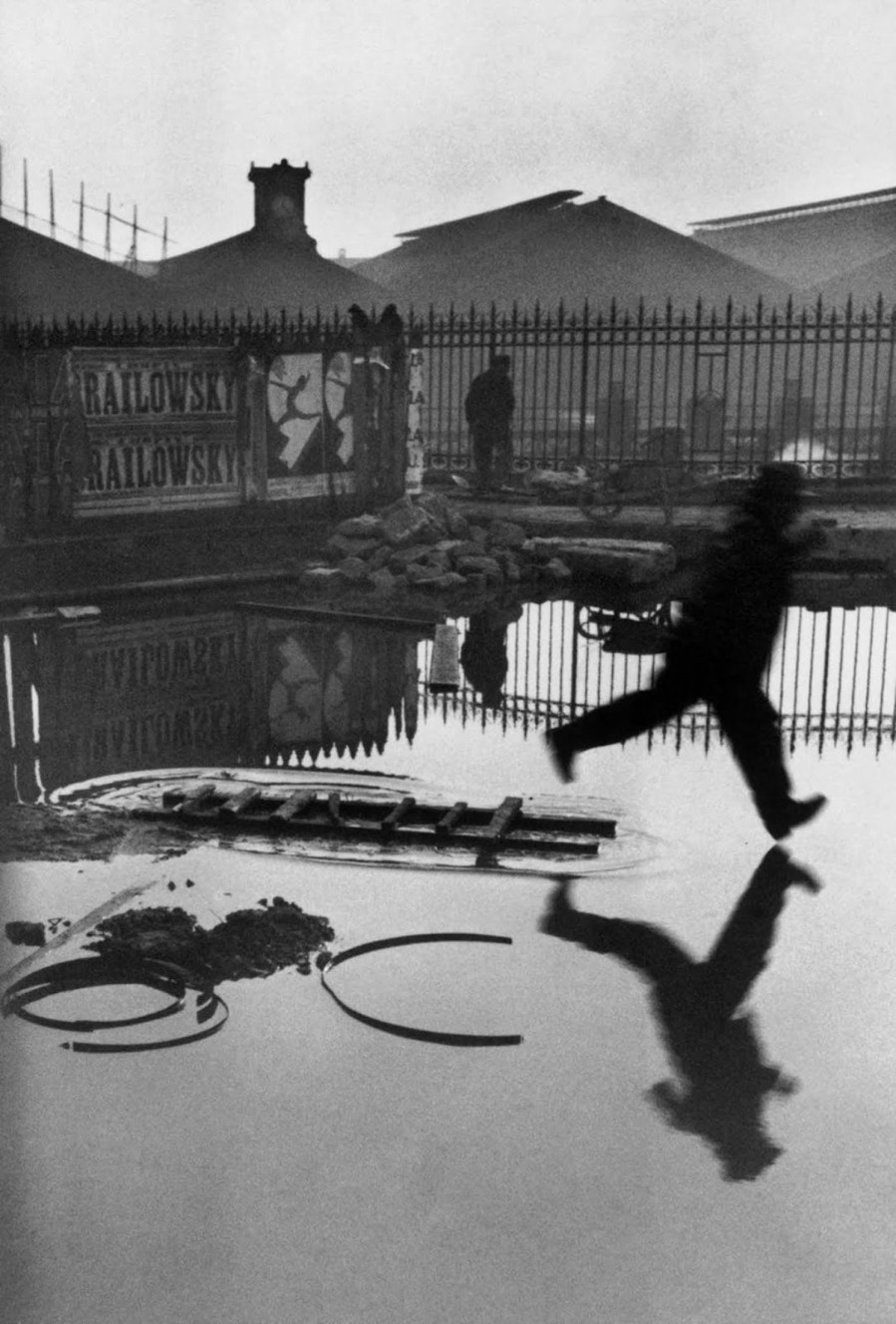 Behind The Gare Saint-Lazare, 1932

‘Behind the Gare Saint Lazarre’ is the best-known sample of captured ‘decisive moments.’ According to Cartier-Bresson, he just popped his hand camera though the station’s fence and was lucky enough to take the photo.

Note every detail caught by the camera: a jumping figure and his reflection in the standing, perfectly still water, with a poster in the background of a circus artist in a strikingly similar position as the jumper in the foreground. The silhouette of the man on the background and its water image is splitting the picture into two sides, separating the real ‘water jumper’ and his poster’s prototype. If ‘Behind the Gare Saint Lazarre’ photo was not just a bit of pure luck, it may have taken hours and days of preparations to take the one. 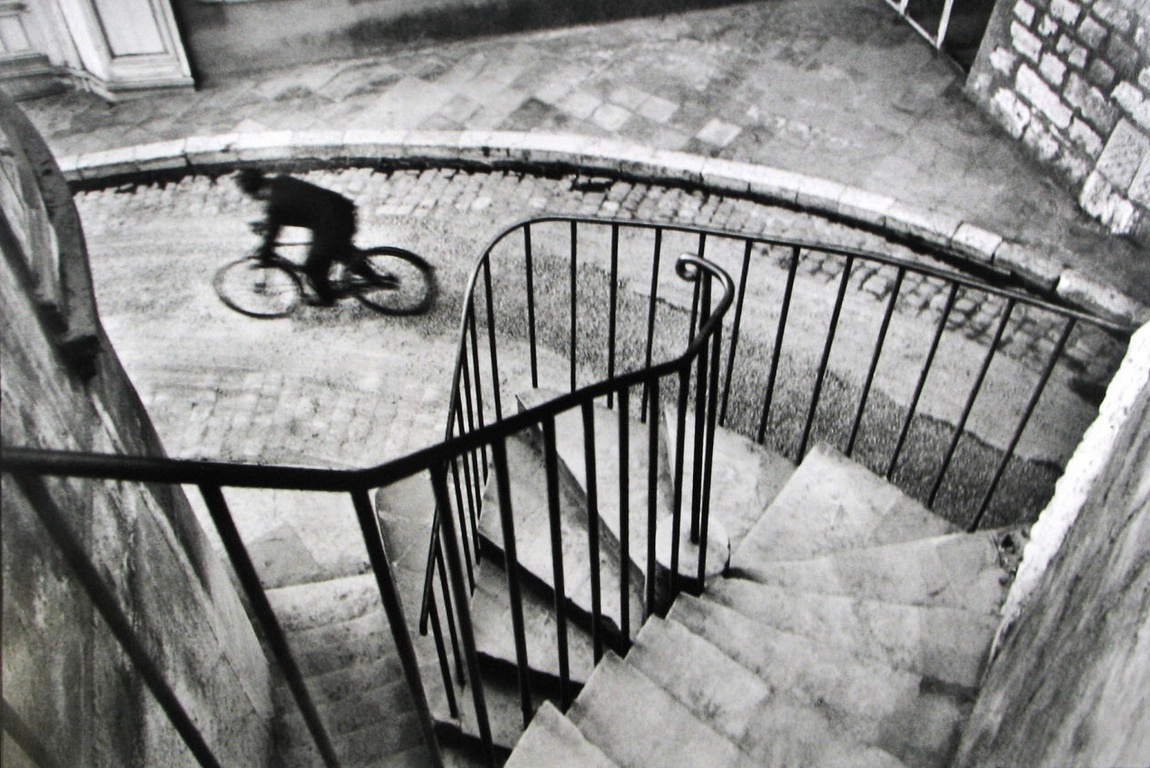 Another example of Cartier-Bresson’s method is the ‘Bicycle Rider,’ 1932, image from Hyères in the south of France. Any professional photographer won’t find the better setting for this image: the marvelous stairs, camera set above the rider, markable walls, and building all-round. The natural light and shadows create a perfect environment for the central subject of the image.

Cartier-Bresson never said so, but experts believe that the ‘Bicycle Rider’ was a staged and well-prepared photo. The camera was firmly set, and Henri pressed on the shutter button exactly when the bicycle appeared below. We will never know it for sure, but it looks like the photographer selected the environment for this image before, and was just camping for the rider to pass by. Henry should see in advance that the bicycle was going to come across and prepared to press the shutter. Otherwise, there’s no clue how he managed to capture such a perfect moment. ‘Boy carrying the wine’ is another perfectly stilled moment by Henri Cartier-Bresson in 1954. This beautiful photograph was called to show the celebration of life, as Cartier-Bresson formulated it. Life was linked to the wine for him, with no exceptions. The boy’s name was Michel Gabriel, and he managed to stay in touch and keep friendship with Henri till the final day of his life. An interesting fact is that boy’s parents didn’t allow Cartier-Bresson to involve real wine into his photo set. Michael carried bottles with “rainwater.” The rumor has it that 80-ish years old Cartier-Bresson visited Michel at his 50th birthday, carrying two bottles of wine in each hand, imitating the then boy’s pose and grimace of the photograph. A wonderful adding to the best Henri Cartier-Bresson photos. 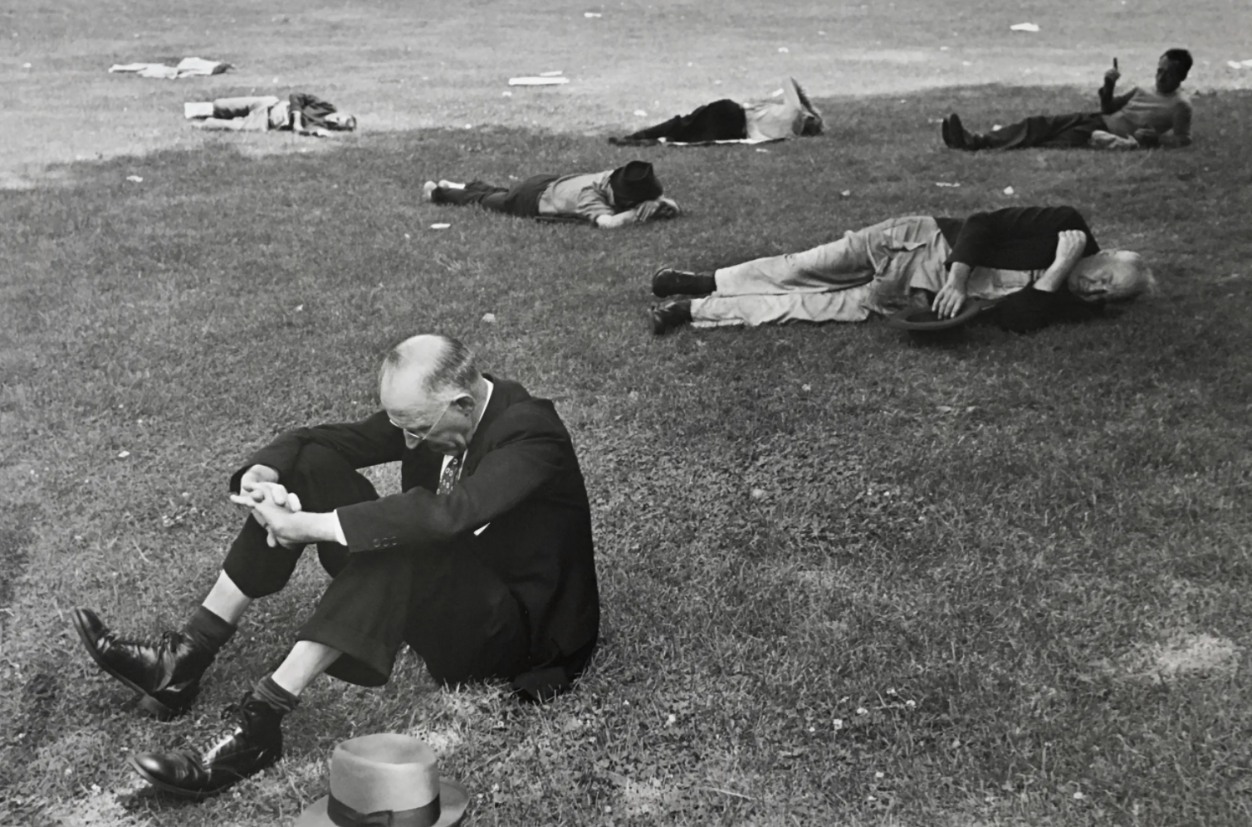 The people of Boston, 1947. The photo was taken during the trip to the LIFE magazine office 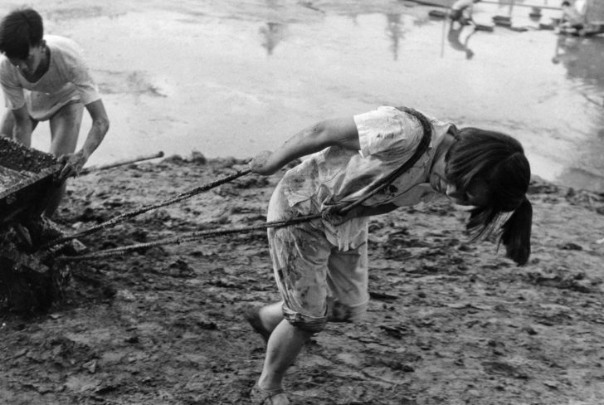 Construction of the Beijing University swimming pool by students, June 1958 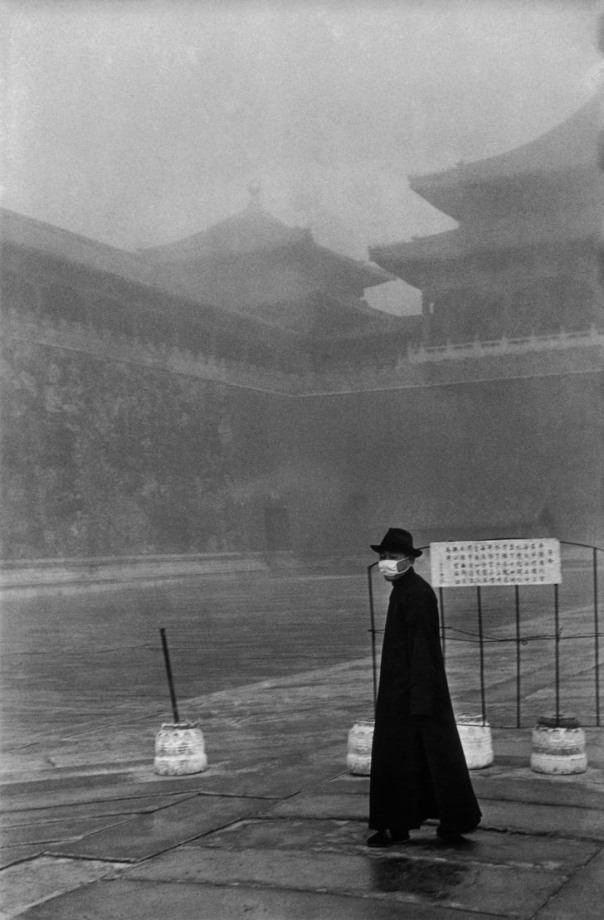 A visitor to the Forbidden City, Beijing, December 1948 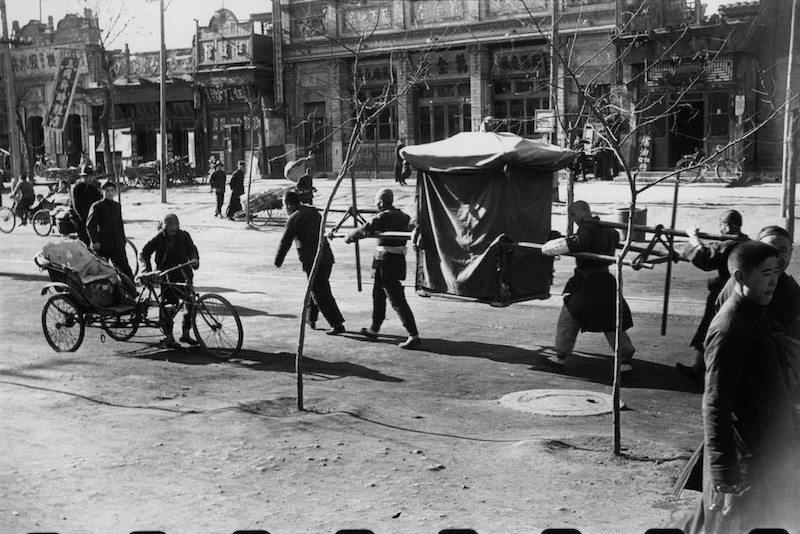 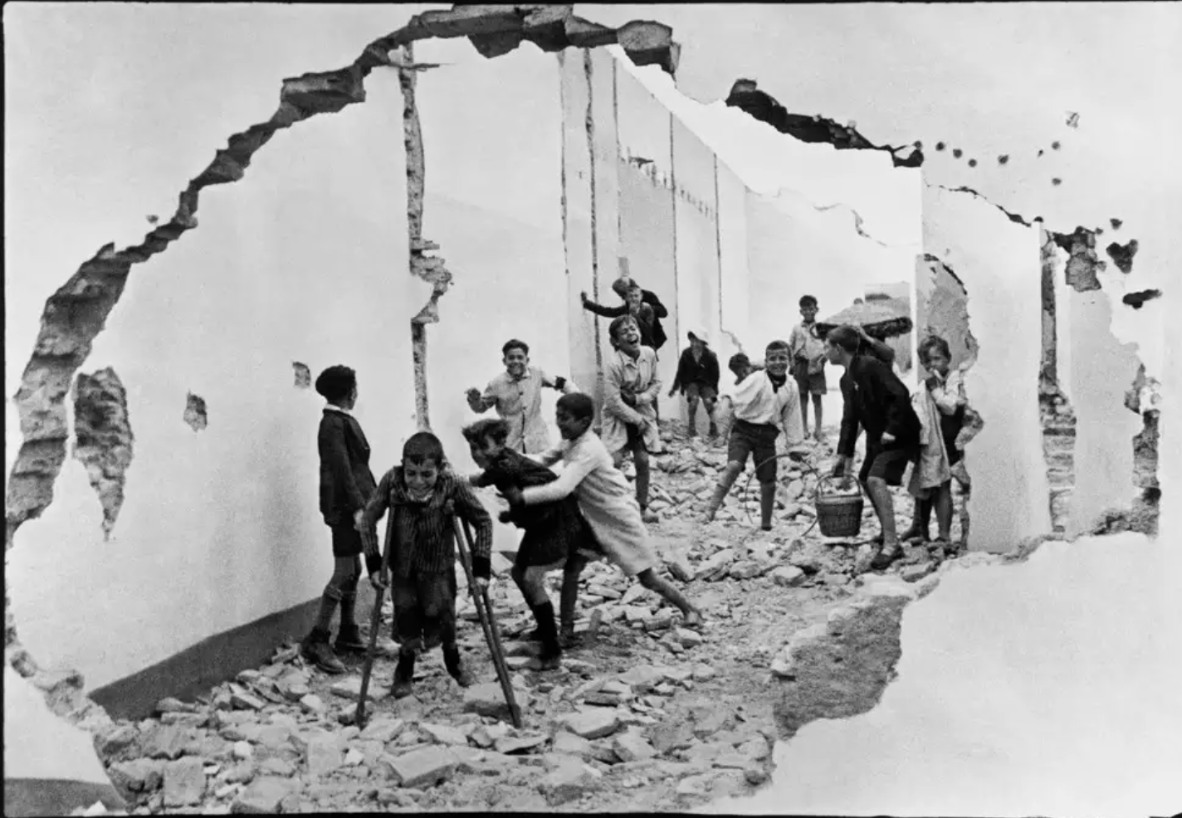 Spanish children during the civil war, 1936 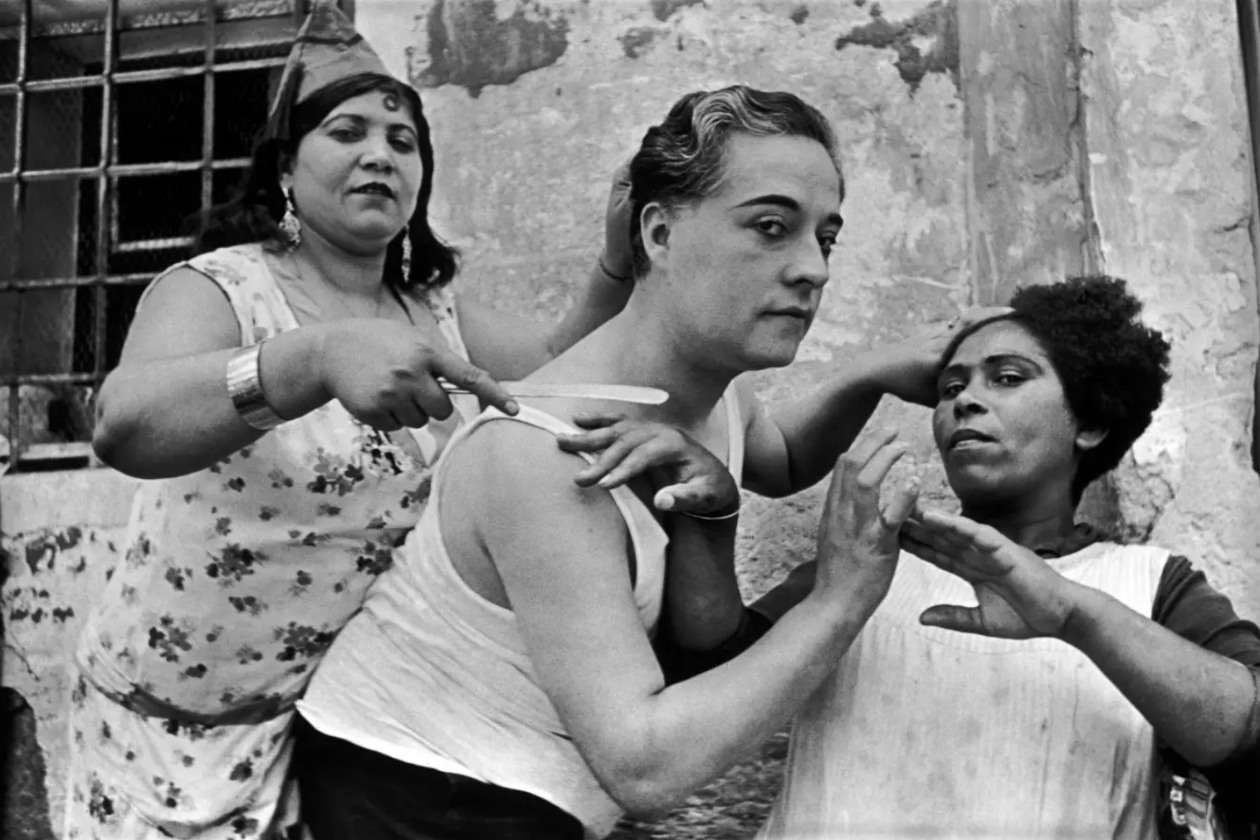 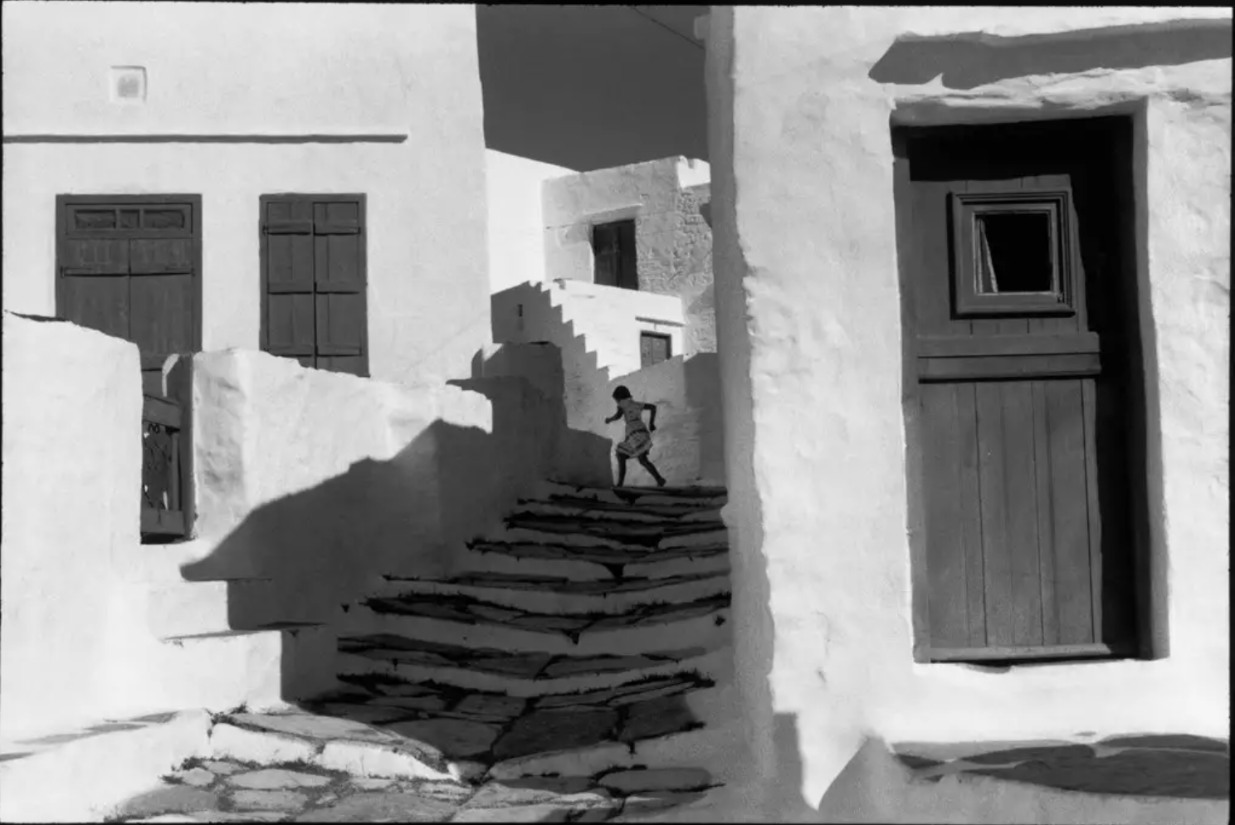 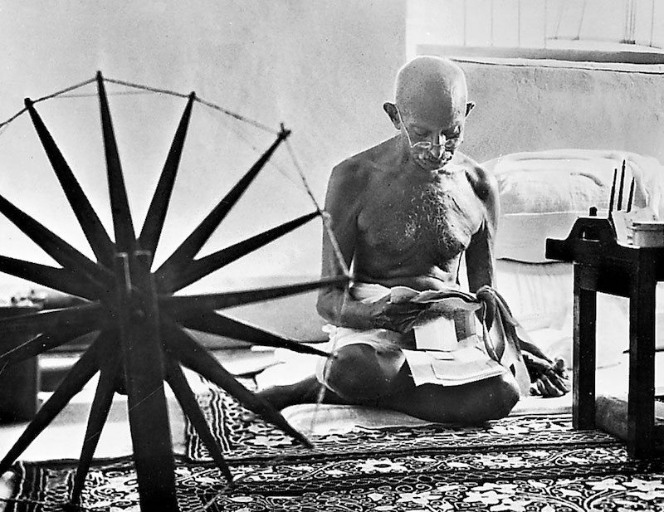 Mahatma Gandhi, a few hours before the assassination

[…] Alfred Stieglitz returned to New York, where he became a partner in ‘Photochrome Engraving Company.’ But his passion for photography didn’t go anywhere. Alfred continued his successful photo experiments and won around 150 awards in the US only. A talented workaholic, Stieglitz invested tons of resources and time in each image. He believed that a perfect picture requires a lot of prior research. Alfred studied the environment around the scene, lines of sight, various sources, and types of light. He was waiting for the complete harmony of the light, moving objects and other components to press the shutter on… Read more »