The story of ‘Hague’ and other photos of Erich Salomon 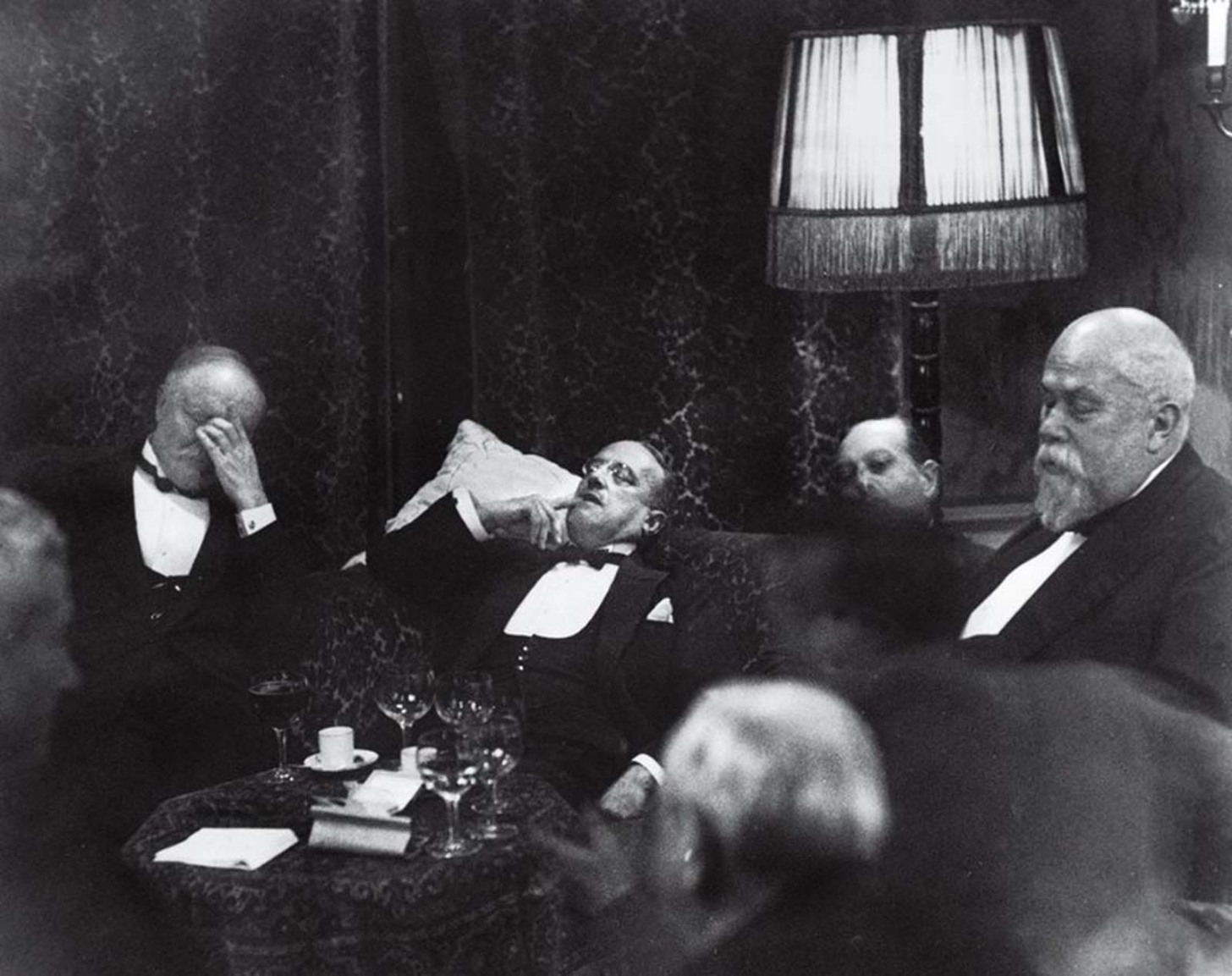 Every politician is dreaming about extra publicity nowadays, but things were different in the pre-media era. Ministers and presidents didn’t like additional pictures from the official meetings, there was no press protocol, no media accreditation, and here’s why this Erich Salomon photos were so demanded. This german photographer used to sneak around the official meeting capturing the decisive moments of international politics.

He courageously passed through the security during League of Nations negotiations, sneaked to the Supreme courts and other cabinets of power to take those unique, unprepared pictures of the most powerful men. 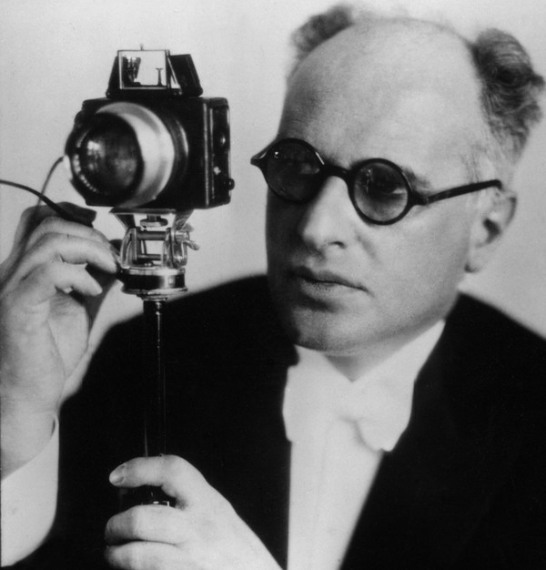 And now, let’s talk about the ‘The Hague’ – one the most essential Erich Salomon photos, which settled among other images in Top 100 most influential photos according to the Time magazine.

Events took place in Hague, obviously, where international delegations were discussing the reparations that Germany had to pay according to the Peace of Versailles.

The amount to pay was unbelievable – 600 million marks – and german foreign ministry team was looking for any opportunity to soften the burdening conditions. At the same time, European countries were suffering the consequences of the great depression, which led to growing unemployment and inflation, and not going to cut any cent of the German dept. 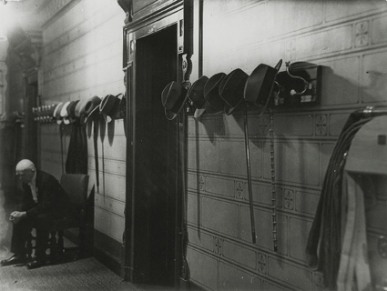 Erich Salomon took his famous picture at 2 a.m. in the conference room. Diplomats and officials were debating on dept payment conditions for 8 hours and were exhausted. Louis Loucheur, French Minister of Labor, was holding his hands to his weary eyes after the long speech addressed to the german counterpart; French Premier Andre Tardieu was leaned back on a sofa, with eyes almost closed, totally fatigued. Old Henri Cheron, French Finance Minister, seated in a high-backed chair, was dozing off. Between Cheron and Tardieu sat Germany’s Foreign Minister, Dr. Julius Curtius, who seems to fall asleep right during the negotiations.

These men are defining the destinies of millions of people across the globe, and believe it or not; they didn’t give any consent for taking this photo. Erich Salomon just disguised his tiny Leica camera, and none of the men-at-power realized that the picture was taken.

Historically German delegation refused to pay 600 million in cash, and parts reached a kind of settlement where reparations could get the form of the manufactured goods.

The result of these negotiations was positioned as a massive diplomatic victory inside Germany, but it was widely seen as another act of humiliation of the Treaty of Versailles. Here’s why a diplomatic victory turned into the last nail in the coffin of the Weimar government, hammered by Hitler’s demagogic. Gentlemen’s diplomacy enjoyed the last sunny days before the time when cannon shots and cover bombings will replace the memorandums and concern notes. 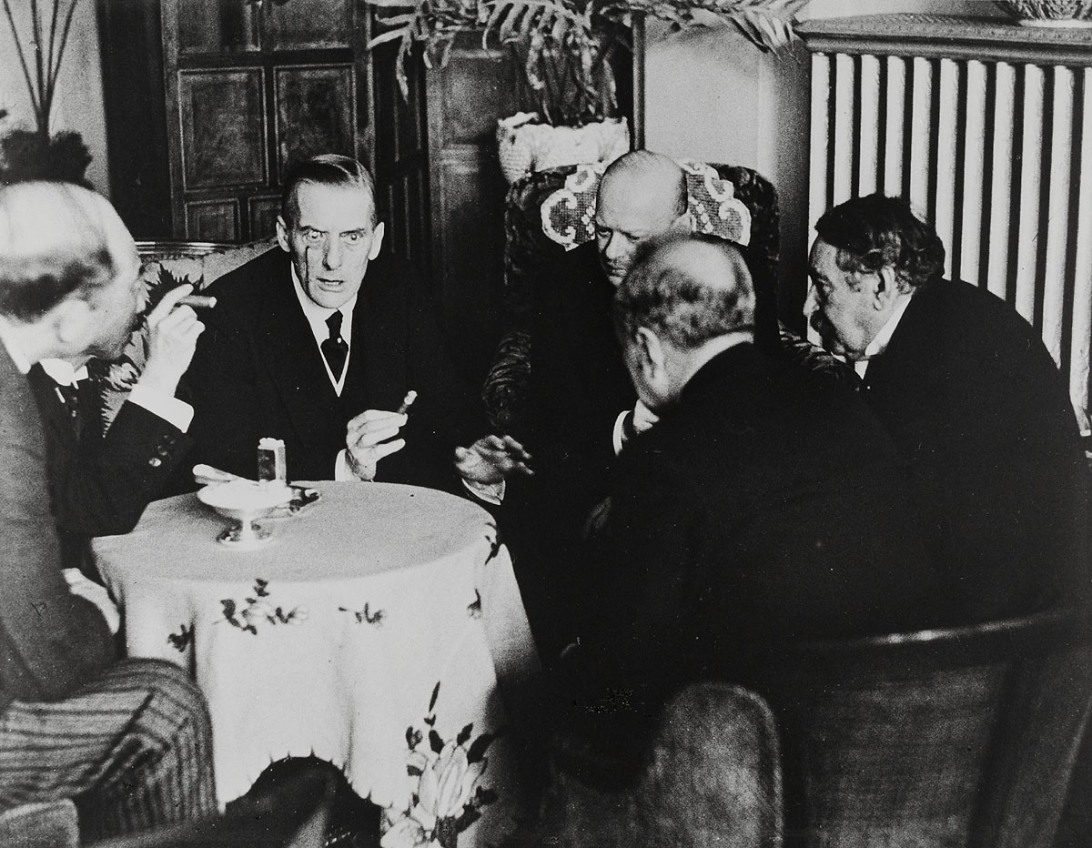 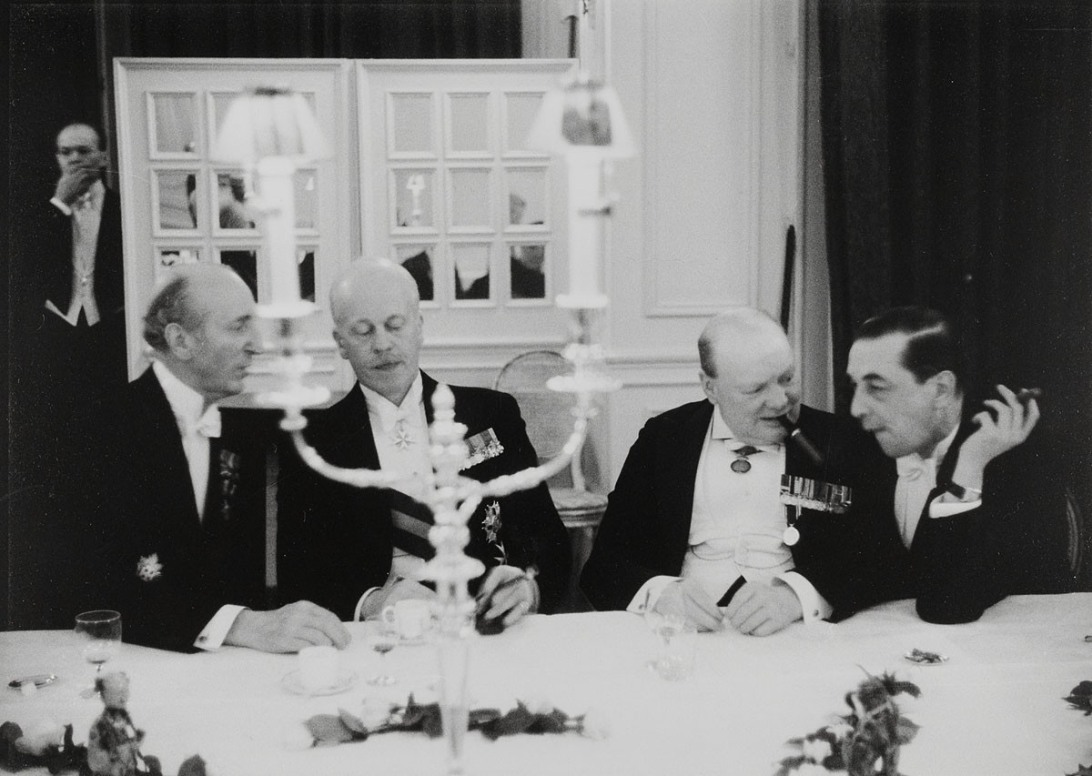 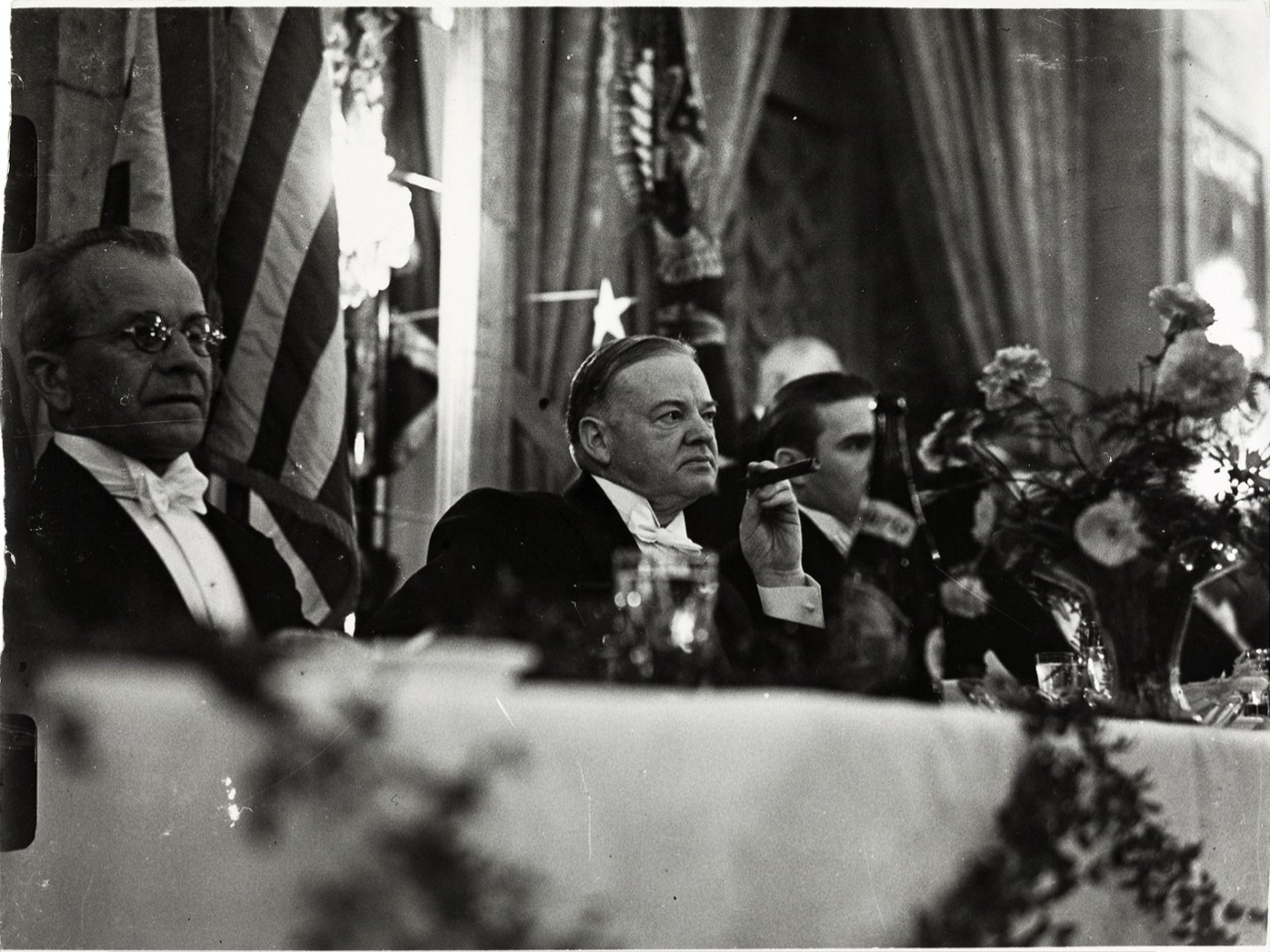 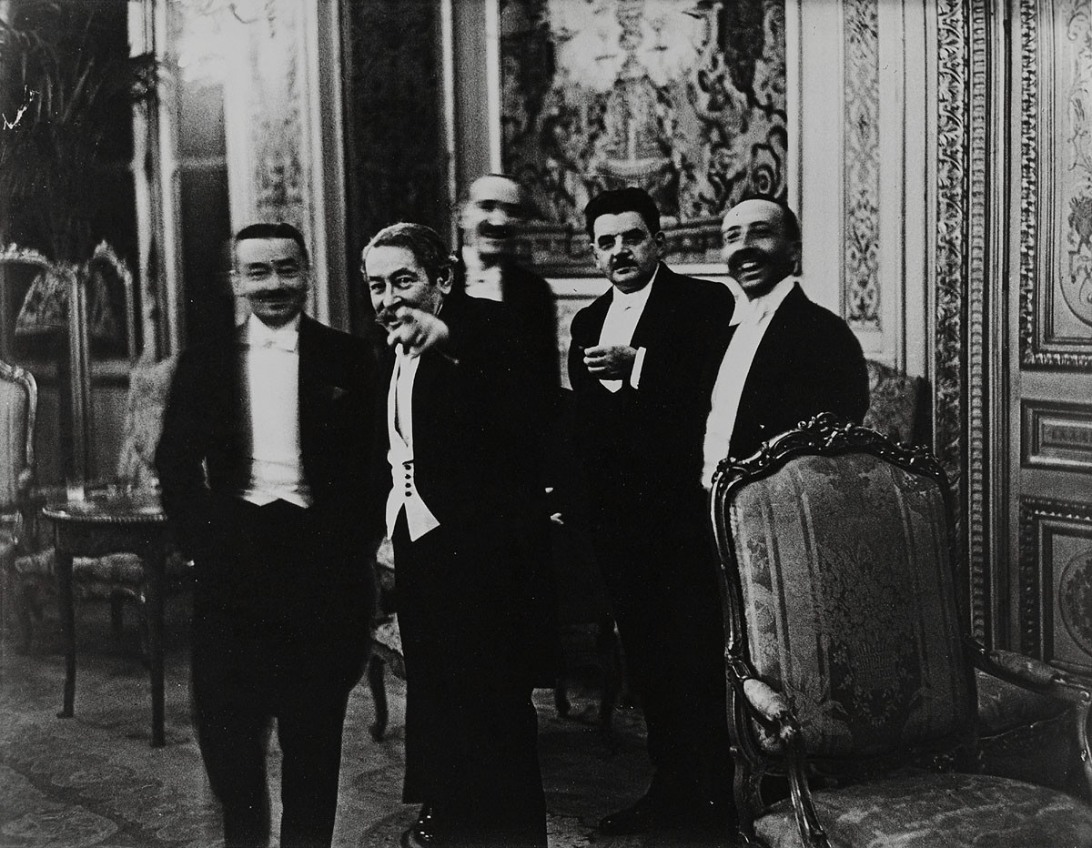 Unguarded officials during the League of Nations meetings

[…] german leaders were debating in Hague about money that country had to pay to France and UK, August Sander pictured people of the […]