Pulitzer photography: The priest and the dying soldier, 1962 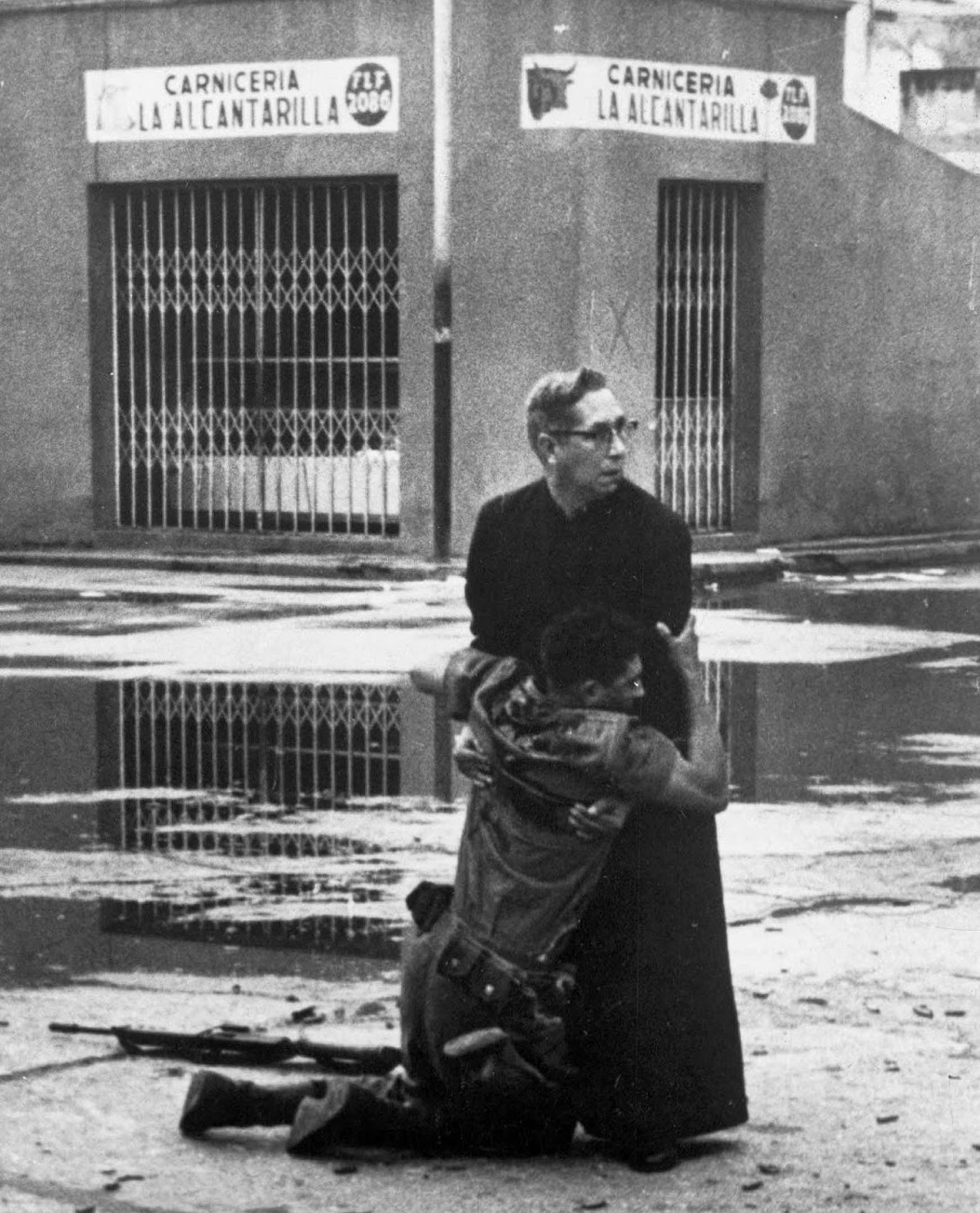 A photograph of The priest and the dying soldier during an uprising in Venezuela won the 1963 Pulitzer Prize for Best Photo of the Year. Desperate photographer, Héctor Rondon Lovera, definitely didn’t stage this photo. There’s no doubt that he risked his life under a hail of bullets while capturing this historical image. This photo reminds of the best revolutionary photography of Susan Meiselas, the bloody reports from the Iranian Revolutions, and, of course, another Pulitzer-winning photo: The last stand of President Allende. 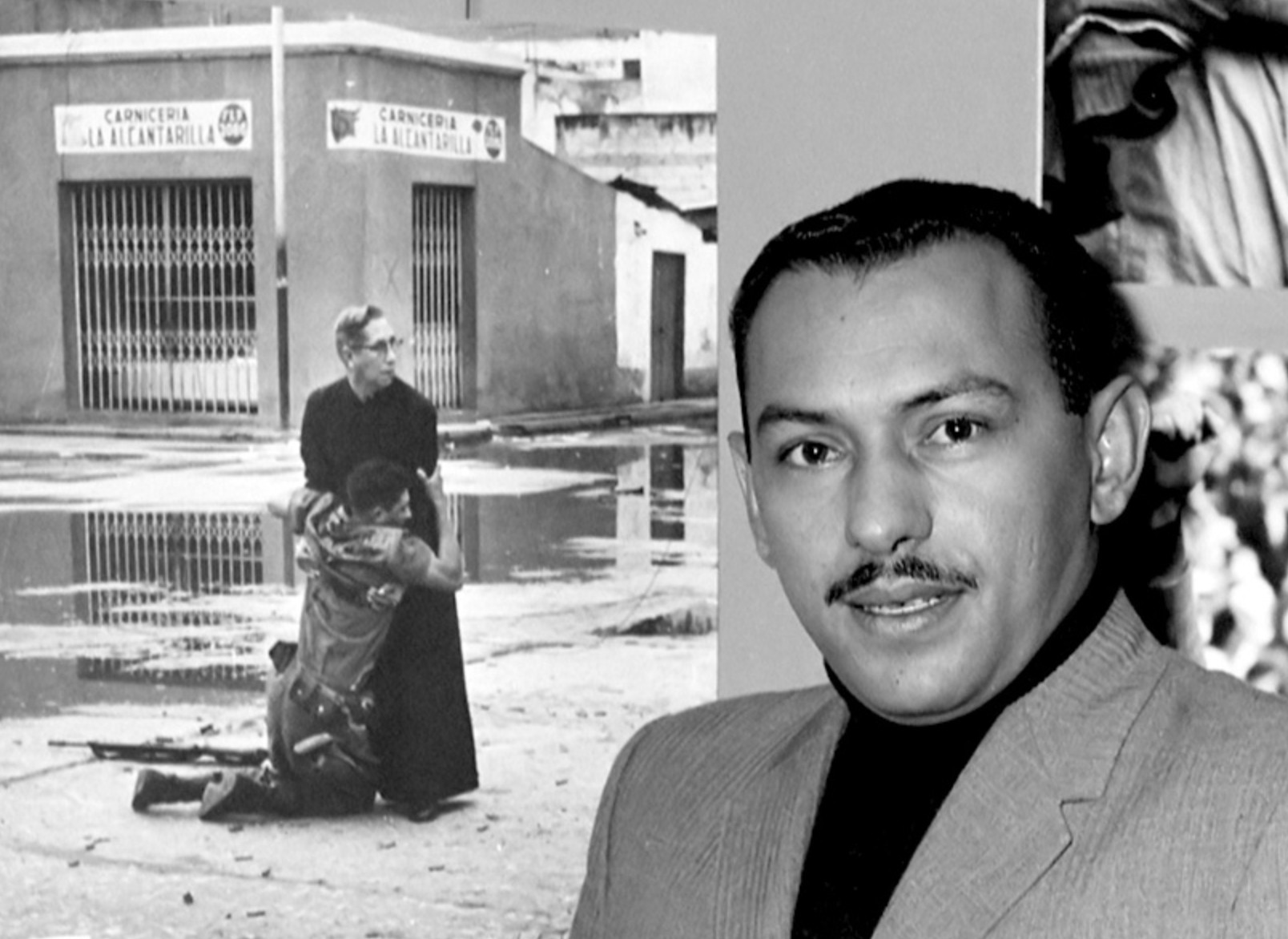 Hector Rondon Lovera worked as a photo reporter for the Venezuelan newspaper La Republica. He traveled to Puerto Cabello from the capital to cover the military uprising against President Romulo Betancourt. On June 2, 1962, Lovera and his colleague, José Luis Blasco, managed to enter the city and capture the entrance of government tanks to Puerto Cabello. Lovera recalled that he had to take many photographs while lying down on the ground, not to catch a bullet. Later Hector will name his most famous shot of that day, Aid from Padre. 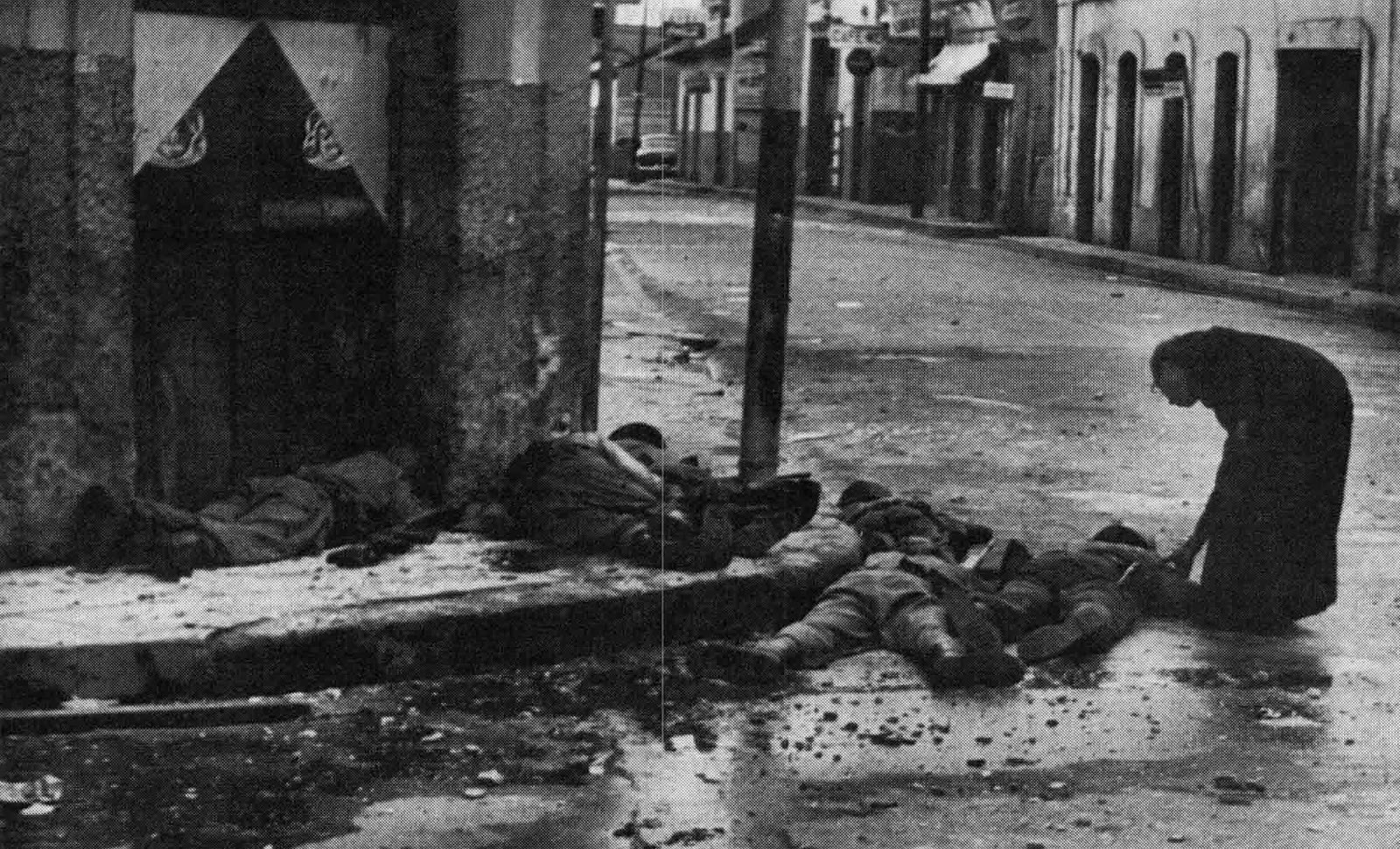 Luis Padilla had no fear of catching a bullet. He just walked around, giving the last rites to dying soldiers. And Hector Rondon Lovera followed him, capturing his historical pictures.

The historical aspect of ‘The priest and the dying soldier.’

In early May 1962, local communists in Venezuela upraised to overthrow the current regime of President Romulo Betancourt. The president didn’t show any sign of fear or weakness. Betancourt passed through the hardening prison and fierce political struggle, so he perfectly knew hot to stand a blow. He refused to negotiate with rebellious military garrisons, demonstrators, and protesters. The Communist Party and the Revolutionary Left organizations became illegal. President Betancourt sent loyal troops to the cities where communist propaganda reached its peak. Puerto Cabello (population 150,000) was on the list of rebellious cities. Some of the bloodiest street battles in the history of the Venezuelan uprising of 1962 took place here. That was a time for the legendary photograph ‘The priest and the dying soldier’ that won the Pulitzer Prize a year later.

A real Aid from Padre

The priest in this photo is Luis Padillo. He was a real hero, and an honest priest, who didn’t support any of the parties. Padillo did not try to look for the right and the wrong. He went out into the street to help the wounded, no matter which camp they belonged to. The massive fire could end up his mission any second. Both sides didn’t care about the number of bullets to fire, hundreds of casualties laid on the battlefield.

All the killed and wounded for the priest of the church were the children of Christ. Padre Padillo, without any fear, performed his professional duty and also helped the injured get out of the fire and get to the shelter. The churchman remained in office until the very end of the uprising. Noteworthy, that South Americans, communists, and their opponents, are extremely religious people. Of course, they tried not to shoot a priest as hard as they could. However, a stray bullet does not spare anyone, so Aid from Padre was the highest act of service to humanity. And Luis Padillo will forever remain in history as a symbol of humanism.

There’s a building with a carnicería sign behind the priest and dying soldier. In Spanish, this word has two meanings: “butcher’s shop” and “Carnage.” There are no better words for those days of history. The Aid from Padre photo became popular immediately. Interestingly, the leaders of the rebels said that the picture aimed at discrediting their movement. They stated that Hector Rondon Lovera staged it. However, this statement contradicts other photos of Lovera, that show how the priest continues to treat the wounded. 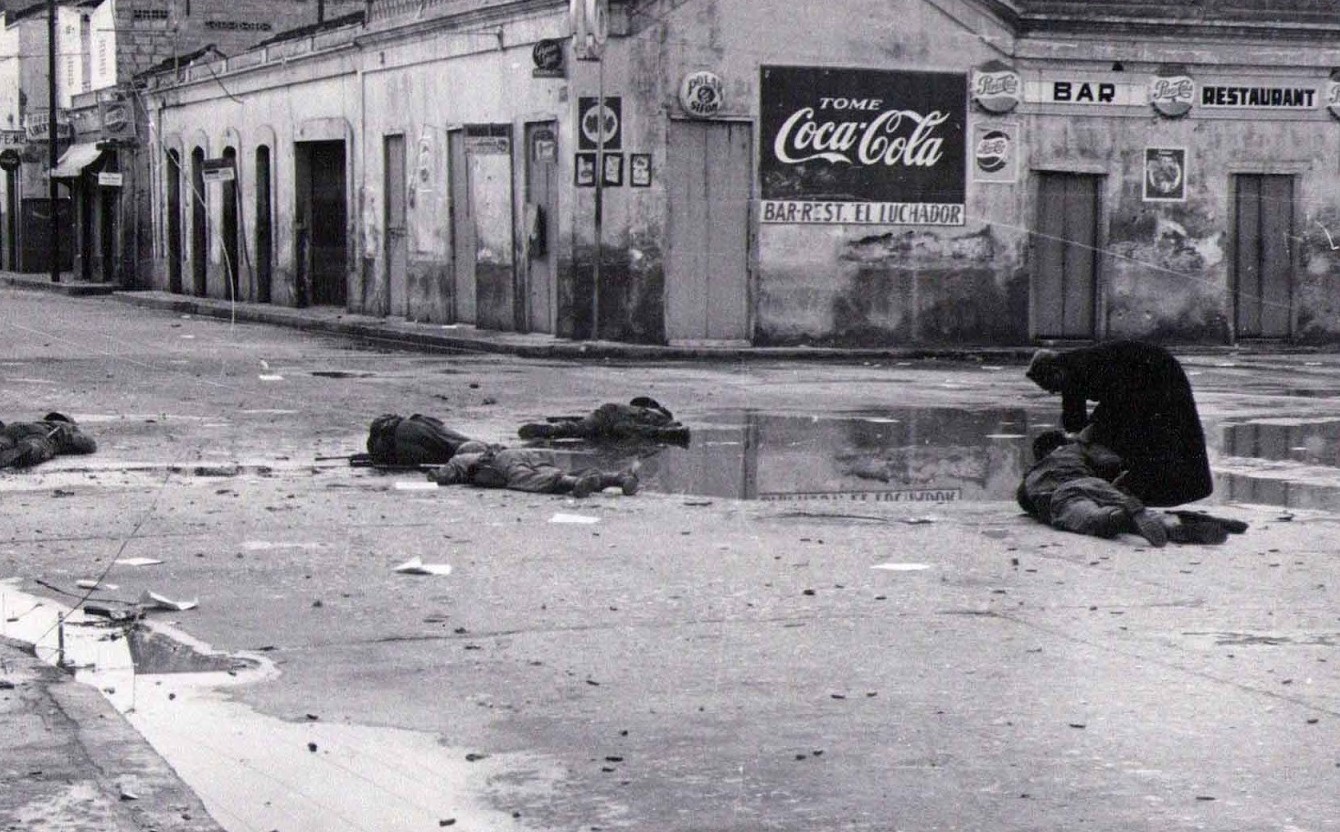 Luis Padillo will forever remain in history as a symbol of humanism. 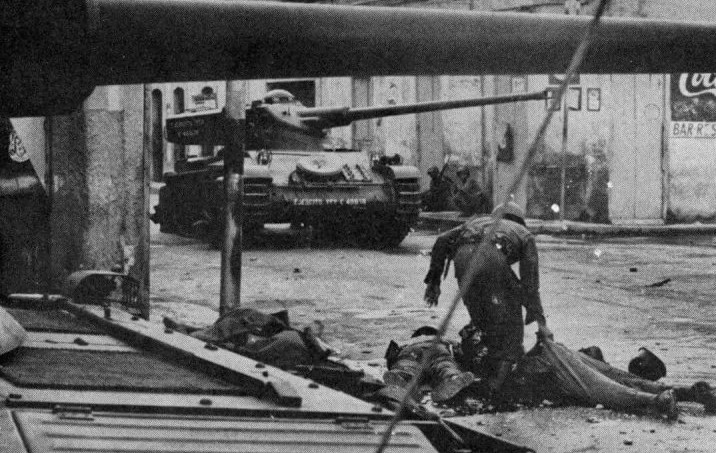 Another shot from the ‘Aid from Padre’ series shows: none of the pictures were staged.

By Andrew Piper
3 Mins read
Fred Herzog started taking pictures of Vancouver in the late 1950s when he moved to the city. He defined a key to…
MusicStories