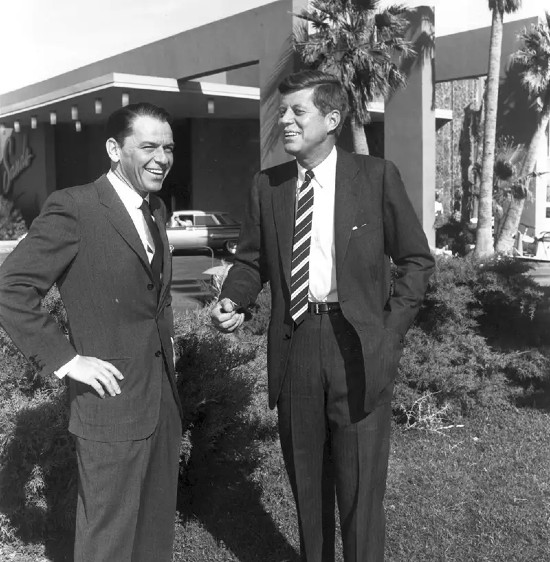 There’s a nice saying about JFK and Frank Sinatra relationships: Over the course of his life, John F. Kennedy spent time with many famous faces, but perhaps his most curious friendship was his short-lived camaraderie with entertainer Frank Sinatra. The following excerpt from Handsome Johnny. This story started with mutual admiration, followed by-election campaign cooperation, and ended up with Sinatra’s total ban from the Kennedy’s and musicians’ joining the Republicans.

Kennedy had a deep respect for the singer, and Sinatra venerated him reciprocally. But their story grew into something more important in 1960 when John F. Kennedy was participating in Democratic primaries in West Virginia. The rumor has it that his dad  Joseph Kennedy supposedly asked Sinatra to get mob boss Sam Giancana assistance for votes delivery any way he could. Mobs did their part and regretted it several years later: after the Kennedys won the White House, Attorney General Robert Kennedy convicted 288 mobsters in 1963 alone. 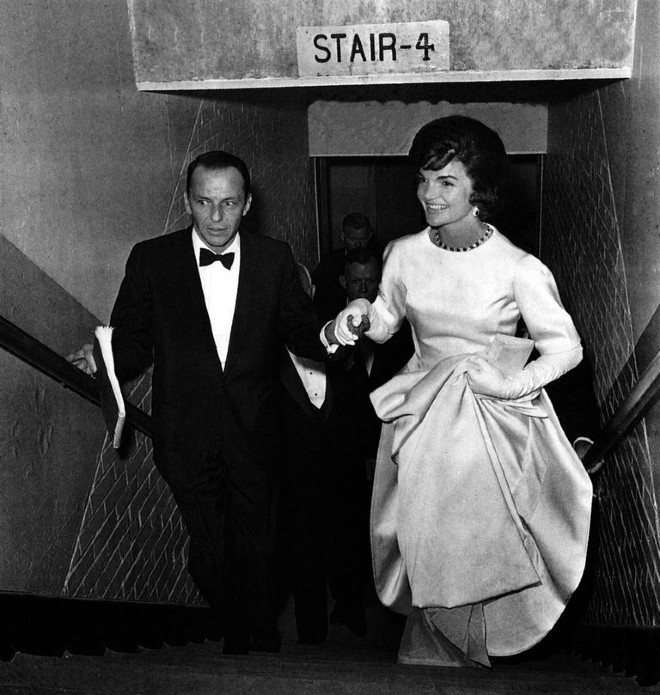 Kennedy had a deep respect for the singer, and Sinatra venerated him in return.

“There was a joke at the time that ended up having some of the truth thereto, that Kennedy wanted to be Sinatra and Sinatra wanted to be Kennedy,” said Steven Watts, who wrote the book, “JFK and therefore the Masculine Mystique: Sex and Power on the New Frontier.”

Their friendship seemed to know no limits: Sinatra was invited to sing at the inaugural party where he escorted Jaqueline Kennedy.  And after Kennedy stopped by his home, he had a symbol that reads “JFK Slept Here” hung within the bedroom and when Kennedy clinched the nomination at the l.a. Convention, the Rat Pack, temporarily transformed into the “Jack Pack.”

Sinatra went ballistic when Kennedy replaced him with Bing Crosby on a visit to Palm Springs 1962. He had a helipad specially constructed on his roof in anticipation of the visit and attacked it with a sledgehammer when he found that JFK’s did a last-minute switch to Crosby’s place. Sinatra, who stayed with Democrats for a decade, switched his allegiance to the Republican party soon after. 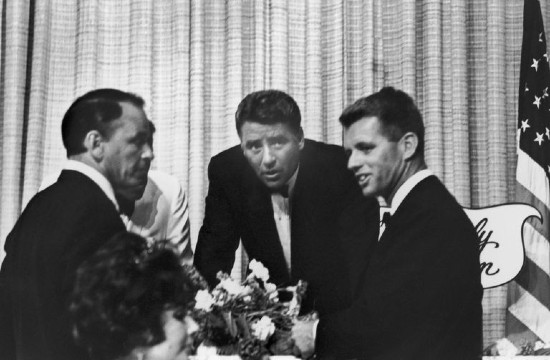 The story behind Sinatra’s dismissal from the Kennedy ingroup, the accepted narrative, had it that the FBI’s J. Edgar Hoover met with the attorney general shortly before the president’s Palm Springs getaway and warned him to set a distance between his brother and Sinatra. He supposedly provided some evidence of the singer’s close relationship with Sam Giancana and various other gangsters, which wasn’t a big surprise, though. Shocked and alarmed, because the story goes, Bobby ran to Jack within the Oval Office and demanded he cease all contact with the person.

The sequence of events seems essentially right, apart from the quaint concept Bobby—or anybody else who read a newspaper or gossip column over the previous twenty years—was unaware of Sinatra’s fraternizing with the Mob. If Frank’s fondness for gangsters had survived this long without making much trouble for the administration, why wouldn’t it cause such an eruption now?

By Andrew Piper
5 Mins read
Rosemary Kennedy was born to be a part of the high society, but her mental problems led to a failed lobotomy that…
MusicPhoto of a day

By Andrew Piper
1 Mins read
By 1946, Frank Sinatra was such famous that trend sculptor Jo Davidson agreed to create a singer’s bronze bust. Well, not a…
MusicStories