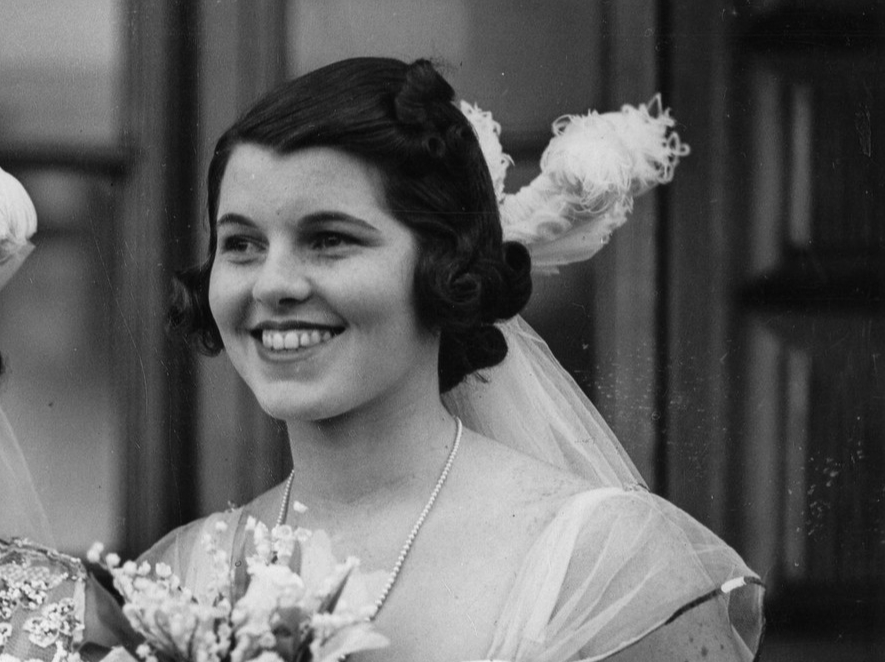 Rosemary Kennedy was born to be a part of the high society, but her mental problems led to a failed lobotomy that became a tragedy for the family.

She was born to fly high

Rosemary Kennedy on September 13, 1918. She was a long-awaited girl for the Kennedy family: Joseph and his wife Rosa already had two boys. The problematic birth did not overshadow the joy. The Spanish flu epidemic delayed the doctor’s arrival, and the nurse tried to delay the child’s birth for two hours. 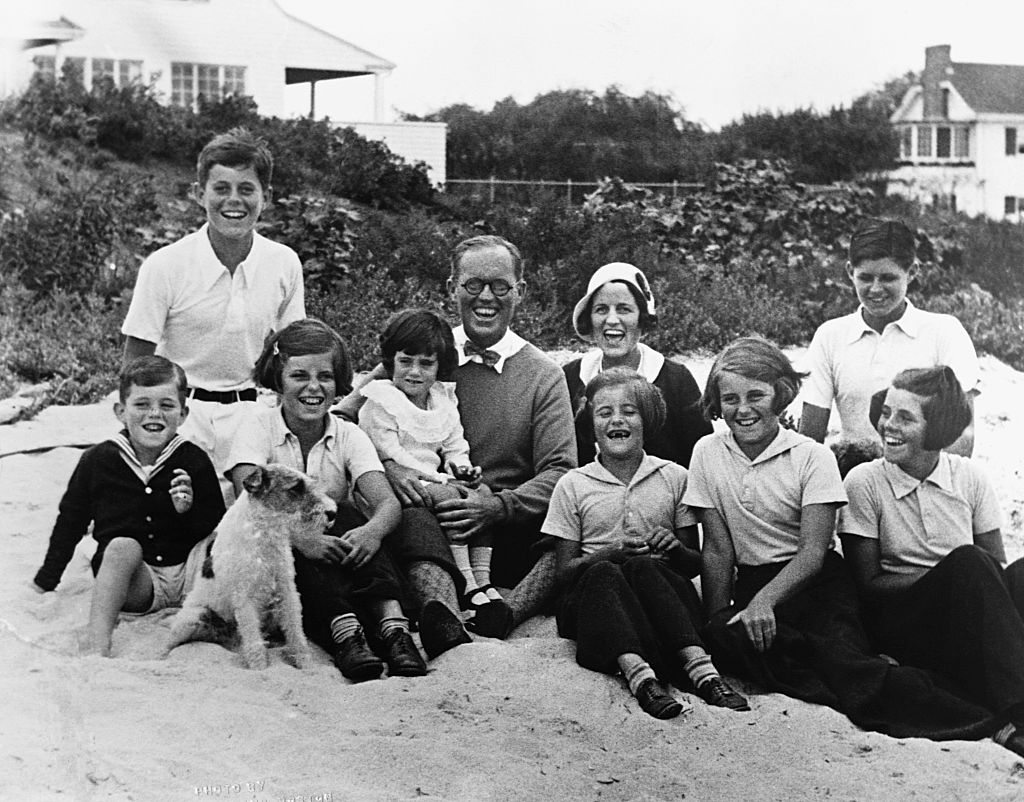 The perfect Kennedy family. Rosemary is on the far right. Her brother John the future president of the United-States is first in the top row from the left wearing a white T-shirt.

Rosemary Kennedy was born to become a brilliant socialite, benefactor, wife, and mother. Her father, Senator Joseph Patrick Kennedy, was at the zenith of his political career. Her mother, Rosa, was a devout Catholic, nee Fitzgerald, and Boston’s first mayor with Irish-decent. But fate decreed otherwise.

Rosa Kennedy did all that mother could do

Her mother began to notice that the Rosemary was lagging behind her brothers in development. She learned to roll over, crawl, walk later than others. At first, Rosa attached the gap to gender differences. But then two sisters of Rosemary were born, and they proved this theory wrong. 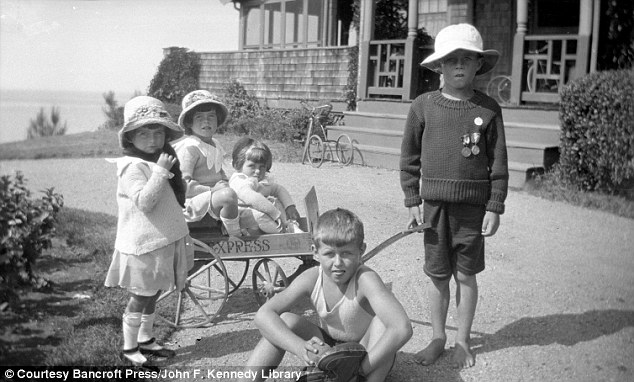 Rosie (standing) with her two older brothers, and her younger sisters Kathleen and Eunice

Rosa Kennedy addressed the problem of Rosemary to the doctors, who actually confirmed the arrested development. The reasons stayed unknown. Someone said that it was hereditary, someone referred to the trauma during childbirth. They said that while the nurse was trying to “delay” the birth, the child experienced oxygen starvation. 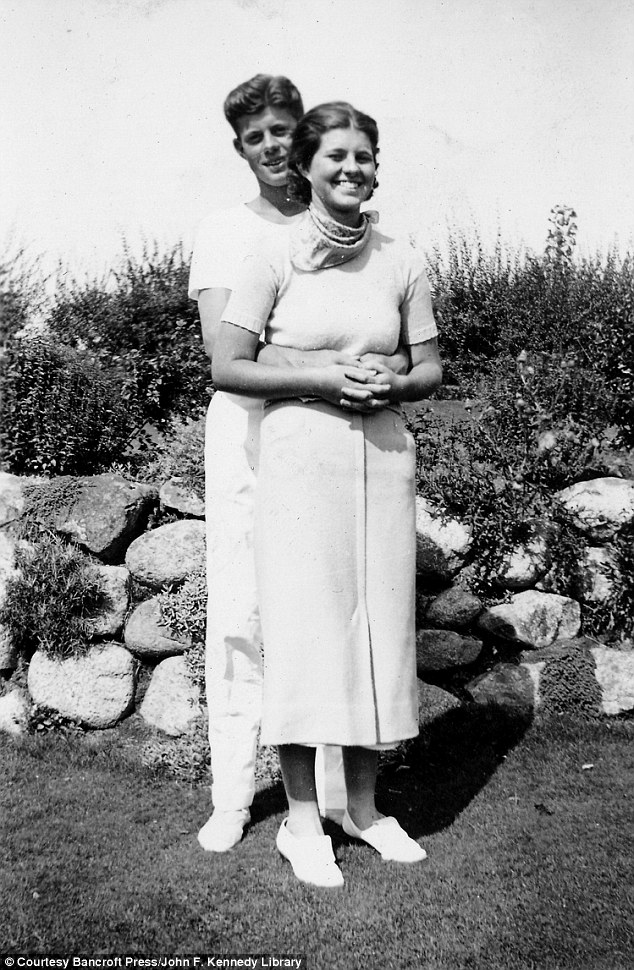 Rosemary Kennedy changed many schools. At the age of 15, she was at the development level of an 8-year-old child.

Doctors suggested putting Rosemary to a psychiatric hospital, but her mother refused. Instead, the Kennedy family rebuilt a new tennis court at one of the schools where Rosemary was kept under teachers’ and nuns’ supervision. 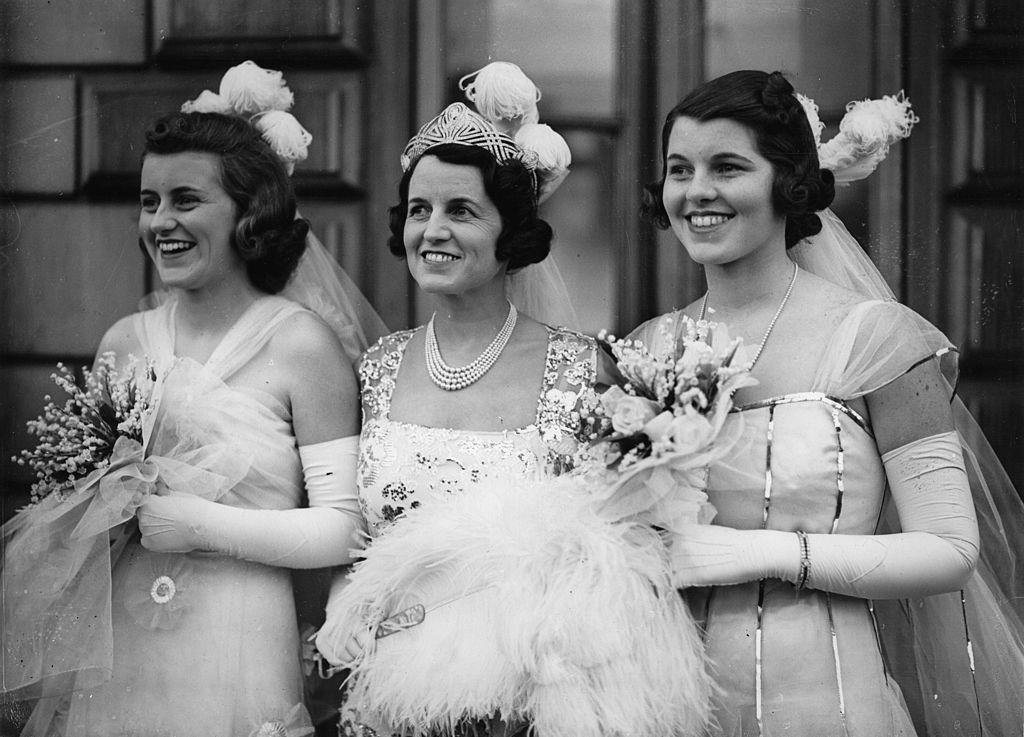 Kathleen and Rosemary Kennedy with their mother Rosa during the introduction to the British King, 1938

The situation was complicated as Joseph Kennedy had to keep an image of the ideal family for his political career. The suffering child did not fit into this beautiful picture, and Rosemary’s condition was carefully hidden from journalists. Undoubtedly, his eldest daughter’s illness was a tragedy for Joseph Kennedy because he literally trained his children to succeed. Kennedy had to be the first in everything.

Rosemary spent her time with the teachers, mastering writing and reading, and achieved some results. Nonetheless, “Winnie the Pooh” was still her favorite book. Simultaneously, Rosemary communicated with her brothers and sisters almost on an equal footing, not feeling the differences between them and herself. And all eight Kennedy children truly loved Rosemary. Her relationships with sister Eunice were especially warm. 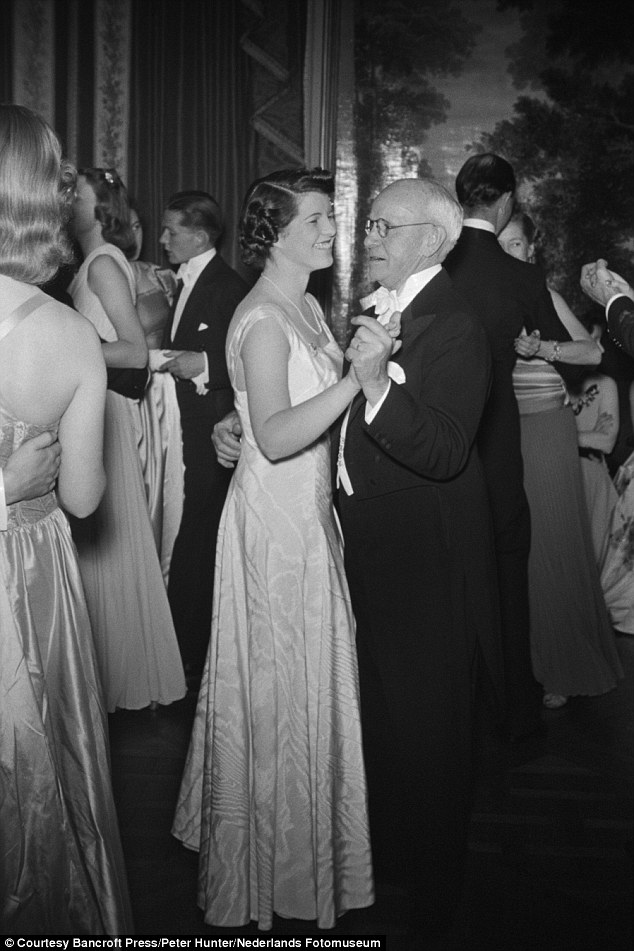 Rosemary dances with family friend, Edward Moore. It was the last photo of Rosemary Kennedy before the lobotomy.

Why did Rosemary Kennedy have a lobotomy

In the late 1930s, Joseph Kennedy was appointed United States Ambassador to Britain. The position imposed secular obligations on the entire Kennedy family. So, Joseph’s eldest daughters were introduced to the court of King George VI and Queen Elizabeth in 1938.

20-year-old Rosemary, dressed as befits a debutante in all white, stumbled awkwardly and nearly fell during the ceremonial bow. But secular publications still noted her beauty and sincere joy. A year later, Rosemary and her family attended the coronation of Pope Pius XII in Rome.

Even those who knew about the Kennedy family’s secret could think that Rosemary somewhat improved and, perhaps, would still live the brilliant life that she was born for. 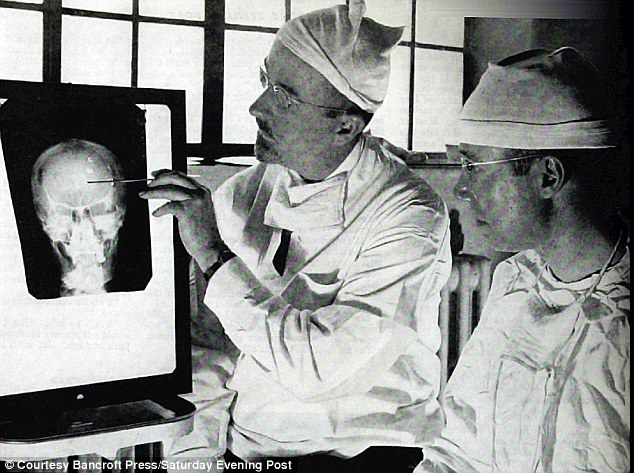 Dr.Watts examining the x-ray image of Rosemary Kennedy before the lobotomy

It became harder to keep the state of Rosemary Kennedy in secret as she was growing up. The nuns complained that the girl escaped at night and disappeared until the morning. She could get pregnant or get into trouble. Also, Rosemary’s outbursts of anger happened more often.

The politicians who knew about the family problem advised Joseph to subject Rosemary Kennedy to a lobotomy procedure. The operation will calm the girl down. Joseph agreed without a discussion with his wife.

Rosemary Kennedy just turned 23 when she had a lobotomy operation. 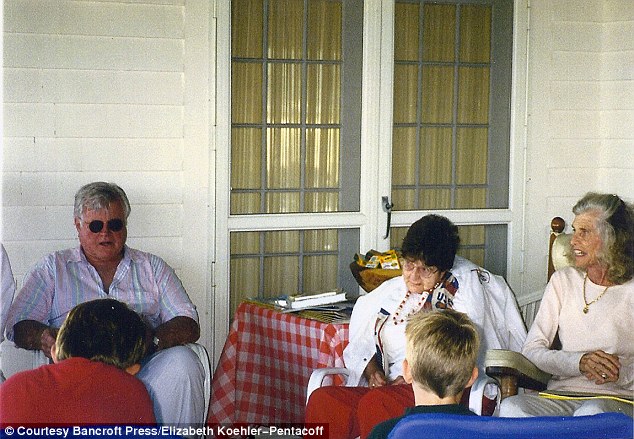 Ted, Rosie, and Eunice. Rosie started visiting Boston and Hyannis Port. There was family love back in her life – after years of isolation

Joseph Kennedy agreed on lobotomy for duaghter without notifing  her mother

One of the doctors, James Watts, retold the operation’s story to the writer Ronald Kessler. The second physician was lobotomy specialist Walter Freeman. Kessler described the procedure as follows:

“She took a mild tranquilizer. I made a surgical incision into the brain through the skull, next to the forehead, on both sides. We made a small incision, no more than 2.5 cm. “ 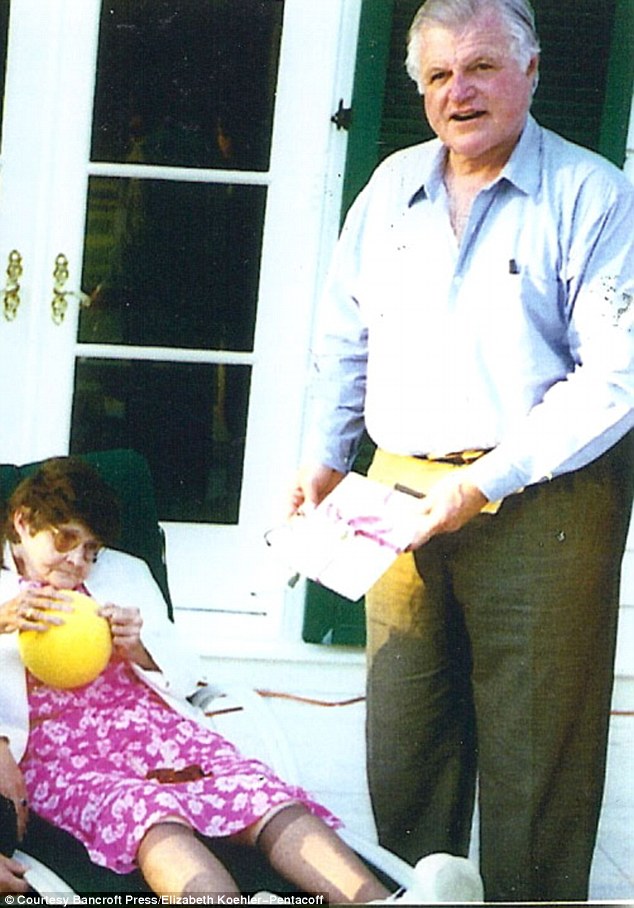 The tool Dr. Watts used looked like a butter knife. He turned it up and down to cut through the brain tissue. “We put the tool inside,” he said.

After Dr. Watts made the incision, Dr. Freeman began asking Rosemary’s questions. For example, he asked her to quote the Lord’s Prayer, sing “God Bless America,” or count backward. “We made an assessment of which cut to make based on how she responded.” When she started talking incoherently, they stopped.” 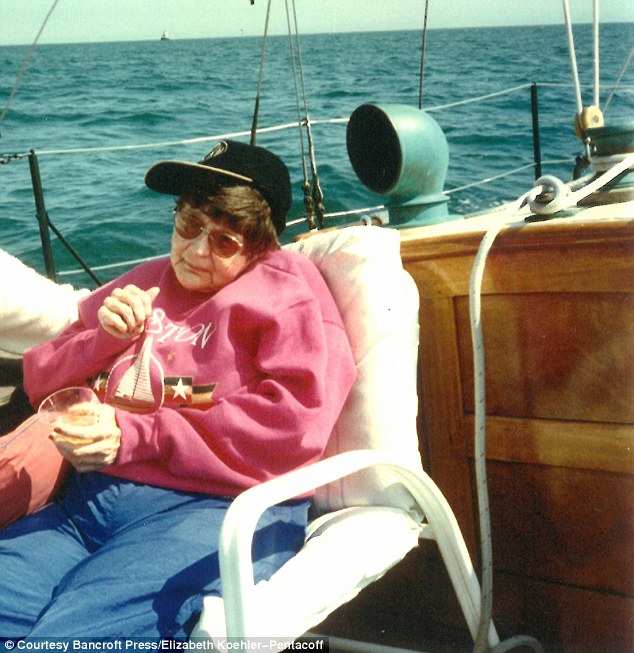 Here, Rosemary Kennedy enjoys sun and waves on a boat ride on a trip to Hyannis in her later years

The lobotomy failed: Rosemary Kennedy could no longer walk, could not speak articulately. Her mental capacity dropped to the level of a two-year-old.

Father put Rosemary Kennedy to the mental hospital immediately after the lobotomy. She spent the first couple of years in New York and then moved to Wisconsin, where she spent her long life. Her father built a separate building for the Wisconsin hospital and made sure that his daughter did not need anything. Nonetheless, Joseph Kennedy never visited Rosemary after the failed lobotomy. 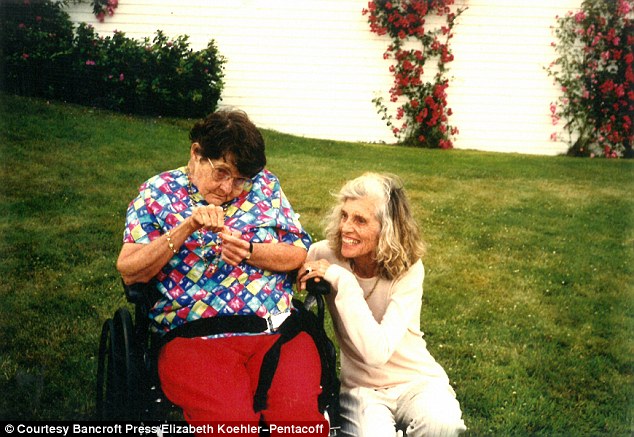 The reunion with the exiled sister did not happen until the 1960s. Joseph suffered a stroke and couldn’t influence family affairs. JFK was assasinated, so there was no risk to damage his political career. The family began to bring Rosemary to the celebrations that she loved very much. Eunice maintained the closest relationship with her sister. She even created the Special Olympics for people with mental disabilities.

Rosemary passed away at the age of 86; next to her were Jean, Eunice, Patricia, and brother Ted.