The history of the Chinese cultural revolution in pictures Oldpics published some pictures of the Buddhist temples destruction during the Cultural Revolution in China. Now we’re fulfilling those photos with a new set by the Chinese photographer Yin Ho. The extra value of his pictures comes with the personal attitude of the cameraman and his link to the historical events of the Cultural Revolution in China. Ho was an active supporter of the Red Guards during that period and had a unique opportunity to capture the movement from inside. 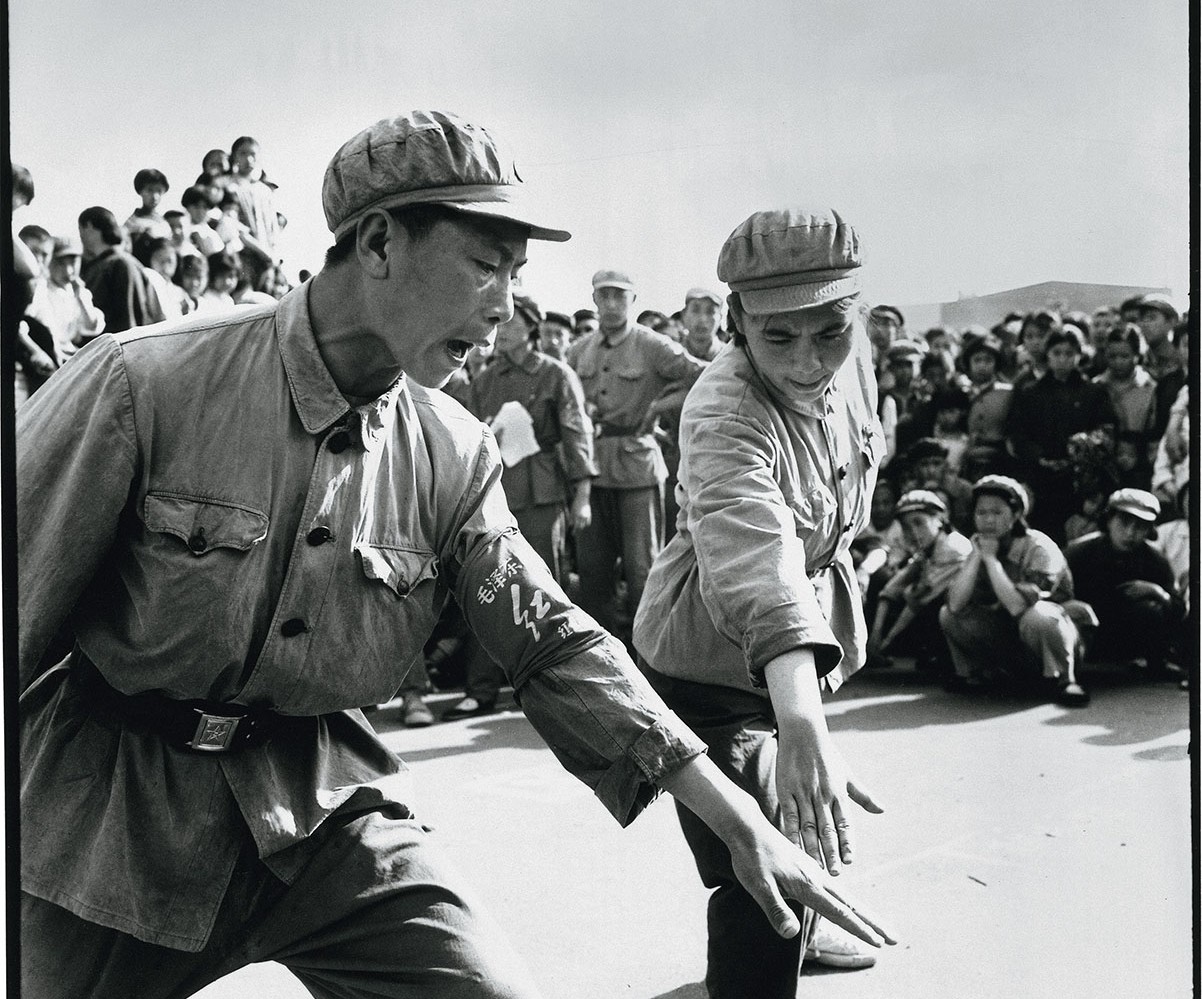 Two Red Guards are performing the Loyalty Dance. Dance had to demonstrate loyalty to the Communist way of China and Mao Zedong personally. Harbin August 1966.

Mao Zedong still was a Chairman of the Central Committee of the Communist Party of China when he announced the start of a “cultural revolution” in 1966.  The main idea of reforms was to “fight internal and external revisionism.” As historians note, this series of ideological and political moves had to remove all the opponents of Mao from the governing bodies of the party. Mao Zedong performed a brilliant propaganda move to start the political campaign. He participated in public swimming showing that he is still full of health and power to move China forward. Pictures from the Cultural Revolution campaign start hit the list of the 100 most important photos in history.

Two main factors pushed Mao Zedong towards the Cultural Revolution: relationships with USSR and failed ‘Great Leap’ reforms. Initially, that changes had to strengthen the industrial base and boost economic recovery. But the historical reformation fails led to 45 million people died of hunger and substantial financial losses. The army support was a decisive factor in the political success of the Cultural Revolution. Pilots are studying Mao thought before the flight at the Wuchang County, Lalin Airfield Heilongjiang. July 1966

How the Cultural Revolution began

The beginning of the “cultural revolution” in China coincided with another campaign of “self-criticism.” Chinese had to present their mistakes while implementing the Great Leap policies to the party in writing form. Official newspapers stated: “Now we set ourselves the goal of crushing those in power who are following the capitalist path, criticizing the reactionary bourgeois’ authorities’ in science, criticizing the ideology of the bourgeoisie and all other exploiting classes, transforming enlightenment, transform literature and art, transform all areas of the superstructure that do not correspond to the economic basis of socialism to contribute to the strengthening and development of the socialist system.”

The vague definition of the class enemies of the proletariat led to the “war of all against all.” Red guards put the most significant pressure on former feudal lords, clergy, and intellectuals. The young “rebels” – the hungweibins (schoolchildren and students) and zaofani (young workers) – began their fight against all the enemies. 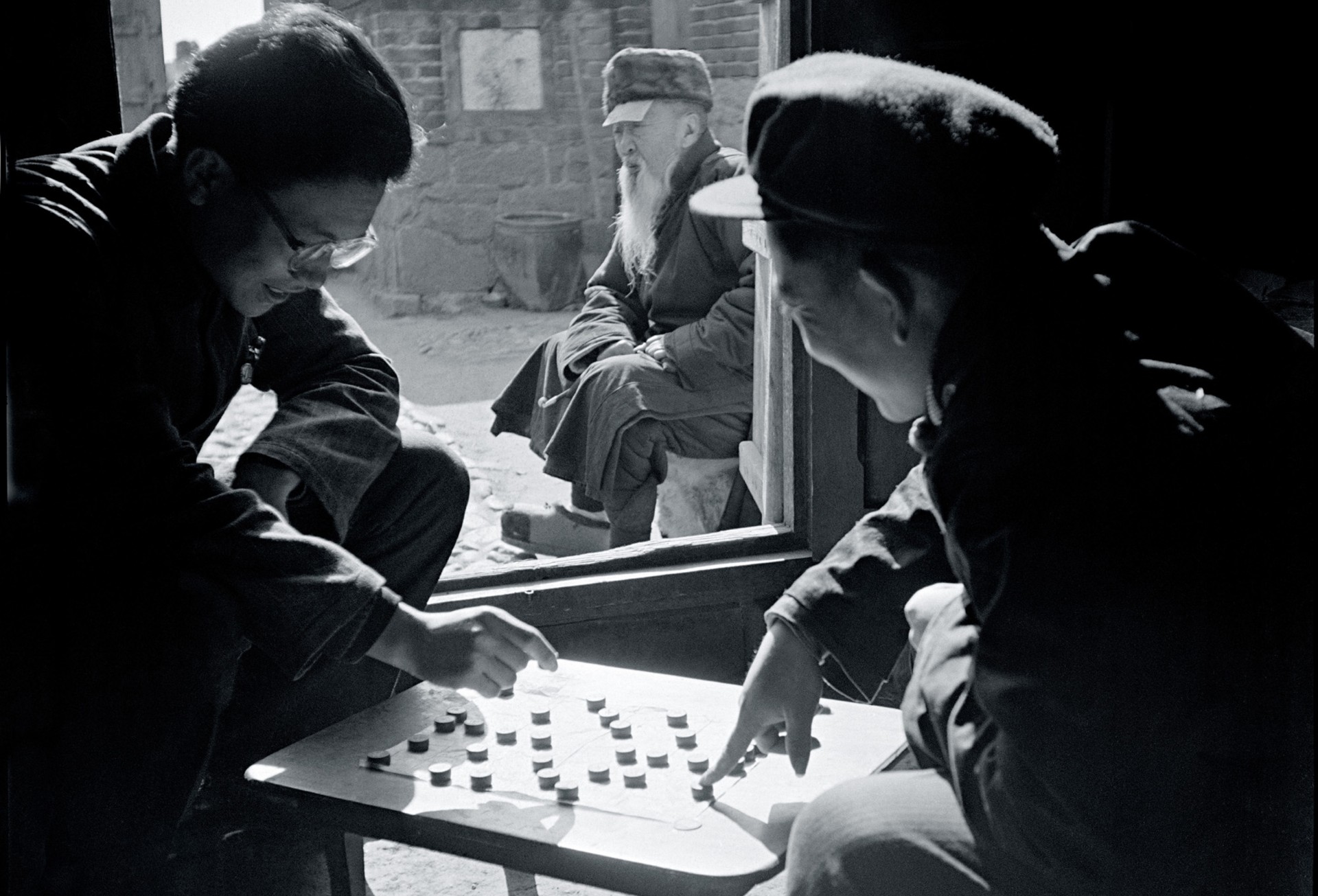 The illustration of the cultural revolution: the young generation declines everything linked to elders Chinese. Two brothers are playing chess at home in Shandong, while their grandfather is sitting outside.

They formed gangs and looked for “revisionists,” which were often their teachers, weak local authorities, and so on. The “rebels” were dressed up in jester’s caps, painted their faces, and subjected to all kinds of bullying.

Only “revolutionary operas from modern life,” written by Mao’s wife Jiang Ching, were released in the theater. Thus, the campaign for “socialist re-education” was carried out.

Often, the Red Guards attacked people who were just walking the streets. They stopped random people, forcing them to read quotes from Mao. They also forced women to cut off their braids and shave off their dyed hair, tore too tight clothes, and broke their shoes and heels. The owners of shops changed their places names to fit the Communist ideals of Mao. 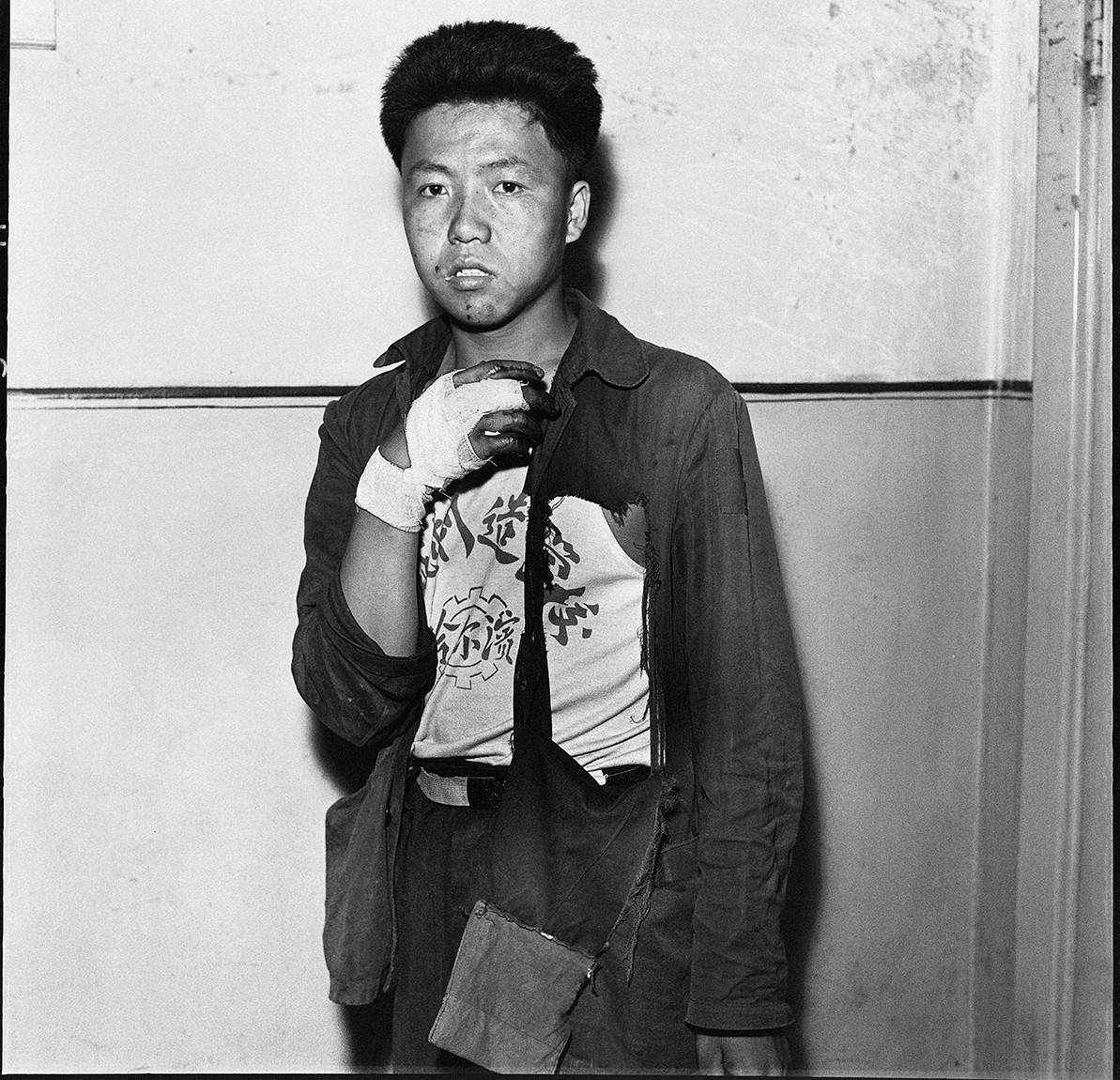 Injured Red Guard after a fight with the rival faction to control a propaganda truck, Harbin, June 1967

The end of uncontrollable Red Guards

Ultimately, Mao ordered an army to suppress the uncontrollable Red Guards. Gangs lost this fight. In September 1967, Red Guards detachments and organizations were disbanded. While a significant part of the leaders went to the distant provinces (in the fall of 1967 – about 1 million people, in 1970 – 5.4 million), some of them were publicly executed.

The results of the Cultural Revolution were even more terrifying than the consequences of the Great Leap Forward policy. About 100 million people suffered a violent attack by Red Guards. About 5 million party members had to abandon their public activities and suffered the repressions.

Also, the “rebels” destroyed a significant part of the cultural heritage of the Chinese and other peoples of the PRC: thousands of ancient Chinese historical monuments, books, paintings, temples, monasteries, and temples in Tibet. And of course, the Cultural Revolution led to the tightening power of the communist party that survived many protests and still set the course for 2 billion people. 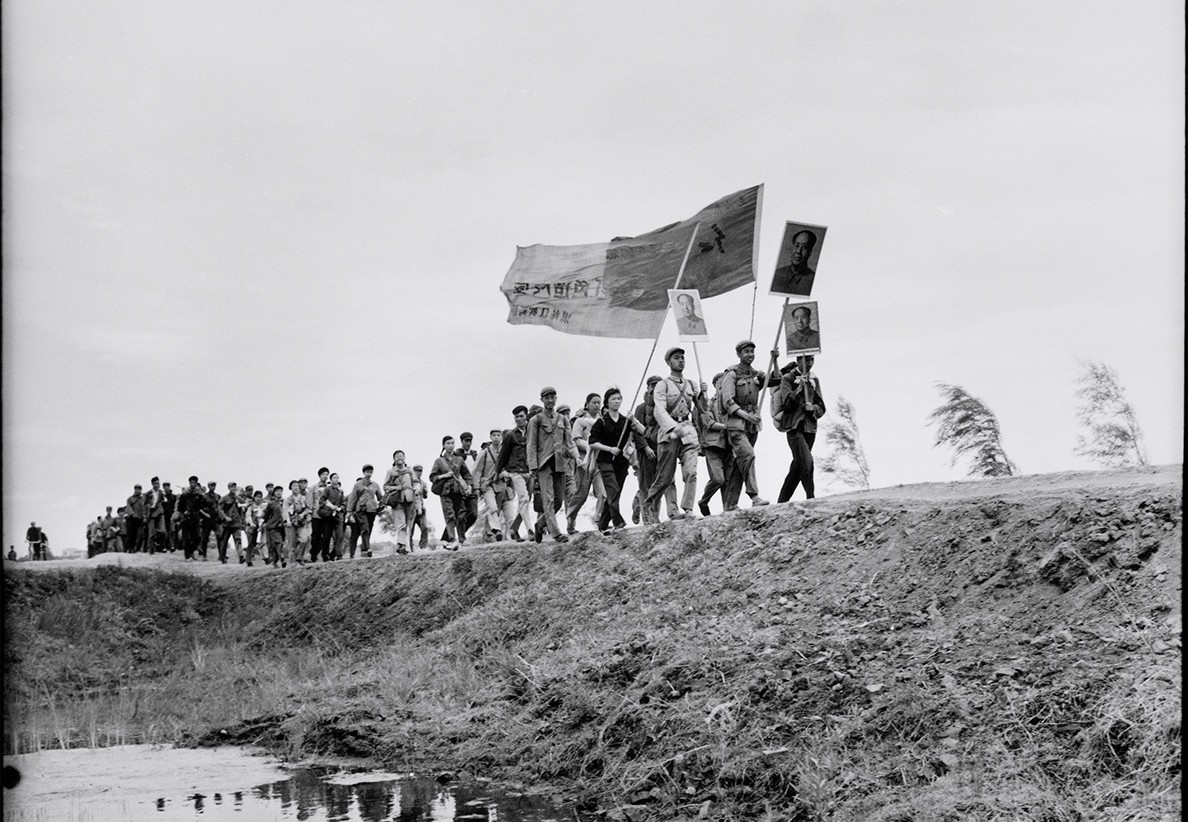 Sing and dance literature and art workers going to the fields to educate poor peasant  In Mao thought. Heilongjiang, Aug 1967. It was essential to show that the Red Guards are the most progressive representatives of Chinese society. Performance of the White Hair Girl Ballet for farmers and Red Guards crowd in Acheng County, Heilong Jiang. 23 July 1968. A massive collection of hundreds of thousands of official and homemade portraits of Mao Zedong, June 1968. 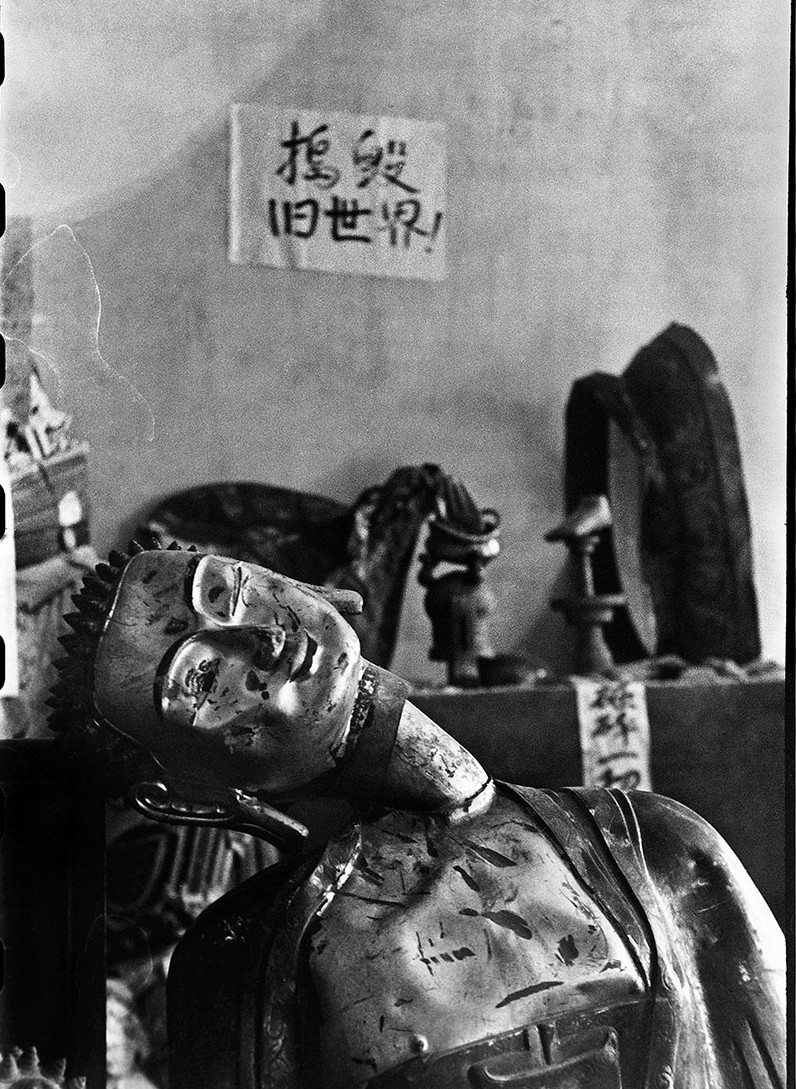 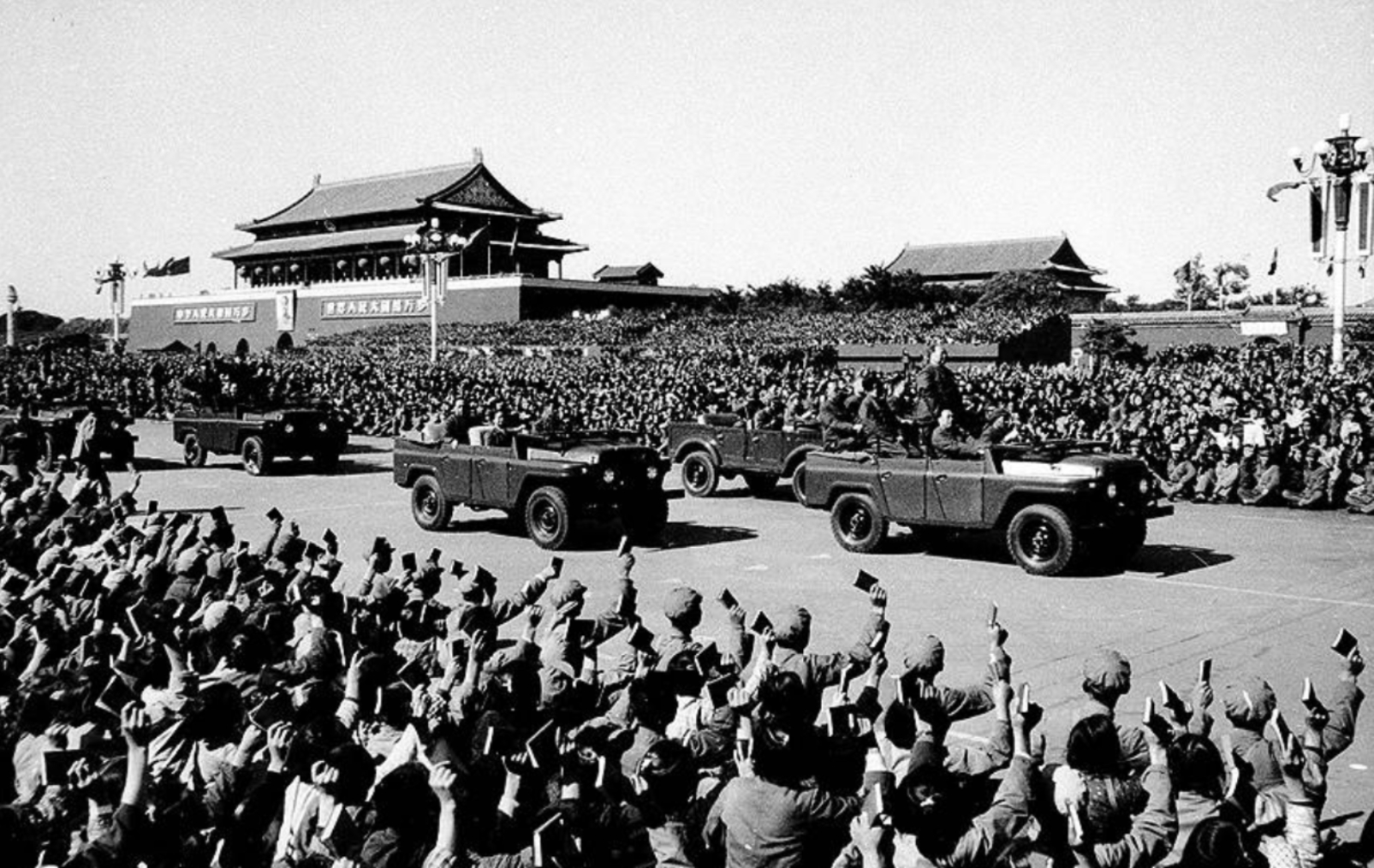 Mao Zedong during the parade in Beijing, 1967 Mao supporters in a propaganda truck, 1967 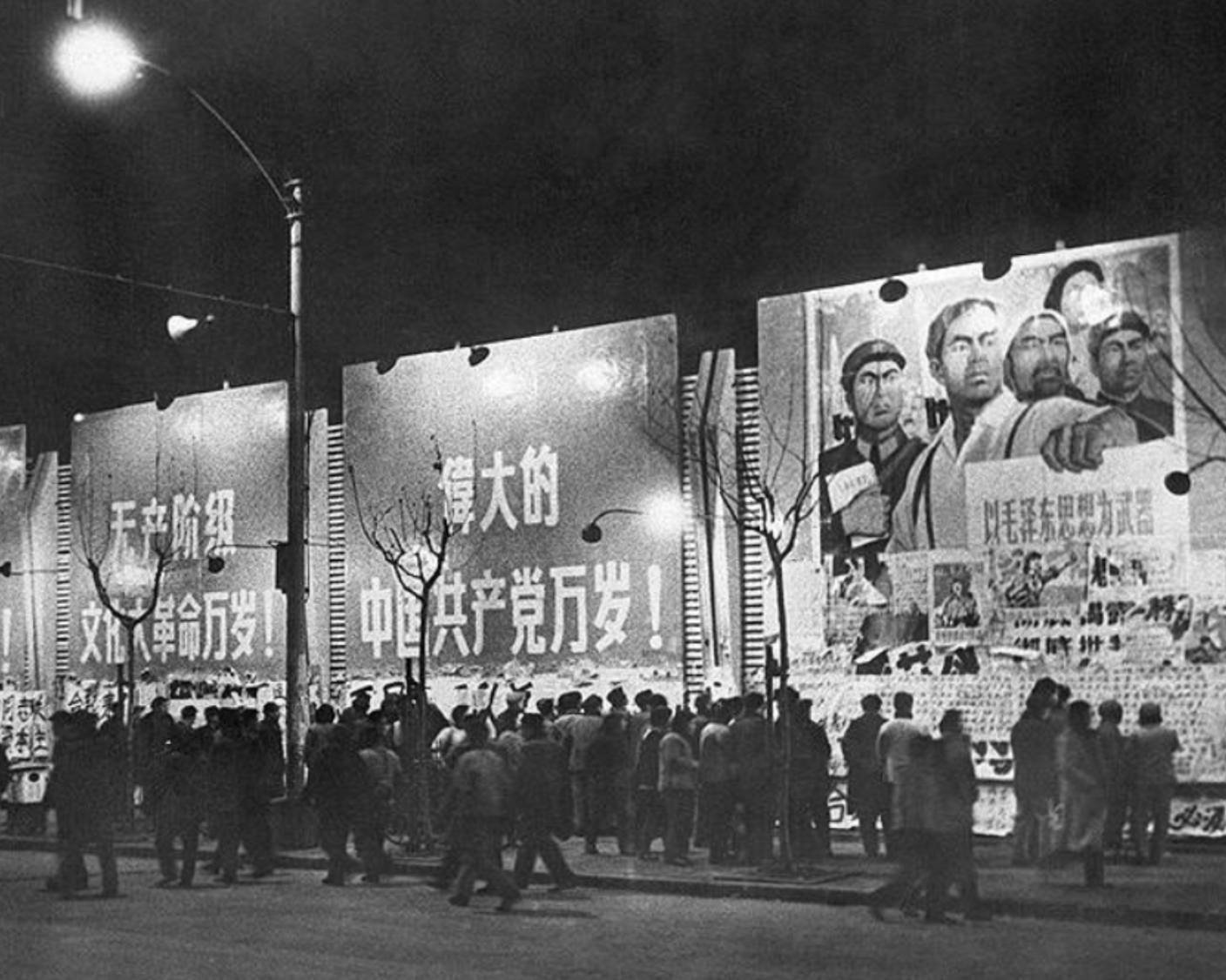 School meeting for support of the Great Helmsman 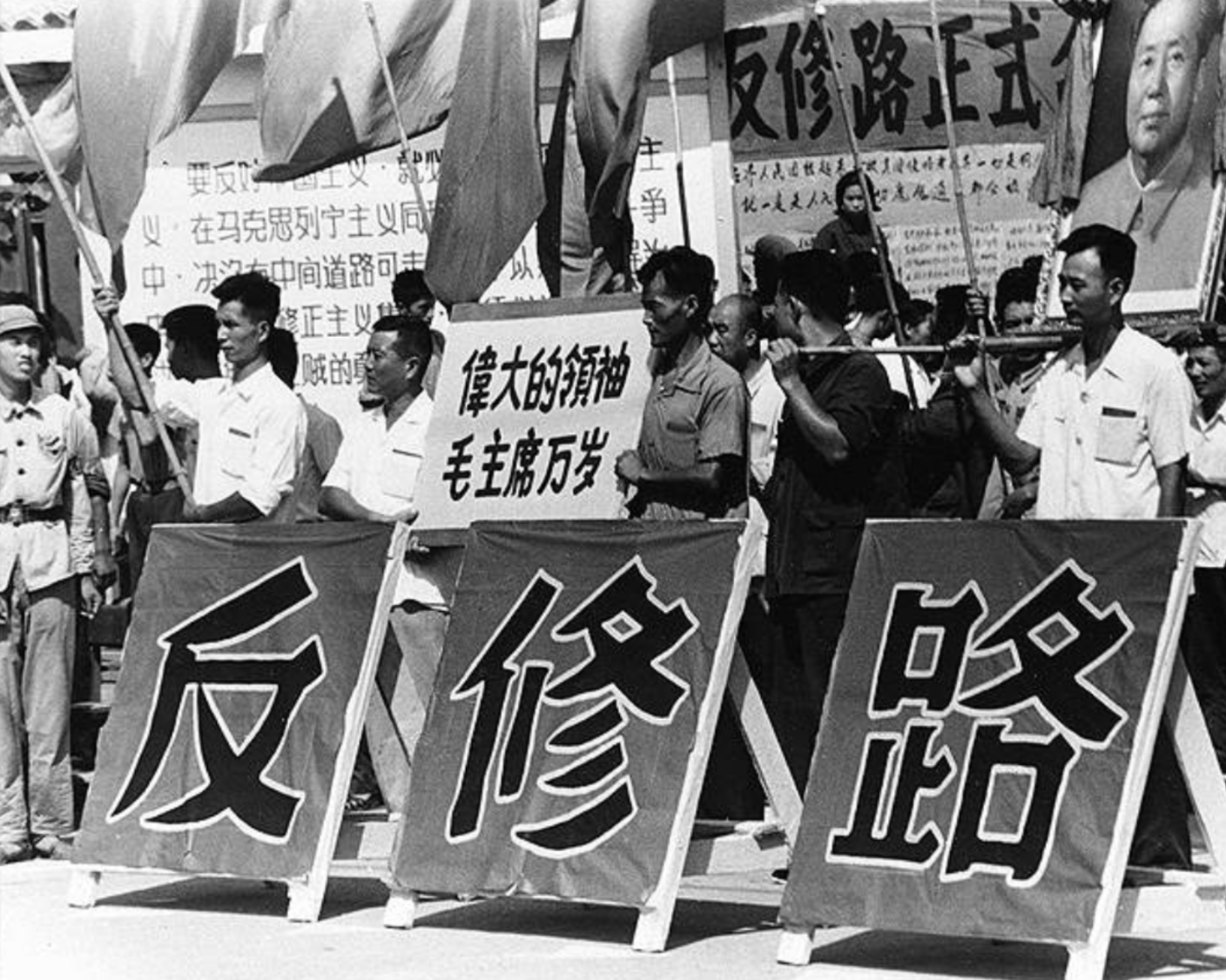 Violent repression of opponents during the Cultural Revolution. Idealized American lifestyle of the 1950s by Nina Leen