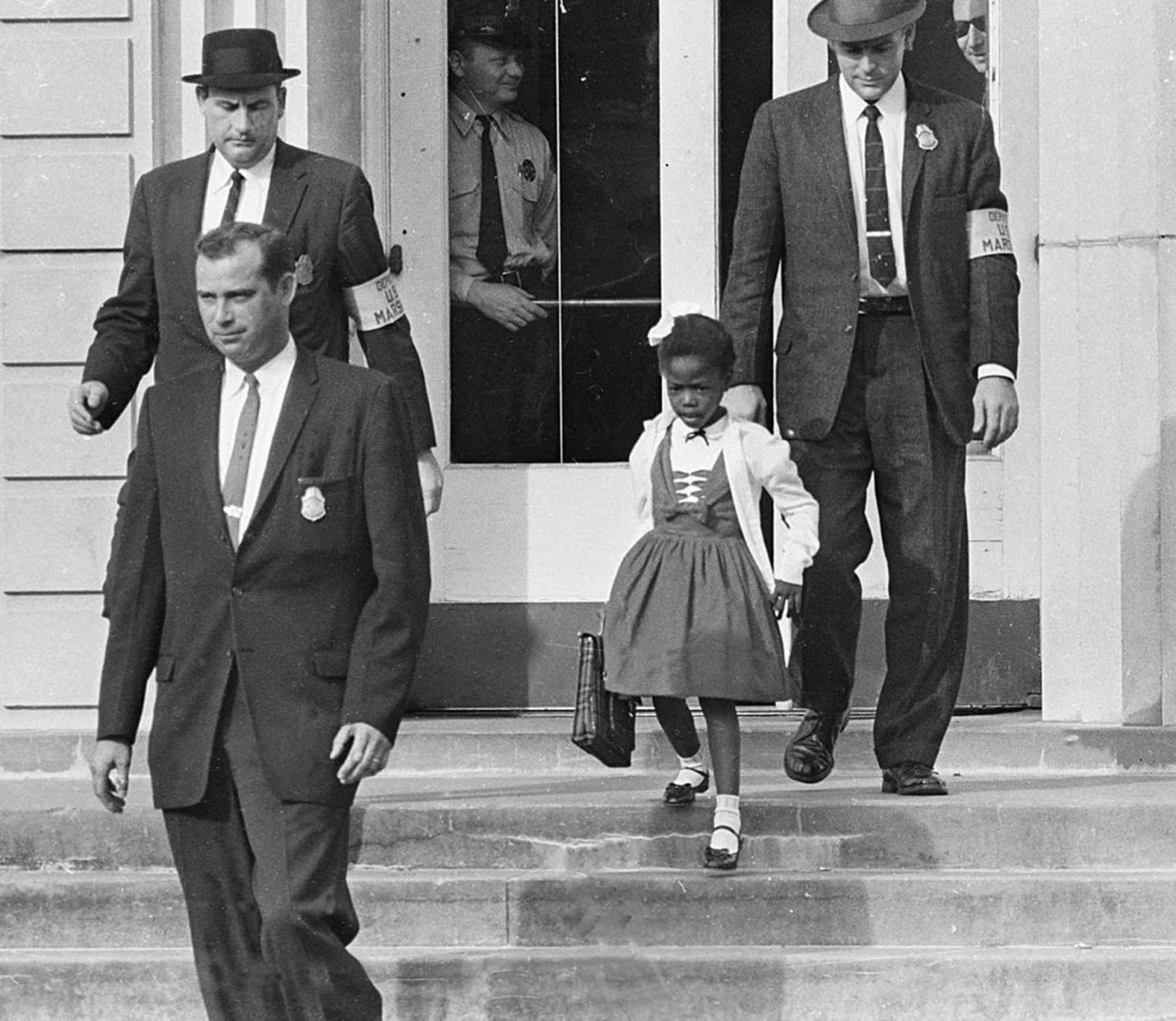 Ruby Bridge received numerous letters with threats before she dared to attend the white school. U.S. Marshals escorted Bridges to and from school

History of Civil rights in the US has different chapters, including the bloody ones like Race Riots in Chicago. Overcoming segregation in American society was gradual, and those who first violated established taboos fell victim to bullying and social pressure. The first people who faced the crowd were children of color, like Ruby Bridges, who entered a white school.

The example of Ruby Bridges inspired the next waves of the Civil Rights movement heroes, like James Meredith.

One of these pioneers was 6-years old  Ruby Bridges. She and hundreds of black children had to take special tests before being accepted to a school in New Orleans. It is rumored that the test was designed in such a way that children could not pass it and, accordingly, the integration will not happen. Little Ruby and 5 other children passed the test, but 3 moved to another city and became known as the McDonogh Three, 2 decided to stay at their old school. Ruby’s mother wanted a better education for her daughter and realized how important this event is: “take this step forward […] for all African-American children”. The family lived nearby the all-white school, but Ruby attended kindergarten at all-black segregated schools several miles away. 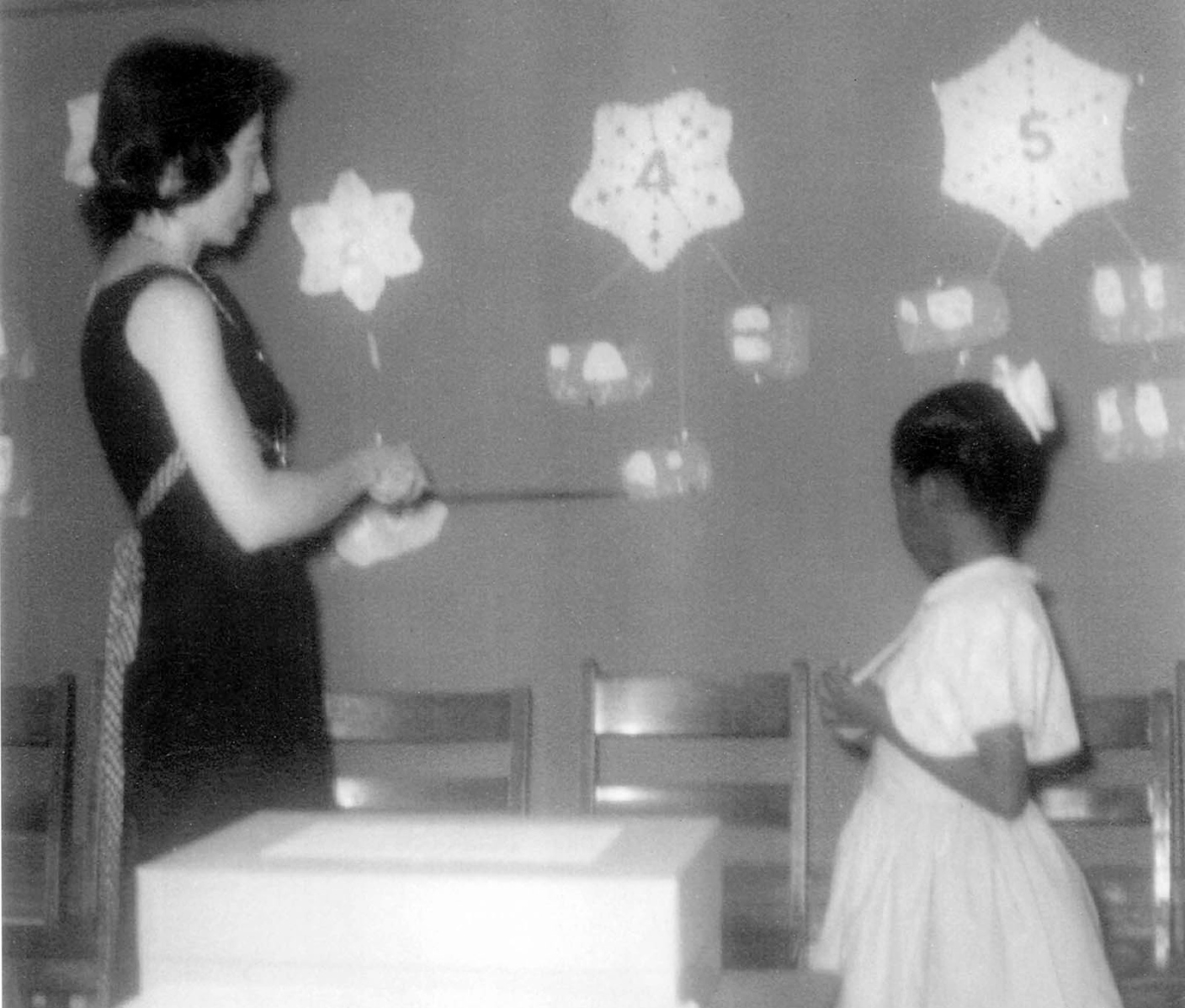 Mrs. Henry and Ruby Bridges – her only black student in the all-white school

Desegregation of the South was very hard – despite federal law, the government didn’t fulfill the prescriptions, while most people supported segregation.

To provide safety for Ruby, President Eisenhower appointed 4 federal marshals who accompanied her the whole time.

Norman Rockwell, inspired by the photos of a little girl in school dress, followed by four strong men, created his famous picture  The Problem We All Live with, published in Look magazine on 14 January 1964. 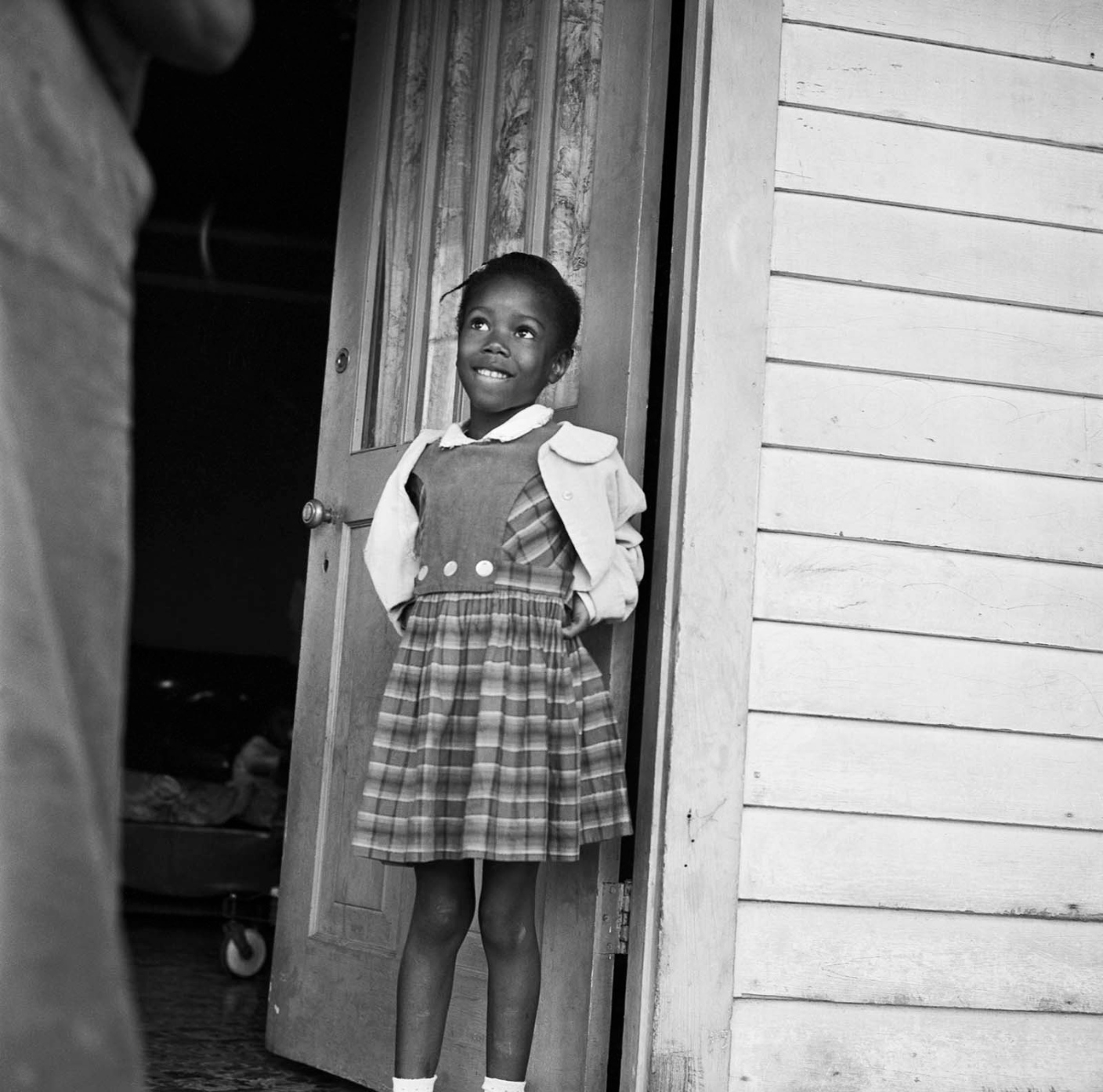 On the first day, the people were so angry, Ruby was secretly moved from the building. Except boycotting the school, a crowd of segregation supporters surrounded the school and declared vicious slurs, threats of death, one woman even brought a black doll in a small coffin and promised to poison Ruby. Teachers denied to study her, only Barbara Henry, from Boston, Massachusetts, agreed. She taught Ruby alone in the class, played with her on the breaks. Marshals escorted Ruby the whole year, and she ate only the food from home.

One of the marshals said: “She showed a lot of courage. She never cried. She didn’t whimper. She just marched along like a little soldier, and we’re all very very proud of her. “

The ice melted when one of the white parents, 34-year-old Methodist minister Lloyd Anderson Foreman, walked his 5-year-old daughter Pam through the angry mob, saying, “I simply want the privilege of taking my child to school…”. Soon the protesters went away.

But Ruby Bridges was not the only one who faced ostracism in a white school. Many stores refused to sell goods for her family, her father lost his job, her grandparents, who were sharecroppers in Mississippi, were turned off their land.

But there were a lot of people who supported Ruby and her relatives:  locals helped her father to find a new job, protected her house, and walked with her to school.

After graduation, Ruby worked as a travel agent, after marriage she became a full-time p[arent for 4 sons. In 1999 she founded the Ruby Bridges Foundation, aimed to struggle with racism.

She inspired several singers, her life was used as the basis for TV-series.

Also, she published 2 books, one of them brought her the Carter G. Woodson Book Award.

Ruby was awarded the Presidential Citizens Medal by President Bill Clinton as an activist for civil rights. |Interesting fact – she was born the same year that the Supreme Court’s Brown v. Board of Education decision desegregated the schools. 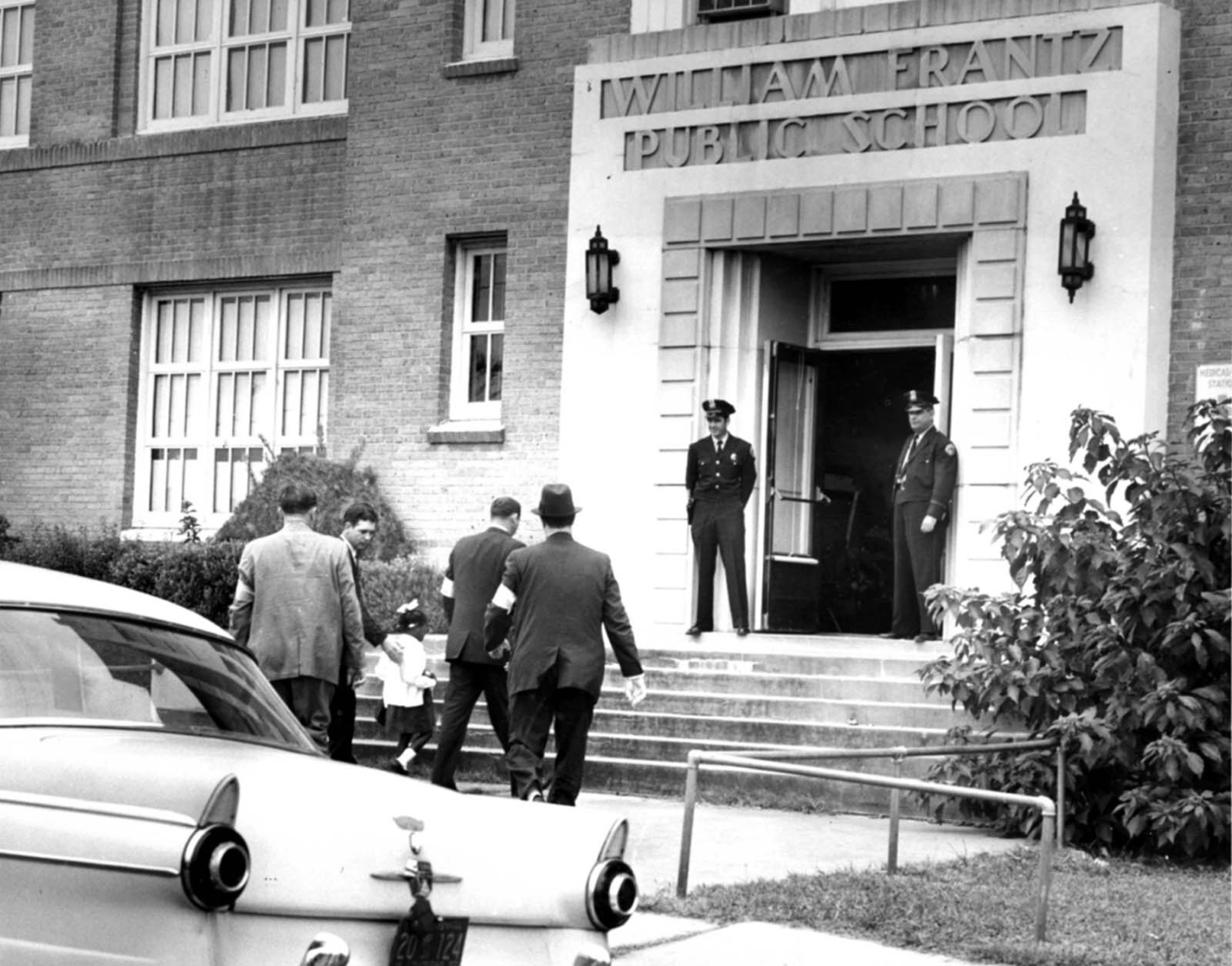 Deputy U.S. Marshals had to escort young Ruby Bridges as they feared possible provocations from the white protesters. In this photo Ruby is entering William Frantz school in New Orleans, La. on Dec. 5, 1960, to begin her third week as the only black student in the school.

Ruby’s father was originally hesitant, but her mother insisted on this historical bold move. Better education for her daughter was a huge step ahead for all African-American children. 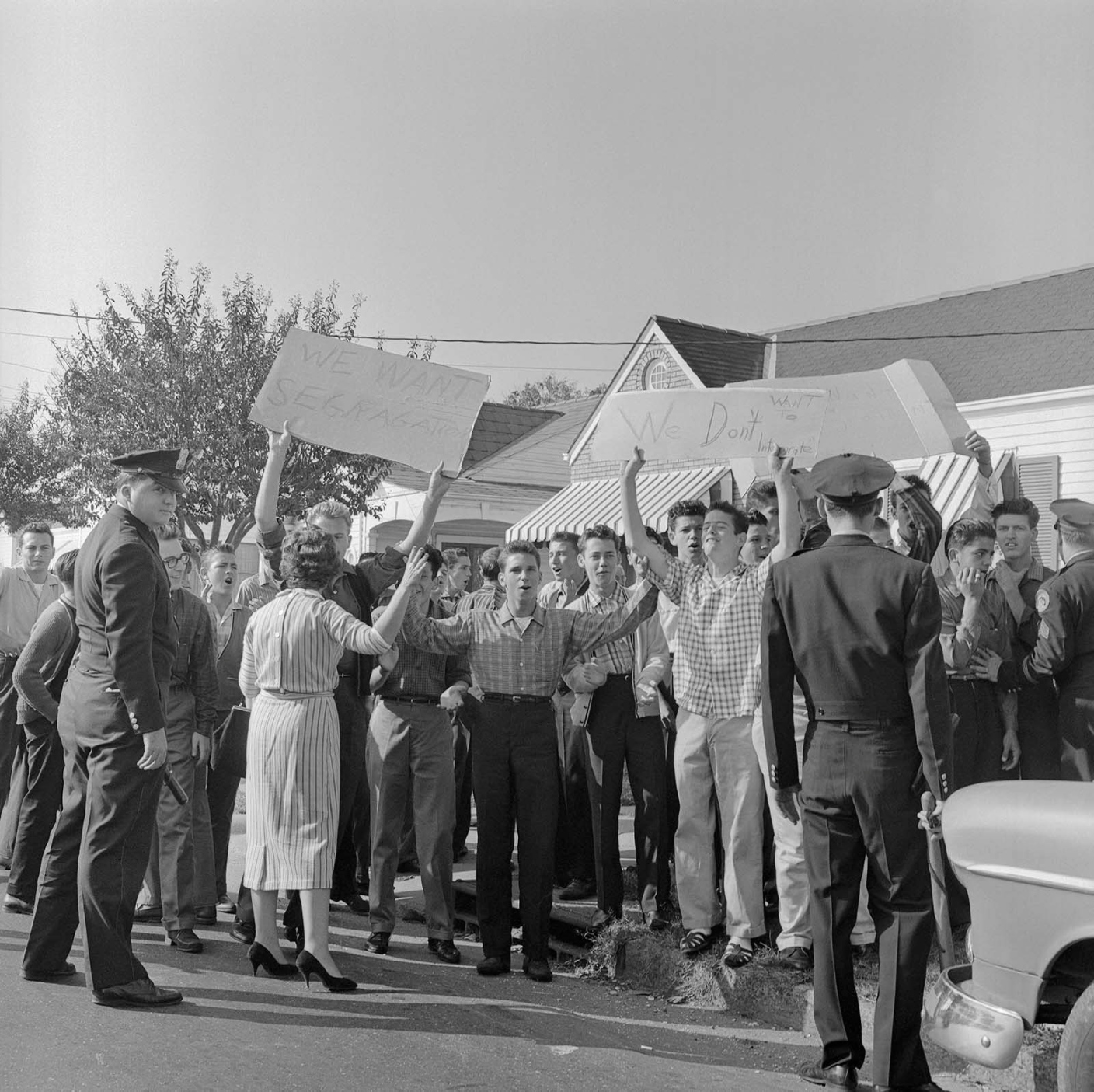 White women at William Franz Elementary School taunts at police officers during a protest against desegregation of the school. Some carry signs stating “All I Want For Christmas is a Clean White School” and “Save Segregation Vote, States Rights Pledged Electors”. 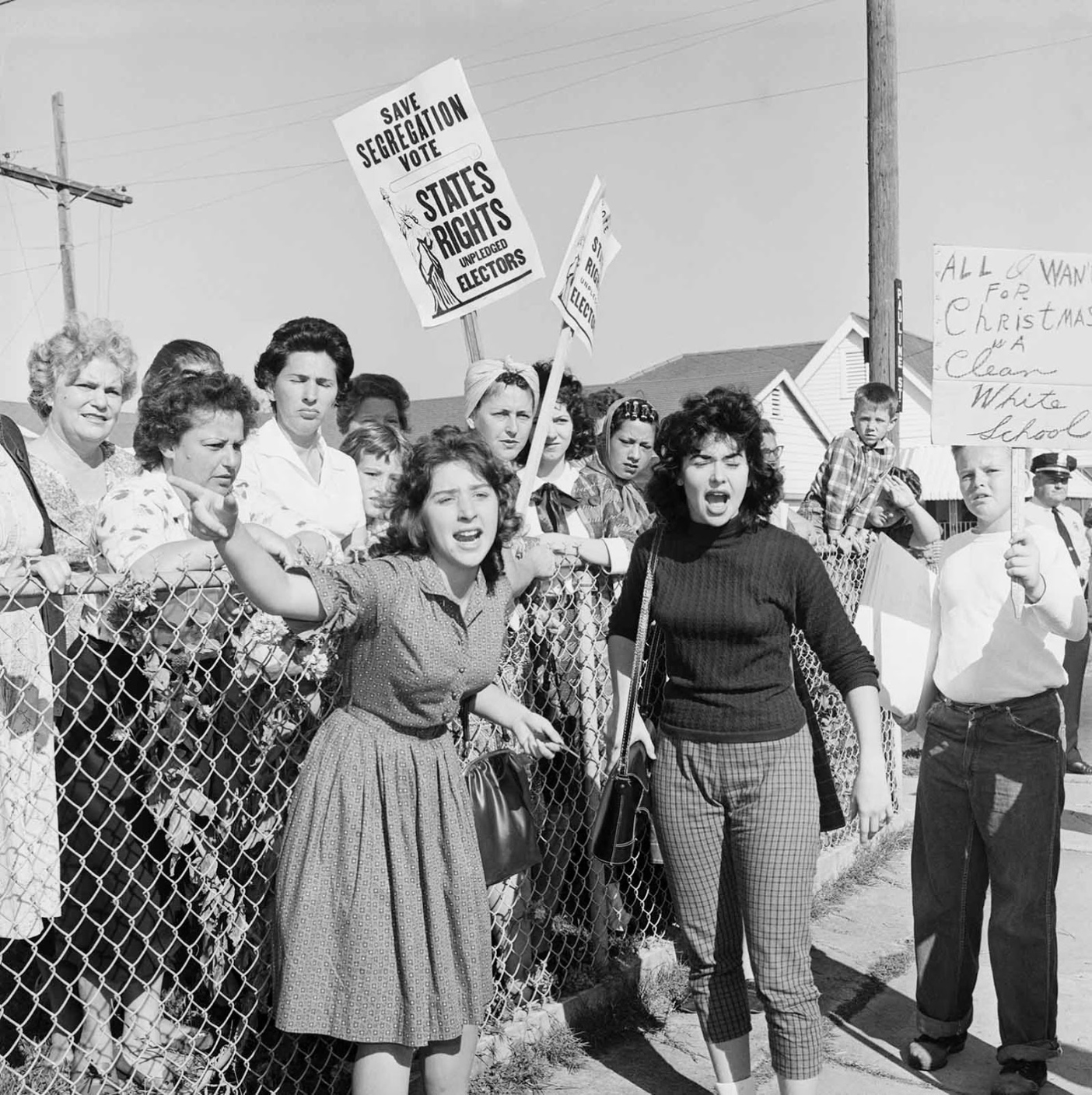 Original caption: Police keep an eye on demonstrators across the street from William Frantz Elementary School as a Negro girl entered the first grade there November 14.

The photo of the shot James Meredith, 1967 - Old Pictures

[…] Afro-American who dared to set his foot into this Univesity. He was kind of following the way of Ruby Bridges, who attended the white school in Southern state during this […]