The Dangerous Summer of Ernest Hemingway in pictures (Spain, 1958) 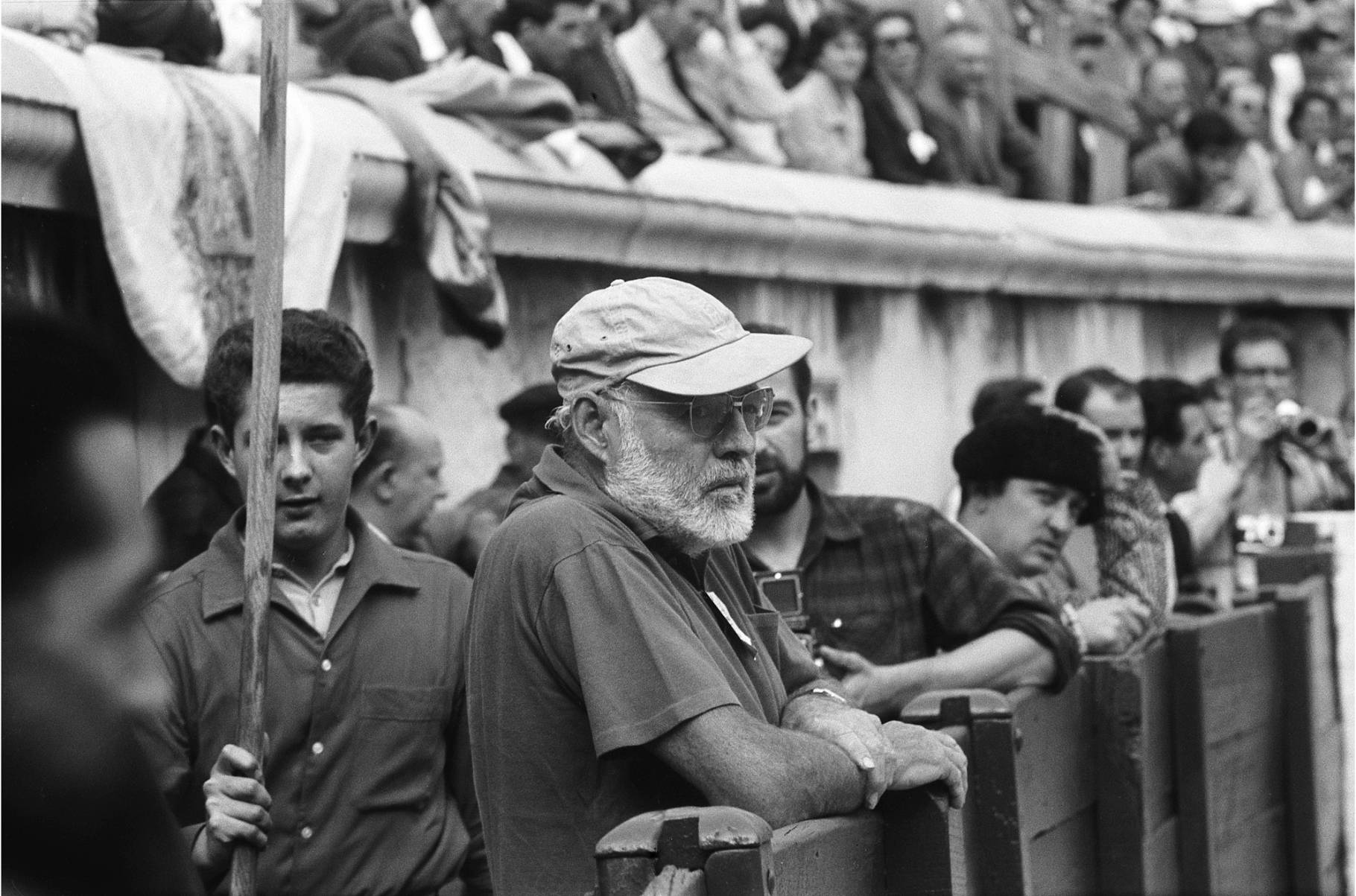 In 1958 Ernest Hemingway agreed to accomplish a short series of stories about two legendary matadors: Luis Miguel Dominguin and Antonio Ordonez. Jean-Claude Sauer was a lucky photographer who traveled with Hemingway to Spain, attended all corrida fights with him, and took amazing pictures of the Dangerous Summer of 1958.

This was the second trip of Ernest Hemingway to Europe after his travel to Italy in 1948.

Everyone knows that Hemingway was a famous cat-lover and avid hunter, and it seems like he had some feelings for bulls too. The writer watched numerous fights featuring Dominguin and Ordonez, collecting the invaluable writer’s material to depict the intensity of their rivalry.

Jean-Claude Sauer was a photo reporter in a Paris based Match publication. He received his fortunate appointment for pictures of Hemingway in work due to the Match’s editor-in-chief friendship with genius writer. He sent a piece of his novel to Life magazine every two weeks. Jean-Claude Sauer took his historical pictures of Hemingway in Spain meanwhile. 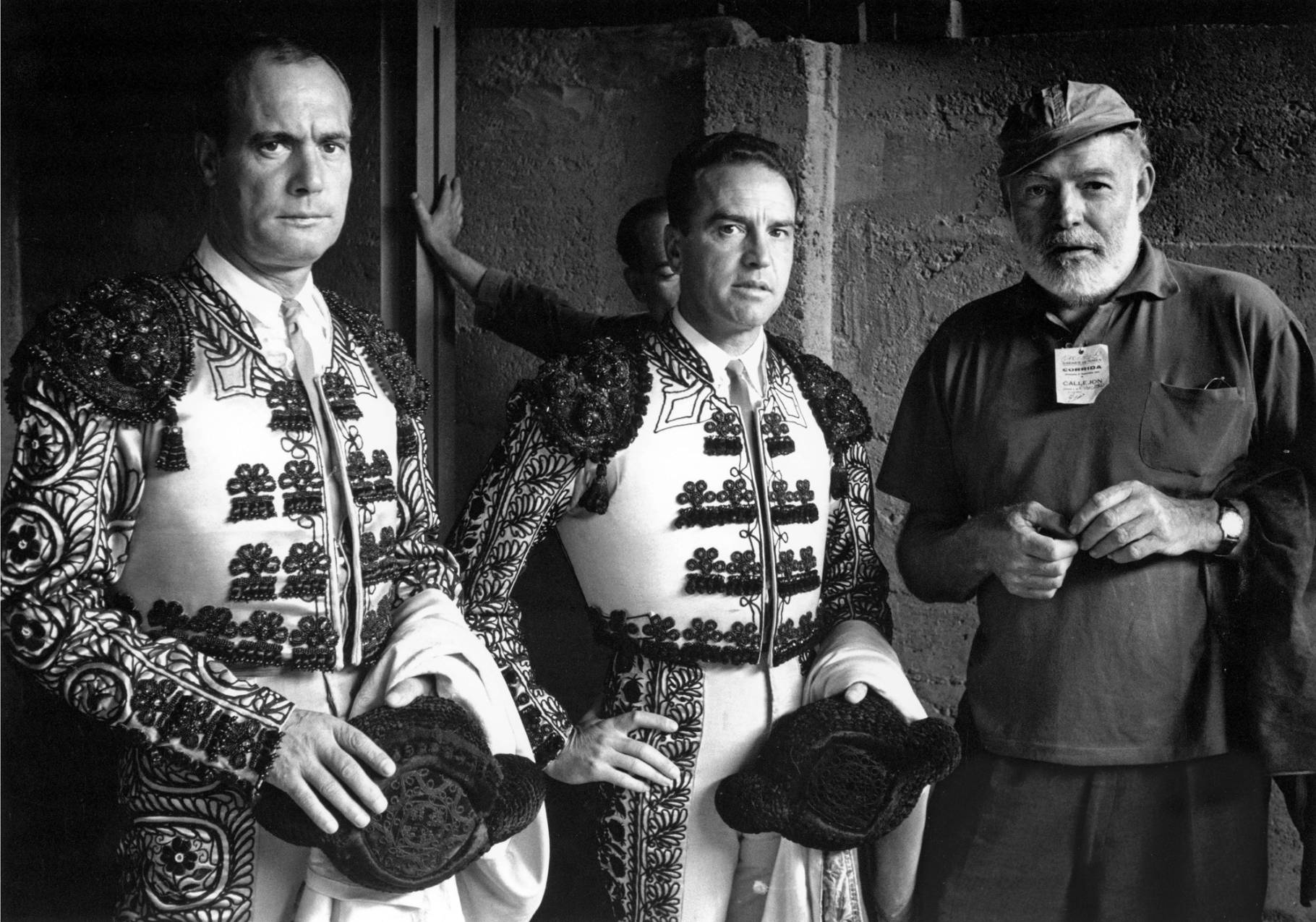 Hemingway admired the cruel, bloody, dangerous art of bullfight since his first visit to Spain in the 1920s. The new trip to Spain was a very strange experience for the writer. He lived and loved it again, flashbacking to the Civil War time when he threw himself in the whirlpool of ‘history dramas and bullfighting.’

The new bullfighting season begins and with it a new round of confrontation between two toreros: the “rising star” of the bullfight of the young and fearless Antonio and of the experienced and unbeaten Louis Miguel’s failures.

The book gives us a chance to deepen our knowledge about corrida. And these pictures of bullfight adds an invaluable bit of experience that Hemingway wrote about. Every chapter, every line in the book was happening in the arena for real. Hemingway didn’t need to imagine anything. The author tells us about raising and training bulls, about the tricks that dishonest matadors resort to, about the protocol for bullfighting, about the award of trophies, about the working styles and methods of the torero … And he does it in so bright and unusual way that you feel your own presence in the arena. In addition, the writer presents us bullfighting as an art, comparing the matadors with writers and artists, that turn the death into art. And these picture sets are a great adding to Hemingway’s words. 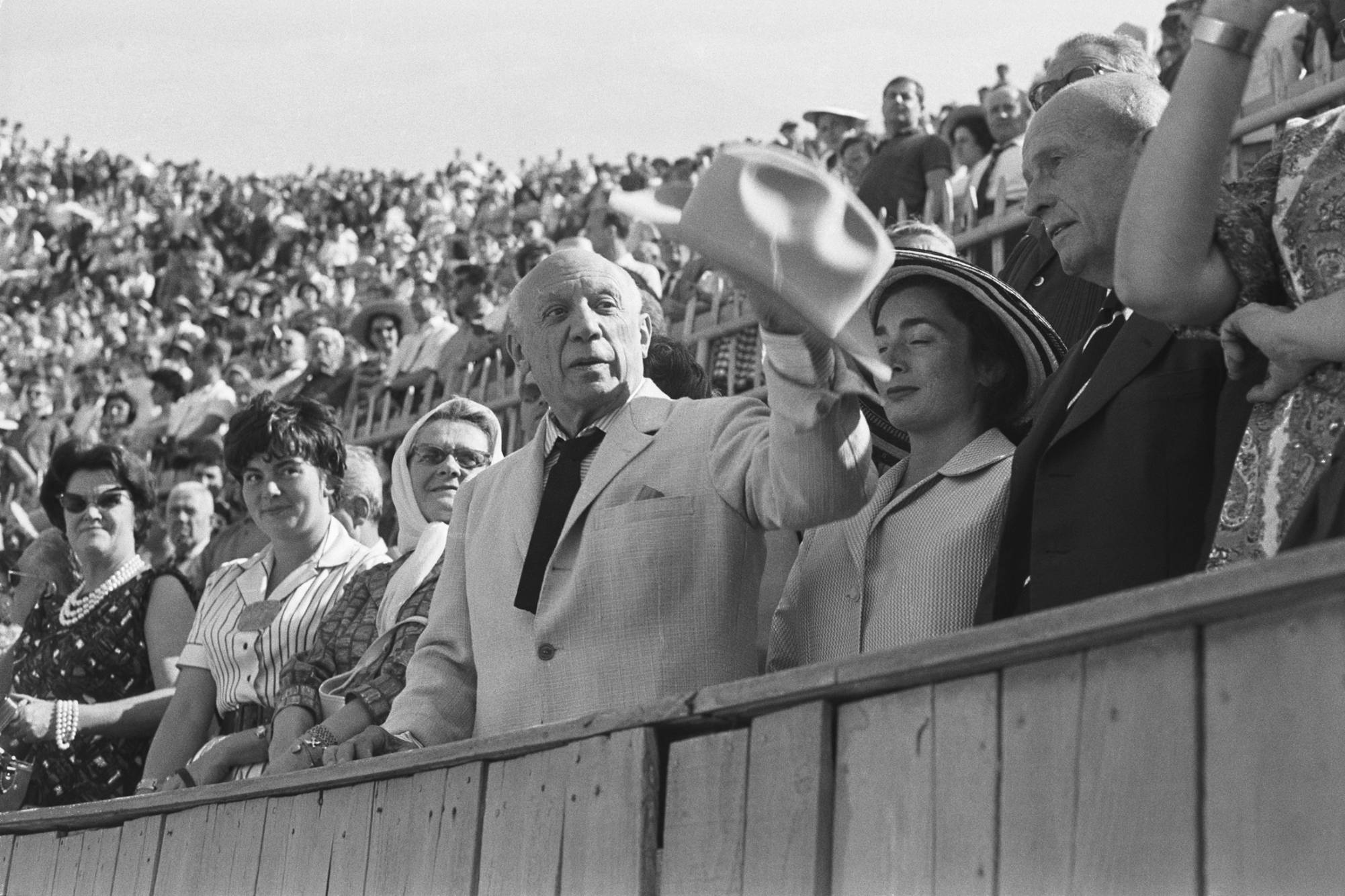 Picasso attended some of the corrida fights with Hemingway 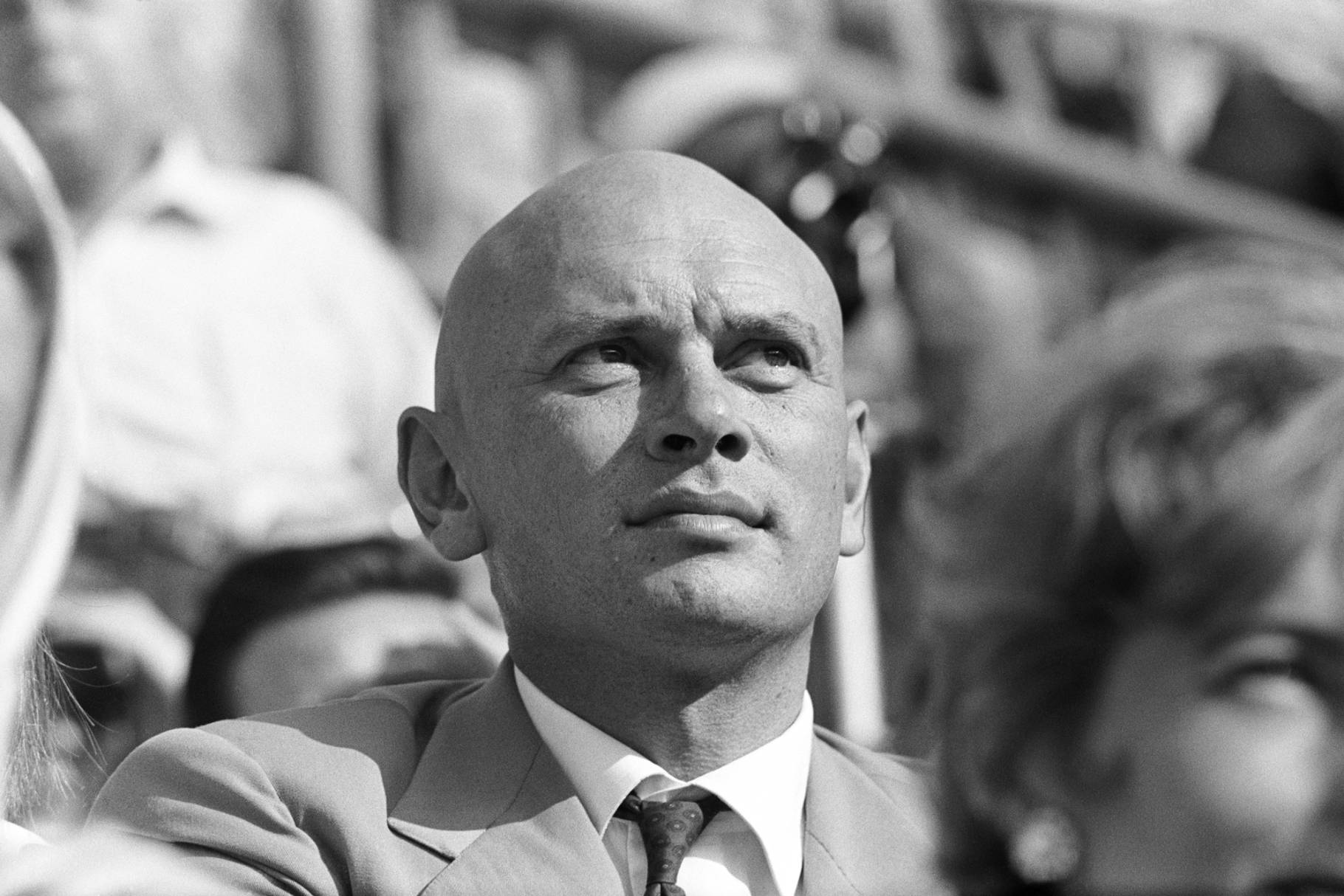 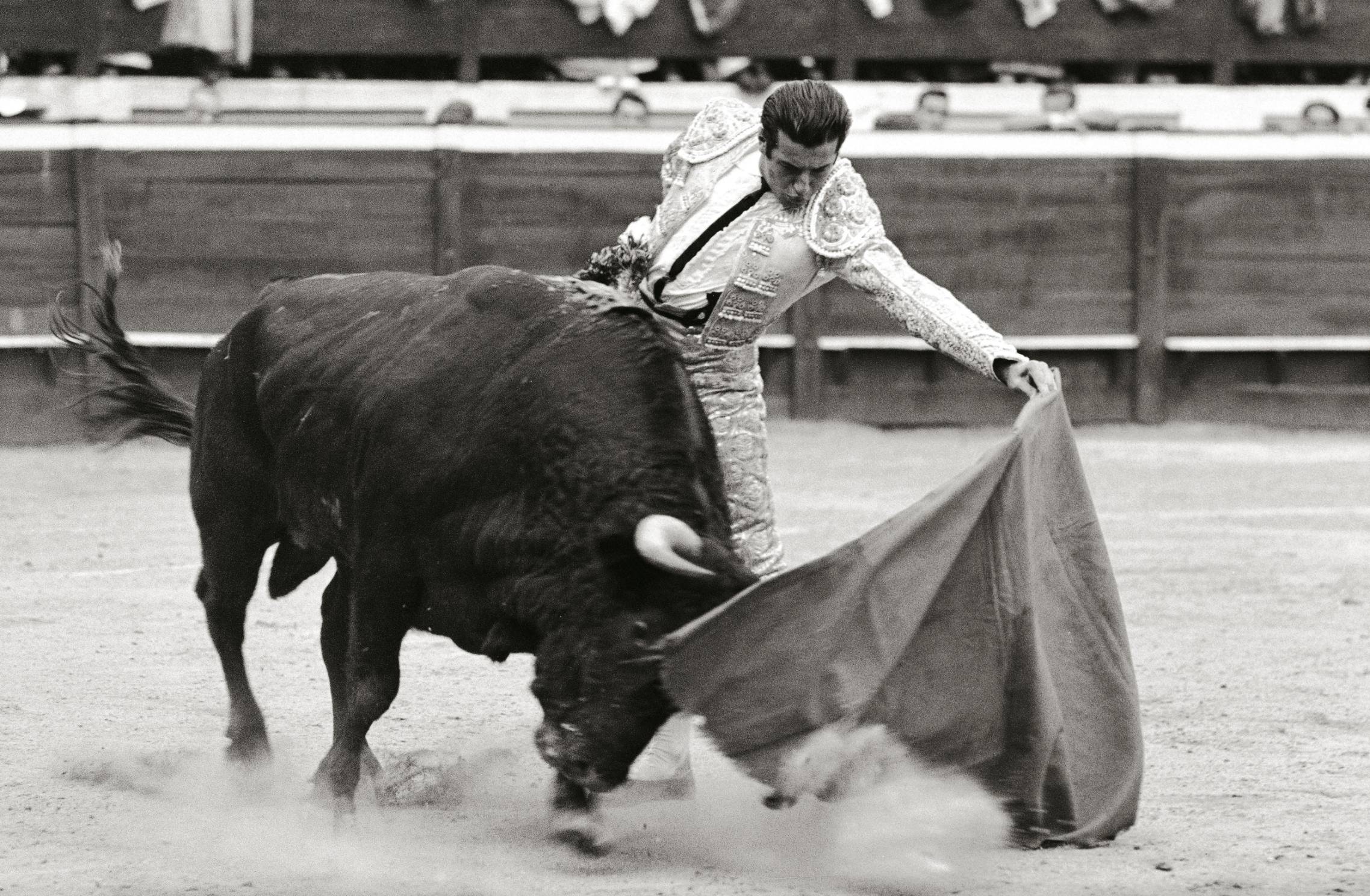 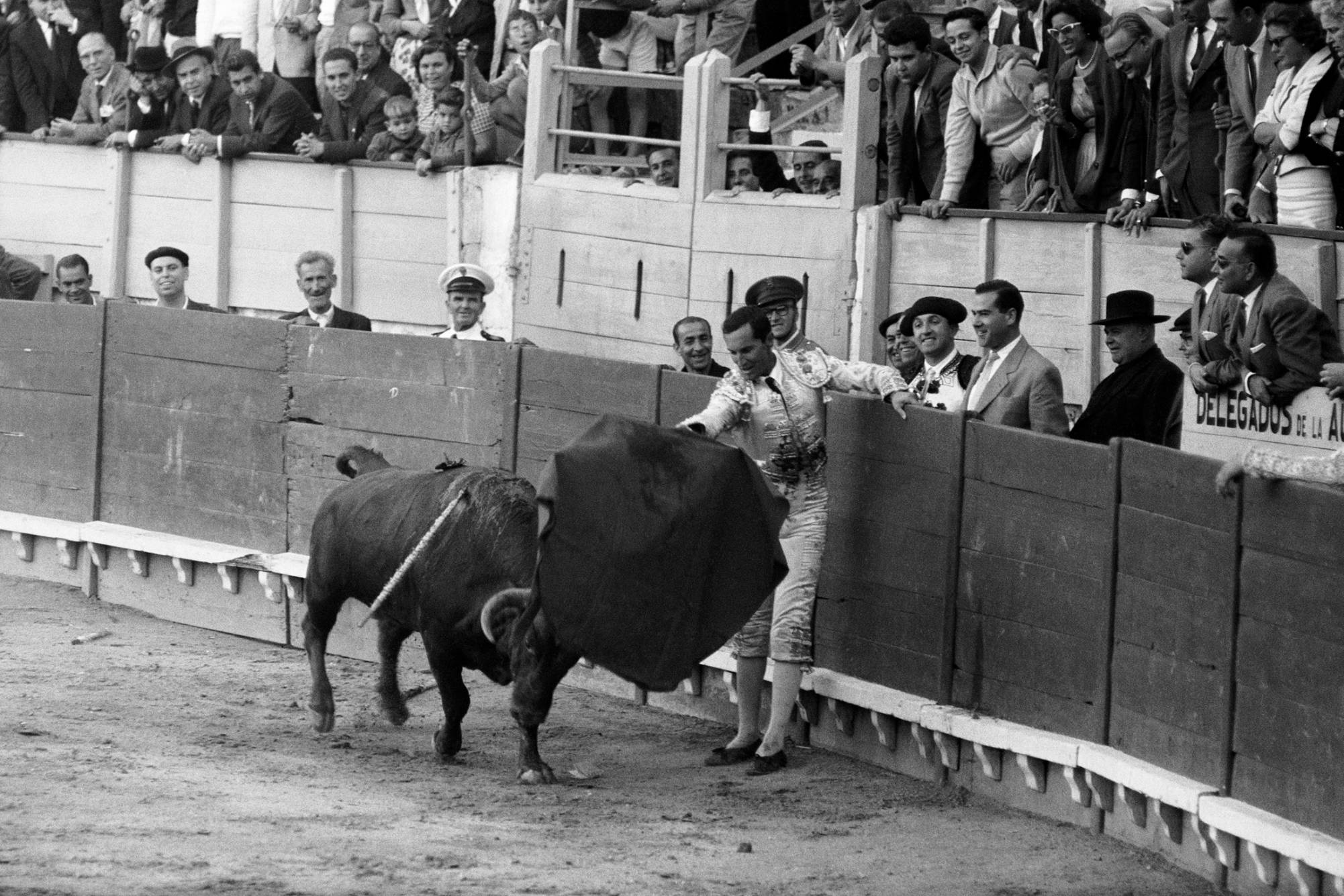 The bull is bleeding but still attacking Dominguin knocked down, but still fighting 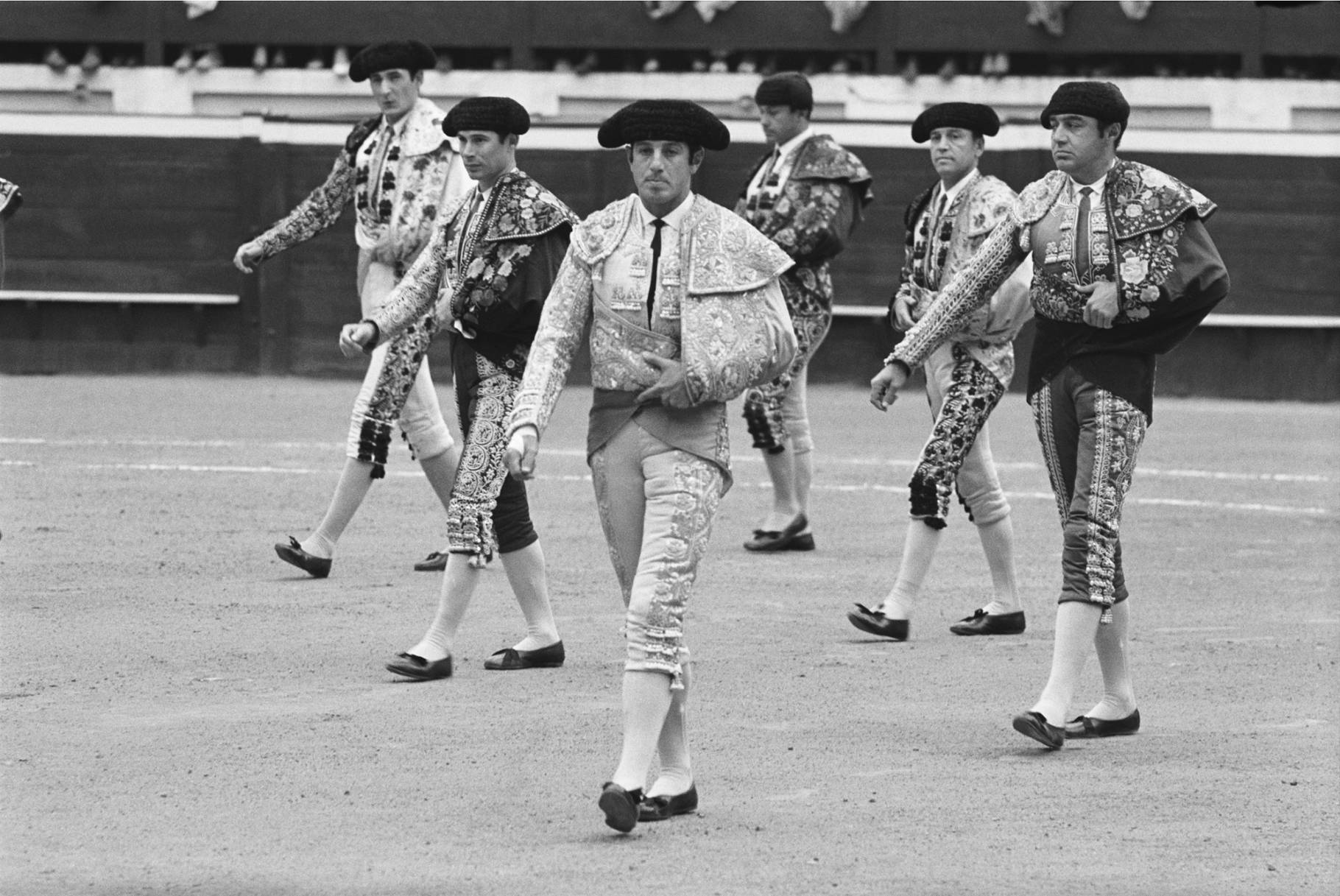 Glorious Ordonez is entering the pitch 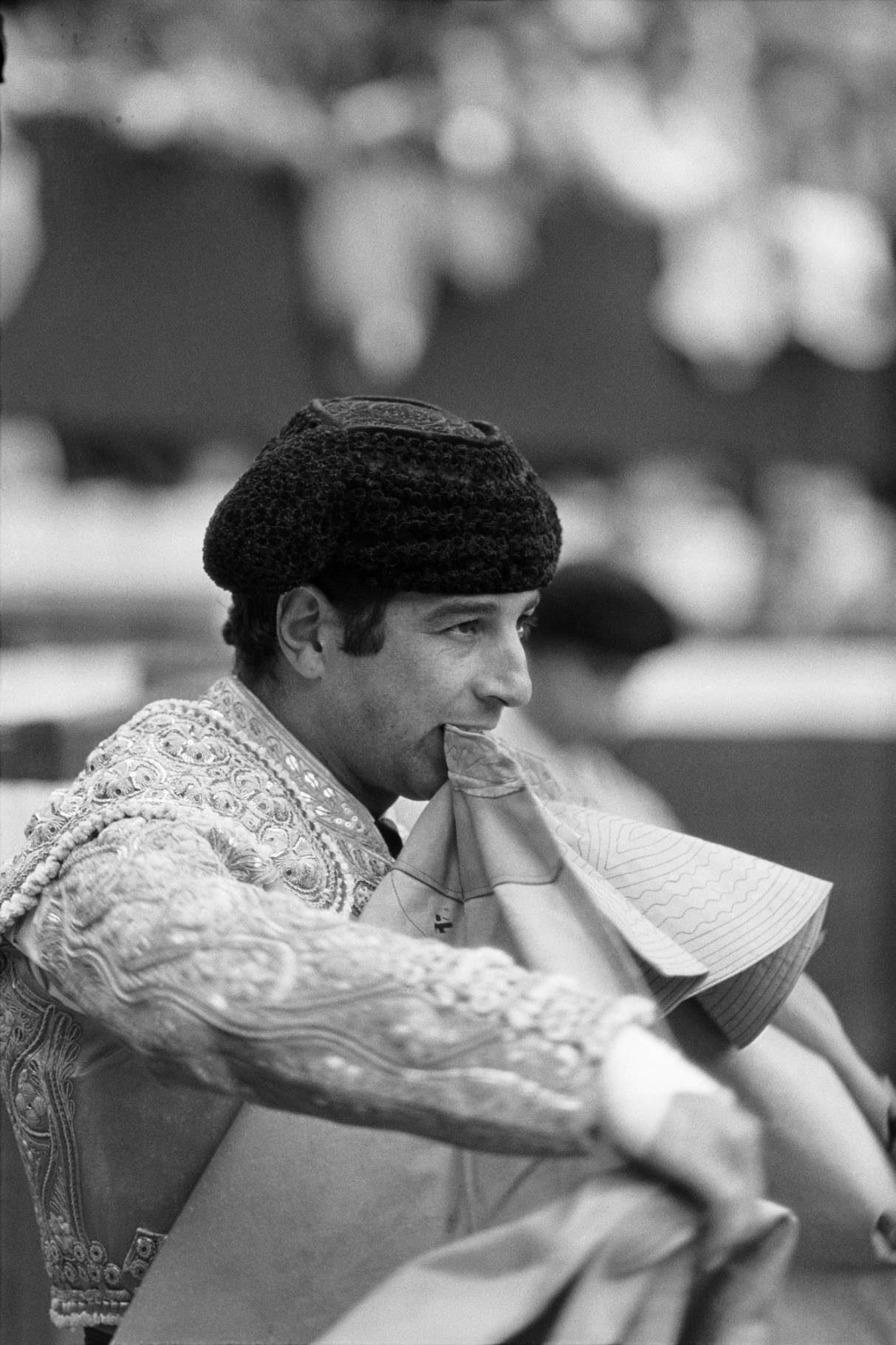 Ordonez watching his opponent fight with a bull 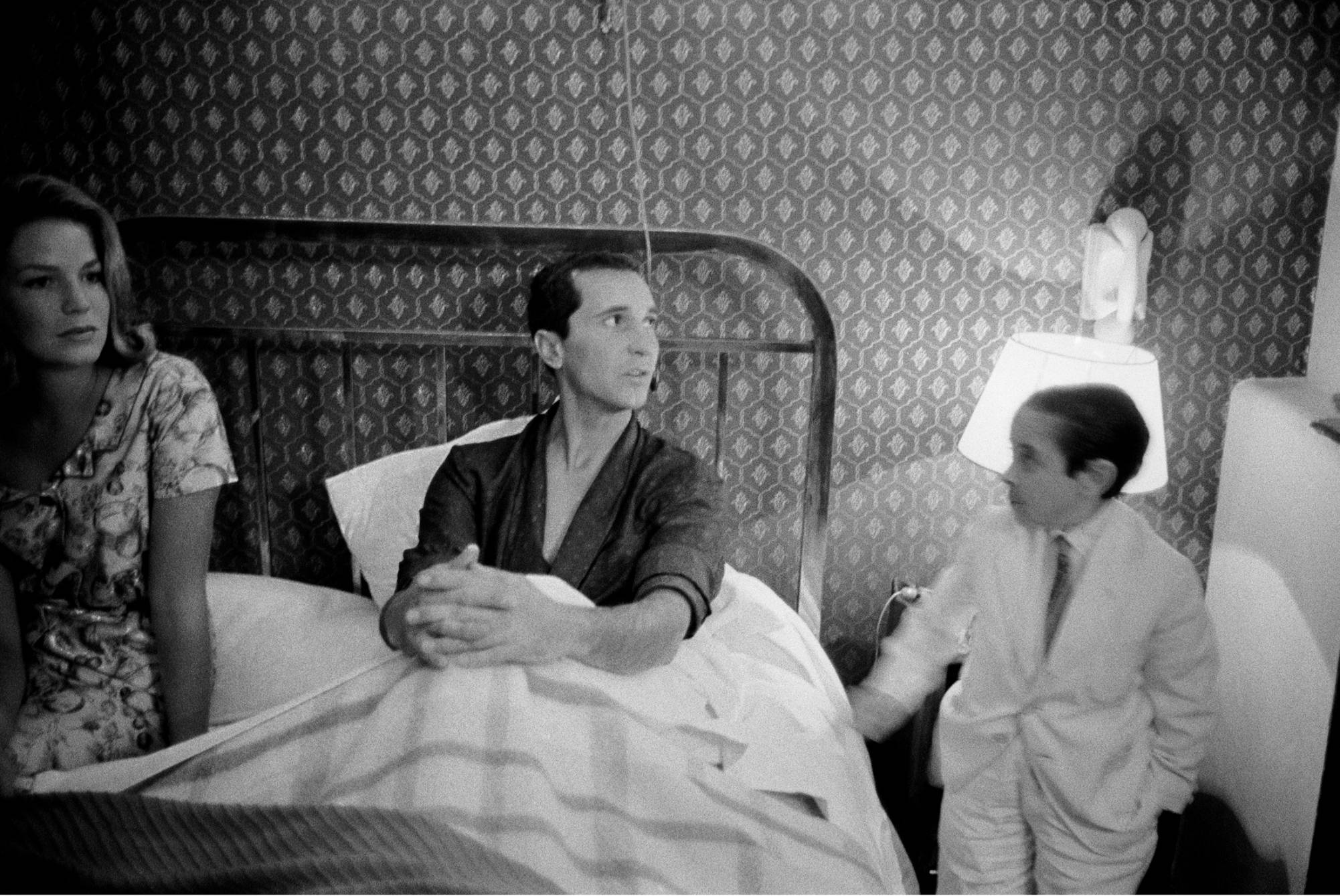 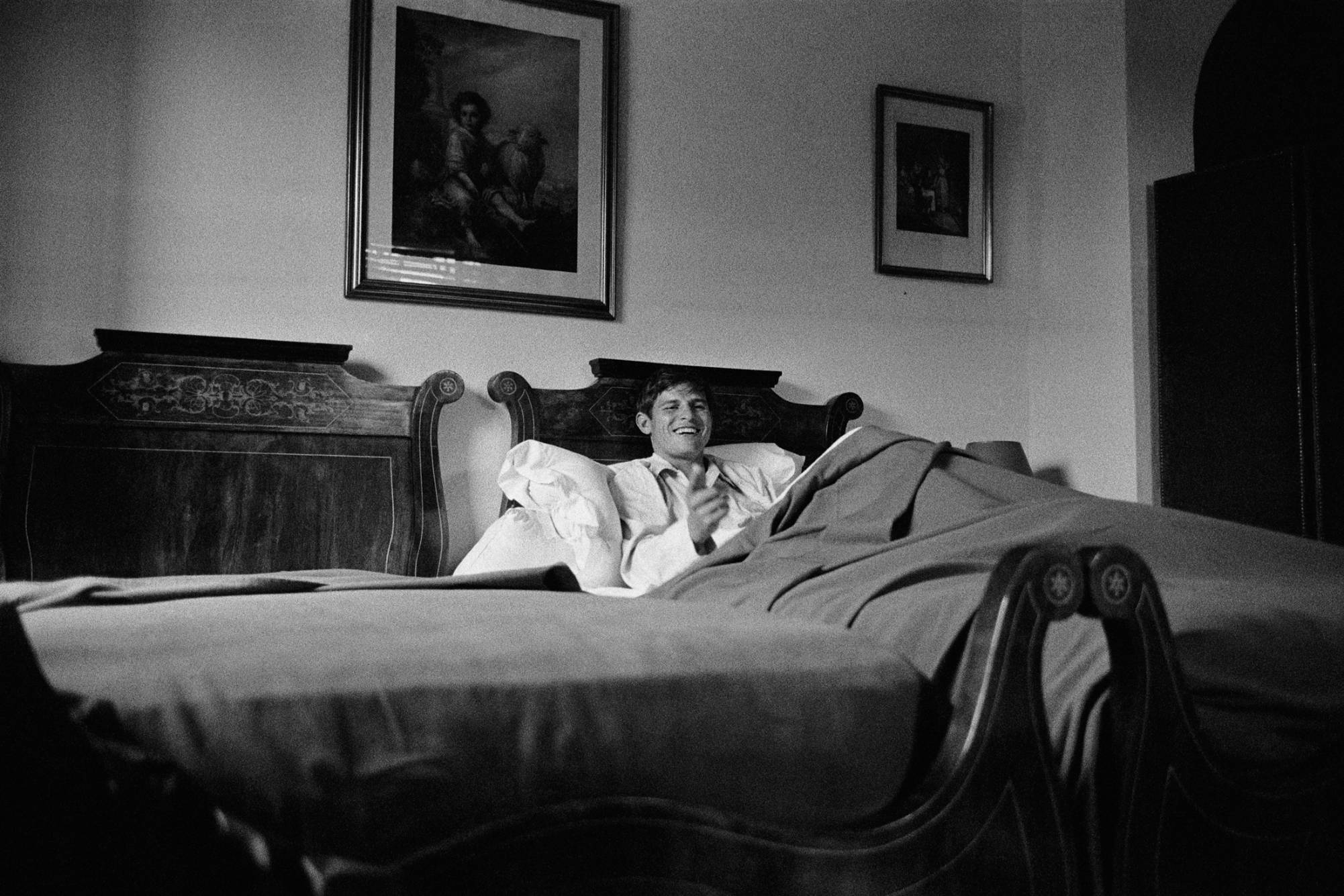 By Andrew Piper
2 Mins read
Everybody remembers Winston Churchill as an iron prime-minister from the picture of Yusuf Karsh. This photo is undoubtfully the best-known Prime minister’s…
Stories

By Andrew Piper
3 Mins read
THE LAST YEARS of Ernest Hemingway and his tragic death have left many questions and secrets. Even today, it is not completely…
Subscribe
2 Comments
Oldest
Newest Most Voted
Inline Feedbacks
View all comments

[…] Hemingway continued hunting adventures till the last years of his life, including his trip to Spain in 1958. […]

[…] better why Hemingway even mentioned cats in his final will. Hemingway’s relationships with other animal types, like bulls, were a bit more […]