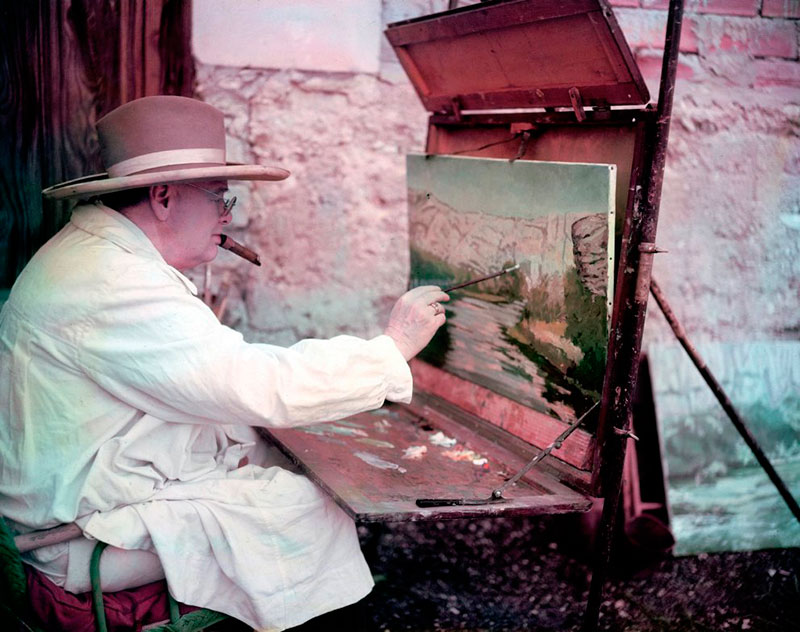 Winston Churchill was a modest artist. He called his paintings daub.

Everybody remembers Winston Churchill as an iron prime-minister from the picture of Yusuf Karsh. This photo is undoubtfully the best-known Prime minister’s image. We also remember him holding a Tommy gun and inspiring British soldiers to defend their homeland.

But we have some relaxed photos of Winston Churchill too. Oldpics selected several noteworthy images showing an unexpected talent of the legendary politician: the painting. Yes, Sir Winston Churchill was an artist too!

Editors asked their photographers to make a portrait of a retired politician at home. In those pictures, the Winston Churchill looked completely different: a sedate landowner, an enthusiastic artist, an animal lover.

Churchill took up a hobby of painting in 1915, at the age of 41. He was a passionate artist until the end of his life. “If I didn’t paint, I would not be able to live. I could not bear the stress, ”he said. During his life, he created more than 500 paintings.

“When I get to heaven, I intend to spend a substantial portion of the first million years drawing, and so get to the bottom of things.” 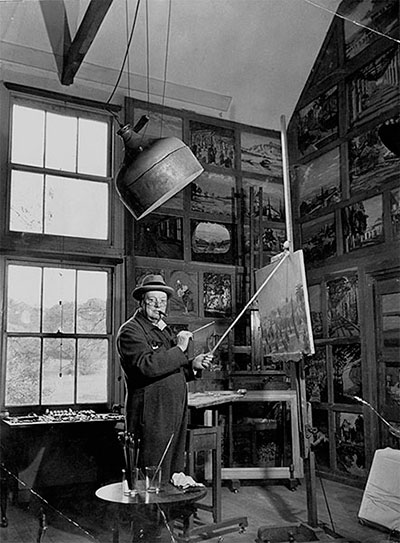 In his studio in Kent 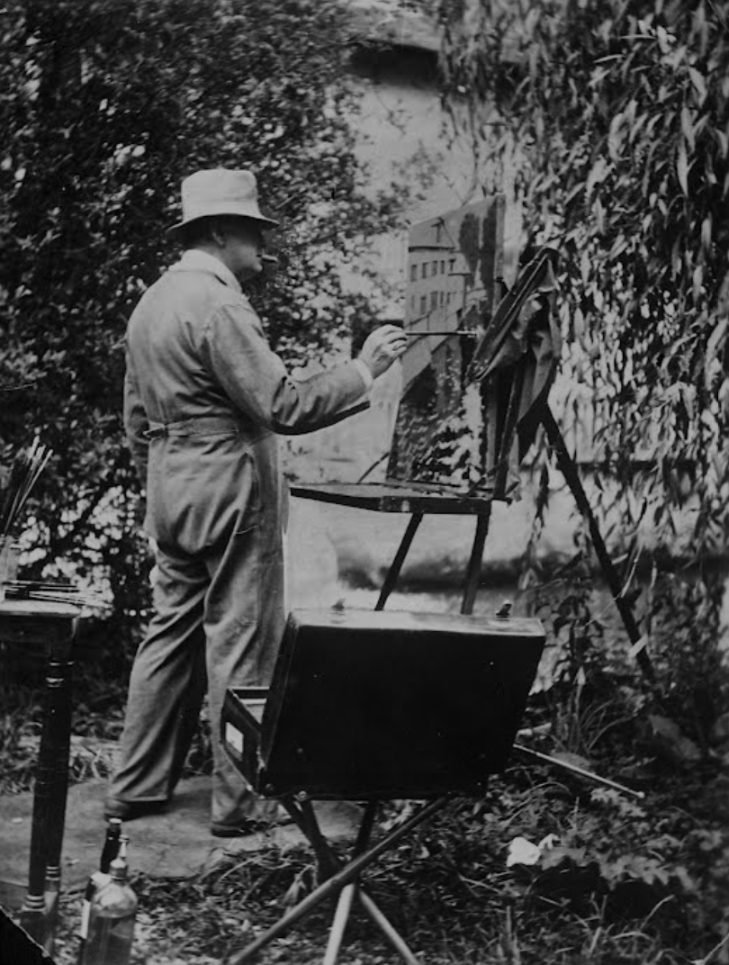 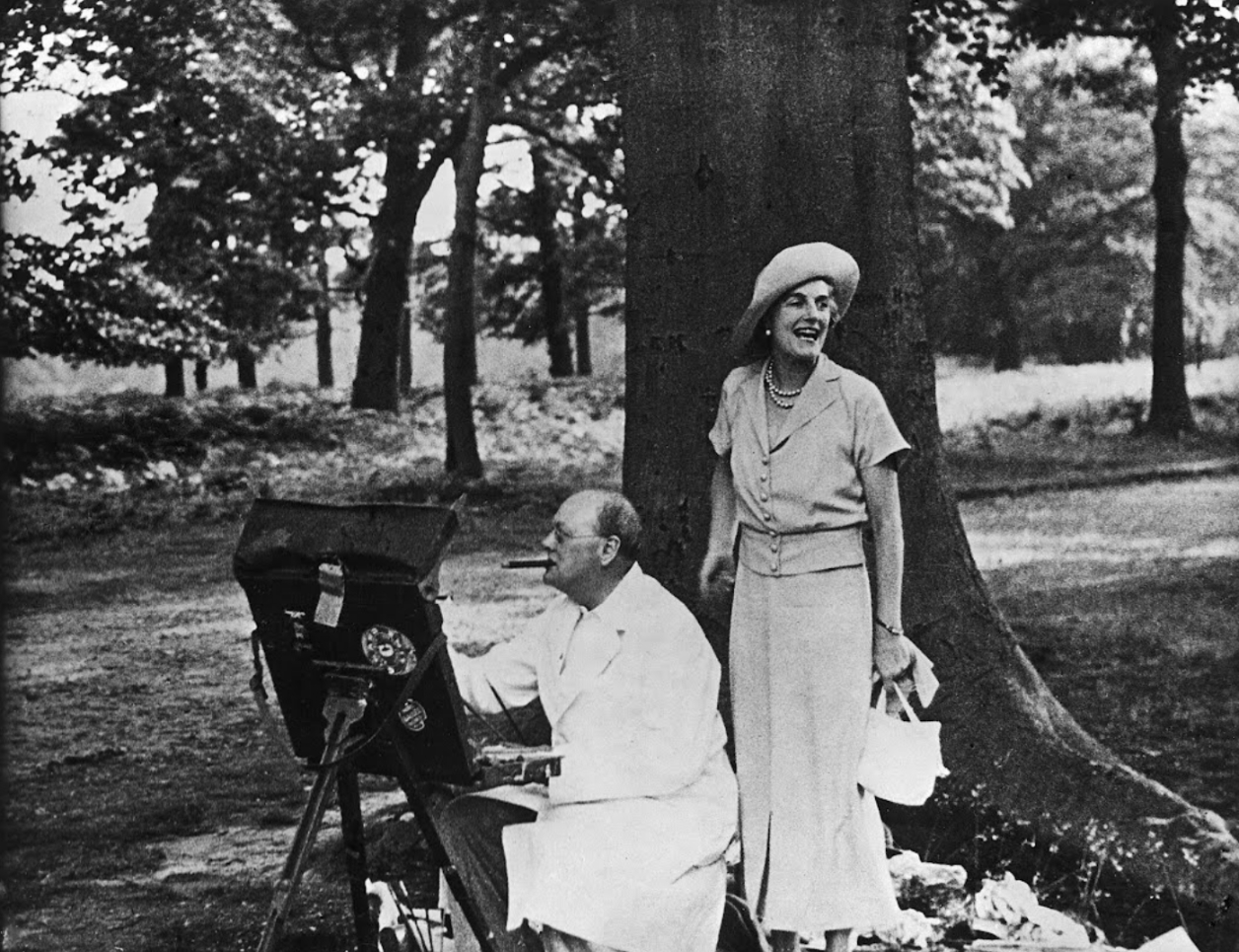 Churchill’s wife supported her husband’s painting hobby. However, Winston Churchill didn’t make any of her portraits. 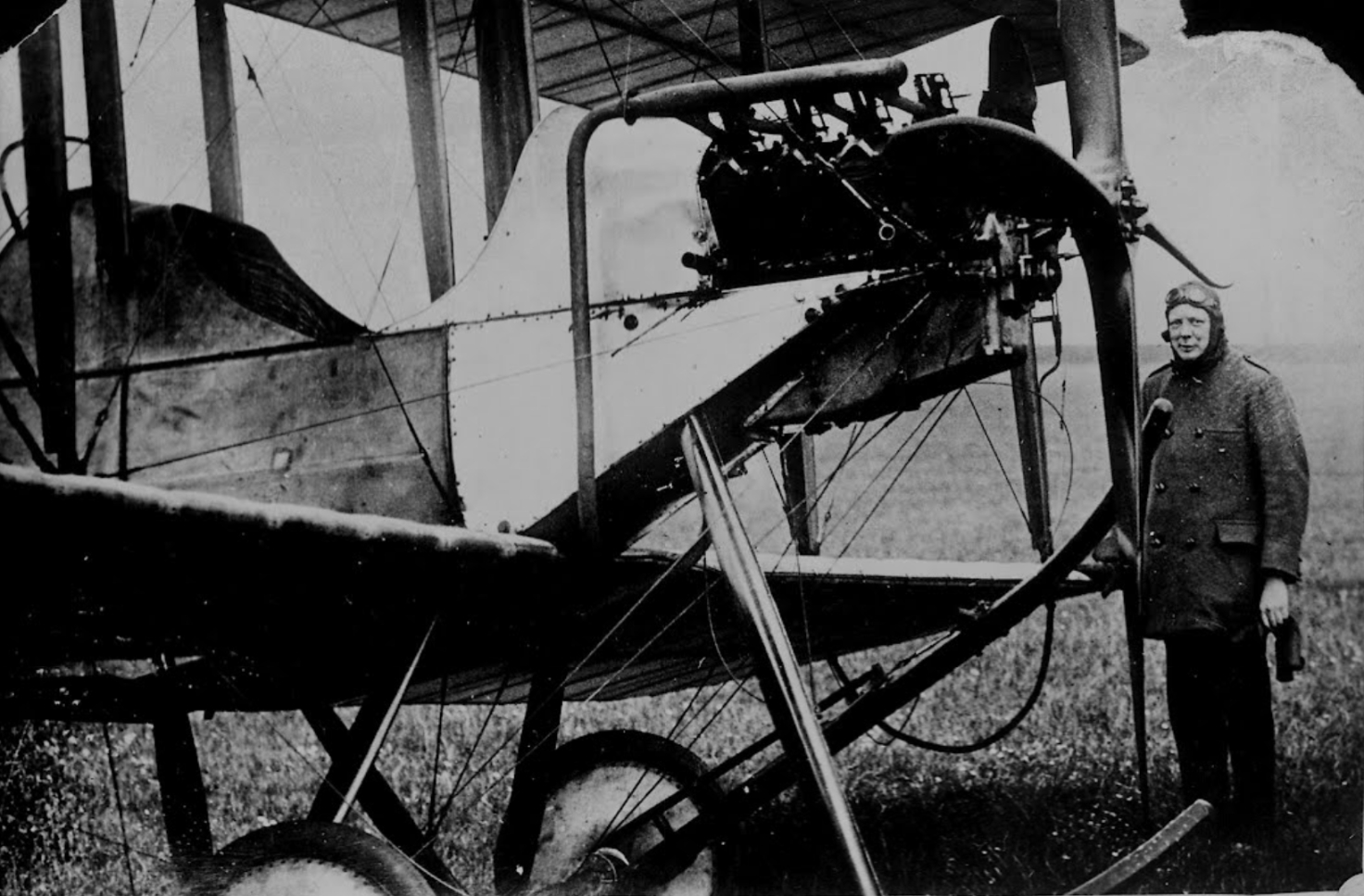 Winston Churchill knew how to spend his time in style, 1939 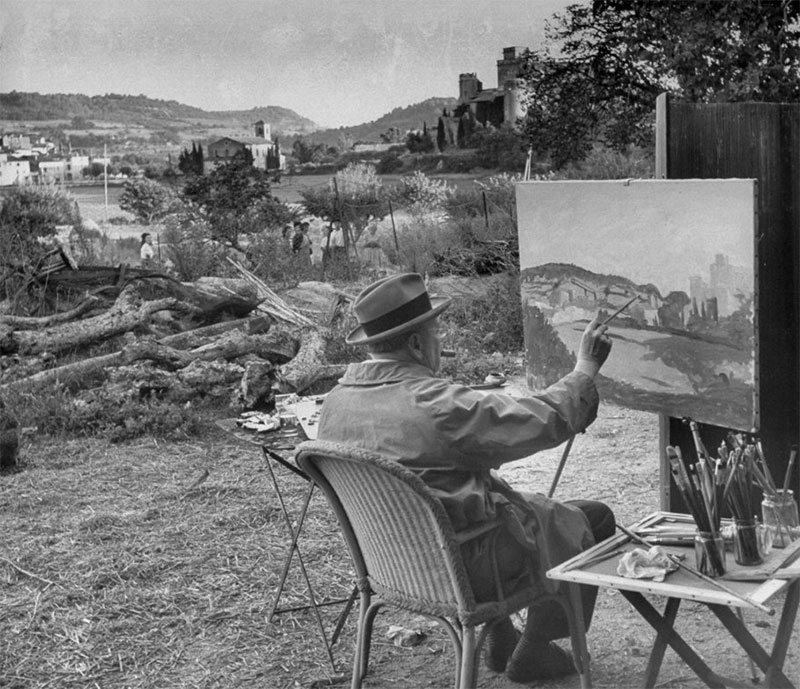 While painting in France, 1949 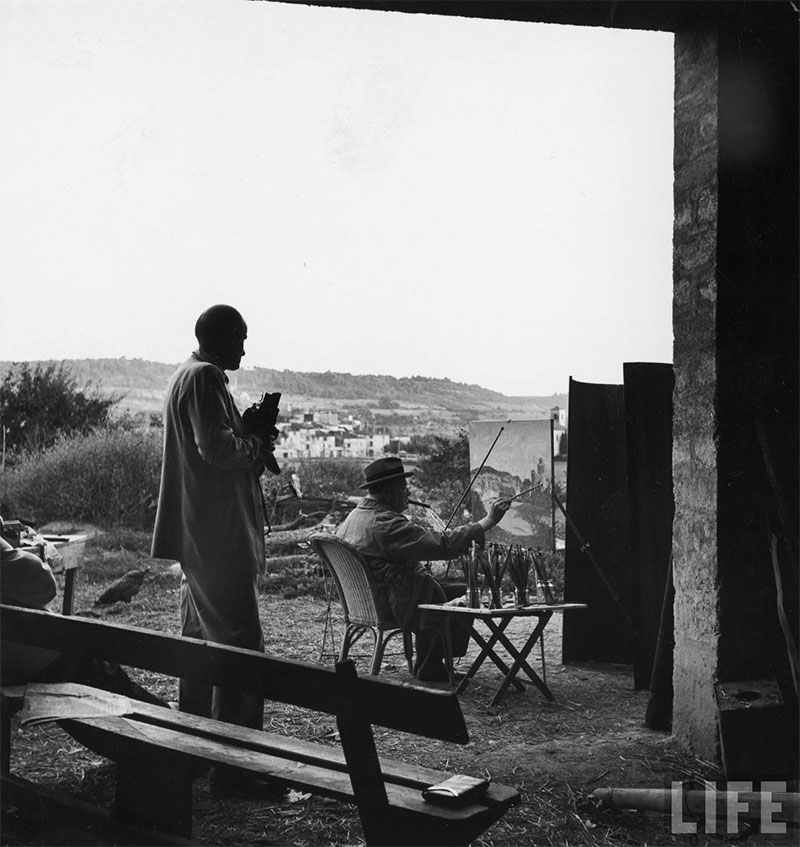 Winston Churchill and his poodle Rufus. 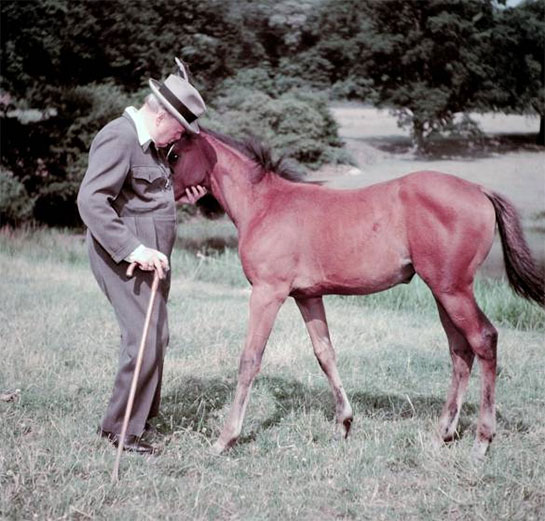 Winston Churchill and his thoroughbred four-month-old mare, whom he called Darling Chartwell, 1950. 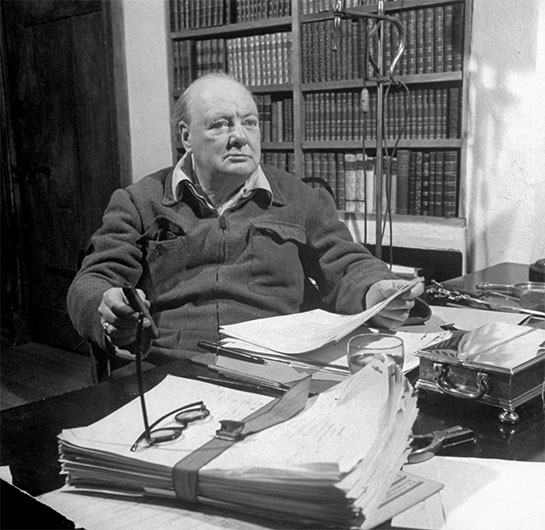 Working on a memoir. Winston Churchill and his poodle Rufus. Chartwell estate in Kent, 1947. 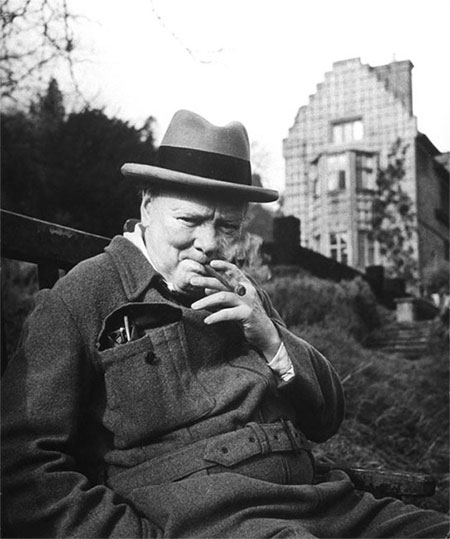 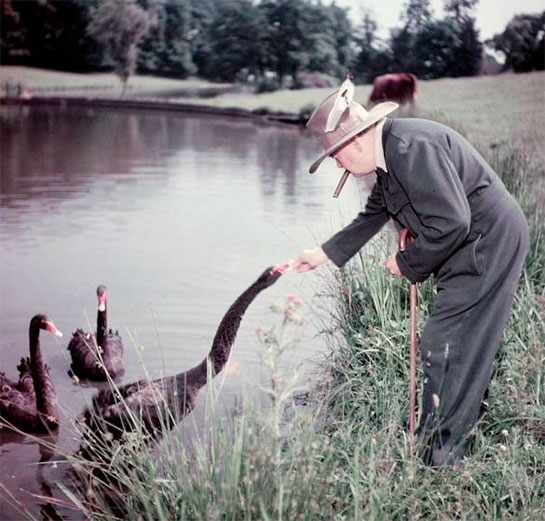 Black Swans are a gift to Churchill from Western Australia (the bird is a state symbol). Chartwell, 1950. 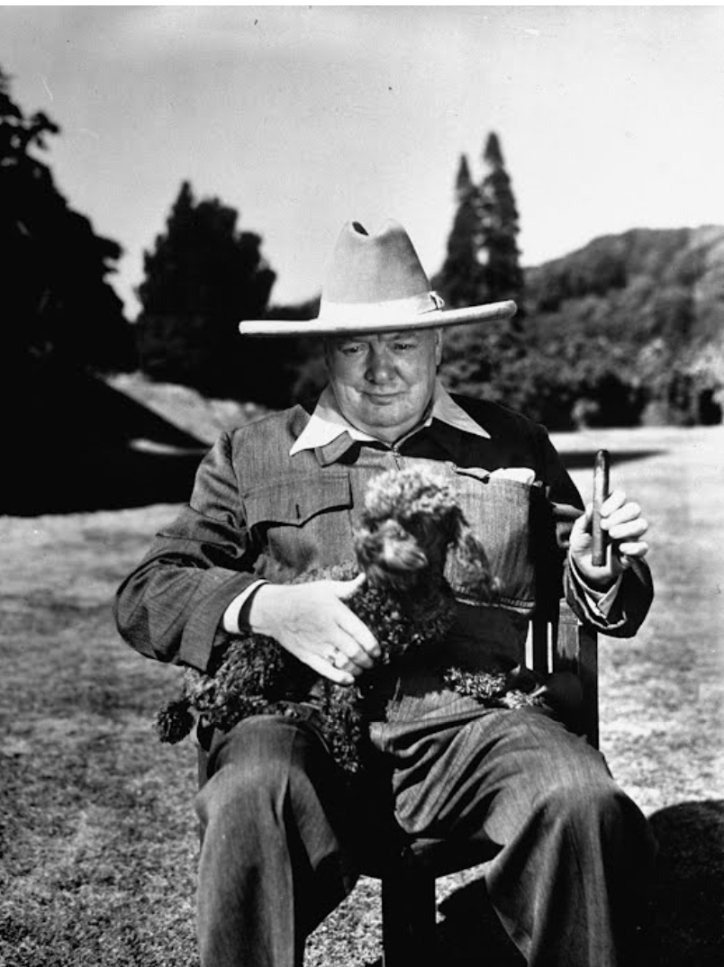