Winston Churchill with a Tommy Gun, 1940 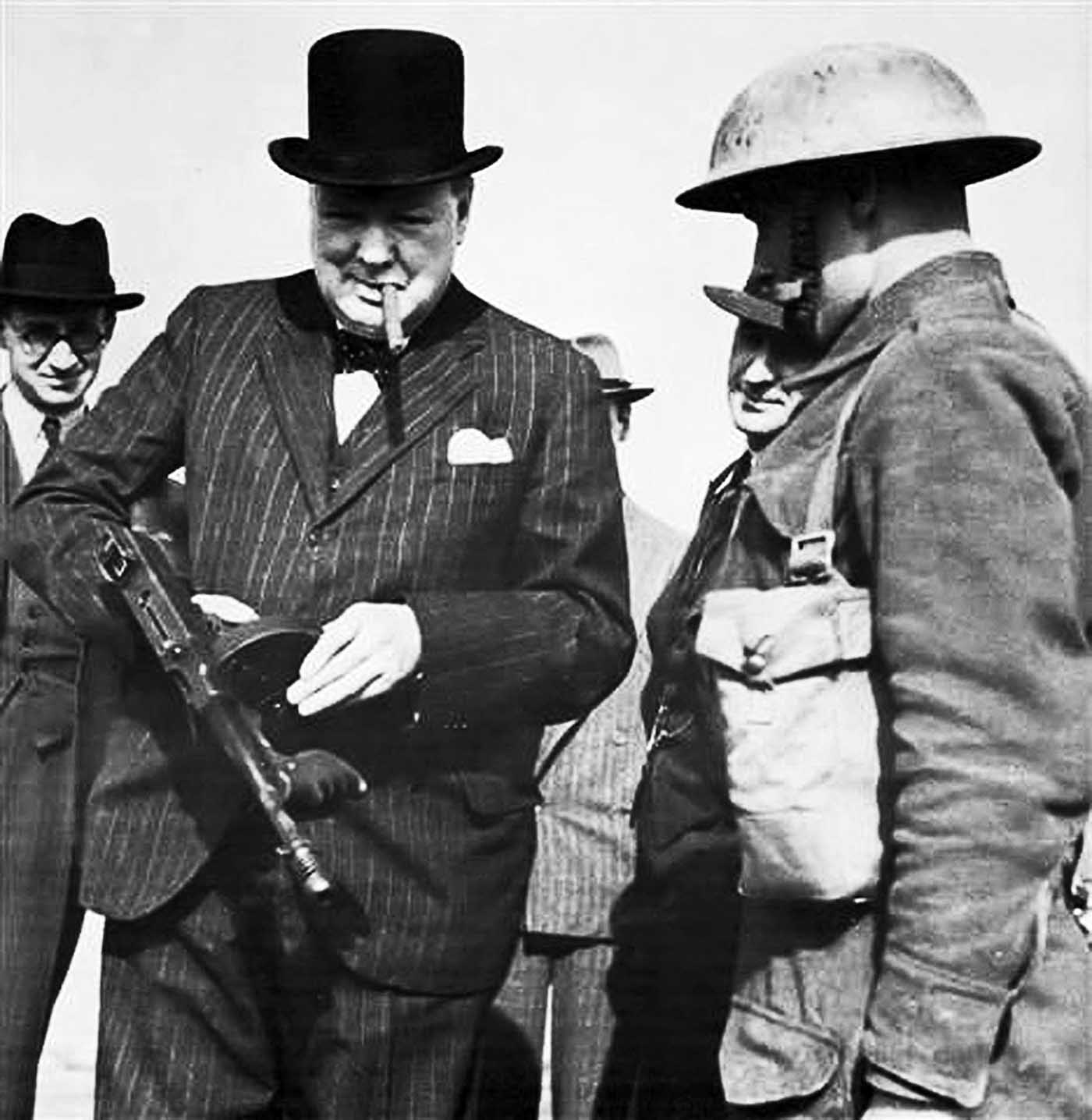 A snapshot of Winston Churchill with a Tommy Gun was quite popular among both British and Germans propaganda posters.

Winston Churchill was a tough guy during his young years and during his Prime-Minister cadence (at least, the first one). So, he was an actual leader of the UK when he took a trip across the country in the summer of 1940. Churchill aimed to maintain morale in the military units. He wanted to show the servicemen, and the civilian population, that the words he said in the House of Commons on June 4 of the same 1940 were not demagoguery.

It was a great speech, and Prime-Minister was looking for visual support of his words. He found one during the inspection of the port of Hartlepool. Winston Churchill picked up the legendary Tommy Gun and grinned into the lens. 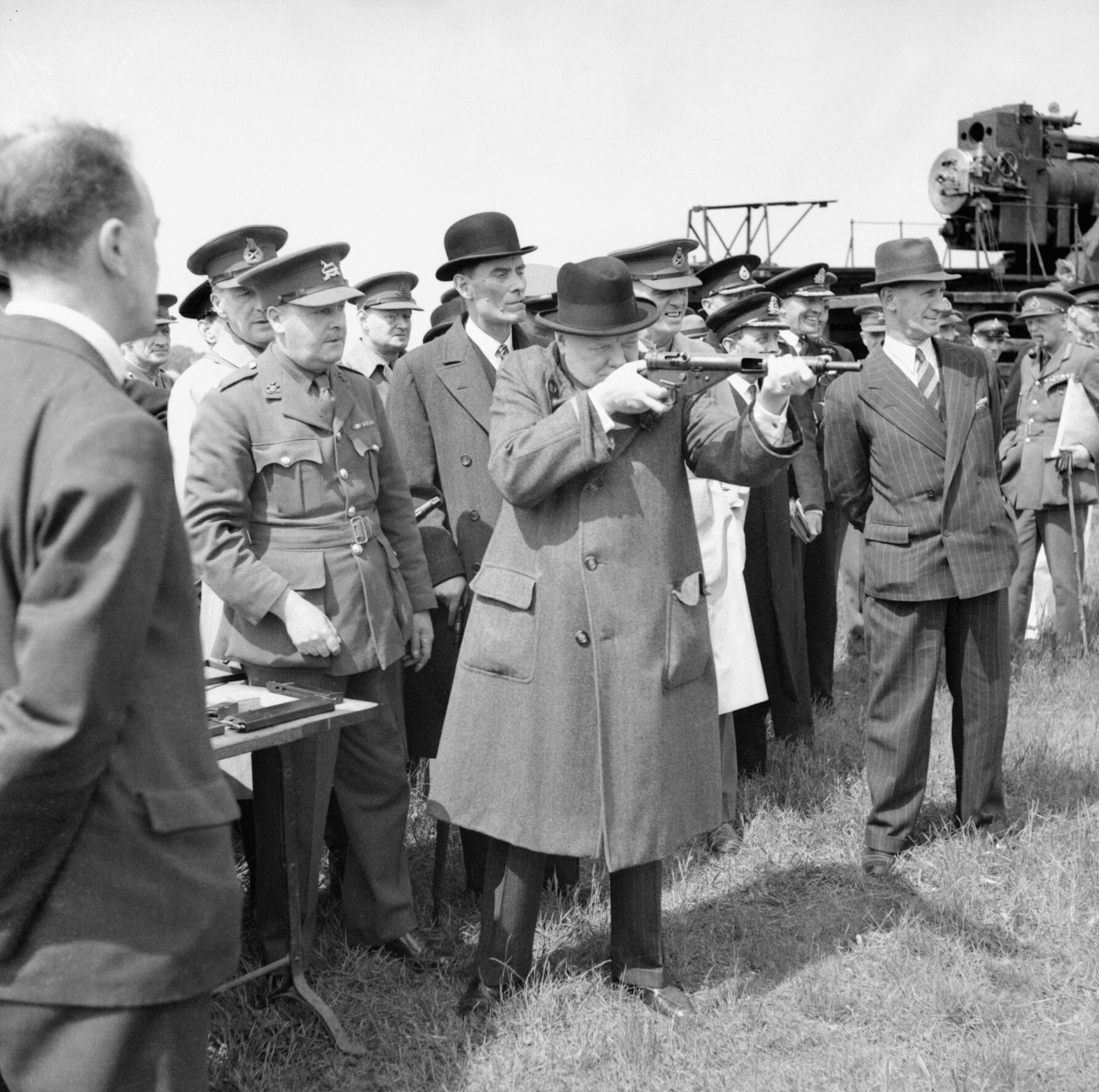 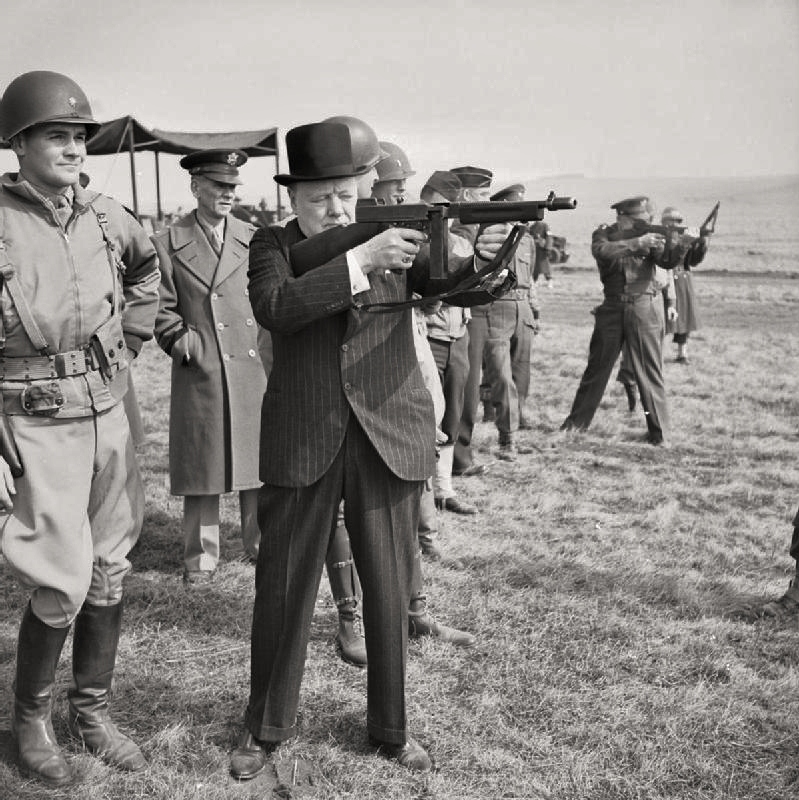 Winston Churchill liked his photos with weapons during WW2

The choice of weapon is not accidental. Winston Churchill perfectly knew that the British army bought thousands of Tommy Guns from the US. (However, brits discovered that the submachine gun is difficult to handle and weighs a lot, they rushed to exchange it for something more manageable.) The picture of Winston Churchill with a Tommy Gun immediately spread across the UK. It said: Look, even our leader took up arms! It soon became apparent that outside the country, the photo is no less popular… 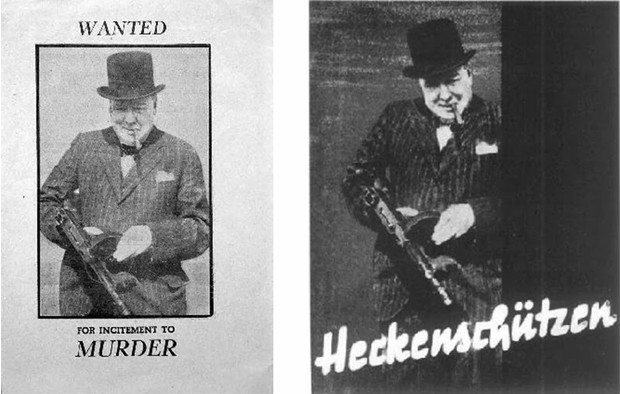 How the Nazi used the photo of Winston Churchill

Joseph Goebbels was the head of the NSDAP propaganda department during WW2. He liked the photo of Winston Churchill with a Tommy Gun so much that he decided to squeeze everything out of it. He removed the unnecessary background (in this case, the soldiers on the sides of the prime minister). Then Photoshoppers framed the picture in an American manner and added: “WANTED. For incitement to murder.”

The calculation was perfect. Churchill looked like a drunken American gangster with a weapon in his hands. He looked like a real outlaw.

Nazi distributed this photo of the “gangster” in Germany and the Axis countries. They also dropped copies over the territory of Great Britain during the Battle of Britain. The imported prints had the following text: “The gangster you see here is pushing you to participate in the war with women, children and the rest of the civilian population in the lead roles. This is an illegal massacre. The Hague Convention prohibits it, and we will stop it with wartime methods. Save at least your own family from her horrors!”

Correct. It seems like Churchill picked random guns for photos in different cities.