Usually, we tend to pick WW2 photos that reflect important historical moments. Sometimes we pick images captured by famous photographers. But some of the bizarre WW2 photos don’t belong to these categories but still deserve the publication. 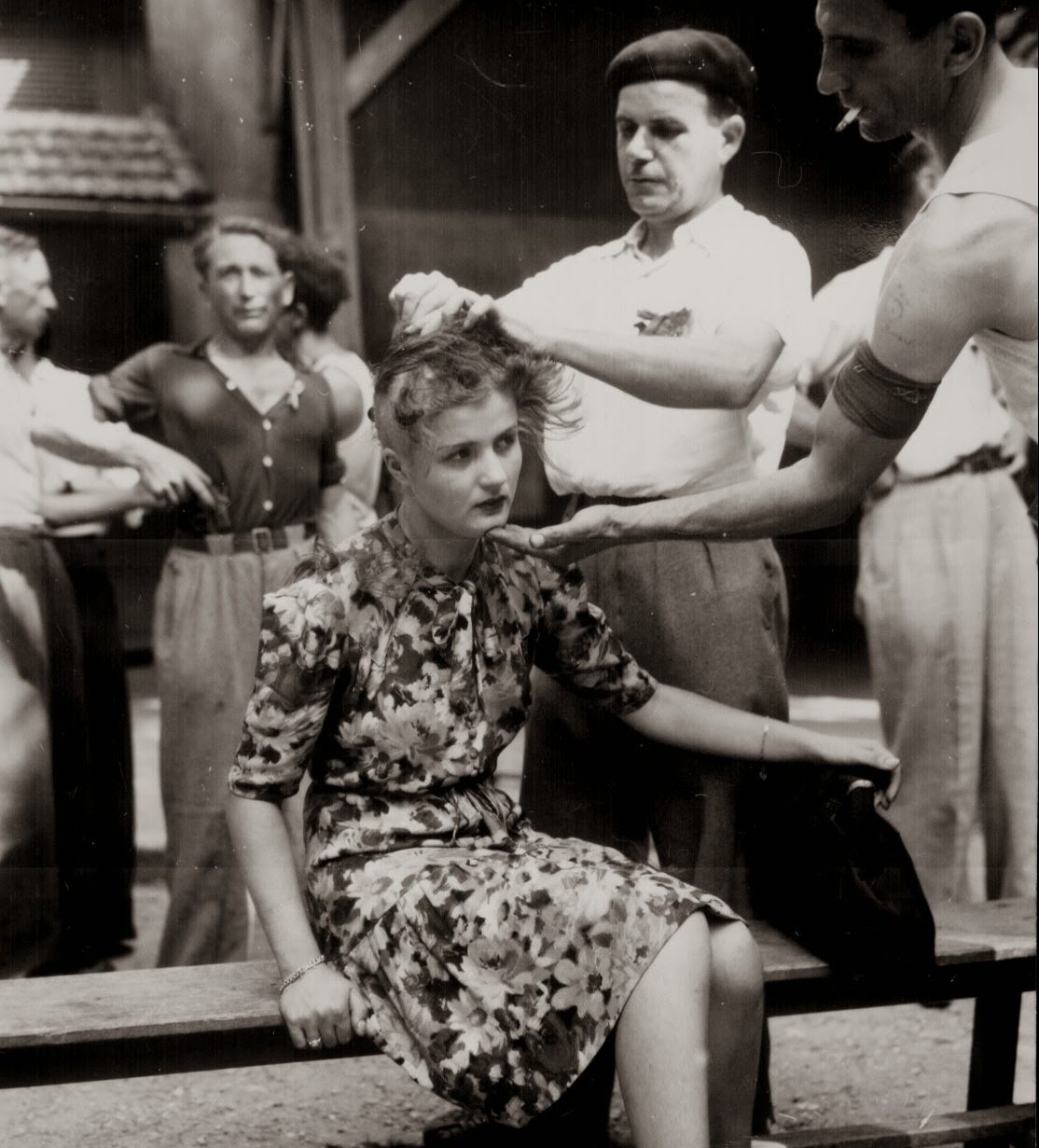 French woman shaved bald for her collaboration with Nazis.

After the liberation of France from the invaders in 1944, local residents decided to punish those who cooperated with German occupants. As a result, about tens of thousands of French people, mostly women, got the ‘Mark of collaborator’. It was the most popular punishment: shaving the offender bald. This photo, taken on August 29, 1944, in the city of Montelimar, immortalizes the shaving of a girl who had the foolishness to get close to the Germans. 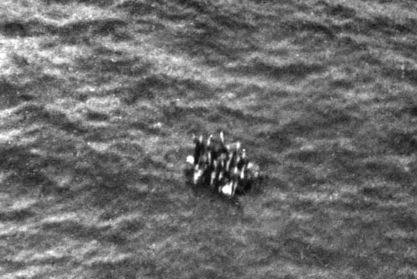 The last photo of the raft from Armidale.

On December 1, 1942, Japanese fighters attacked the Australian Navy patrol ship Armidale. Most of the crew died along with the ship. But very few survivors managed to build a raft from the remnants of lifeboats. This photo was taken from the Catalina naval patrol aircraft (flying boat) on December 8, a week after the destruction of the Armidale. Catalina was unable to help the twenty inhabitants of the raft because of the high storm waves. Unfortunately, these people were not as lucky as a Pulitzer-winning photographer Frank Noel. His ship sank after the Japanese torpedo attack but he managed to survive. The Armidale raft was lost afterward. 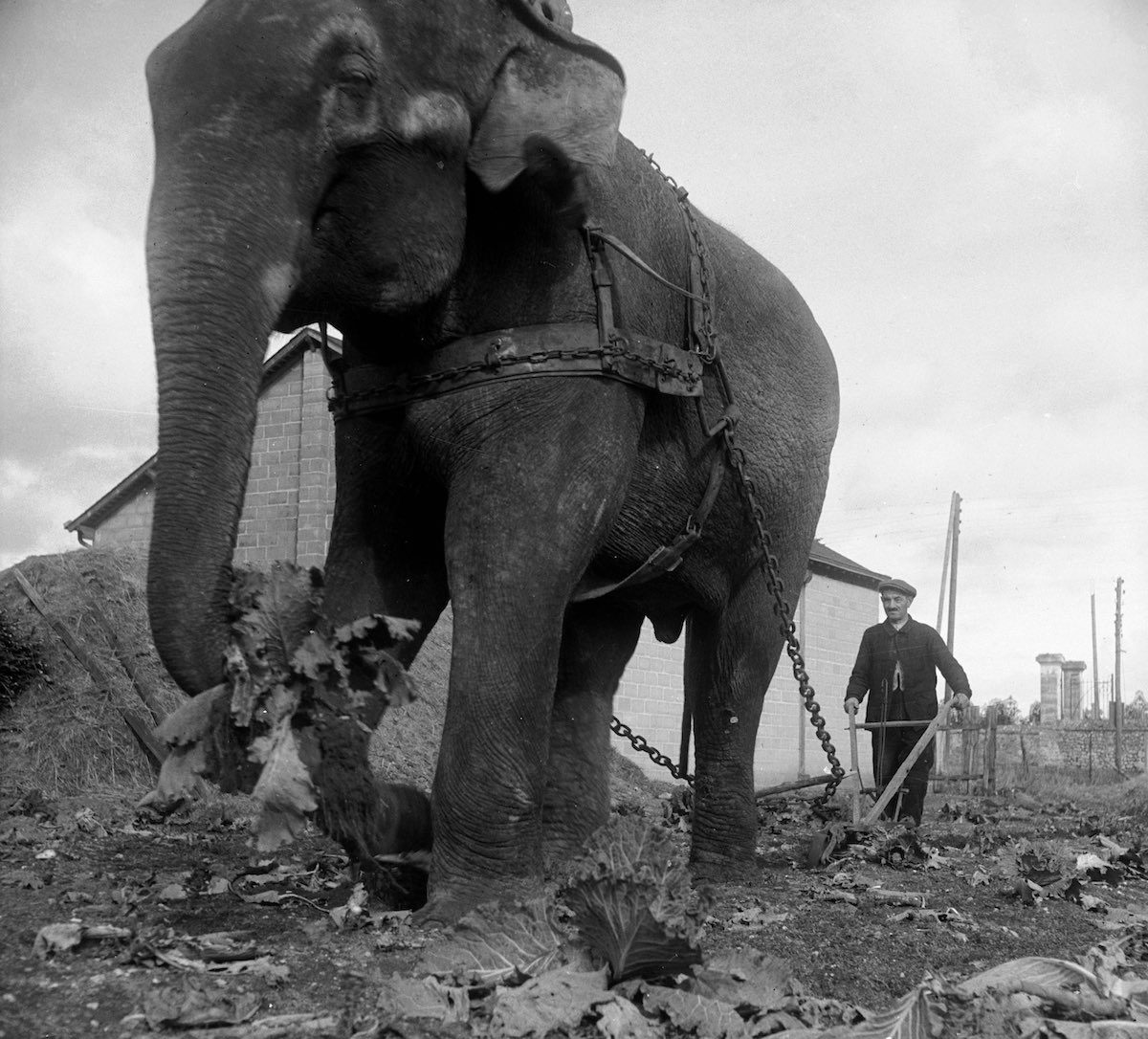 An elephant plows instead of a horse

This one is among the weirdest WW2 photos. Not only people joined the armies during the war, but horses also did so. And someone has to do a horsey job meanwhile. Even a circus elephant! In the photo, you can see how an elephant from the Amar brothers’ circus plows in occupied France in 1941. 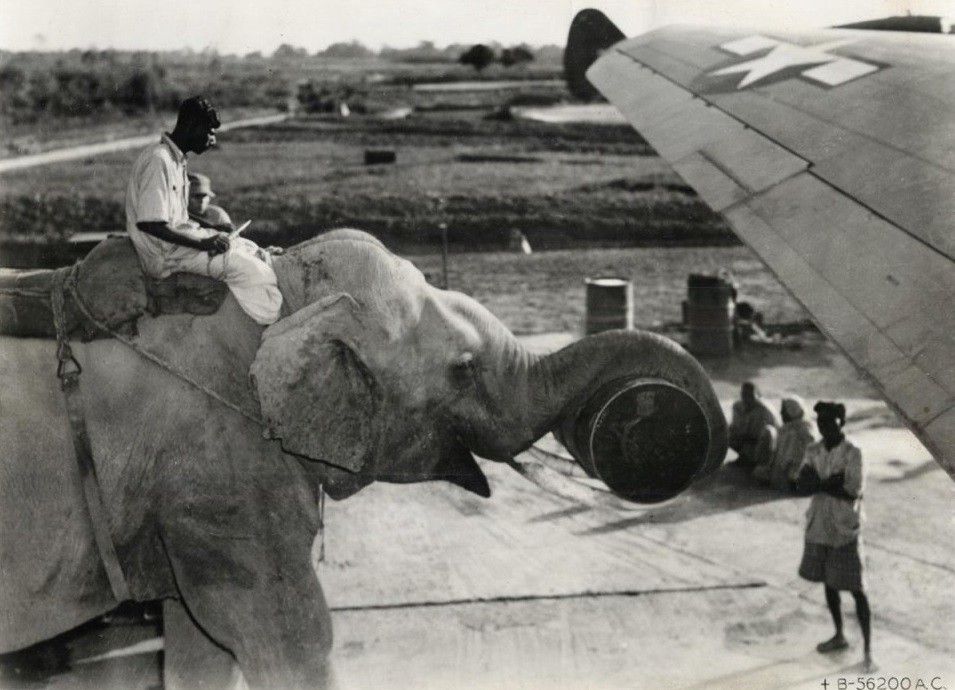 And here an elephant is helping to load an American bomber in India. 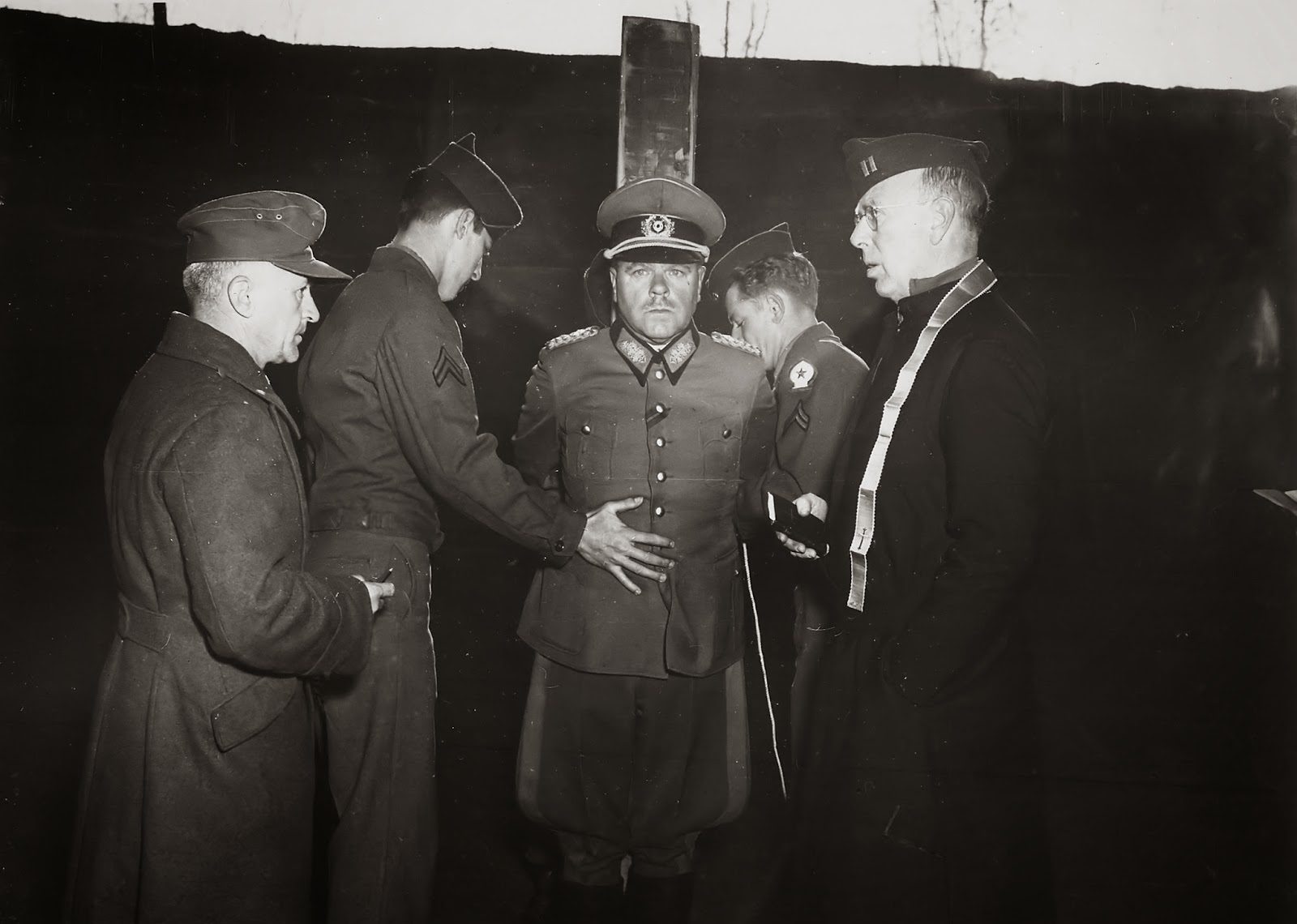 German infantry general Anton Dostler was executed by the Americans in the Italian province of Caserta. He was in charge of killing fifteen soldiers of the American commando group. His execution took place on December 1, 1945, and it was thoroughly documented both in photographs and on film. It couldn’t be more revealing. General Dostler didn’t have the luck of Hermann Goering and other top German officials who lived for a couple of months more during the Nuremberg trial. 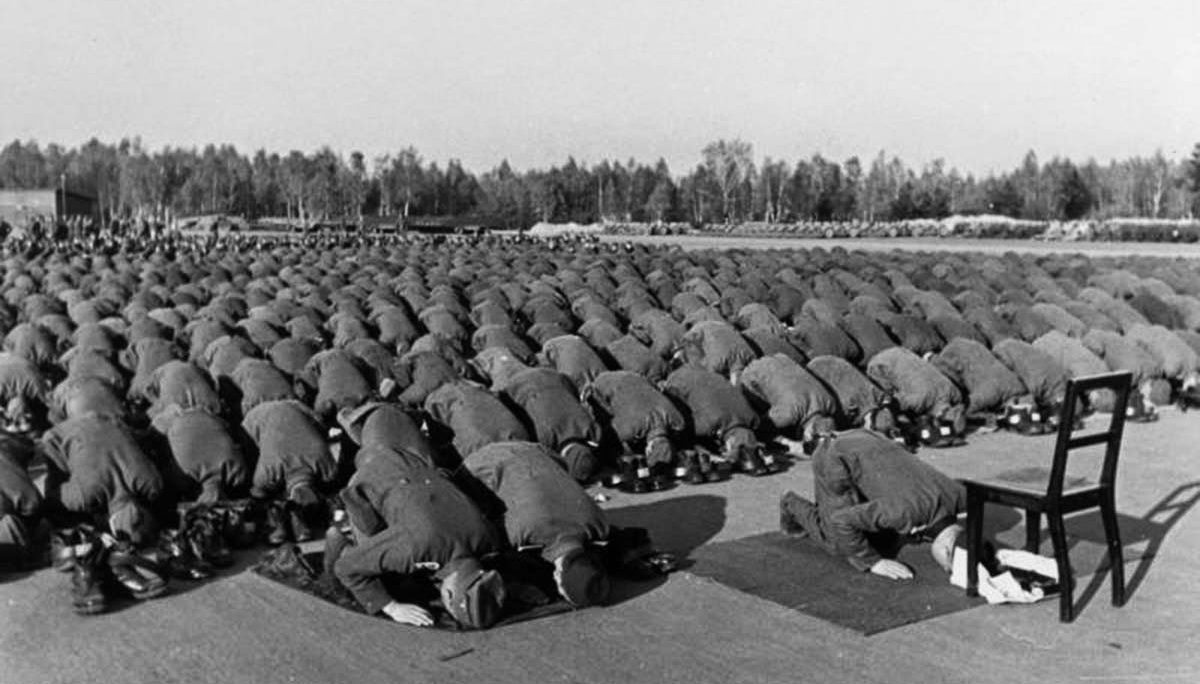 The WW2 photos of SS men pray to Allah

German commanders found the 13th SS Division “Khanjar” in 1943. It was two years after the German captured Sarajevo and then proclaimed the puppet Independent State of Croatia. A division consisted of volunteers of Bosnian Muslims. Its number reached 26 thousand people. 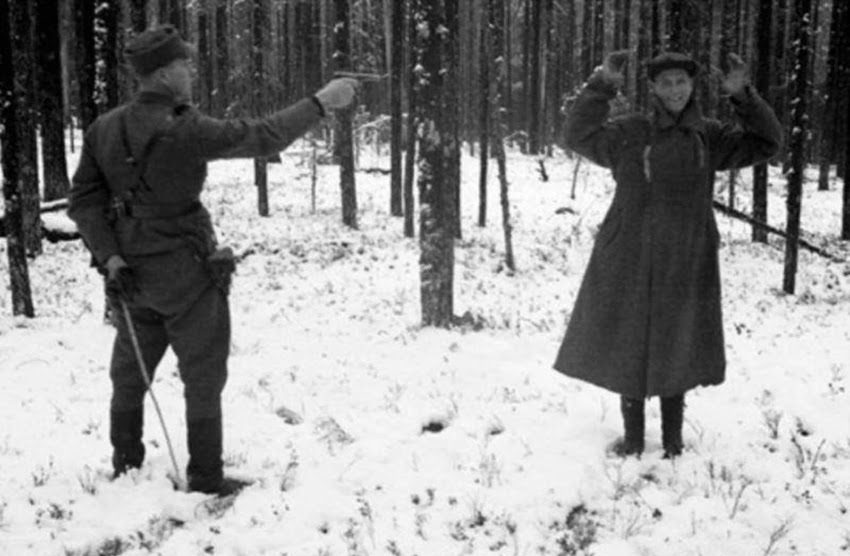 The Soviet intelligence officer smiles for the camera during the last seconds of his life. He knows for sure that in a second the Finnish officer will shoot him. The photo was taken in the snow-covered forest of Eastern Karelia in November 1942 but was first released by the Finnish Defense Ministry only in 2006. The Finnish government classified this image among some other WW2 photos. Officials feared that the Soviets will use this picture for the benefit of propaganda. 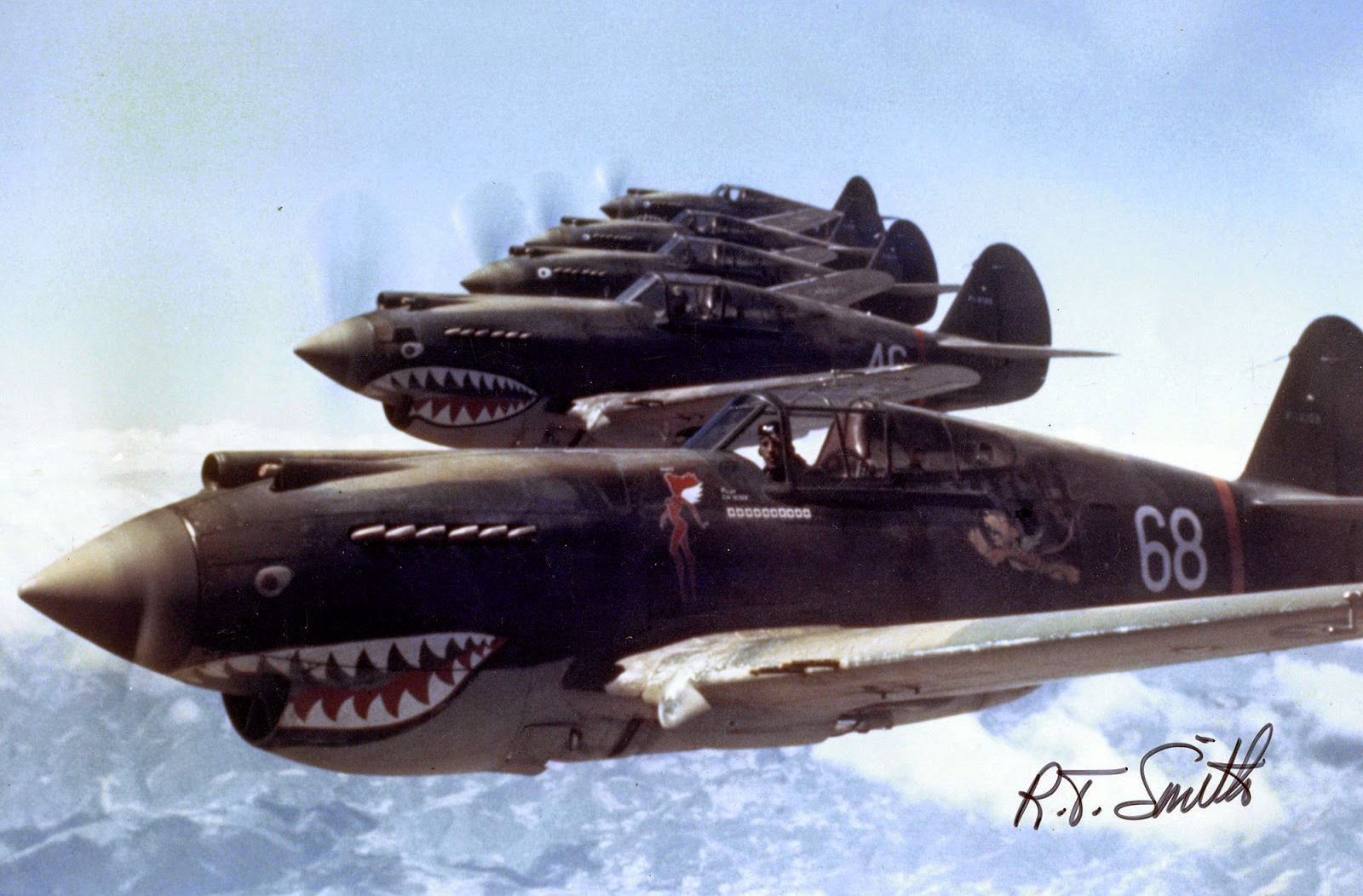 “Flying Tigers” in the skies over China

The United States helped China as best it could during WW2. For example, in 1941-1942 a volunteer air force unit called “Flying Tigers” fought for China. 99 Curtis R-40 aircraft directed China to form the unit. The Chinese pilots refused to use them, saying that they still cannot be compared with the Japanese Zeros. Here’s why American volunteers had to join the “Flying Tigers” unit. “Tigers” were had three squadrons: “Adams and Evas”, “Hell’s Angels” and “Panda Bears”. Specifically in the photo – “Hell’s Angels” in 1942. 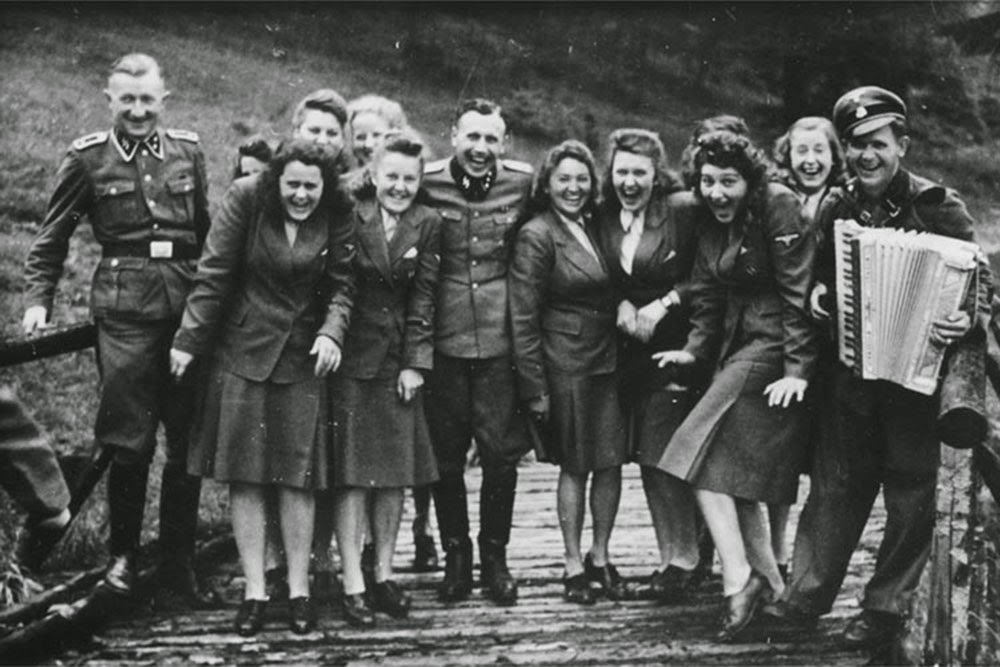 Auschwitz staff on the rest

In this photo, the staff of the largest Nazi death camp has fun. Just like ordinary people. It was the year of 1942 and it one of the weirdest WW2 photos. 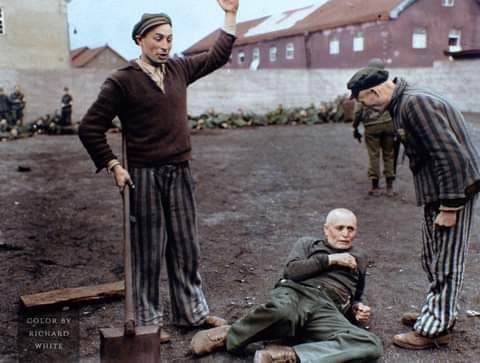 A US guard turns a blind eye in the background as former Dachau captives prepare to execute an SS guard with a shovel. The guard was known to terrorize and murder men, women, and children. 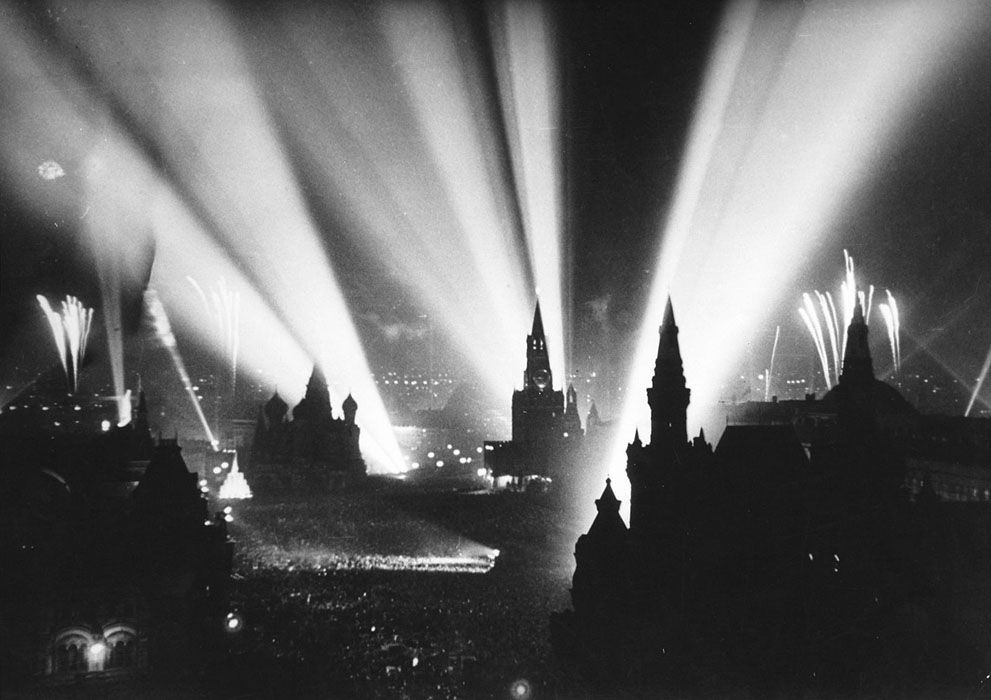 The photos of WW2 Victory night in Moscow

The people of Moscow knew about the surrender of Nazi Germany at 2.10 am on May 9. Thousands of people rushed to Red Square Over the next few hours. The festive fireworks began. It was the happiest crowd in history. Russians were as happy as Americans during the V-J Day.