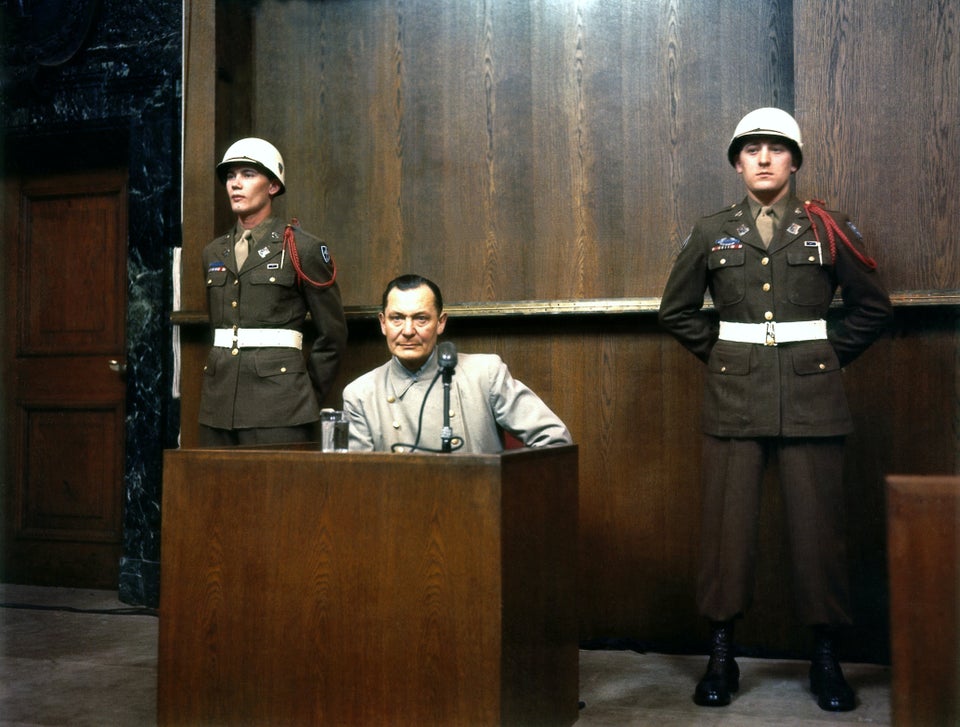 In this historical photo, Hermann Goering is on the witness stand during the military tribunal for war crimes in Nuremberg Germany. November 20, 1945

Before the Nuremberg tribunal started, Hermann Goering surrendered to the American troops, at the time when Soviet troops put their flag over the Reichstag. The rumor has it that Reichsmarschall felt confident, while Americans treated him like a high-rank guest rather than a war criminal.

Soon, however, the situation changed quickly, and Hermann Goering ended up in the pre-Nurnberg tribunal prison.

Goering was confident and did not give the accusers a descent. He even tried to bring some counter-arguments mentioning the American segregation, the British repressions in the colonies, the USSR – the GULAG. German Marchal even poked the Western allies by telling about a Munich treaty of 1938, Moscow – the non-aggression pact of 1939.

His bravado faded when evidence of the extermination policy in the occupied territories commenced. “Death camps,” gas chambers, soap made of people, lampshades, and briefcases made of human skin – it was already impossible to fight off this with the skill of an orator.

German politician tried to tell the Tribunal jury that he was not aware of what was happening, but in response, the prosecutor presented him the papers bearing his signature.

Hermann Goering was sentenced to death by hanging. He asked to replace the gallows with execution but received a refusal. Witnesses claim that, upon hearing the verdict, Goering said through clenched teeth: “No one executes Field marshals by hanging.”

Two hours before the execution of the sentence, he took poison. We still don’t know for sure who exactly and how gave it to Goering. We only know that he used an ampoule with potassium cyanide.

Allies burned the remainings of Hermann Goering and scattered the ashes with the wind.