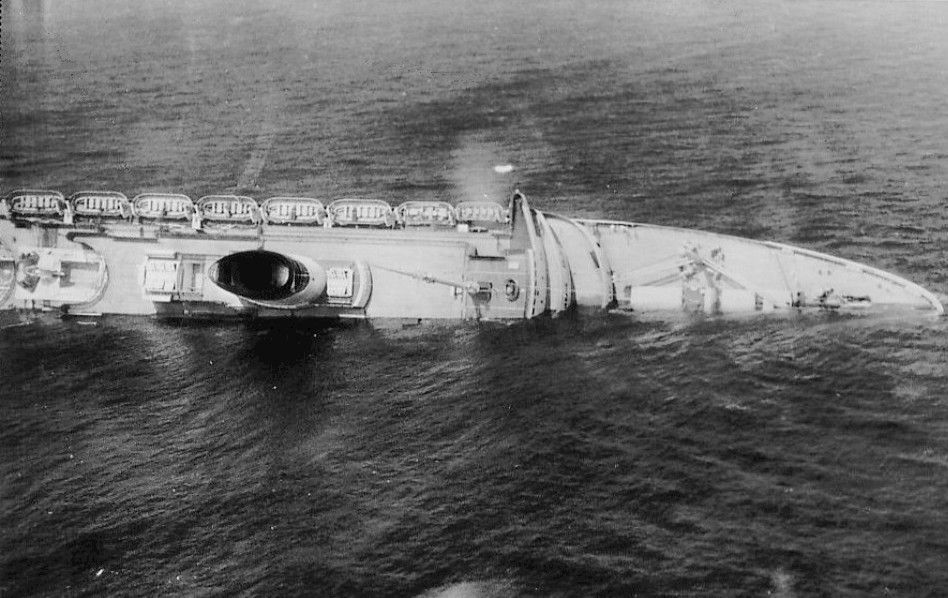 The cold waters of the North Atlantic became a graveyard for many ships. One of them was the Italian liner, Andrea Doria. This vessel was ending its voyage from Europe to New York. It crossed the Atlantic 101 times before but fatally collided with the Swedish passenger ship “Stockholm” on July 25, 1956. The sinking of Andrea Doria attracted attention globe-wide.

Harry A. Trask was a lucky photographer at Boston Traveler who captured the final moments of the ship. His historical pictures of sinking Andrea Doria liner received a Pulitzer Award a year later, in 1957. 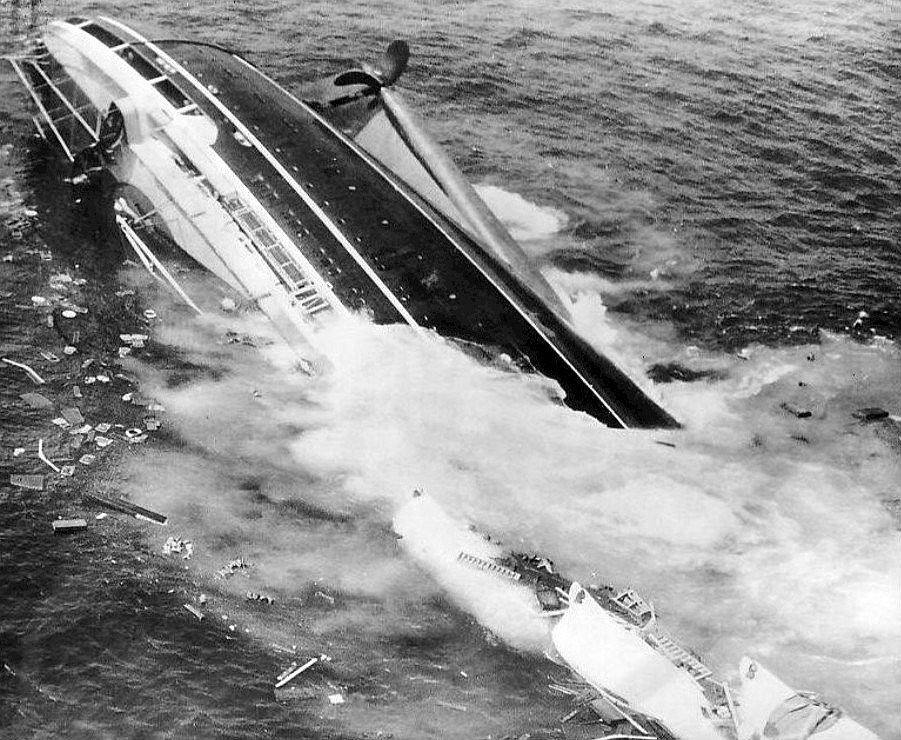 Andrea Doria sinking accident shouldn’t have happened, especially given the bitter experience of the Titanic disaster. After the crash of 1912, the design of ocean liners changed forever. New vessels used enhanced waterproof partitions, the number of lifeboats was abnormous, and most importantly, radar became a mandatory device on all ocean-going ships. By 1956, about 6 million passengers were traveling between America and Europe, with no collisions or other ship accidents. The world was sure that a disaster like the tragedy of the Titanic liner would never happen again. But this was a delusion.

Many passengers crossing the Atlantic believed that America would have more opportunities than Italy. The passengers of Andria Doria shared this dream too. More than half of the passengers, totaling 1,100, were immigrants hoping to start a new life in the United States. There was the first class too: politicians, movie stars, and world-class musicians.

Sixteen hundred and fifty passengers survive the wreck. Fifty-one others are lost beneath the sea. 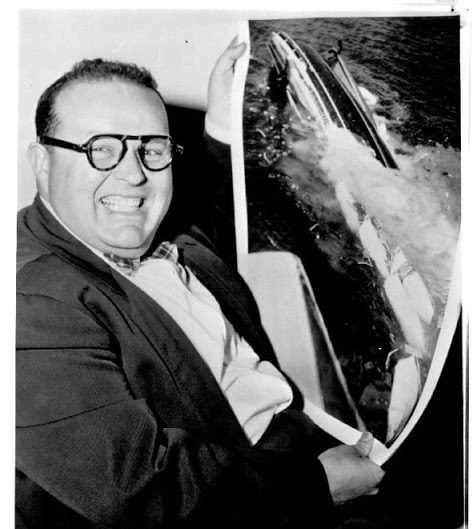 Harry Trask and his famous image 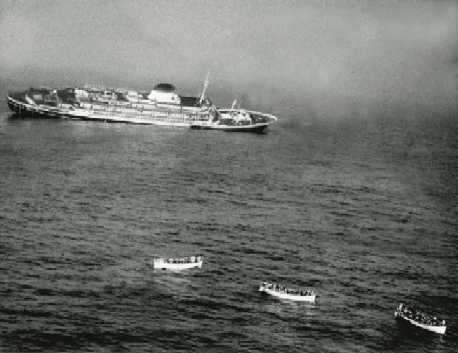 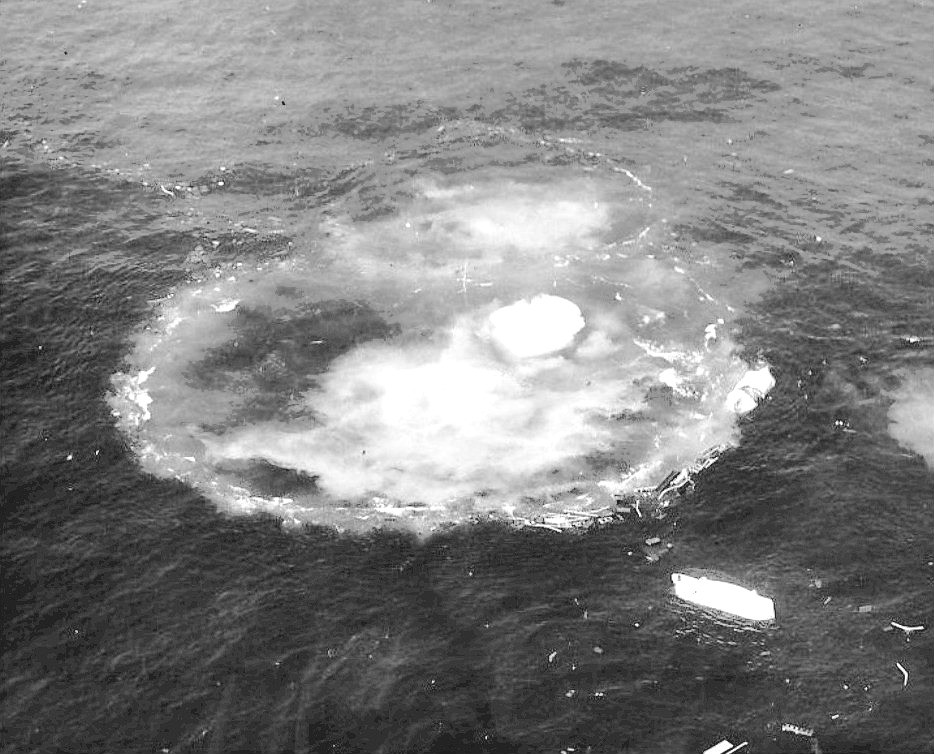 The night of the disaster

On July 25, 1956, the weather was beautiful over the North Atlantic. The Andrea Doria was due to arrive in New York the next morning. Passengers on the upper deck were enjoying the summer sun as the weather changed dramatically. Mist abruptly enveloped the passenger ship. It was so dense that it was difficult to see my hand. For safety reasons, Captain Calamai ordered the compartments battened down, but the ship’s speed did not slow down. The captain had to get to the port of New York the next morning. In case of delay, the carrier company must pay each passenger two dollars and fifty cents for each extra hour spent on board. The liner speed remained high at 23 knots. The passengers suspected nothing.

A festive atmosphere reigned aboard the Andrea Doria liner; nobody could imagine it will be sinking during the next ten hours.

The ship was sailing in the fog; the radar was functioning. The captain Calamai carefully peered into the mist. At 23:45, a point appeared on the radar of the Andrea Doria liner – at a distance of 12 miles at full speed 18 knots, the Swedish passenger ship Stockholm was floating. His captain Nordenson dined in his cabin, leaving the bridge under the command of a young 3rd rank officer, Johansson. Soon the Andrea Doria appeared on the Stockholm radar. The distance between the ships was inexorably decreasing – they approached one mile every one and a half minutes. Experts still do not understand why both ships changed their trajectory during the last minutes before the collision. But they did so, and a tragic accident happened soon after.

The next morning, a chartered Beechcraft Bonanza plane circles low over the abandoned liner. A Boston Traveler photographer Harry Trask was in this aircraft. As the tiny plane clips and turns, Trask becomes violently airsick. Although, the cameraman continued to press the shutter.

Photographerappeared above the sinking Andrea Doria on the airplane nine minutes before the ship disappeared entirely under the waves. His photography sequence won a Pulitzer Prize in 1957.

“I asked the pilot to fly a bit closer so I could record it with my Graphic camera. As we circled, I could see how Andrea Doria was gradually sinking below the surface. As the air from the cabins rose to the surface, the water foamed. Debris and empty lifeboats were scattered even-where. In nine minutes, it was all over.” The tardy, airsick news photographer took 16 pictures.

Harry Trask joined a good company of outstanding photographers who won the prestigious Pulitzer Award in the photography section. The Homecoming, The Water!, and Ford Strikers Riot were already in the list of winners.

After the wreck of the Italian ship Andrea Doria, people switched to flights across the Atlantic by airplane rather than by ocean liner.

By Carol Pearson
2 Mins read
Wayne Miller traveled to Hawaii under cover to take pictures of the leisure of American Navy sailors. The pictures had to be…
ArtCities

By Andrew Piper
3 Mins read
Fred Herzog started taking pictures of Vancouver in the late 1950s when he moved to the city. He defined a key to…
Stories