A Pyramid of German Helmets in Front of Grand Central 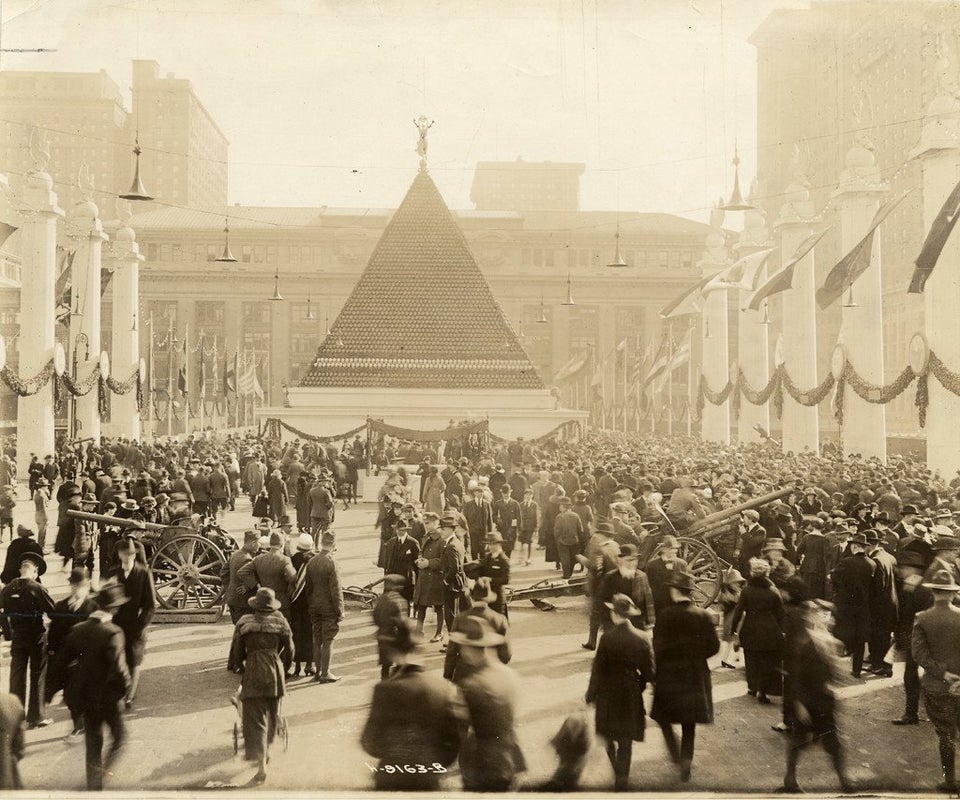 Pyramid of German helmets in front of the Grand Central Terminal, 1918

This pyramid at Grand Central was a pure propagandistic act promoting the 5th War Loan. The government widely raised funds for military purposes during the wartime, and these loans had different promotions (like WW1 posters), and creative ideas like this pyramid. So this bright image is another page in the history of the New York Central Terminal.

A pyramid consisted of 12,000 helmets neighboured other samples of captured German war equipment, like cannons. While many of the image’s details have been confirmed, the figure that was placed at the top of the pyramid is still subject to speculation. Some commenters believe that it’s Nike, the Goddess of Victory. There are also two cannons located on the left and right of the helmet pyramid.

Check our History of WW1 gas masks in photos.