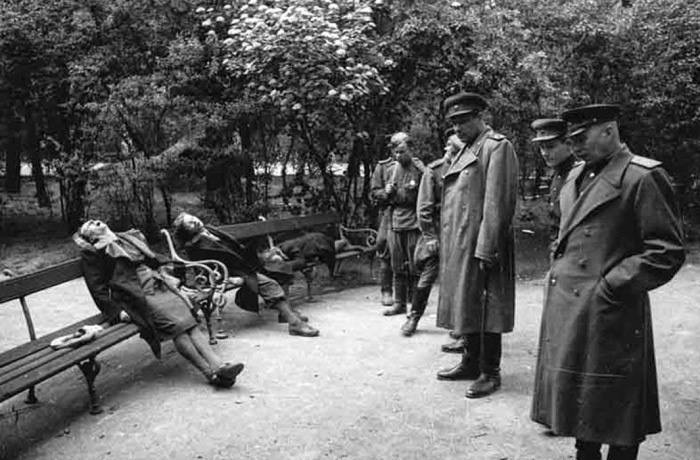 It’s another famous photograph by Evgeny Khaldei, the author of the legendary photo “The flag over the Reichstag.” This shot is not so monumental, but it’s also a fascinating one. Khaldei took this photo of the family murder in April 1945 in Vienna. It depicts a dead Austrian family, watched by living Russian officers.

Check the most Bizarre WWII photos.

A killer shot a mother and her two children: a teenage boy and a girl, whose body was lying a little further away. Their father killed them.

Evgeny Khaldei recalled the story of this photograph: “I went to the park near the parliament building to film the columns of soldiers passing by. And I saw this picture. A woman was sitting on a bench, killed by two shots – in the head and neck; next to her is a dead teenager of about fifteen and a girl. The corpse of the father of the family was a little further away. He had a gold NSDAP badge on his lapel, and a revolver was lying next to him. Soon a witness of this Vienna murder approached the photographer and the officers. He told them that the German first killed his family and then shot himself. 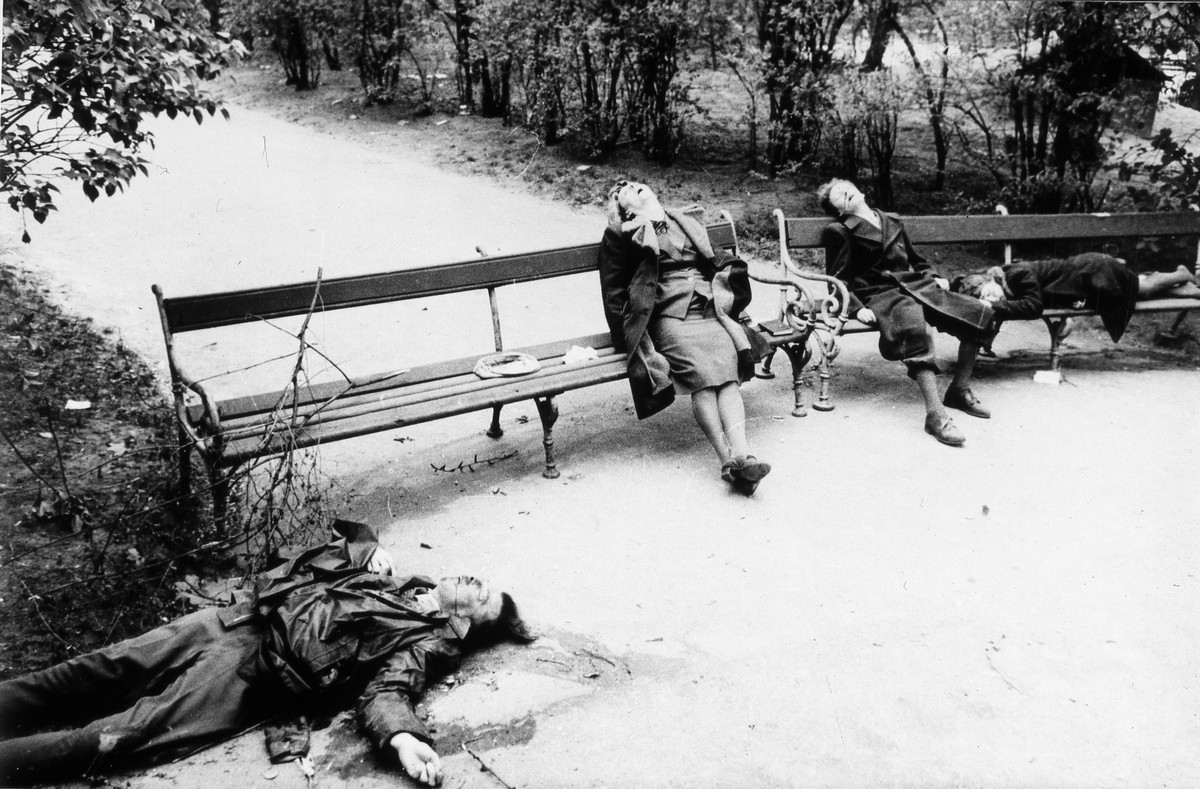 A different angle of the murder in Vienna, 1945

After the Soviet army captured Vienna, the nine-year occupation period started. The city was split between the allies, and the Russians maintained a strict borders control regime. Here you can check some noteworthy archive photos from Vienna’s Soviet occupation zone, taken in the 1940s.