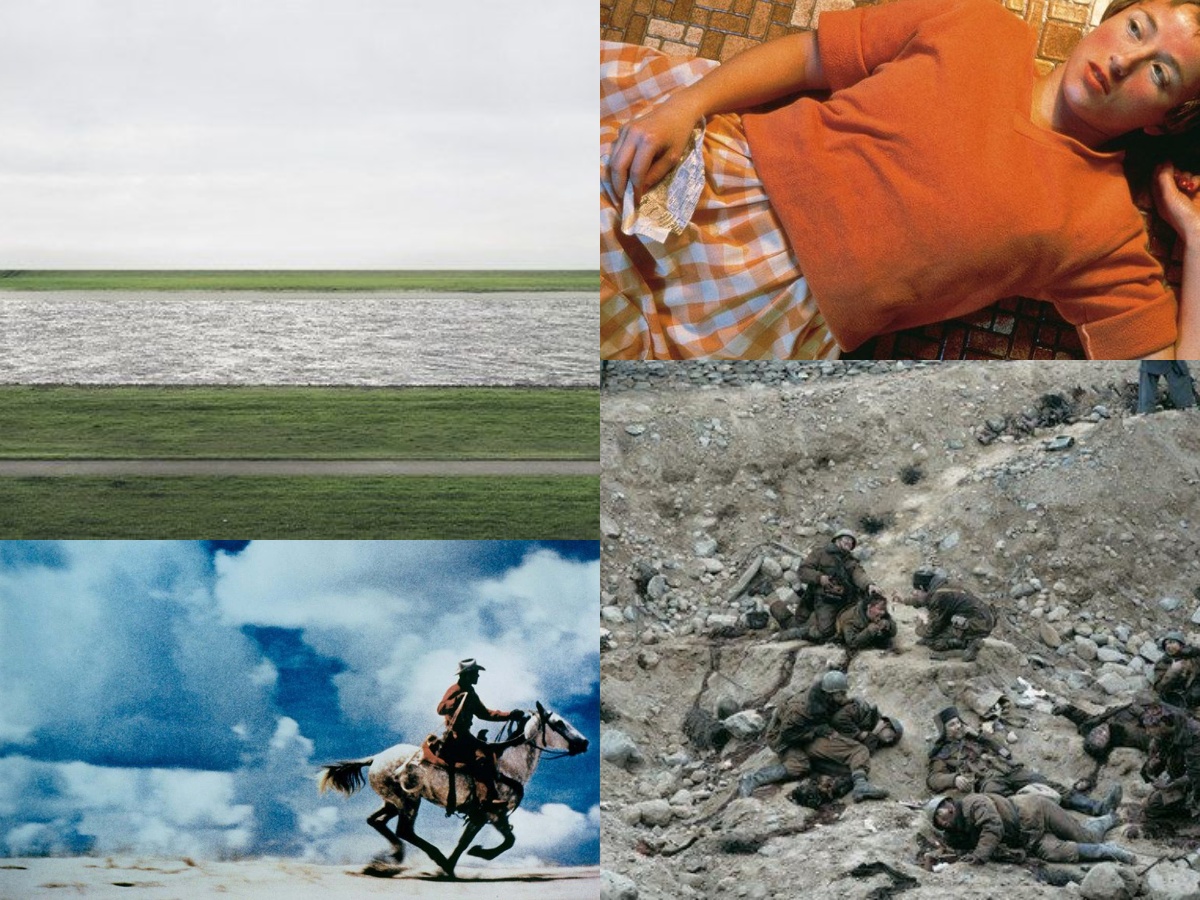 The most expensive photographs list is very different from The most important pictures, or even from Pulitzer Prize photos. Almost all of these images are excellent samples of world-class photography. But there’s no obvious reason for paying this much for some of them. Not all of these most expensive photographs are exactly old. And we at Oldpics are strictly avoiding pictures that younger than 1995. Well, it’s a shame, but sometimes we are forced to publish some fresh images from 2011 when they come in a mix list with pictures from 1880. Sorry for this. 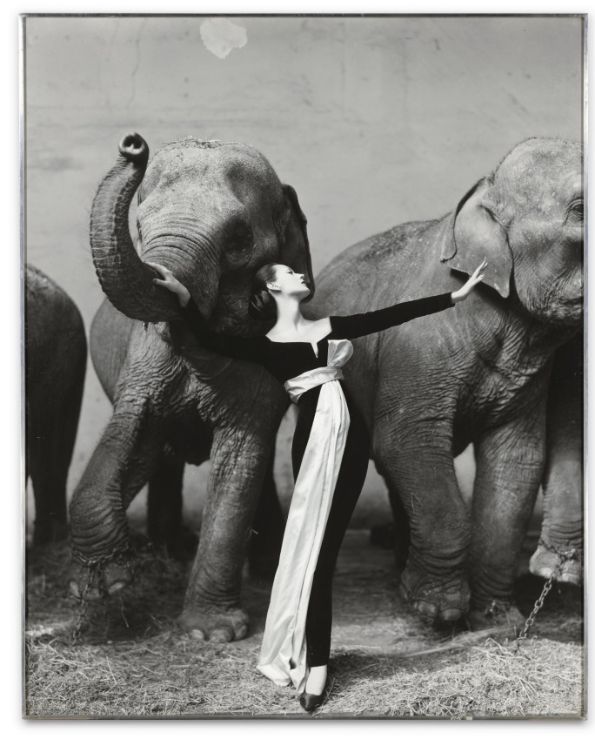 What’s Going On in This Picture: The famous American photographer Richard Avedon masterfully cooperated with the best models. Actually, anyone could be his model. Avedon had some excellent pictures of the miners, politicians, and movie stars. And this photo is an example of the highest level of aesthetics that Avedon managed to achieve in fashion photography.

The top model of the 1950s Dovima poses for the photographer in a Christian Dior dress, surrounded by select, stylish, young elephants. The shoot was in Paris, of course. Well, if there’s a place for a fashion photo among the most expensive photographs, then it should be Richard Avedon. This photo is among others in the Top 100 most important pictures in history. 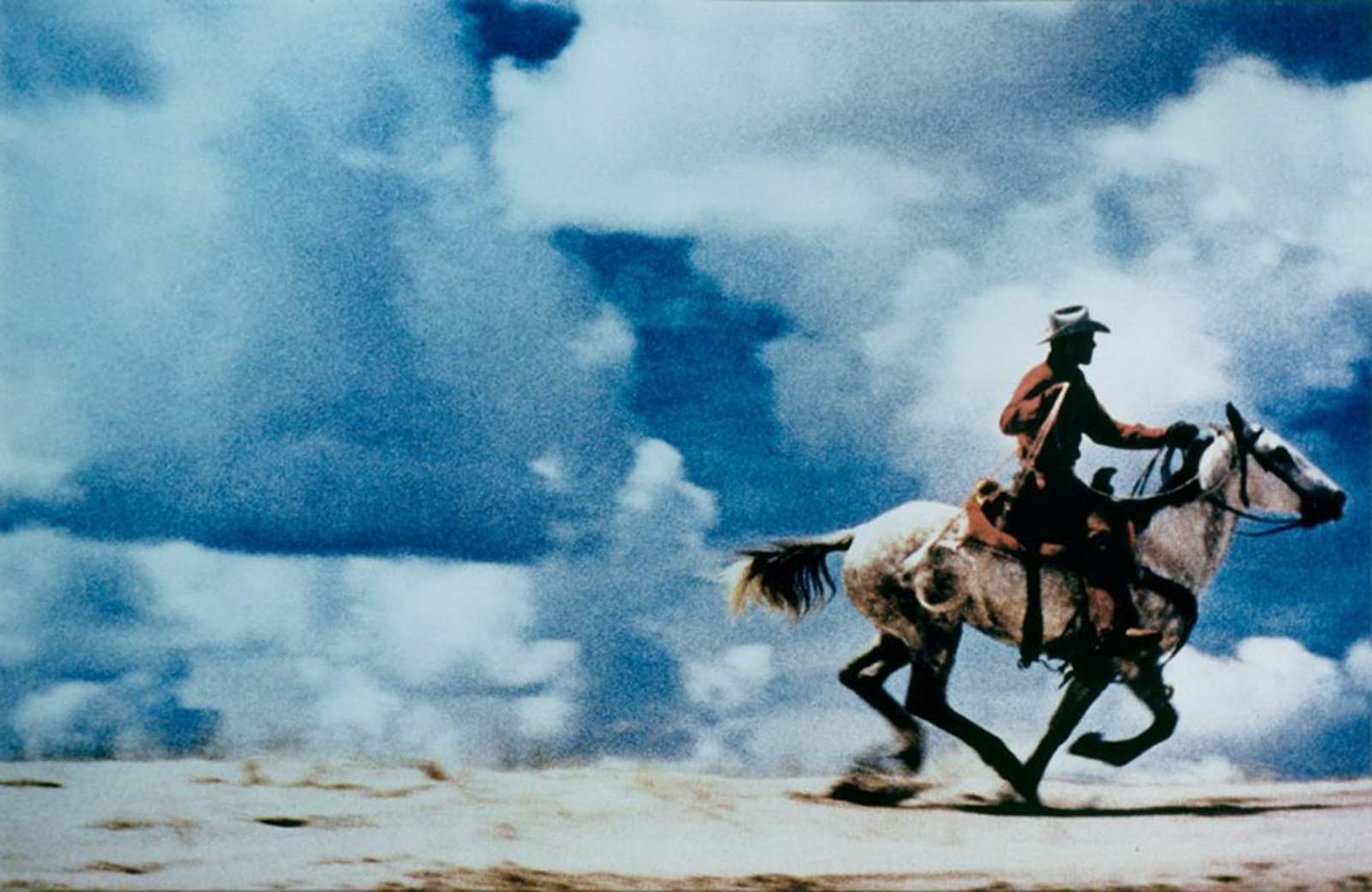 What’s Going On in This Picture:  Well, it’s an interesting one! The fact is that “Cowboy,” strictly speaking, is not an author’s photograph. American artist Richard Prince only photographed a fragment of an old Marlboro advertisement from a magazine. But, as you can see, there was a buyer for such a sample of contemporary art. Well, it was a generous buyer. This shot also hit the Top 100 most important pictures in history for its pop culture value. 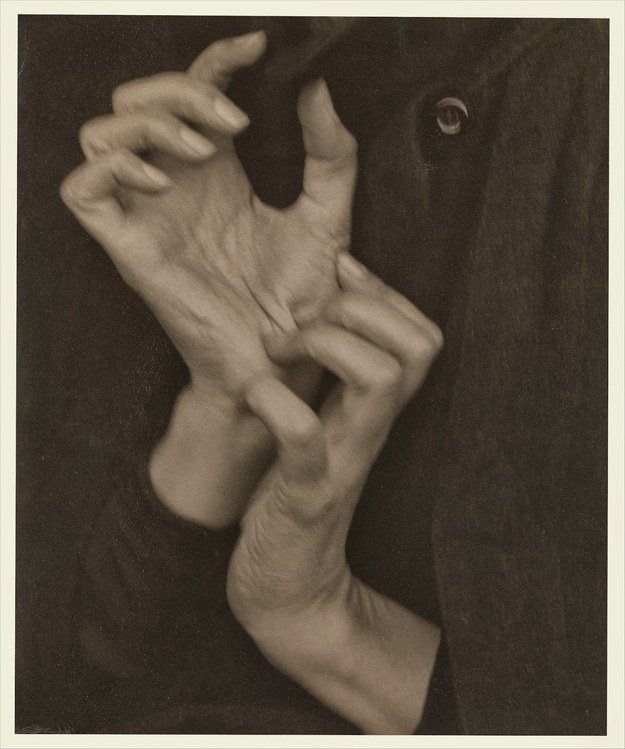 What’s Going On in This Picture:  The love affair between photographer Alfred Stiglitz and artist Georgia O’Keeffe became one of the most fruitful and picturesque alliances of the 20th century. Stiglitz regularly photographed his muse, O’Keeffe. In many cases, she was nude. But the frame that immortalized the artist’s sensual hands was monetized at the top level. For those interested, here’s our publication about their love story and the best photos by maestro Stiglitz. 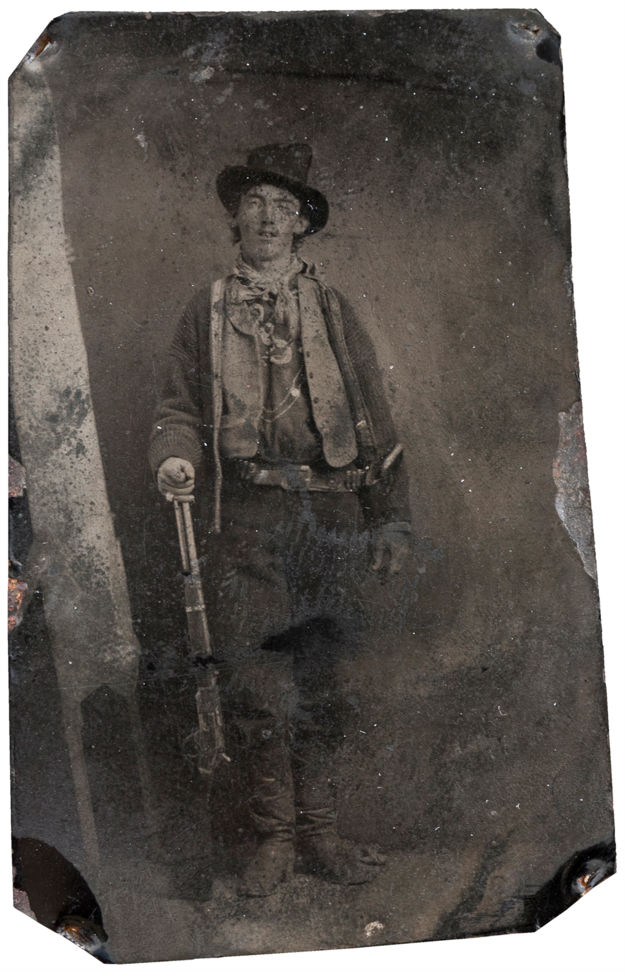 What’s Going On in This Picture:  American criminal Billy the Kid committed his first crime at 18. His life was bright and short, as the sheriff shot him at the age of 21. During this short time, Billy managed to make a career as a cult criminal. His dead shot record had more than twenty souls, and he was a symbol of the Wild West. This photo is the oldest one among the most expensive photographs.

This picture was believed to be the only image of Billy the Kid. Recently researches found a second picture in which Billy and his gang members play croquet. 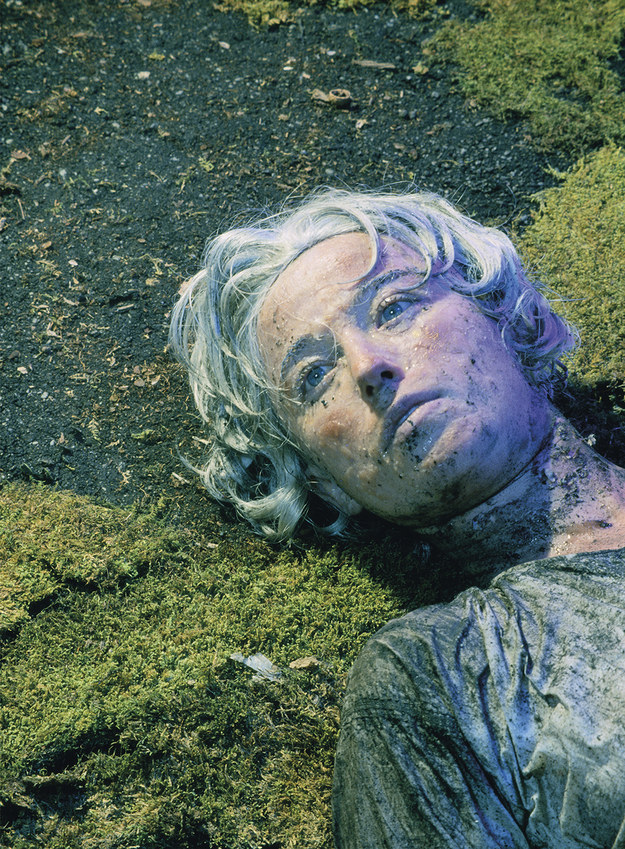 What’s Going On in This Picture:  One of the most famous artists globally, Cindy Sherman, always preferred staged photography. Her photos turn American pop culture inside out, making it unsettling and frightening. Cindy prefers “Untitled” to all names, giving such a basic character with only a serial number. 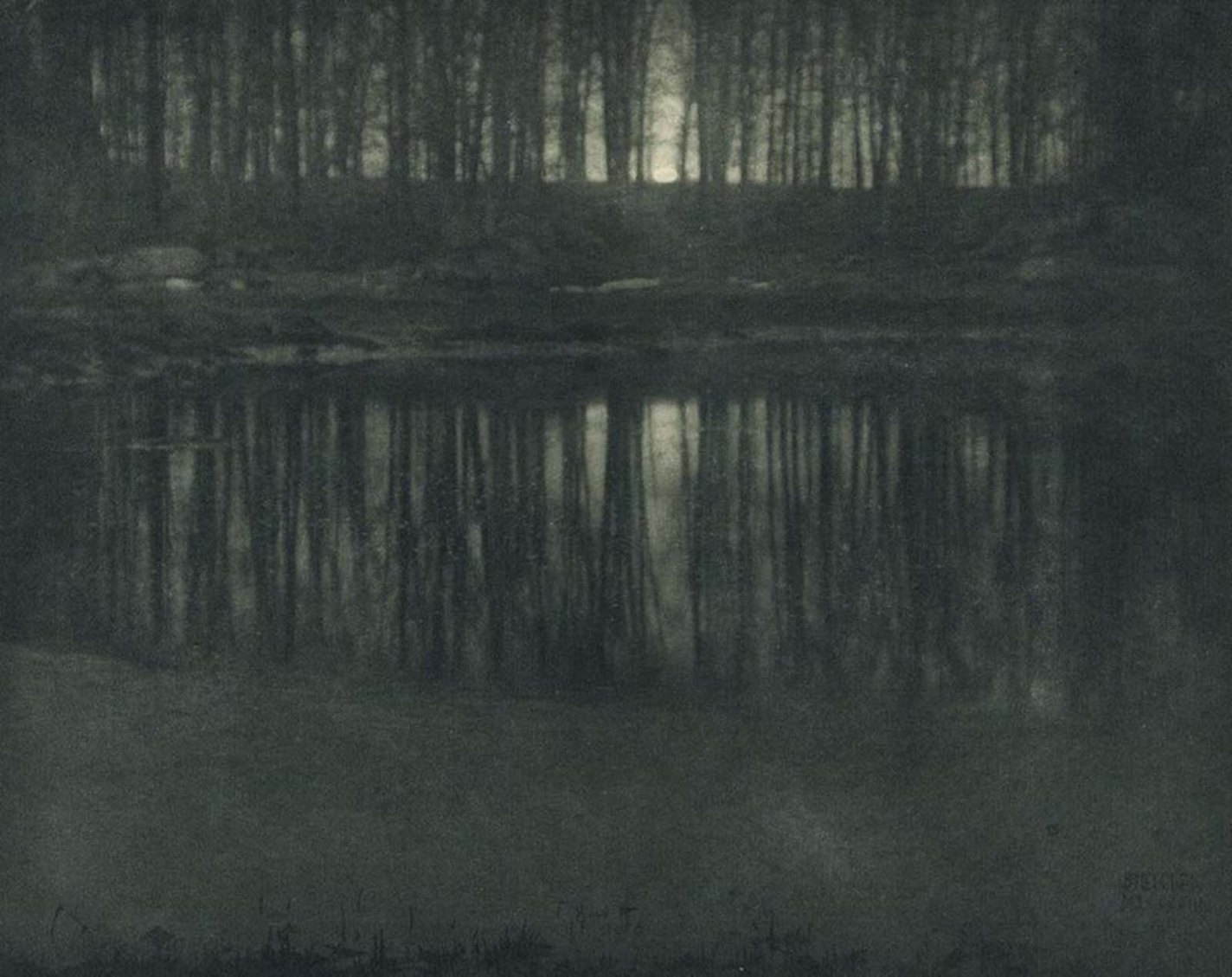 What’s Going On in This Picture: Here is a story of the impressionist artist who decided to retrain as a photographer. In general, Edward Steichen’s professional career was impressive. The photographer taught the basics of aerial photography to soldiers during WWI. He created several portraits of movie stars in the 1920s, and those images’ technique still helps to teach photo students nowadays. But on our list was Steichen’s landscape.

It’s one of the first autochrome technique experiments in photo history. “Pond. Moonlight” is also a fine sample of pictorial photography, and it hit the Top 100 most important images in history.

You make like this collection of Leonard Misonne, founder of pictorial photography. 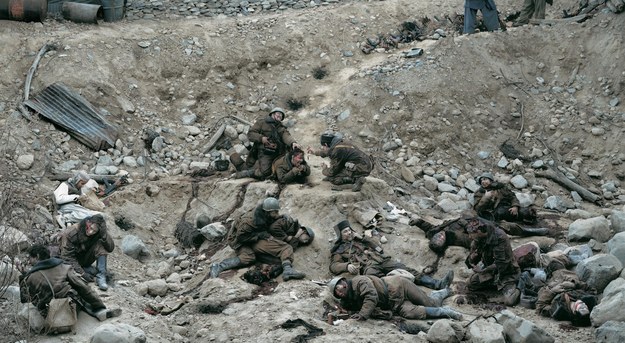 “Conversation of the Fallen Soldiers”

What’s Going On in This Picture:  Jeff Wall always specialized in creating staged photographs that look like Pulitzer News shots. He took this photo far away from the real trenches. Real events inspired Jeff Wall in Afghanistan, and here’s a story. Soviet soldiers were killed by the explosion but resurrected and looking around their mutilated bodies. By the way, this photo Russians didn’t allow this photo to participate in the exhibition as it was politically unreliable. 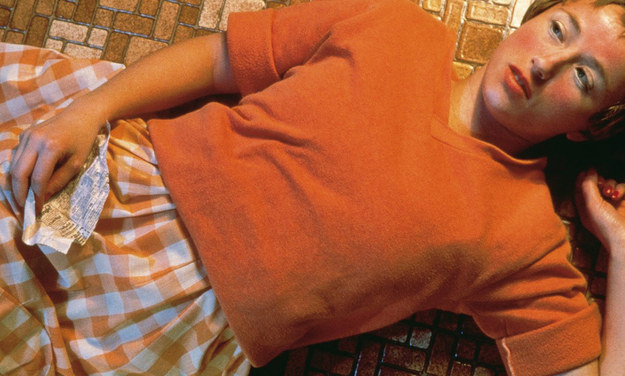 What’s Going On in This Picture:  Oh, and here’s another work by Cindy Sherman! At number 96. Please note on the Untitled series occupies a place in the Top 100 list. Ironically, the most important image by Sherman is not among the most expensive photographs.

Here are some more amazing photographs by Cindy Sherman. 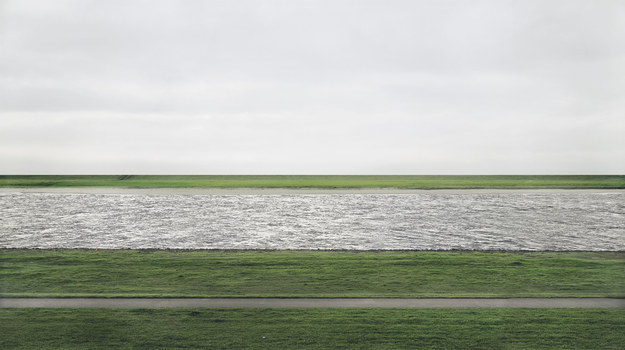 What’s Going On in This Picture: Here it is, the most expensive photo in the world! You may be surprised, amazed, and outraged. Now you will be surprised, amazed and indignant even more: photographer Andreas Gursky photoshopped this photo. He removed unnecessary elements that, in his opinion, ruined the harmonious appearance of the river.

He removed the port facilities and a power station in the background and a dog breeder with a dog in the foreground. “Paradoxically, I couldn’t capture this view of the Rhine, and refinement was necessary to provide an accurate image of the modern river,” Gursky explained in an interview. But he can’t convince us. We still think it would be more fun with a power plant and a dog! 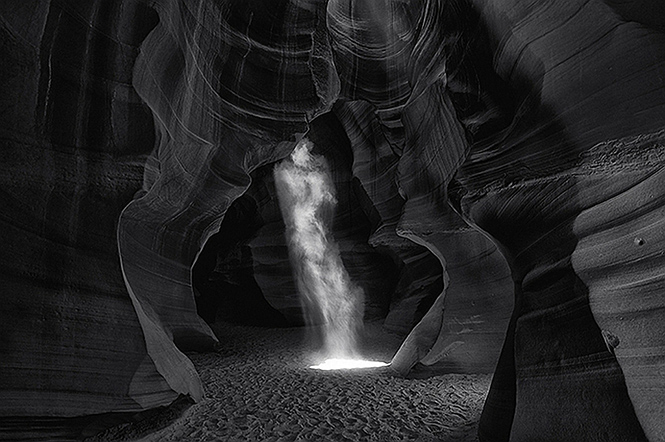 What’s Going On in This Picture: There is also a color version of this photo, but it was the monochrome version sold at the auction. The picture was taken in Antelope Canyon in northern Arizona. This cave is a godsend for photographers. The dust hovering in the rays of light creates wondrous silhouettes that, at the moment, resembles a real ghost. Photographer Peter Leek is Australian, but his work can be found in personal collections of the American presidents to the Rolling Stones band members.

By Andrew Piper
1 Mins read
Somehow this photo of former-model Lee Miller in Hitler’s bathroom is one of the best-known WW2 photography. Its story is noteworthy, though….
Subscribe
0 Comments
Inline Feedbacks
View all comments
×
MusicStories