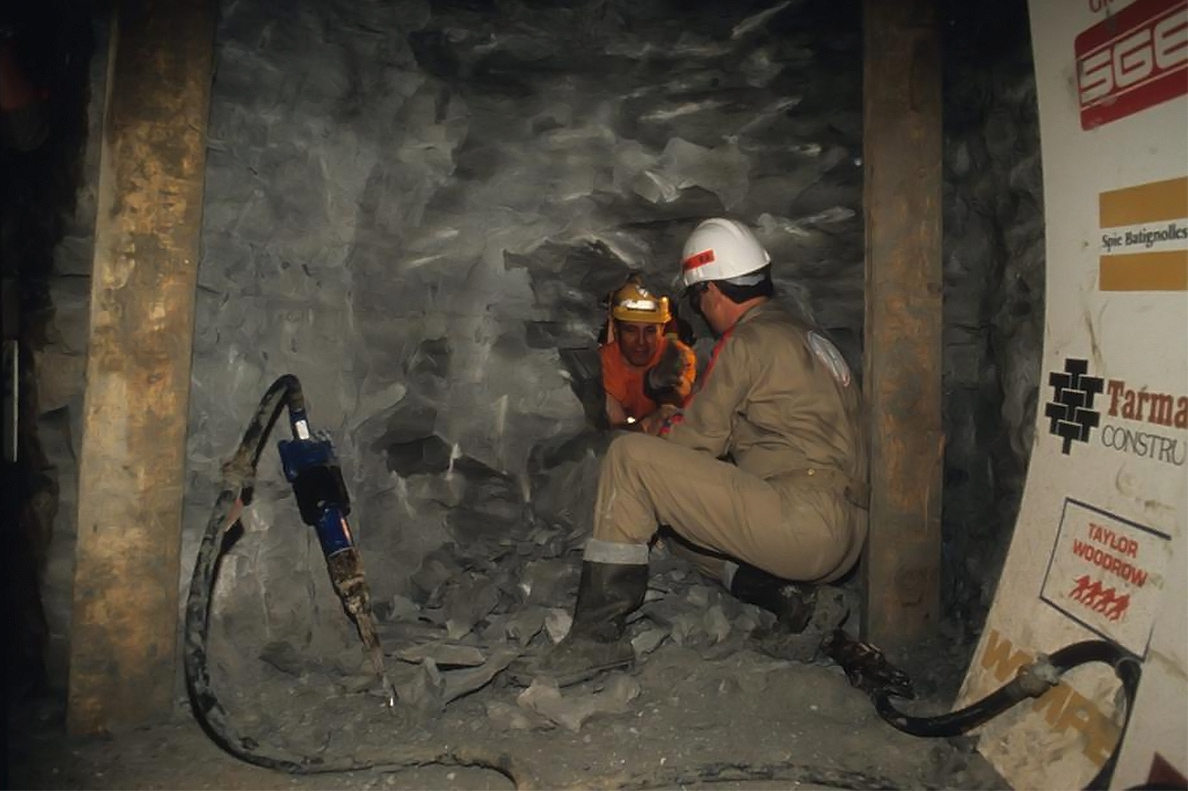 Some people say that Great Britain stopped being an island after these drillers in the Eurotunnel met on December 1, 1990.

This picture of this tunnel construction resembles shots from the “The Shawshank Redemption” movie. Nowadays, this photo seems to be an ironic one. Britain invested so much to be closer to European Union (literally closer) in the 90s, but it all ended up with Brexit. The good news is the Eurotunnel still connects the UK and Europe.

The history of Eurotunnel construction

The Eurotunnel construction was incredibly sluggish, slow, and painful. There were several epic failures in 1973. The idea of building a channel was on hold for more than a decade. The current project received funding only in 1987.

The construction process was well covered by newspapers, magazines, and TV channels. Everyone was curious when it would end and whether everything would work out. As you can see from the picture, it worked! The drillers from France and England did not miss and met at one point at a depth of 40 meters below the bottom of the strait.

The operation of the Eurotunnel began in May 1994.

By Anna Ramirez
1 Mins read
Stay cool, the Flying baby is safe and sound; now she is about 30 years old. It’s amazing how some photos become…
Stories

By Andrew Piper
2 Mins read
We publish some interesting pictures of Russia from time to time, and this publication covers the 1990s. As usual, Oldpics selected some…
Subscribe
0 Comments
Inline Feedbacks
View all comments