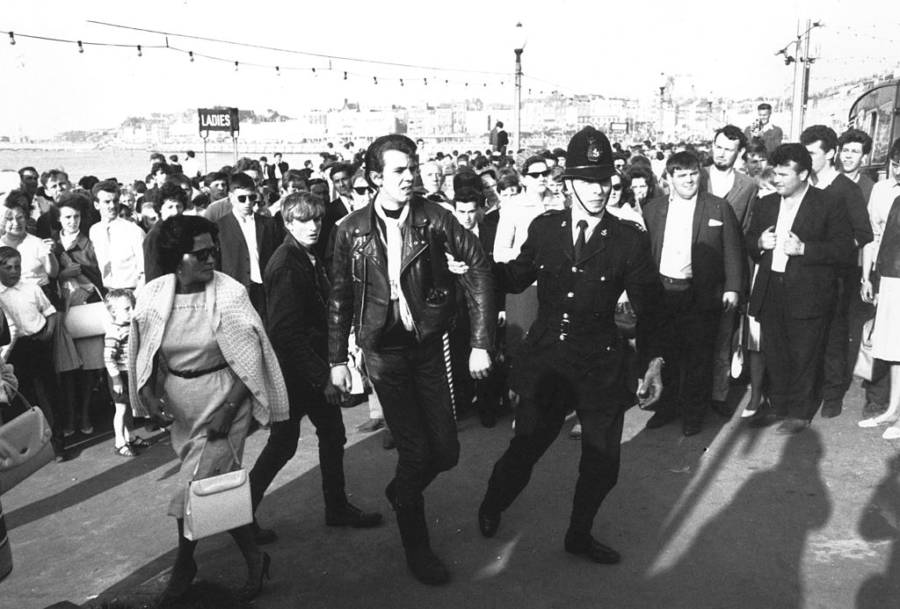 The clashed of mods and rockers in the UK is an integral part of Rock music history. Oldpics published a noteworthy picture of the famous beach fight between mods in rockers in 1964. Here’s why we decided to dig dipper and publish some more excellent photos of this music and cultural phenomenon.

So, we’re talking about the so-called generation of Baby boomers who just experienced their teenage rebellion. Those post-war kids bothered about their freedom and chance to change the world much more then their parents did.

The rock music popularity gained its strengths, and the youth split onto two primary social groups: mods and rockers. The mods were the sons of the style. They preferred R’n’B, and sophisticated psychedelic rock wore skinny ties and suits. Mods liked fancy scooters too and enhanced them the way that only Xibit could do. The rockers were the tough guys; leather jackets, greased hair, and heavy motorcycles.

The Easter war of Mods and Rockers

On Easter weekend in 1964, the small clashes turned into a massive stand-off. The hottest battles emerged at the beaches of Brighton and Margate. Hundreds of teenagers crowded the resort areas for a reckless fight.

Social researcher Stanley Cohen will call it a moral panic later. The confrontation was ignited by media and officials, who forecast the clashes all around the UK. It seems like everyone who read the newspapers during those days had a feeling that the war between mods and rockers is inevitable. The sociologist believes that many of the fights could never happen if the media didn’t spread the youth’s anxiety.

Let’s cite the words of the 18-year-old John Braden: “Yes, I am a Mod, and I was at Margate. I’m not ashamed of it − I wasn’t the only one. I joined a few of the fights. It was a laugh. I haven’t enjoyed myself so much for a long time. It was great − the beach was like a battlefield. It was like we were taking over the country. You want to hit back at all the old geezers who try to tell us what to do. We want to show them we’re not going to take it.” 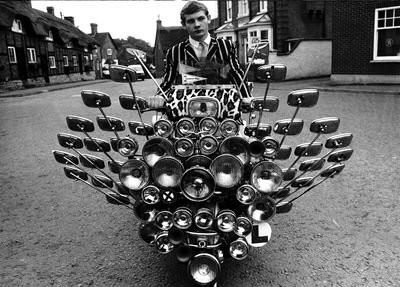 This mod geared his scooter in a special way! 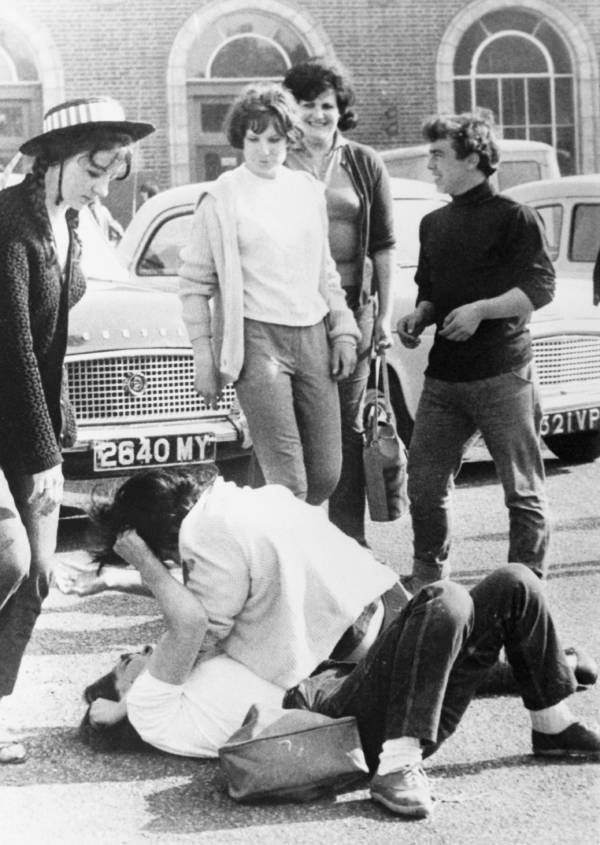 These young ladies represent Mods and Rockers camps. And it wasn’t a catfight in any sense. 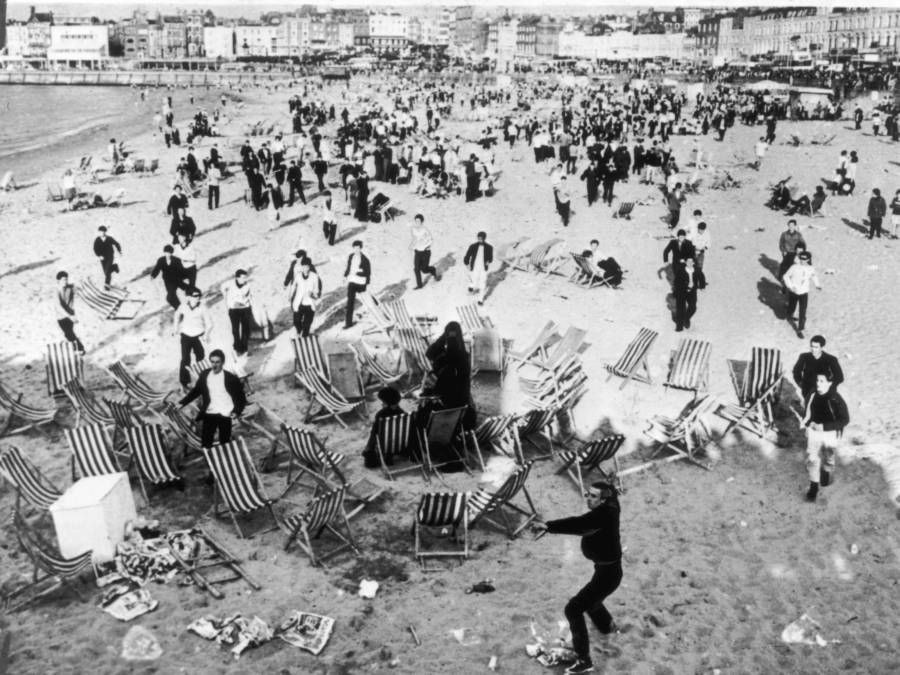 The famous brawl at the Brighton beach. The mods were victorious on that day. 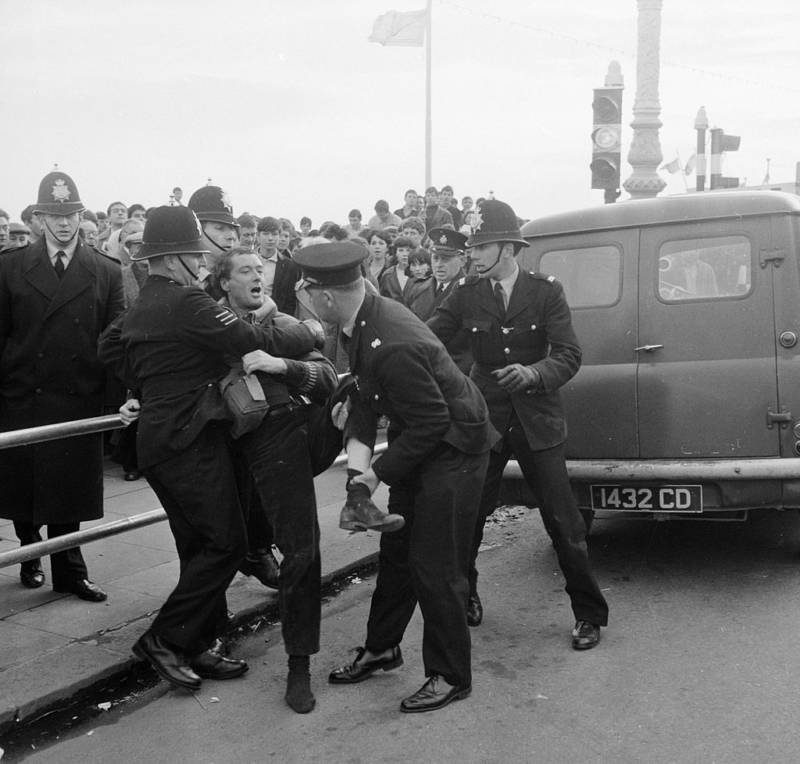 Police tried to split mods and rockers so that they stopped fighting. In some cases, the most aggressive individuals (in this photo it’s rocker) were forced to quit the ramble. 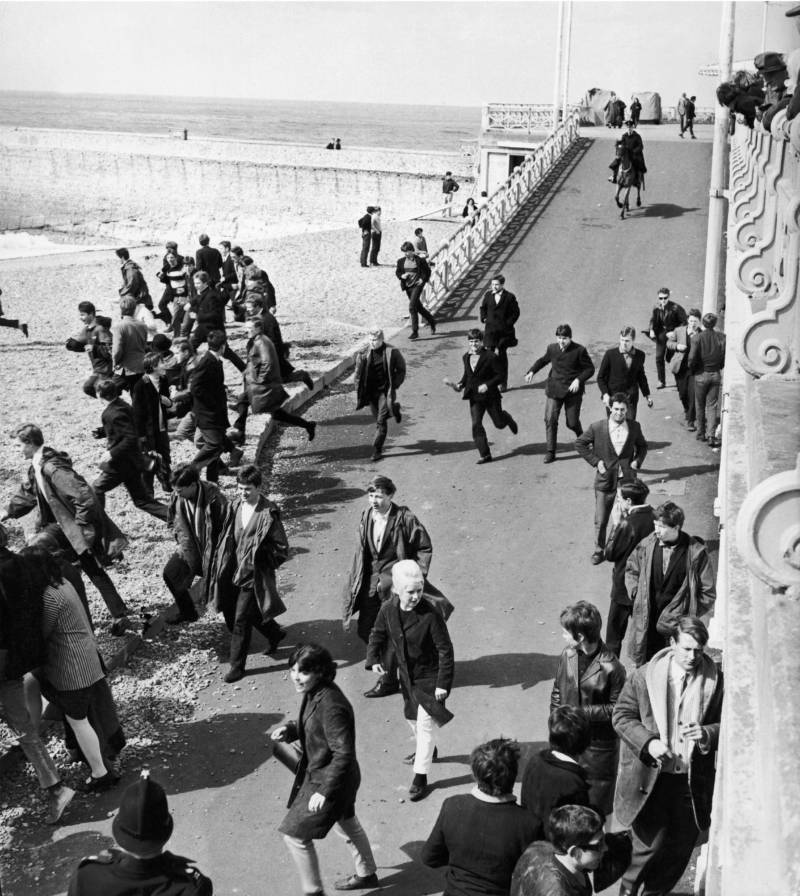 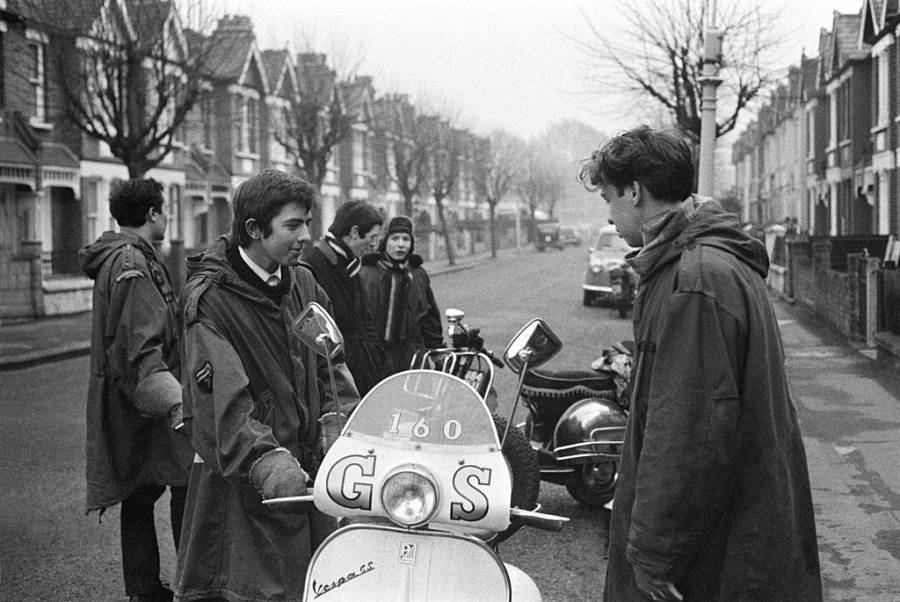 Ungraded scooters were a special thing for mods. 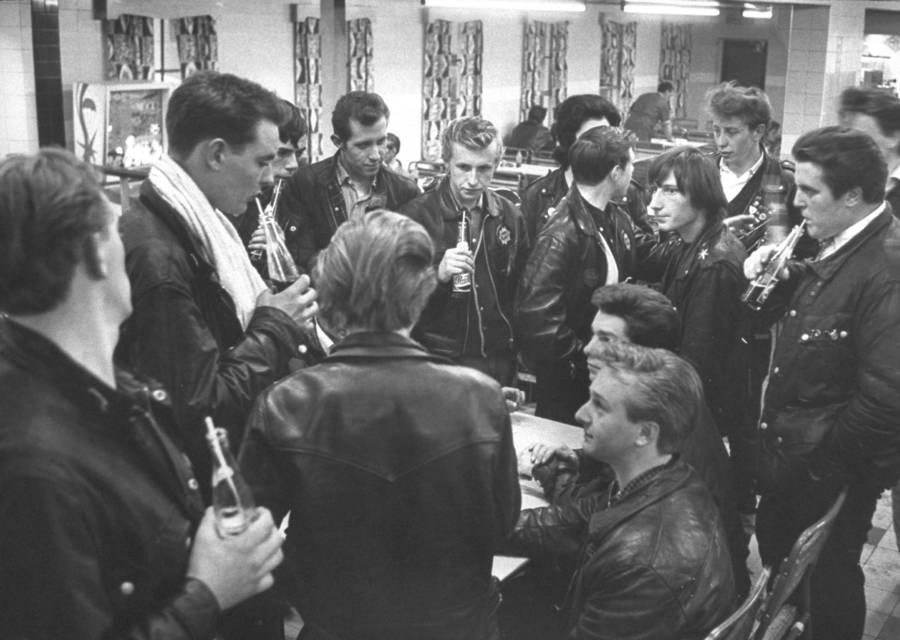 Rockers enjoy a soda at a roadside cafe. 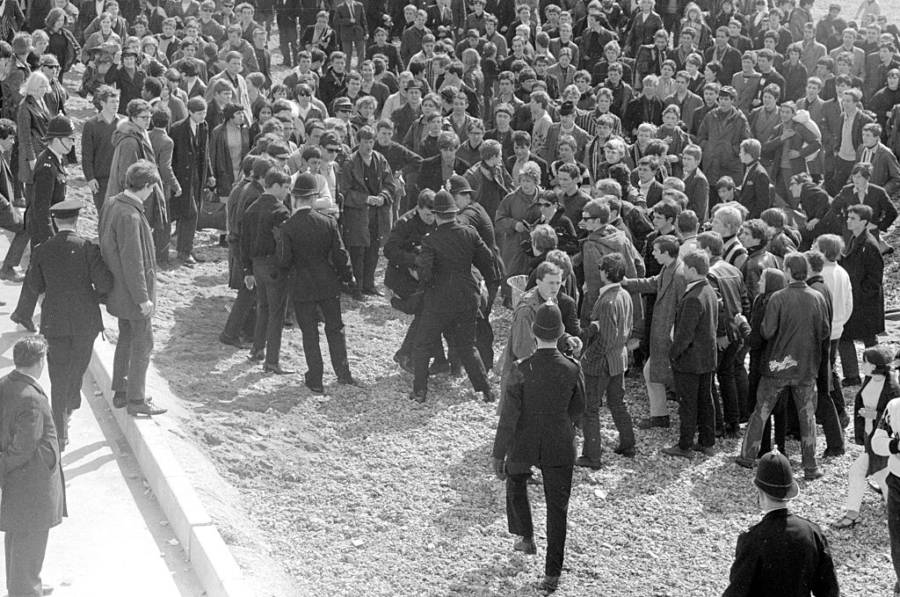 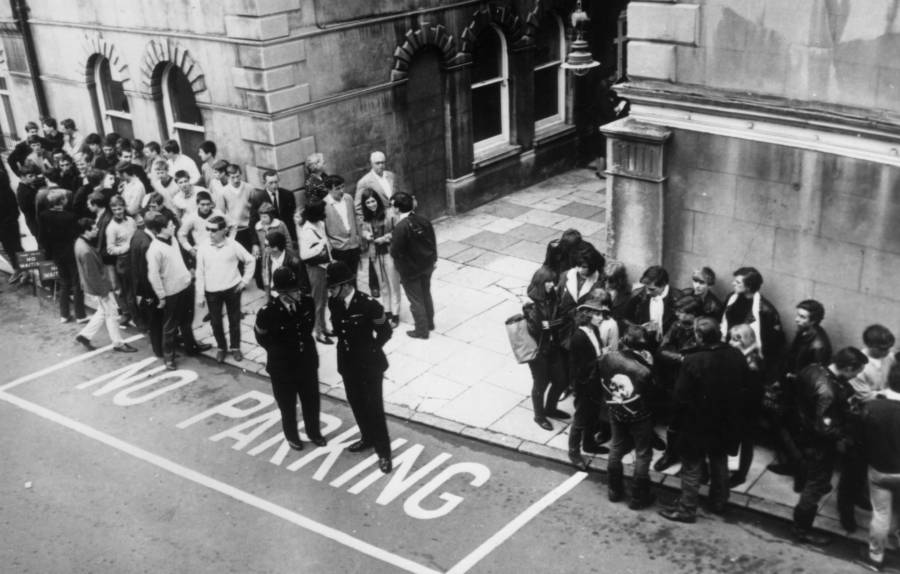 The most aggressive mods and rockers could spend a few days under arrest. 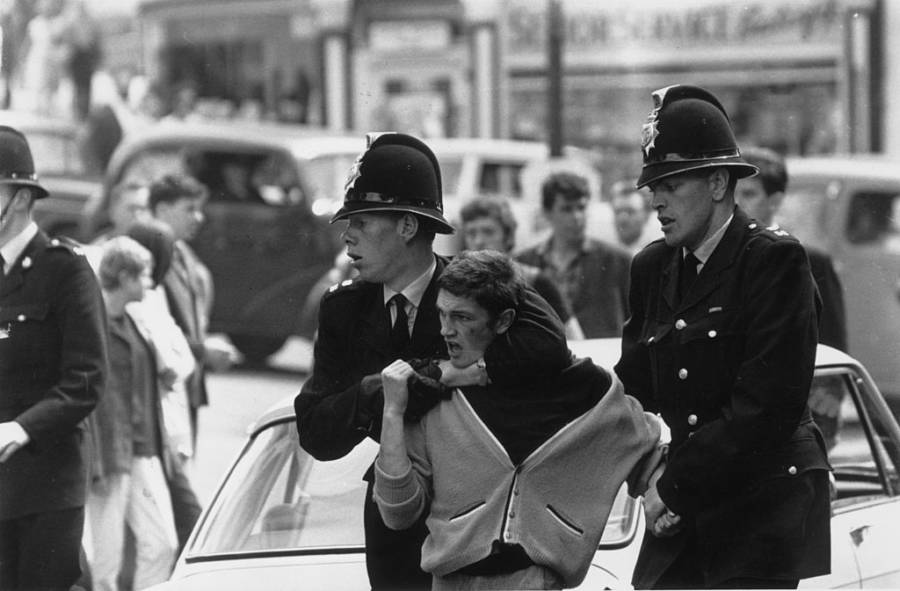 This bruised and beaten mod wants back to the fight. Mods on scooters ride down the streets of England. The brawls had limited time. It seems like there were no mass fights after the daily sessions. There’s no land for an old man when rockers and mods brawl. 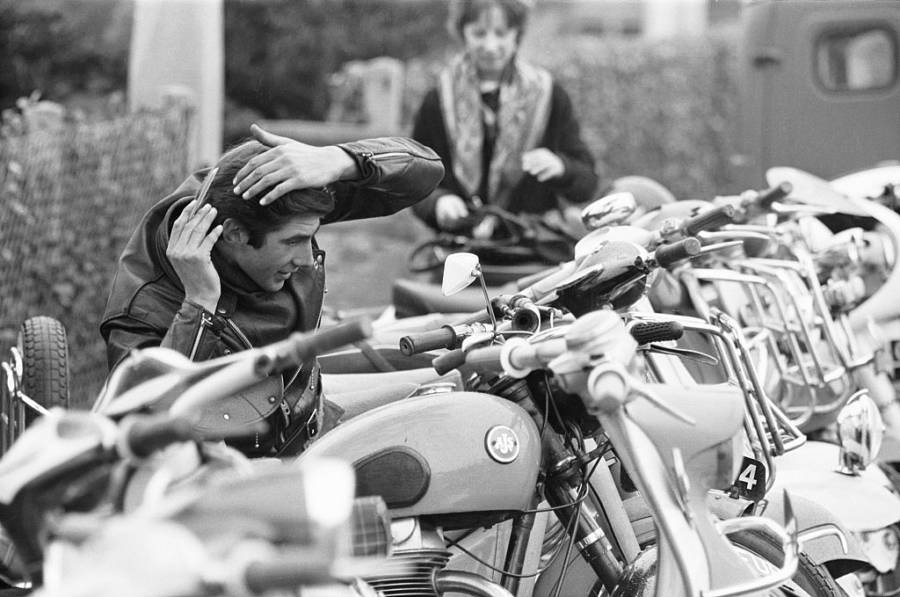 A risky move: this rocker uses the mirror on a mod’s scooter to brush his hair. The best illustration of how different bike outlook could be. A rocker and his girlfriend pose for a Life Magazine photographer, leaning against their bike. This mod will spend several days under arrest. A short break between the fights. Police officers pulling the most aggressive mod out of the fight. A mod and a rocker come to blows in the middle of the street. A mod party on the scooter! A group of rockers relaxes on a bench. Mods could retreat the battle too. This bike is a fancy one! A crowd swarms to join a massive fist-fight on the beach.

By Andrew Piper
3 Mins read
THE LAST YEARS of Ernest Hemingway and his tragic death have left many questions and secrets. Even today, it is not completely…
Subscribe
0 Comments
Inline Feedbacks
View all comments
×
Stories