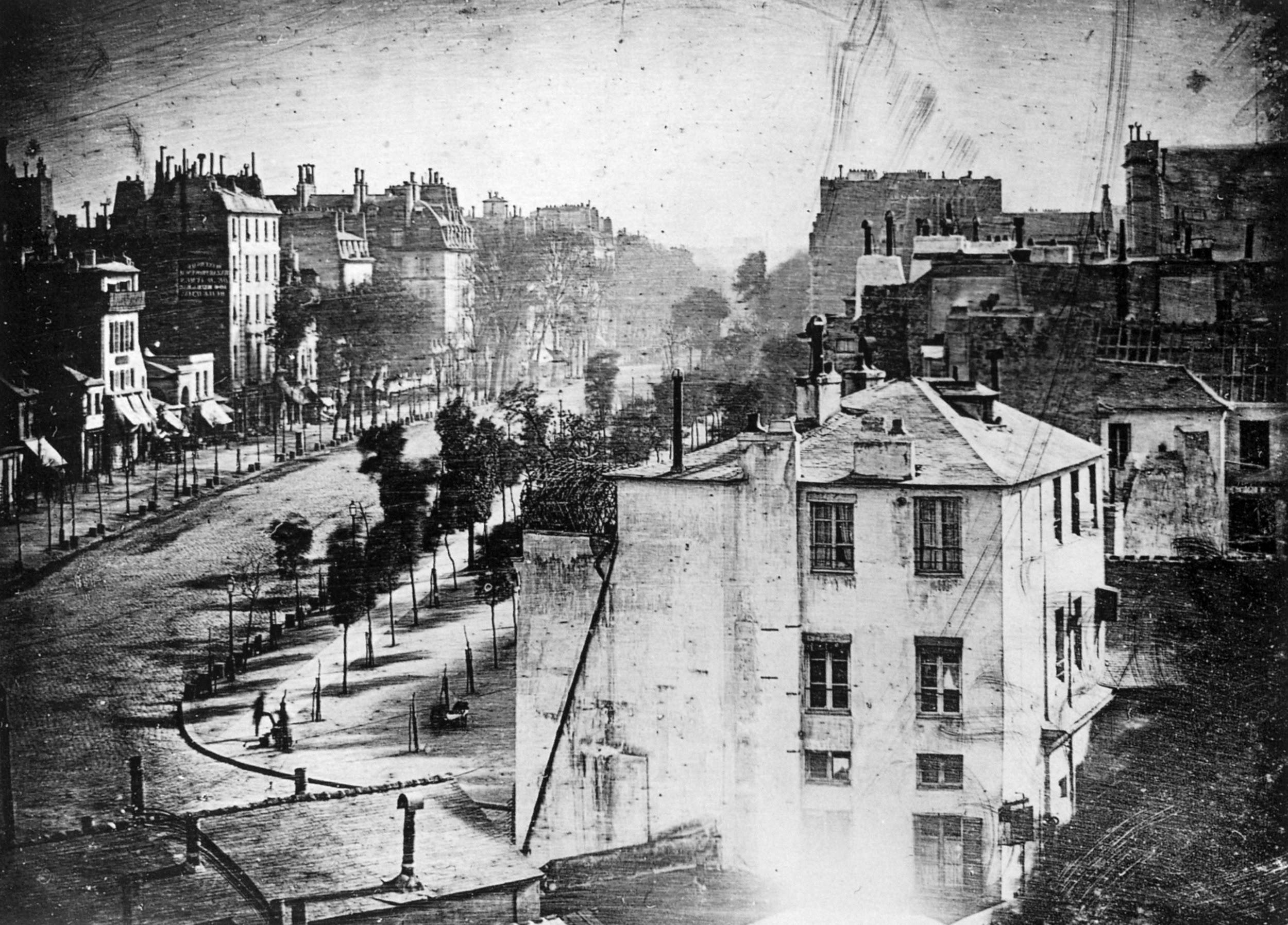 Try to find human on this daguerreotype.

Boulevard du Temple, Paris, 8 in the morning. This photo was made in 1838 and it`s for now the first known photo of human. It is a daguerreotype – an image recorder on a sheet of copper, coated with silver and developed by mercury fumes. It was made by an inventor Louis-Jacques-Mandé Daguerre (by whom daguerreotypes actually are named). Why morning street of Paris is so empty in these morning hour? To make this photo Daguerre would have to use an exposure for 10-15 minutes. But if you look on bottom left you’ll see a customer having his shoes polished by a bootblack.

By Andrew Piper
4 Mins read
The frivolous nightlife of Paris of the 1950s (and other decades) always attracted brilliant photographers. Frank Horvat was one of them. In…
ArtCitiesStories

By Anna Ramirez
2 Mins read
It looks like Emile Zola knew how to hold in his hands, not only a pen but also a camera. Also, we…
Photo of a day

By Andrew Piper
1 Mins read
Gigantic French telescope is a noteworthy gem among other Oldpics vintage photos, taking to account how old it is. So, it’s the…
Subscribe
0 Comments
Inline Feedbacks
View all comments