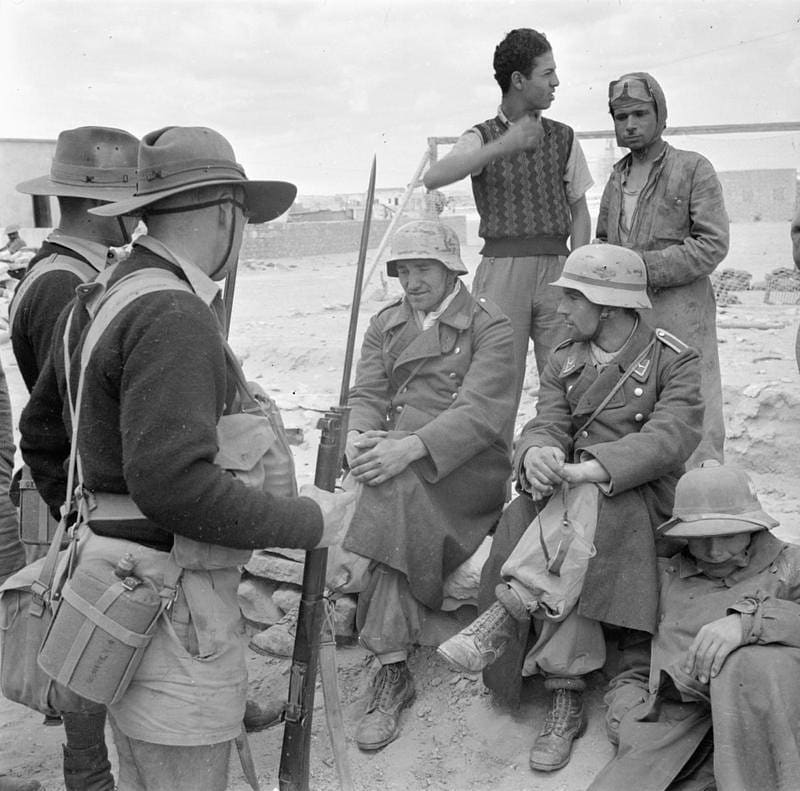 Men of the Australian 9th Infantry Division guard Italians and some of the first German prisoners to be taken during the war in North Africa, after Rommel’s first unsuccessful assault on Tobruk in 1941

The allied forces in the Northern Africa outnumbered the armies under Rommel’s command. And nonetheless, german authority tried to leverage the high battle morale in Axis forces of 1941, and attack the opposing forces everywhere. The numerous assaults ended up with defeated and imprisonment.

The major part of german troops in Africa consisted of Italians. There is little doubt that the fighting quality of the Italian army was inferior to the German army. But like in France, it was hardly the average soldier’s fault. Mussolini had dragged the country into a war it was not ready for, and it showed. The Italian army was equipped with obsolete and poorly designed equipment such as the L3 tankette and the Carcano rifle.

Then there is the issue of the Italian industry. Italy had a relatively small industrial base, with a strong peasant base. At one point in 1942, Italian divisions were at a deficit of 15,000 artillery guns, while Italian factories could only produce about 8 percent of that number in a year.

The Italian history in WW2 ended up when allied forces intervened it 1943. Mussolini quickly lost his power, and Italy managed to exit the war with much lesser damages than their allies.