The opening of the Golden Gate Bridge 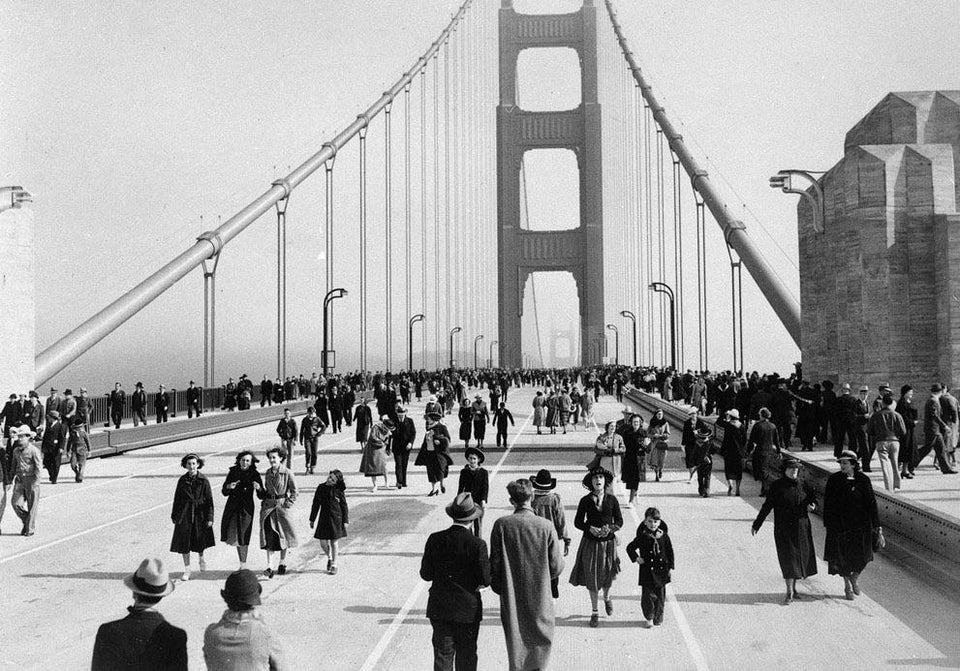 The people of San Francisco enjoyed the Golden Gate Bridge right since its opening, dated May 27, 1937. This day finalized a long construction campaign that lasted almost 13 years, drained city and donor’s budgets, and cost around $33.7 million. The incredible design and scale of the bridge turned it into the new visual symbol of the city.

The celebration began lasted for one week, and on the very first day, only pedestrian traffic was allowed. The Golden Gate Bridge opening was such a massive event for city dwellers, so it attracted almost 200,000 people that crossed the channel by foot or rollers.

Mayor Angelo Rossi led the opening ceremony; city council members rode the ferry to Marin. The chief engineer of the Golden Gate Bridge Joseph Strauss also participated and declared his poem ‘A Mighty task is done.’ The new bridge was marked with its official song, “There’s a Silver Moon on the Golden Gate.”

On May 28, President Franklin D. Roosevelt pushed a ceremonial button in Washington, D.C. and vehicle streamed through the Golden Gate Bridge.