Germany, 1923. Hyperinflation. Kids are playing with money packs because toy blocks are too expensive 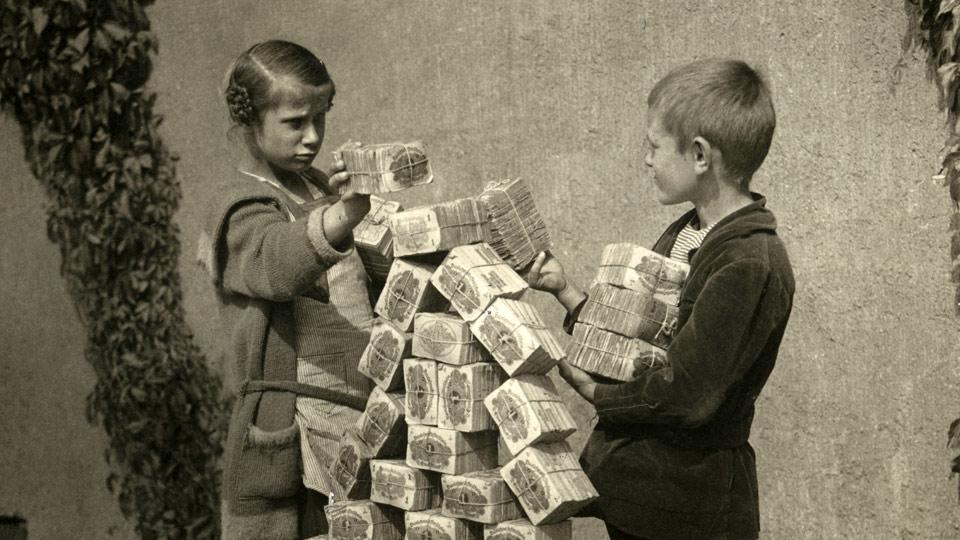 Why Germany was so poor after WWI

WWI ended on November 11, 1918, with the capitulation of Germany and its allies. The Versailles Peace Treaty of 1919 consolidated its declassified status: demilitarization, territorial concessions, loss of colonies and foreign investments, reparations. WWI battles didn’t touch Germany’s territory, and aviation at that time could not yet cause any serious destruction. However, Germany was severely exhausted by the war. The monarchy was crushed, and the fragile republic faced enormous economic and political difficulties. Politicians tried to relieve international obligations many times during the numerous summits and negotiations but failed.

The government used direct monetary emission, loading the Reichsbank (central bank) with its obligations. By the end of the war, the money supply exceeded the pre-war numbers by 5 times. 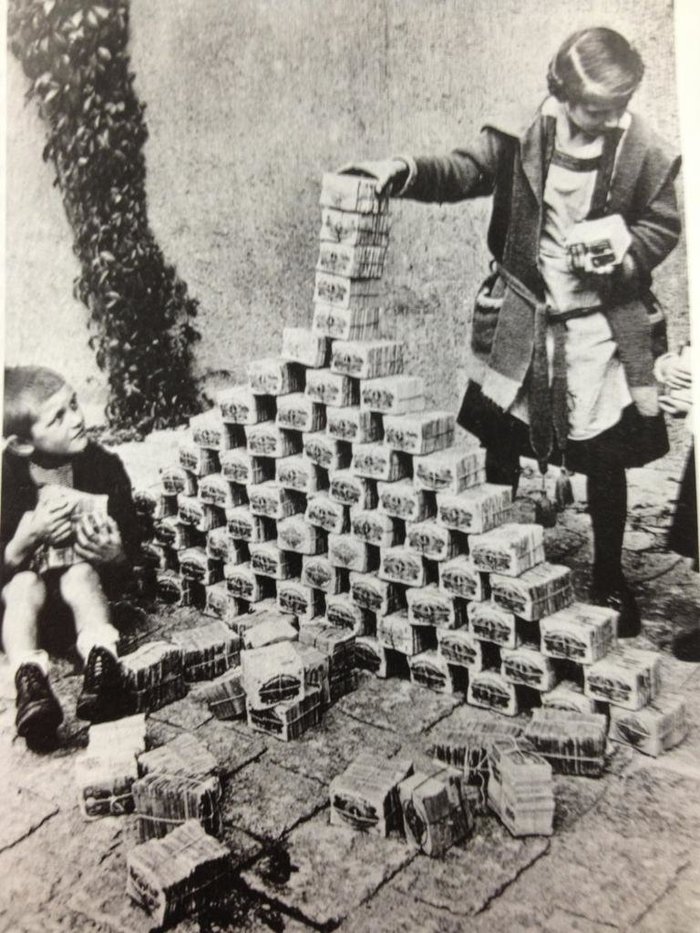 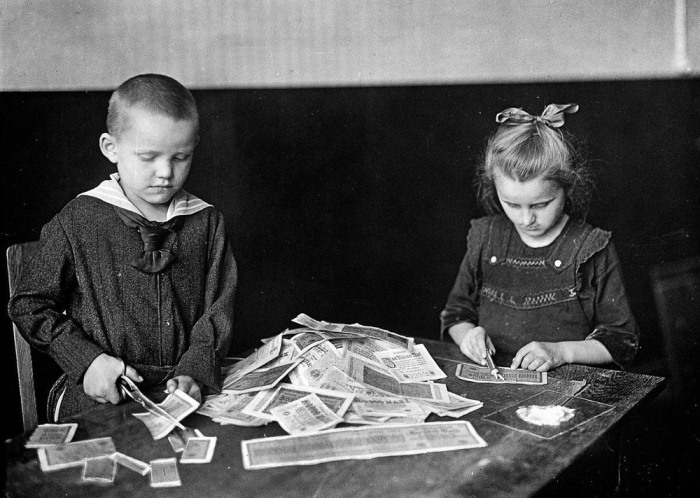 The inflationary agony began in the summer of 1923. In the four months before the end of November, the money supply increased 132,000 times, the price level increased 854,000 times, and the dollar exchange rate almost 400,000 times. The history of paper money did not know of such magnitude of depreciation; only inflation in Soviet Russia had a similar scale. 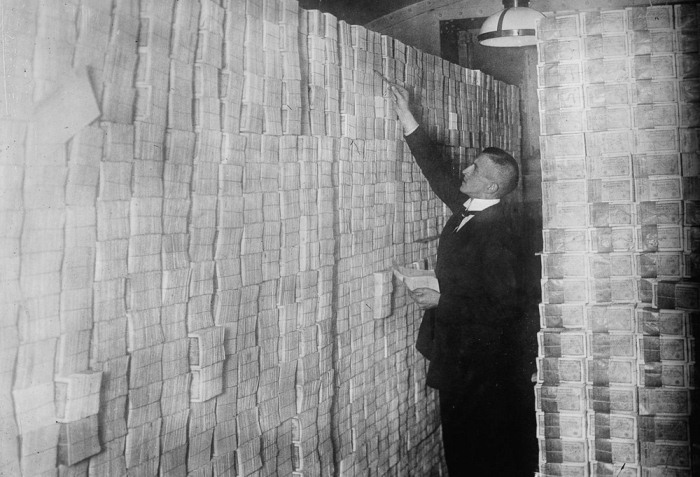 How could kids play with money blocks?

Reichsbank banknotes in circulation by mid-November hit  500 quintillions. Every month, the government printed more and more banknotes. The most “expensive” in the end was the 100 trillion mark. True, it has “100 billion” printed on it. In fact, this banknote costs less than $25. The blocks of the ‘millions’ banknotes became useless.

This kind of banknotes caused hyperinflation in Germany. 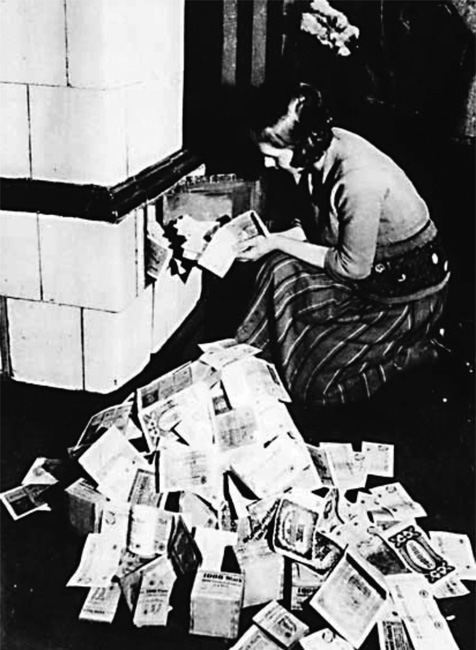 Yes, banknotes could be used at the fireplace.

By Anna Ramirez
5 Mins read
The special value of these 1920s pictures is that they are real color shots, not colorized. The photographers of the National Geographic…
Photo of a day