History of Coca-cola, the most popular american non-alcoholic beverage, can be seen in old ads. Invented in 1886 by John Pemberton, an Atlanta pharmacist, it`s been more than 130 years with several generations of Americans and spread through the world. Enjoy…! 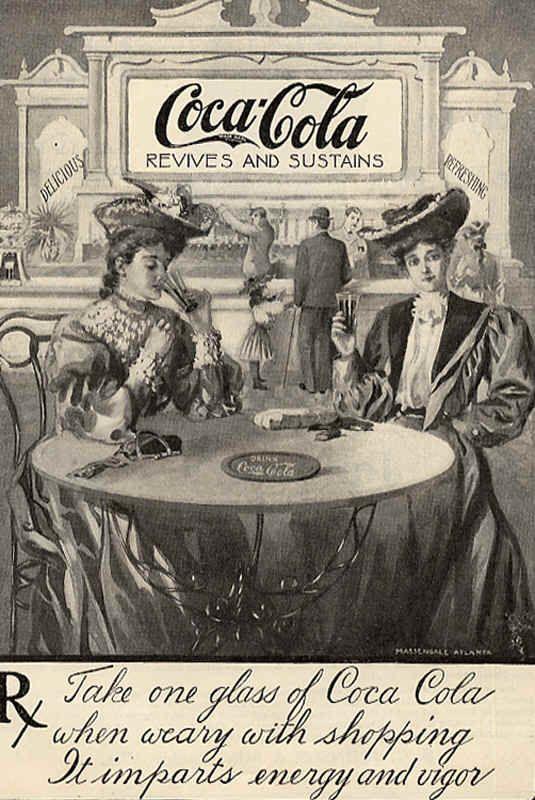 In 1889 Coca-Cola was sold in the form of syrups to which carbonated water was added before serving.