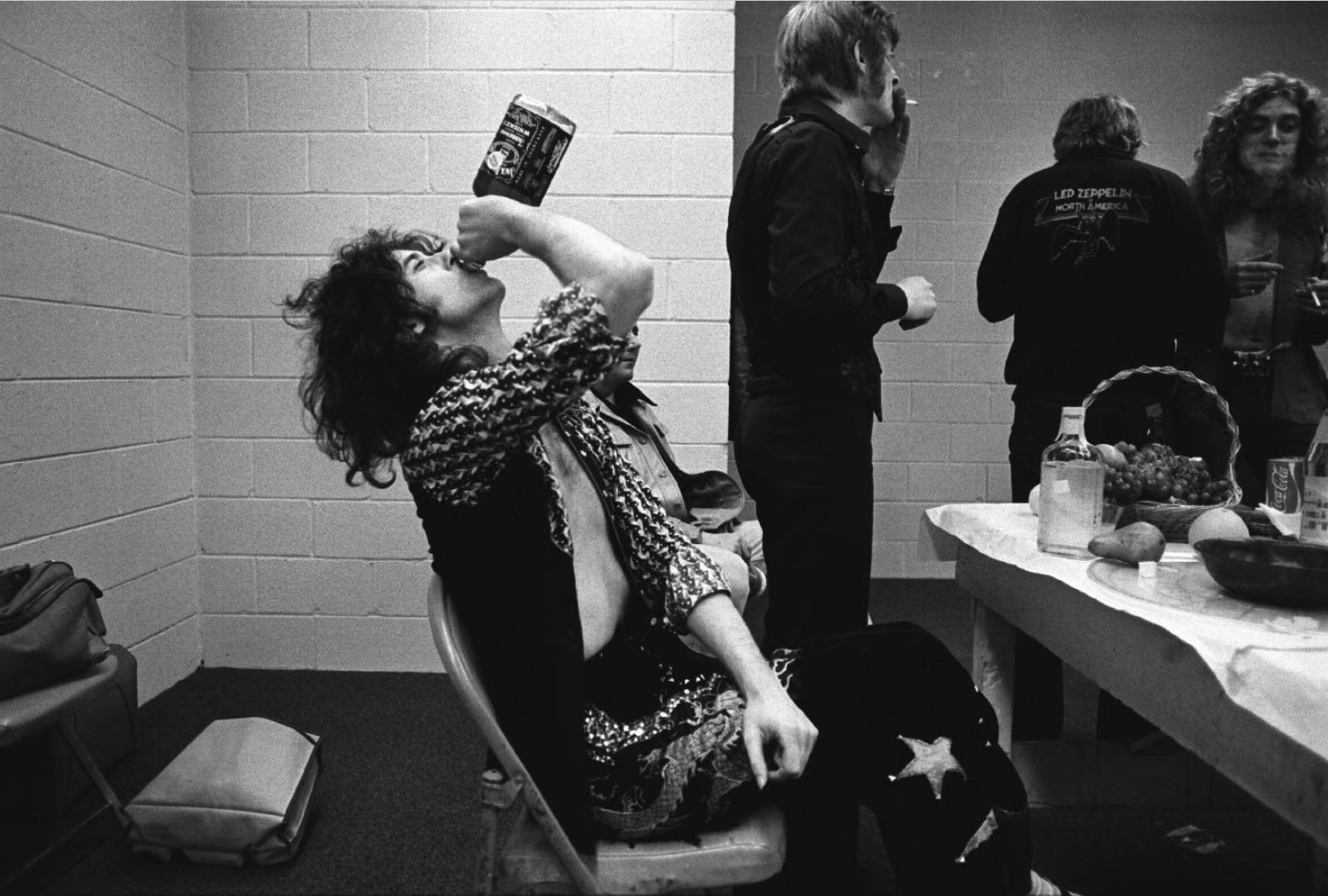 Jimmy Page said once that rock’n’roll music and whiskey are inseparable. And it really was so for a musician, and the whole Led Zeppelin band, in during their glorious 1975 US tour. The huge tour success was pictured by the Rolling Stone magazine that called this period“ A Year of Led Zeppelin”.

That’s a real story of the rock music of the mid-70s. Jimmy page is drinking whiskey, someone near the taper can be heard saying “this is gonna be so good” just before Rock and Roll crashes into motion. Plant has completely lost his voice. Unable to sing a single note, he literally growls his way through the opening numbers. A cut during “The Song Remains the Same” leaves us at the end of the first verse of “The Rain Song.” The song is plagued by feedback problems. Following “Kashmir,” Plant tells the crowd “we’re havin’ a little bit of trouble here with the monitor system… I think there’s some crushed window pane stuck in the speaker.” He improvises an entirely new melody during the final performance of “The Wanton Song” to accommodate his painfully weak voice.

Jones is introduced as “the man in constant darkness” before “No Quarter.” A few slight cuts detract from an otherwise fantastic instrumental section. Unfortunately, Page’s guitar solo is cut near the end. Little more than the intro and outro of “Moby Dick” survives. “How Many More Times” is introduced as “a very, very, very, very old one.” Unfortunately, a cut in the tape during the lead-in to the bow solo leaves us at the final “gun!”, skipping the majority of the song. Page’s intro to “Stairway to Heaven” is missing from the tape. His fingers get a bit sticky during the guitar solo. As the band returns to the stage, Plant tells the crowd “we’re gonna try and go out with a bit of style.” Page shreds through an extended guitar solo during the show-closing “Black Dog.”

Images can exist on their own. But sometimes you need to combine multiple images into one PDF file and save or share it. For example, you can take pictures of a whiteboard in class and use one of the tools below to convert those multiple images into one PDF file. PDF files are common and you can use them on any platform. This is why knowing how to quickly convert JPEG or PNG images to PDF can come in handy. Let’s take a look at some of the easiest ways to create a PDF file from multiple images.

Good skincare is about so much more than products and about what happens on the surface. It goes deeper than that. The right skincare allows you to strengthen your self-esteem, gain more self-confidence and fundamentally improve your quality of life. But the road to it can be long and winding with a feeling that you have tried everything without getting the desired results out of it. A feeling that it only works for the others.