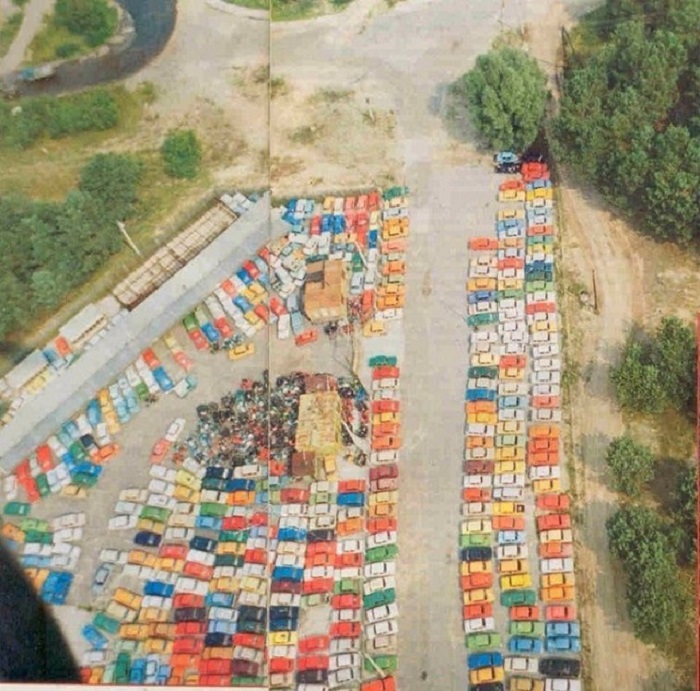 These cars were left after the Chernobyl disaster because of the radiation that kept in metal and paint. According to scientific reports, these cars could stay dangerously radioactive for more than 50 years after the tragic events on the atomic station.

Tons of vehicles were abandoned in the Chernobyl area after the Soviet Union finished the liquidation of the consequences of the disaster. Cars, army. helicopters, excavators and bulldozers – everything was keeping hazard. It was reported that people got radioactive burns just after standing close to the metal leftovers of vehicles for an hour or two.

Sadly, but the abandoned area still attracts a lot of outlaws who collect the rare metal from what was left after the Chernobyl disaster in order to sell it on the black market.