A street traffic police with a torch, London, 1935 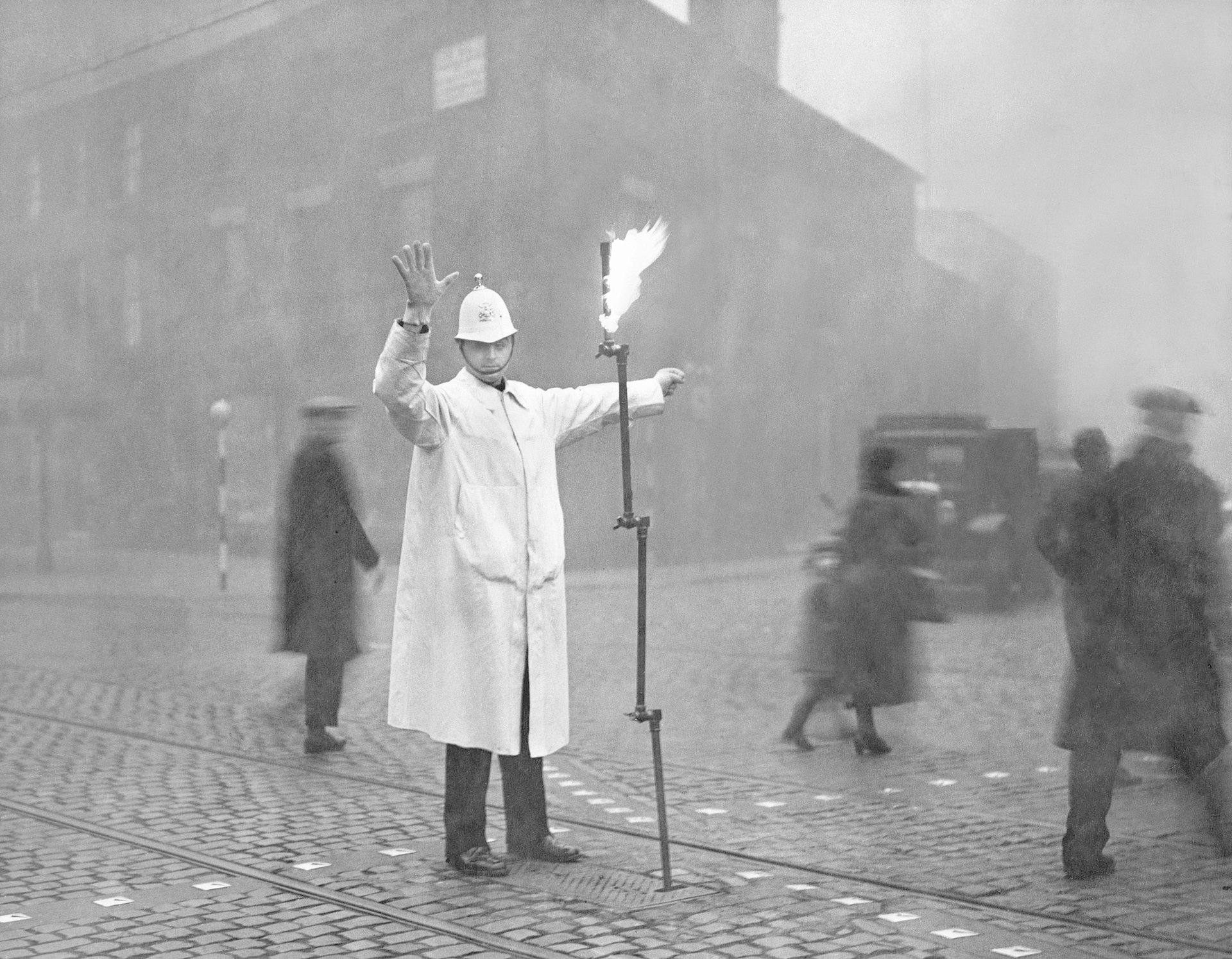 The New York Times published this photo of the street traffic controller from London on October 23, 1935. Do you want to know what so special with this image? Why respected publication put featured a photo of respected traffic professional with a torch?

A bit of history

The first traffic light was deployed in London in 1930, at the intersection of Fleet Street. It was a primitive signal installation of three lights: red, yellow, and green. But not every intersection could count on such a technological luxury. Here’s why traffic police controlled the streets of London for many years more.

The traffic controller wore a white uniform for safety reasons. You should differ from the gray London landscape. This form was particularly relevant in the autumn and winter months when the brand heavy fog shrowds London.

A traffic torch in the fog

But the white cloth is not enough when you manage traffic in the heart of the capital of Great Britain. Here’s why you have to use a torch. These hand-made lanterns were stationary and connected to a gas pipeline. The traffic controller opened the hatch, laid out the light, and could easily direct the movement under its protection. It’s hard not to notice a bright flame, even in the thickest fog.

This torch was in the focus of the publication in the New York Times.

The caption for the image said, “This device can be folded and hidden in a metal box recessed into the pavement.” We assume that traffic police in New York didn’t have such “traffic lights.”