The last spike photo of the Canadian Pacific Railway, November 7, 1885 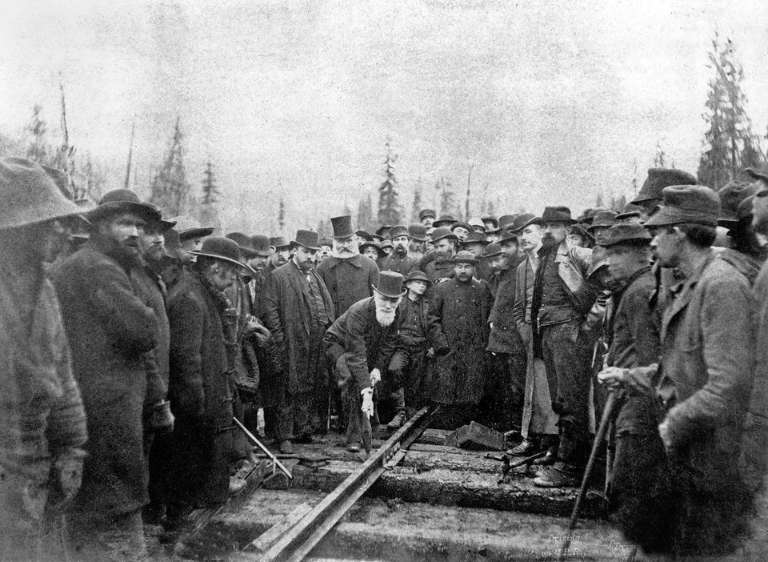 The historical picture of the Last Spike, Canadian Pacific Railway

This railway project passed through the long story of financial crises, workers strikes, and natural disasters. It had become a national symbol of unity of the people of Canada by the time the Canadian Pacific Railway was completed.

Engineers of CPR had decided to move its last western station from Port Moody to Granville, which was renamed “Vancouver” later that year. That was a bit of historical luck for this town, making it a perspective settlement of the Pacific shore. It took three months for the first official train to arrive in Vancouver on 23 May 1887. The CPR quickly became profitable, and all loans from the Federal government were repaid years ahead of time. 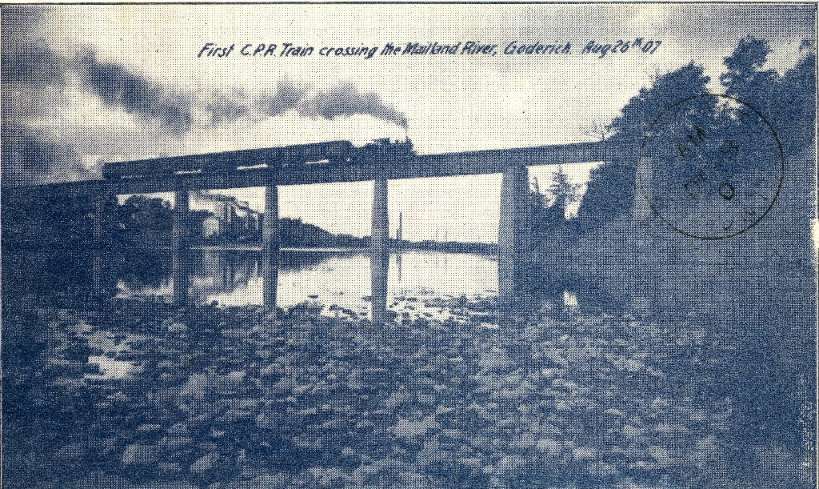 This railway led to almost nowhere at the beginning, and many experts doubted the usefulness of the transportation arteria in the wilderness. But Donald Smith believed that colonization of the Canadian West had tremendous potential, and thus invested his funds and requested 25 million acres (100,000 km2) from the government in order to complete this project.

The CPR led to migration waves streaming to the West, stimulated by the railway office itself. Their agents were promoting an idea of settlement in central and western parts of Canada overseas, and particularly in Eastern Europe. The land was relatively cheap ($2.50 per acre) and immigrants were often sold a package that transportation to the final destination point. To transport immigrants, Canadian Pacific developed a fleet of over a thousand Colonist cars, low-budget sleeper cars designed to transport immigrant families from eastern Canadian seaports to the West. 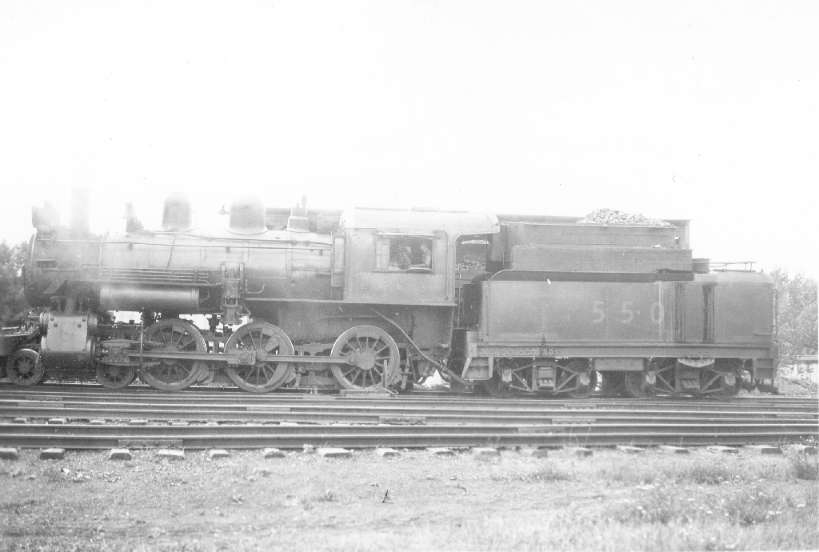 The first locomotives for the CPR were constructed in Germany. 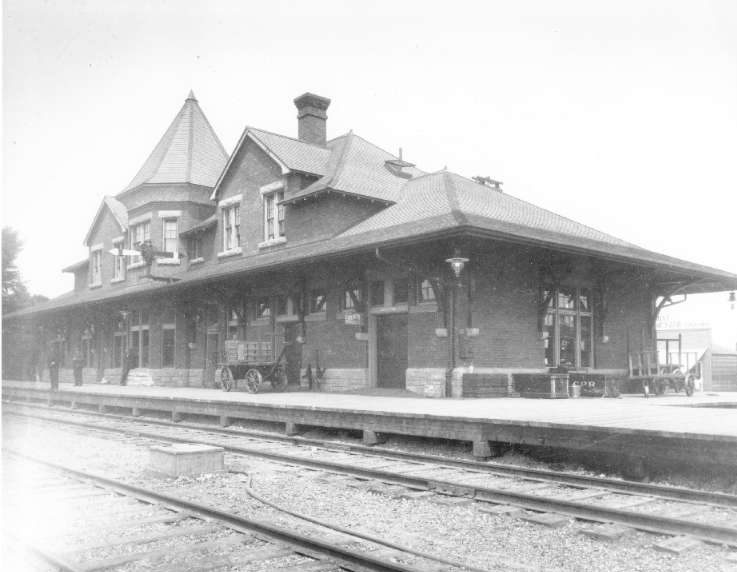 A typical train station of the Canadian Pacific Railway, 1894 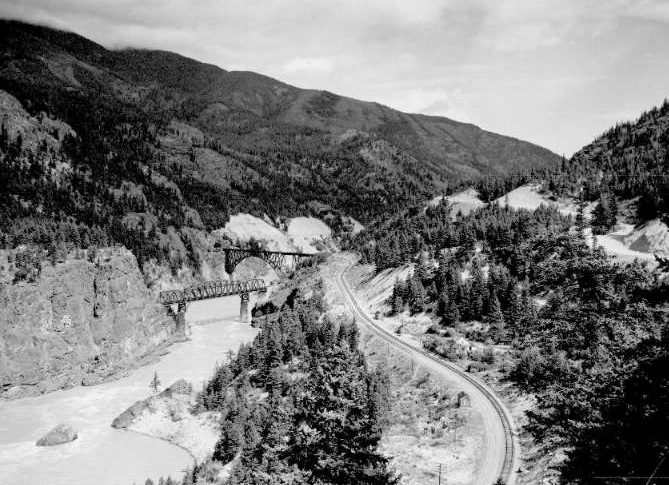 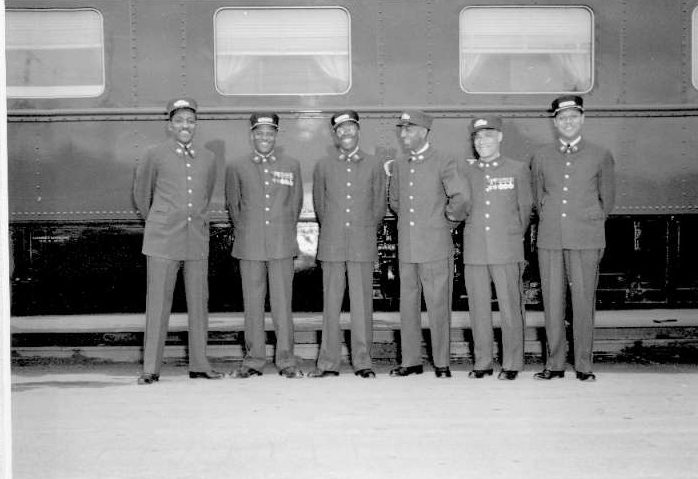 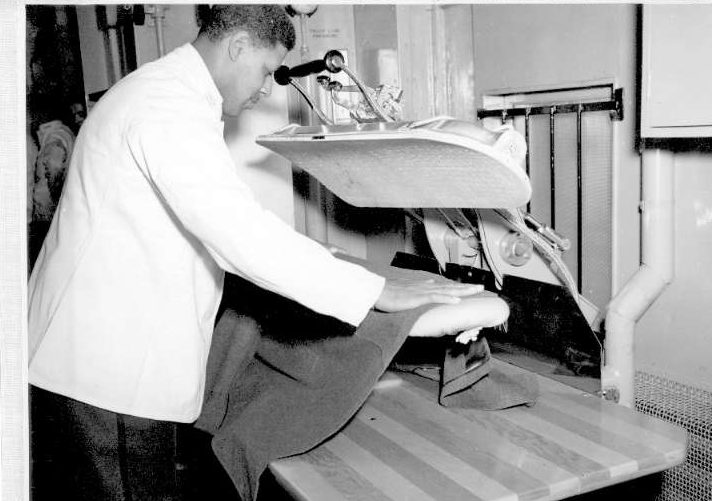 The cars in the Royal Train were equipped with many fancy things, including the cloth presser

By Anna Ramirez
2 Mins read
While many people think of women samurai as a legend, they did exist. Japanese called female warriors as onna-bugeisha.  Empress Jingu was…
ArtCities

By Andrew Piper
3 Mins read
Fred Herzog started taking pictures of Vancouver in the late 1950s when he moved to the city. He defined a key to…
Subscribe
0 Comments
Inline Feedbacks
View all comments