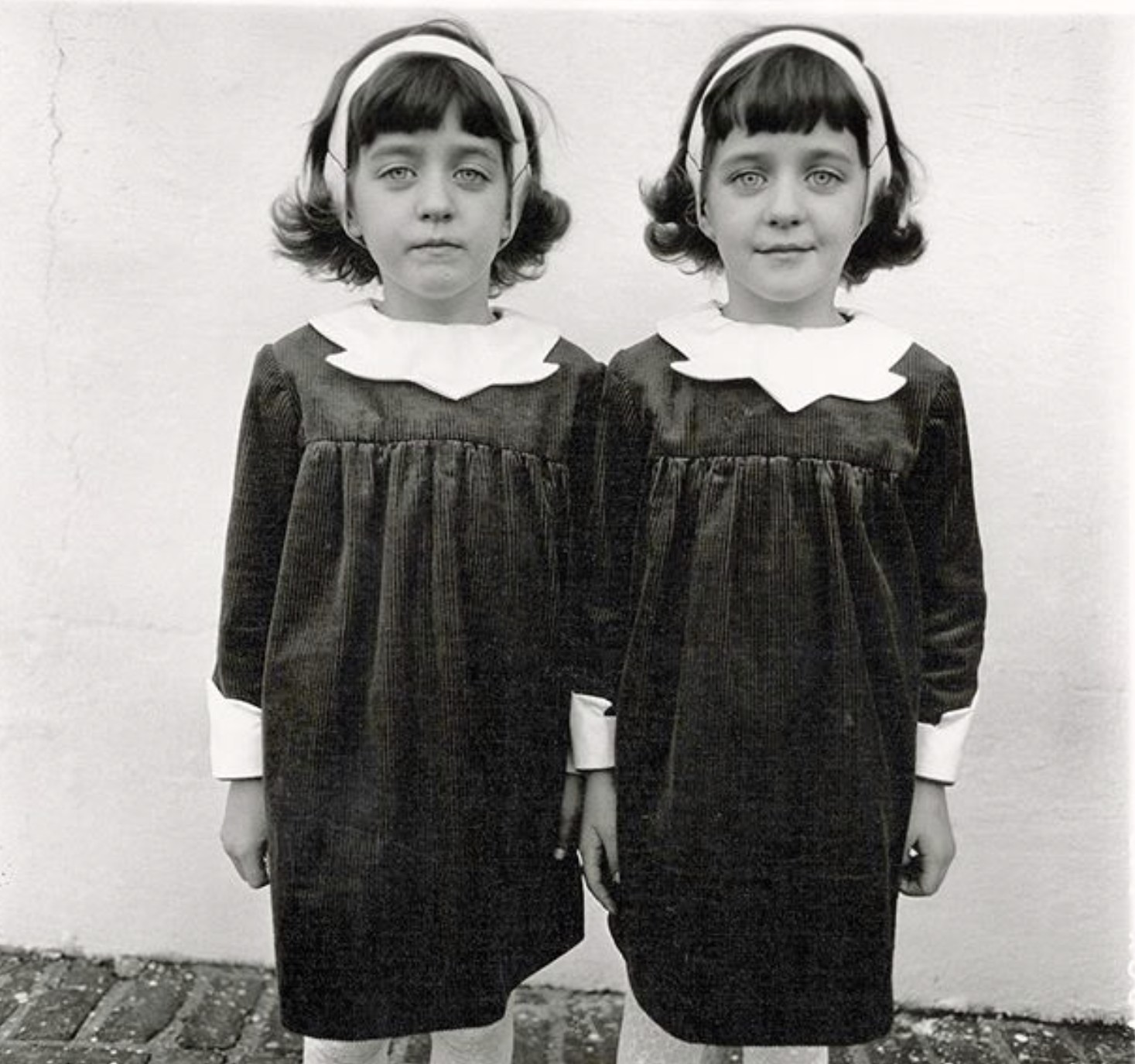 Photos by Diane Arbus were known for their creepy atmosphere, and the Identical Twins are not the exception. Even family portraits are not usual. Her talent was in her ability to depict ordinary people in a non-ordinary manner, while pictures of persons with some remarkable features appeared very organic. Needless to say that many outstanding photographers admired the talent of Diana Arbus, and Eugene Smith and  George Mapplethorpe were ones among those.

For her famous photos, she used mostly a twin-lens reflex Rolleiflex camera, which creates pictures in a 1×1 format. The specificity of this format added style for Arbus’ photos. She often took pictures of pairs and couples, and one of the most famous is the Identical Twins.

Before taking the photo, Arbus usually spoke with her models, tried to know their life story to create more intimacy in her photos.

7-year old sisters Cathleen and Colleen Wade that day were wearing the same dark-green dresses (dark on the photo) and headpieces, but their white tights were of different patterns.

Being identical twins, girls have some differences, and the more you stare on the photo, the more noticeable these differences are. And they are not about the expression or posture. The father of the girls commented on the picture as “the worst likeness of the twins we’d ever seen.”

The girls both wear the same haircut, look straight in the camera, but they express different emotions. At first glance, the photo seems “normal” and “ordinary,” but the aura, created by the smiling face of one girl and the bored look of her sister, can be described as haunting. Stanley Kubrick cited this effect in his thriller The Shining (1980).

Also, it was recreated by Sandro Miller but with John Malkovich’s’ face instead of the original.

Diana Arbus gathered her most personal photos collection, A Box of Ten Photographs, and this one was there.