Serbia in WW1: photos and facts 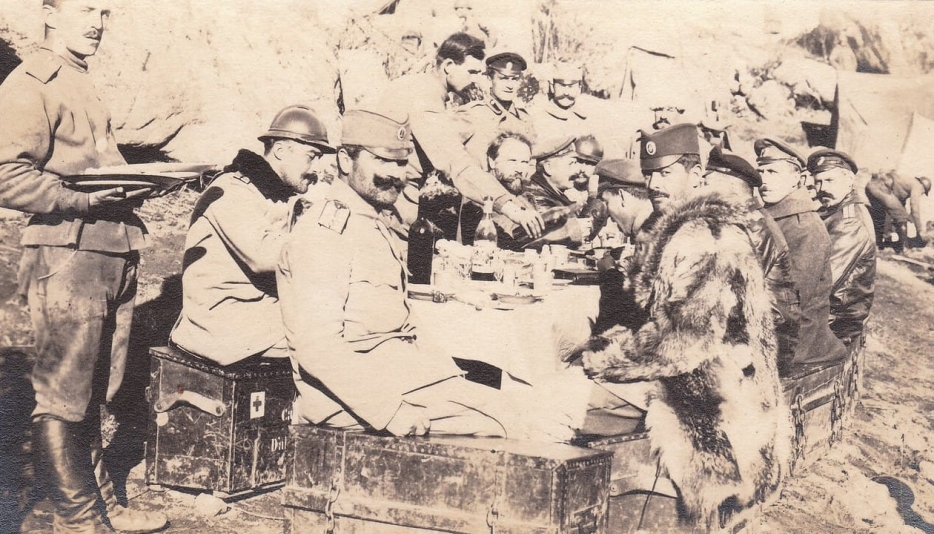 Serbian and Russian officers are having breakfast on the front, 1916.

WW1 is a significant chapter in the History of Serbia. This young Slavic state was in the middle of historical events from the first days of the war. WW1 started when the Austro-Hungarian Empire declared war on Serbia. It happened right after 19-year old Serbin Gavrila Princip triggered the action: assassinated Franz Ferdinand, the prince of Austria. The young revolutionary couldn’t even imagine what kind of historical tornado he called in his home country. Serbia desperately fought till the last day of WW1, losing at least a quarter of its population dead or lost. 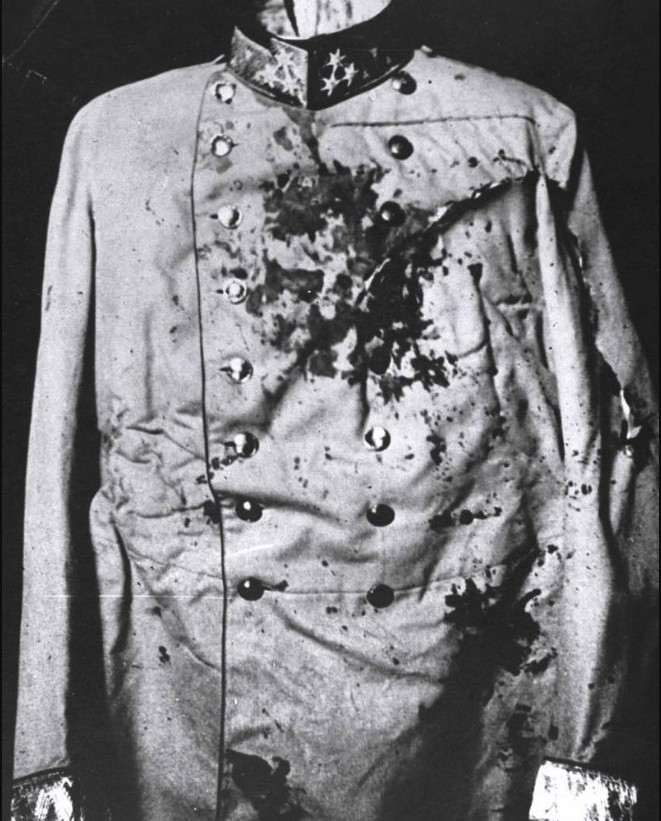 The uniform of Archduke Franz Ferdinand from 1914, whose assassination triggered the outbreak of World War I

Serbia covered a long way to its independence from the Osman Empire. Serbians initiated three uprisings against the Muslim rulers at the begging of the 19th century. As a result, the sultan recognized Milos Obrenoviche as a ruler of Serbia in 1815. But the formal independence came in 1878, after the war between Russia and the Osman Empire. 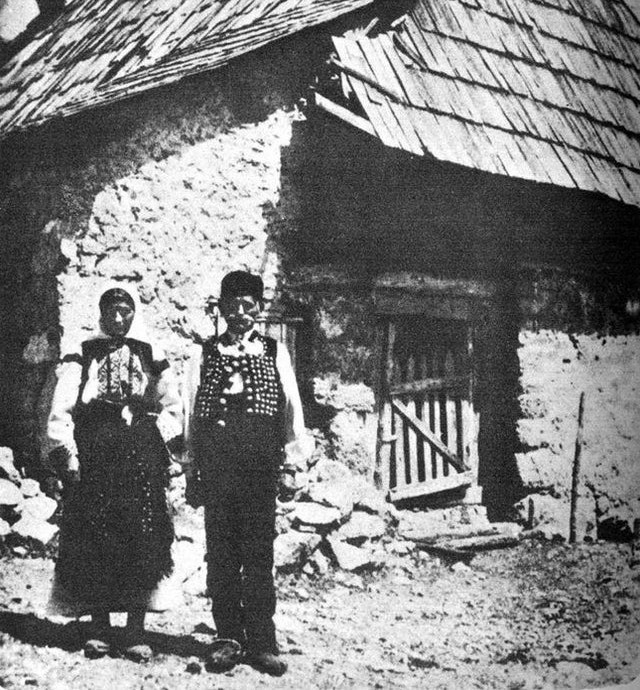 Gavrilo Princip’s parents in front of their house, the early 1900s

Serbia was independent, but not satisfied by the beginning of WW1.

While gaining independence, a lot of Serbians dreamed of uniting all of the south Slavic people under the rule of Belgrade. Some of those Slavic territories were a part of the Austro-Hungarian Empire. Vien set the region on fire, supporting numerous conflicts between Slavic states of Balkan region during so-called Balkan wars of 1912-1913

King Peter I of Serbia (center right) in conversation with his Prime Minister, Nikola Pašić (center left), during WWI

How one revolutionary from Serbia could start WW1

There’s a historical fact that WW1 started right after Gavrilo Princip murdered Franz Ferdinand in Sarajevo in 1914. But the truth is that WW1 had to begin in one way or another. Austro-Hungary was preparing for it, Germany was preparing for it… Countries of Antanta did so too. It was a matter of time. 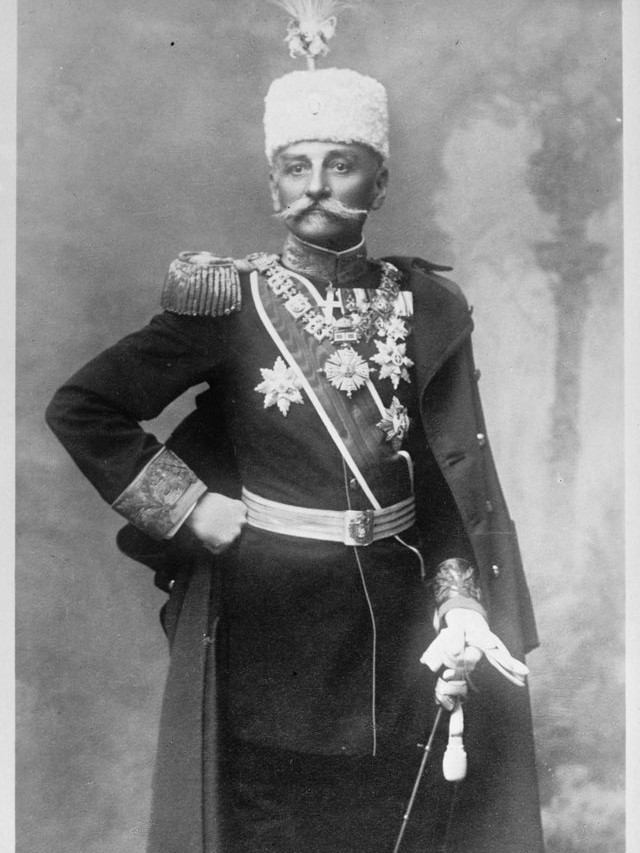 The first weeks of WW1 had brought some mixed success to the army of Serbia. Combat operations in this sector of the front went on with varying success. After winning some battles in August 1914, including the one in the region of the Tser ridge, Serbians couldn’t resist overwhelming Austria. The Austrian troops took the Serbian capital in November 1914, despite the active help from Russian and French soldiers. 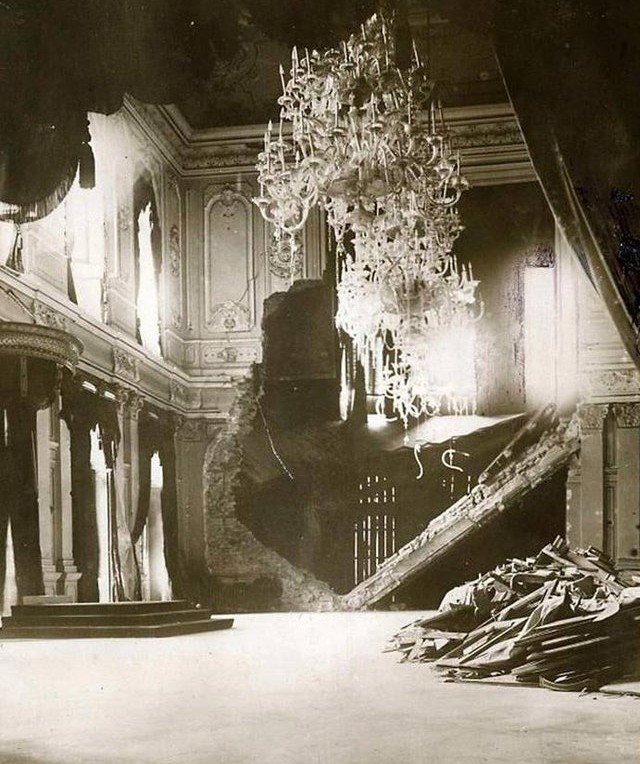 The throne room in the Royal Palace in Belgrade, Kingdom of Serbia, October 1915

A king of Serbia in the trenches of WW1

King Peter joined the army of Serbia in November 1914. He couldn’t act like french trench raiders, but he managed to ignite the inner fire in his troops that suffered poor morale. Peter ordered a new offensive. Serbian started it on December 3, 1914. During the 12 days of fighting on the river Kolubare and river Drina, they defeated the Austro-Hungarian troops. On December 15, the Serbians took Belgrade back. Not a single Austro-Hungarian soldier remained on Serbian territory; more than 50 thousand prisoners were captured, 126 cannons, 70 machine guns, and many other trophies. 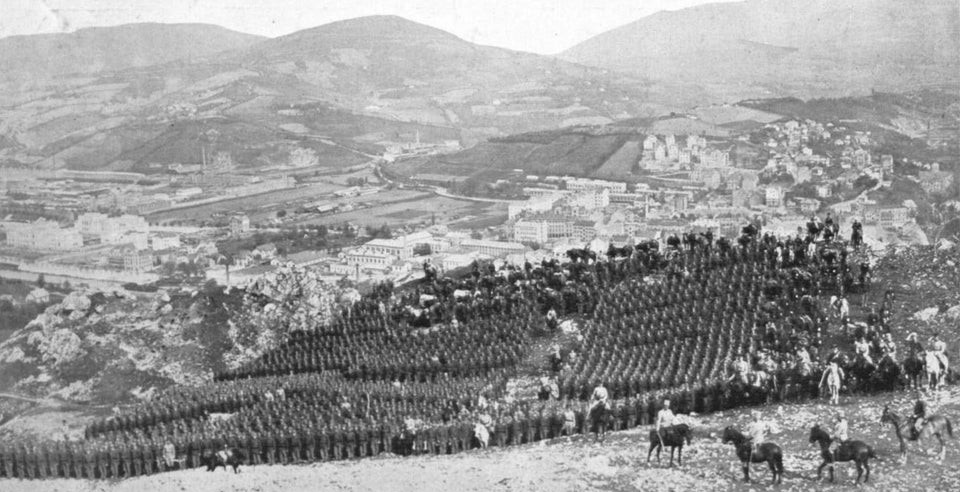 Serbia passed through two major historical blows during the battles of WW1 in 1915. It all started when the German forces joined the Austro-Hungarians in October 1915. Austro-Hungarian and German troops suppressed the fierce resistance of Serbians and retook Belgrade on October 9. Serbs retreated to the south.

The second blow came from the Balkanian brothers. On October 14, Bulgaria entered WW1 on the side of Germany. Bulgarians invaded Serbia on the morning of the next day. 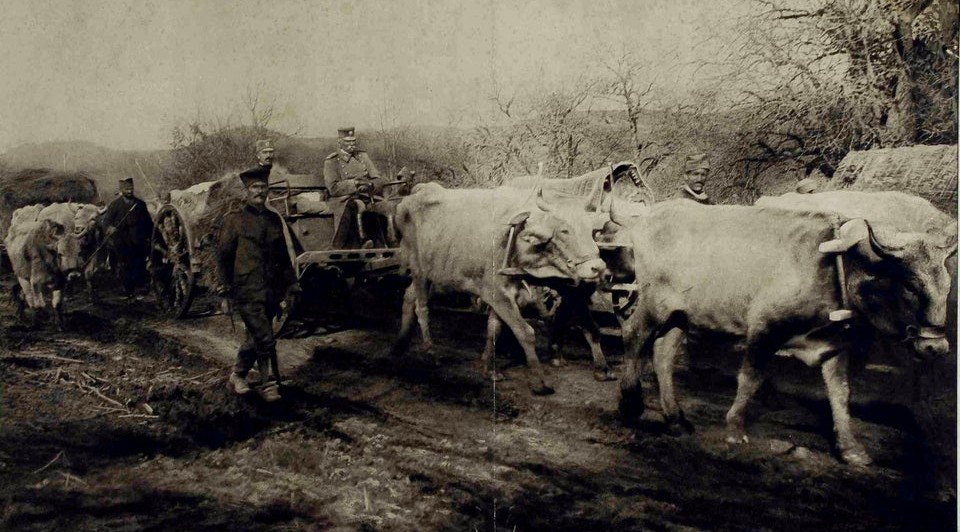 Lost battles forced the French command to transport the Serbian army to Italy, and then to Tunisia. Serbian units restructured there and subsequently returned to the front. This relocation required massive naval support. The helping hand came from France and England. 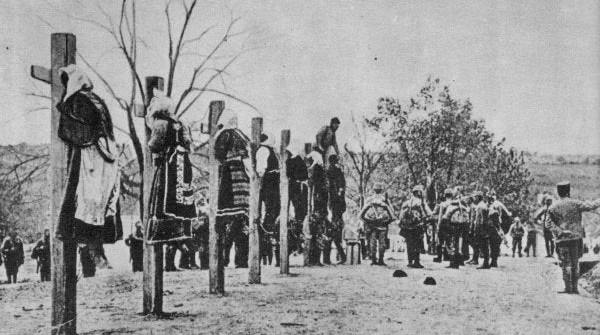 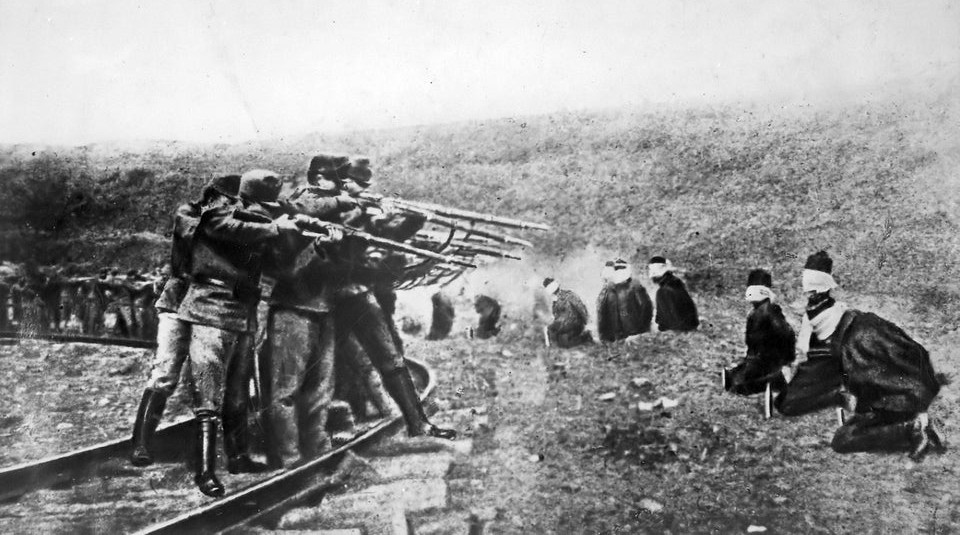 Serbs continue to fight on the Thessaloniki front

Serbs continued resistance in Albania on the so-called Thessaloniki front. France reinforced the Serbians with their divisions in May 1916. In total, the Serbian troops numbered 130,000 people. The allied forces in the Balkans reached 300,000. 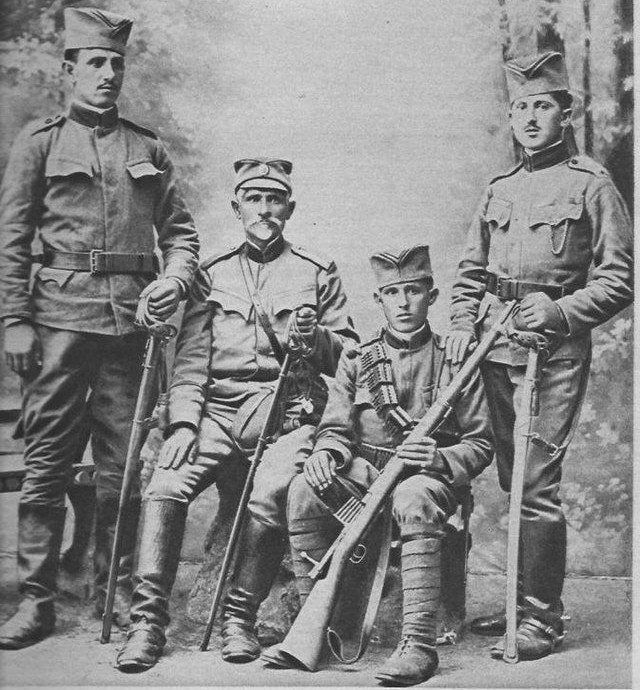 Captain of the Serbian army. A veteran of 7 wars, again on the front with his three sons. WW1 -1915

Antanta troops received significant superiority by the end of the summer of 1918. They initiated a new offensive with extensive usage of gas attacks on the Thessaloniki front. Demoralized Bulgaria could overcome this defeat and capitulate on September 29. Serbian army victoriously entered Belgrade on October 18, 1918. It was a new glorious page in Serbian history – Belgrade became the capital of the Kingdom of Serbs, Croats, and Slovenes (since 1929 – Yugoslavia). 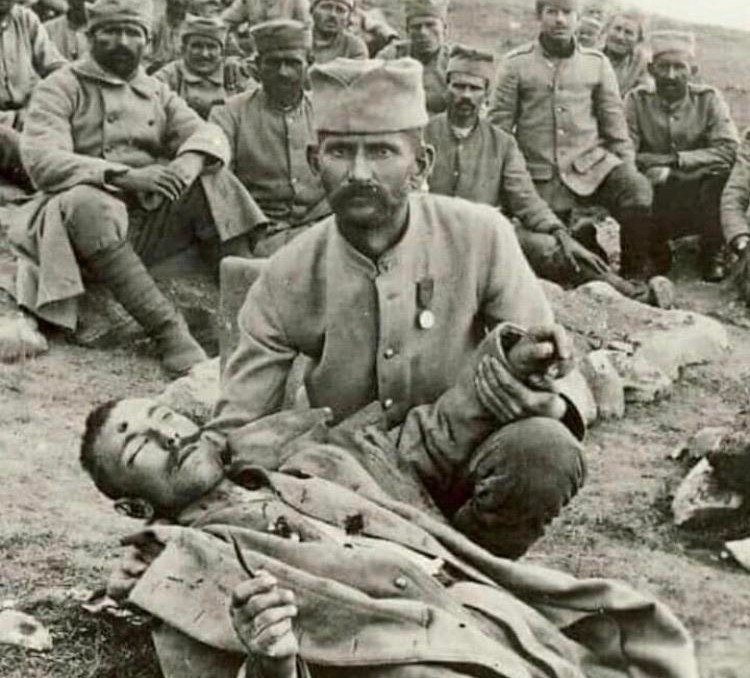 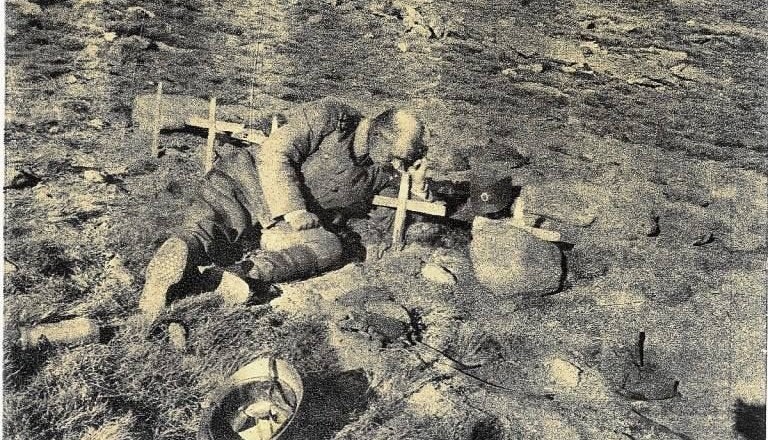 Serbian soldier on his only son’s grave (also a soldier), WW1. Serbia lost 25% of the population (1 million killed_died), including 60% of the adult male population in a war.

Soldiers of the 1st Bulgarian Army salute a column of German soldiers passing through Paraćin, Serbia, in November 1915.

Muslims of the Serbian Army Laying Oath before the Mufti of Niš (Niš, Serbia, 1915)

By Carol Pearson
1 Mins read
The name of this photo is Reindeer, called after the German operation during the WW2. This offensive aimed to capture Petsamo (an…
Subscribe
0 Comments
Inline Feedbacks
View all comments
×
Photo of a day