Photo of Jessie Owens honored for winning Olympics in Berlin, 1936 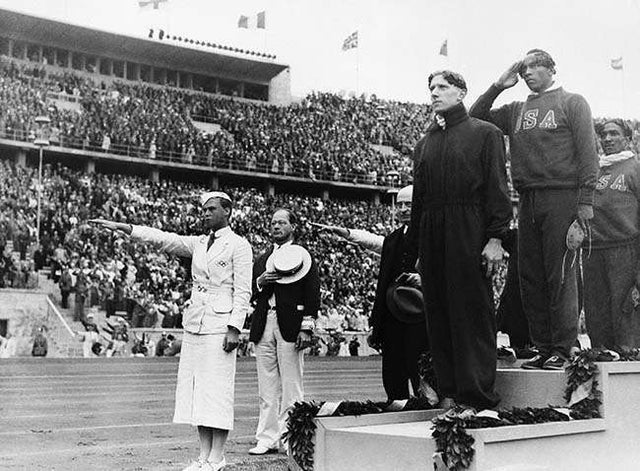 You cannot imagine the anger of the Nazi authority after a black guy won four gold medals.

Summer Olympic games were held in Berlin in Nazi Germany in 1936. While the country was preparing for WW2, arming itself to teeth, Austria annexation was still ahead, and the world community didn’t object to the sporting event in Berlin. Jessie Owens success, pictured on this photo, during that Olympics was a massive surprise for everyone.

You’ll never get it how Hitler wanted german athletes to win all athletics disciplines. It was a fixed idea, and everybody was supercharged to achieve this goal. The concept of Aryan superiority became deeply embedded in the everyday life of the German people, and it was an important symbol to win some of the prestigious Olympics sports.

And now imagine nazi administration anger after the US runner Jessie Owens won the most prestigious 100-meter Olympics discipline. His black skin caused even some new outrage within the german authority. Needless to say, black people shared the same grim destiny in Nazi Germany as Jews, gypsies, and some other minorities did. Jessie Owens refused to salute Hitler in a nazi manner (many athletes from other countries did so, as event administration asked them to do so), and it led to the scandal.

Quick facts about Jessie Owens photo and Olympics in Berlin: