Original poster “Keep Calm and Carry On” was produced in 1939 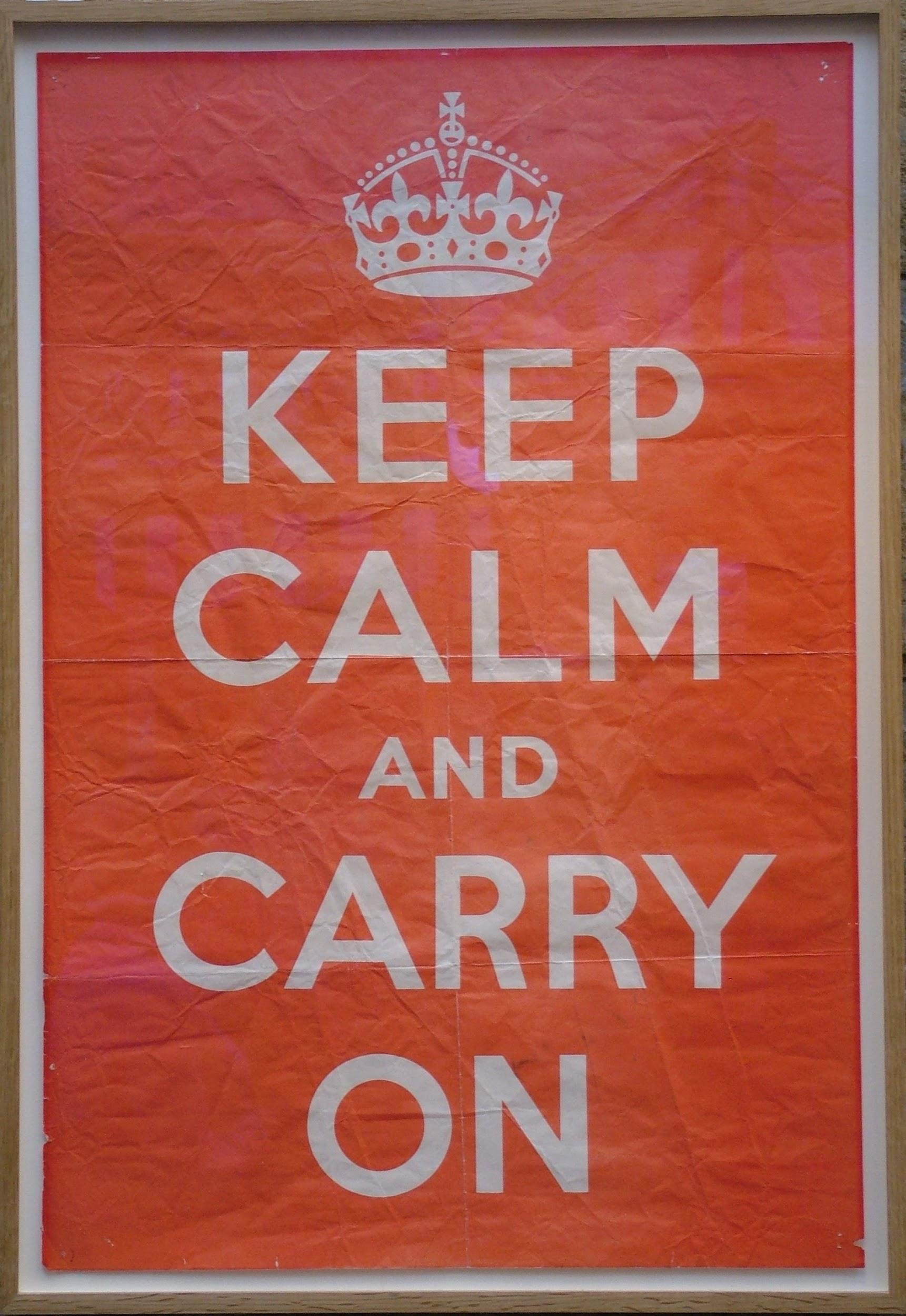 Preparing  for the Second World War, in 1939 British government produced several motivation posters. This one was from a “Home Publicity” series. Others were: “Your Courage, Your Cheerfulness, Your Resolution Will Bring Us Victory” and “Freedom Is in Peril / Defend It With All Your Might”. Each of them had a Tudor Crown, a symbol of state, above the slogan. Copies of “Keep Calm and Carry On” were printed but stored for use after serious air raids or massive gas attacks but were never used in public.