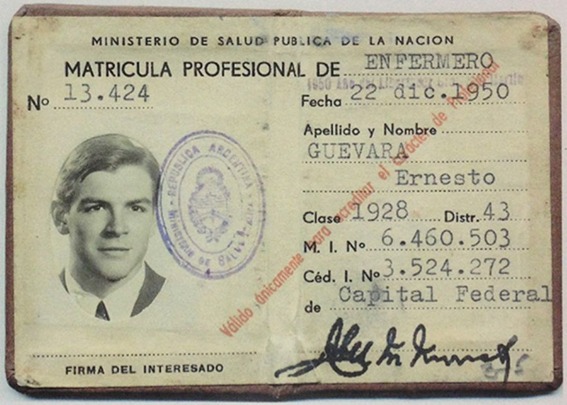 Did you know that Argentinian Marxist revolutionary Ernesto Che Guevara was a doctor? According to this historical photo, he was a medical student, and according to the Argentinian legislation, he had to have a nurse license to work as a physician or occupy any position in hospitals. This photo of Che Guevara license was taken in 1950, during his travel through South American countries.

Historical photo: A British war photographer during the Crimean War, 1855

And here’s another fun fact: the future revolutionary could live a pretty wealthy middle-class life in Bueno Saeros as many doctors with diplomas did that time. But the internship opened Ernesto’s eyes on poverty and social inequality and radicalized his mindset.

Looking at these pretty eyes on this historical photo, we believe that Che Guevara could become a handsome doctor or even an actor. Still, his destiny led him to bloody Caribbean adventures, which ended with his early death.

By Anna Ramirez
2 Mins read
Oldpics continues to be of the view that almost all pictures from LIFE Magazine covers are iconic. Here’s why we selected photos…
Subscribe
1 Comment
Oldest
Newest Most Voted
Inline Feedbacks
View all comments