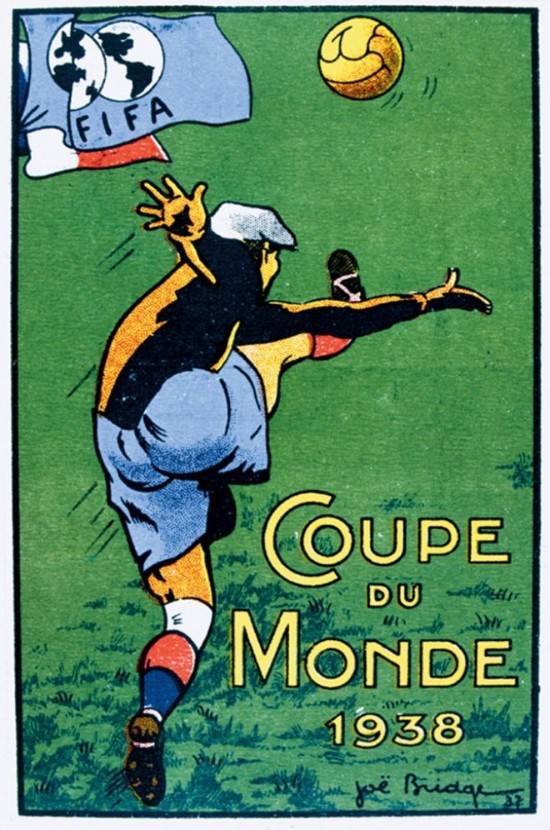 The last World Cup Before WW2

It was the 3rd World Football Cup and it was held in France. Previous Cups also were held in Europe and thus the decision, taken in August 1936, to award the 1938 tournament to France (Argentina was an alternative location) caused outrage in South America. As a result Brazilian team agreed to enter the tournament at the last moment, while Uruguay and Argentina refused to enter it at all. Spain also missed it because of civil war. France and Italy were qualified automatically (as the host and the title holder). The remaining fourteen places were allocated to Europe (11), Americas (2) and one to Asia/Africa.

Another interesting fact was that Austria, who qualified for the tournament, withdrew after the March 1938 Anschluss under which Austria was incorporated into Germany. This was followed by a scandal where the organising committee did not invite Latvia to take their place (they had finished behind Austria in qualifying) and instead left the place vacant.

The tournament had no group stage and it was just a simple knock-out competition, with extra-time and replays where necessary.

The World Cup was won by Italy.

In this historical photo, Mao Zedong is proclaiming the formation of the People’s Republic of China (PRC). The Great Helmsman chose Tiananmen…
Stories

Earle Bunker found himself among Pulitzer Prize winners in 1944 for his photo ‘Homecoming’. Here’s an interesting one: 1944 was a special…
Photo of a day

In this photo Umberto II, the last monarch ruler Italy is participating in the referendum on the abolition of the monarch. There’s…
Subscribe
1 Comment
Oldest
Newest Most Voted
Inline Feedbacks
View all comments