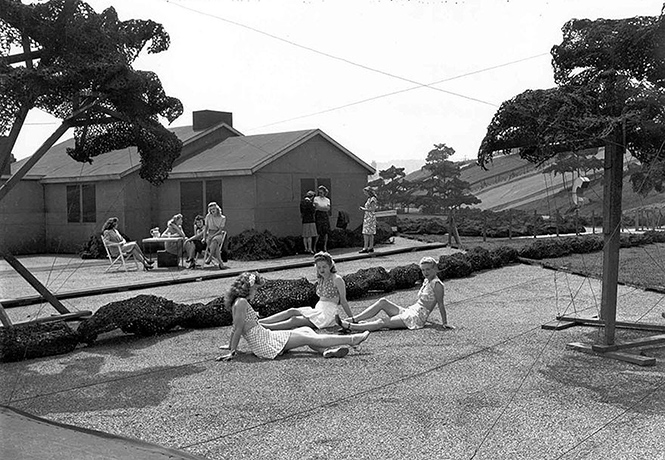 It’s hard to believe that you see a disguised Boeing aircraft factory during WWII. But that’s what we have: smart company owners hid the giant operating plant from the Japanese. Take a look at the whole picture.

The girls in the picture are real; everything else is not.

During the harsh starting year of WWII, Boeing’s Seattle factory set up an in-line production of B-17 bombers for the army. At the same time, it was a high threat to Japanese raids. How are you gonna protect this massive object?

How to hide a Boeing Factory?

But if you’re an aircraft manufacturer who wants to construct a B-17 when it’s quiet, you have to have a brilliant idea. For example, to invite Hollywood decorators to the plant so that they would build something delusive. Let’s say a fake sleeping town. Film design specialist John Stuart Detley coped with the task. His team constructed a whole town with houses, streets, trees, and even fake cars. The city had to dismantle this urbanistic beauty after Japan’s surrender.

Just imagine: thirty thousand people worked daily under fake city cover, assembling three hundred bombers every month! Take a look at the photos of the phenomenal Hollywood military project of the disguised Boeing factory. The nuances are interesting too: for example, trees in the city are smaller than a person. Cars do not look real at all. But it was enough to deceive the Japanese pilots who were in the clouds. 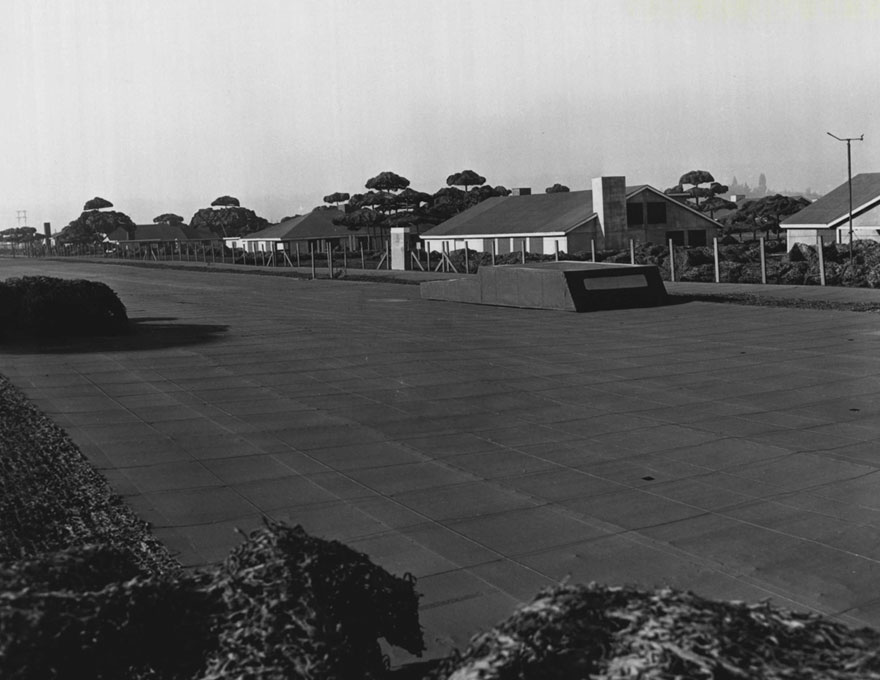 Japanese pilots couldn’t find the difference between this fake town and a real one. 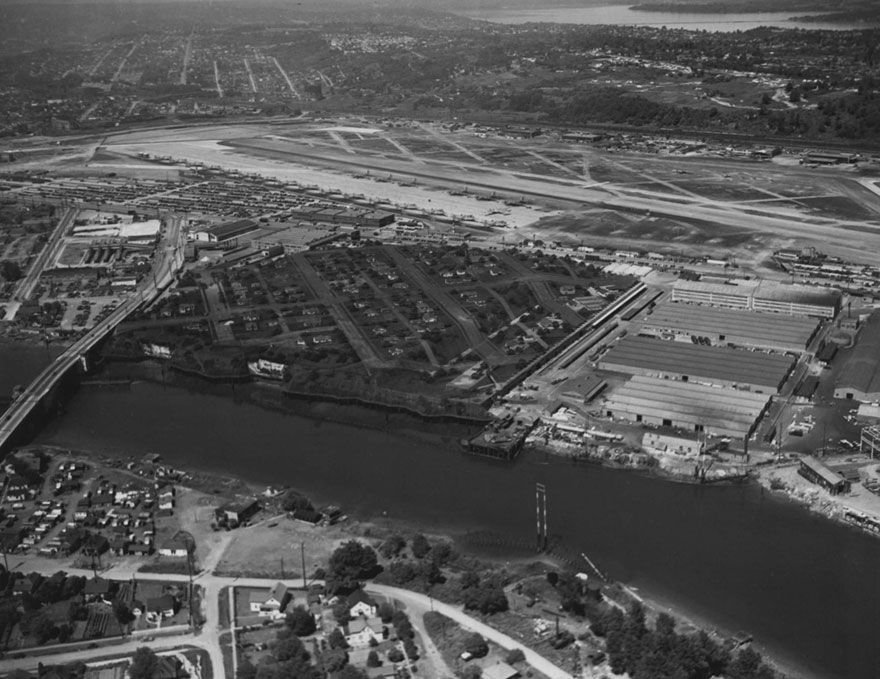 It seems like this Fake Boeing district was greener than the rest of Seattle. 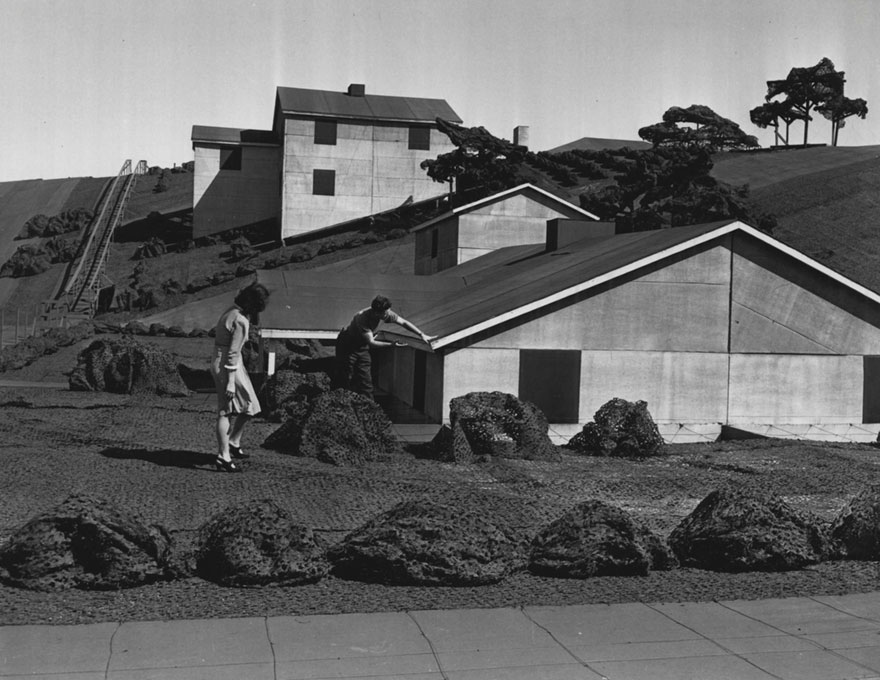 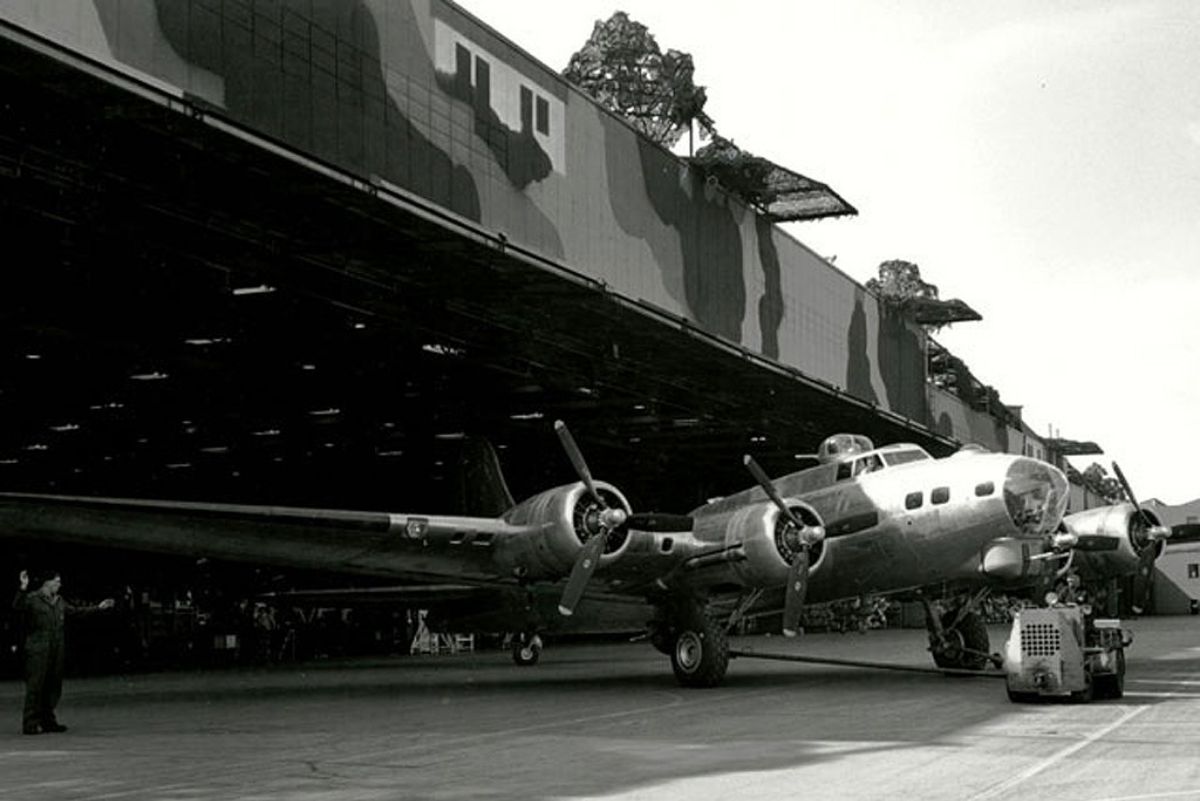 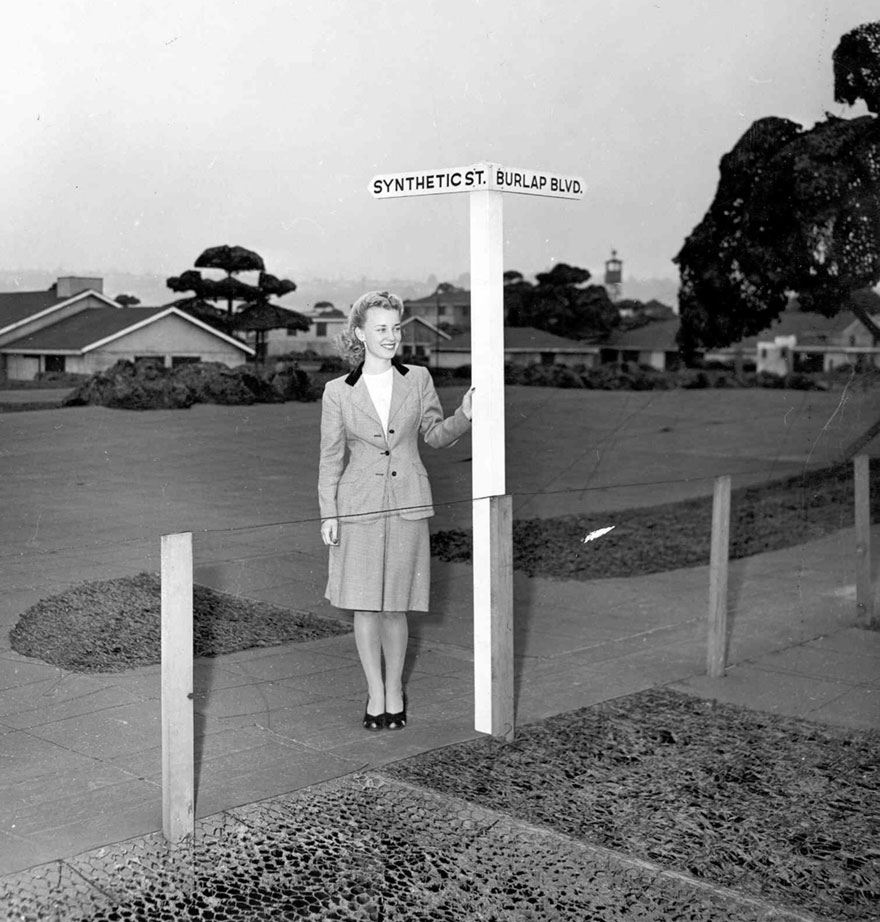 The street names are just a joke. 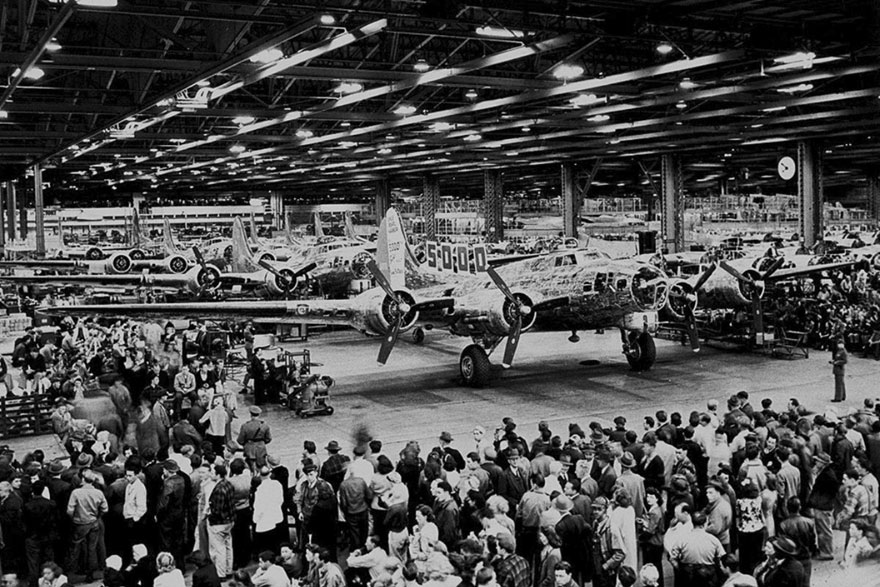 The Boeing bombers played a crucial role in WWII 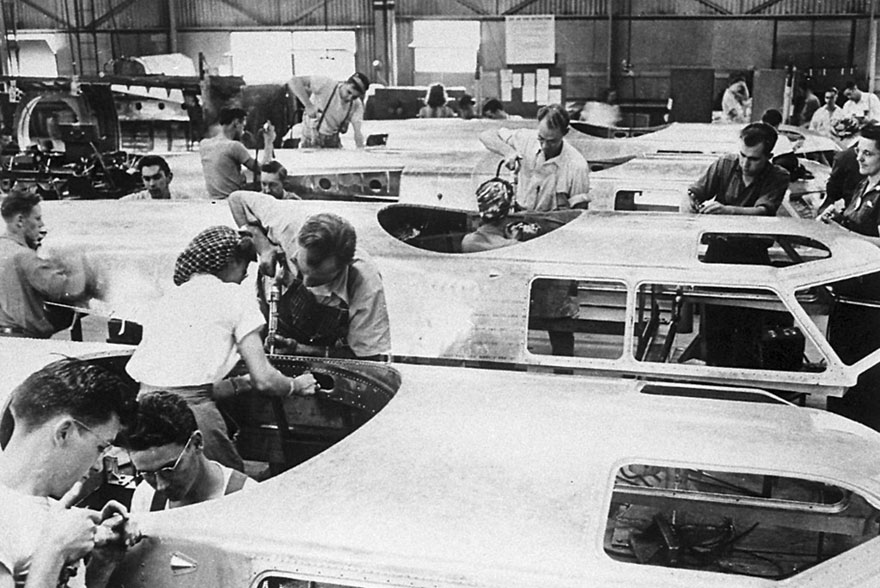 The assembling process at the Boeing factory disguised 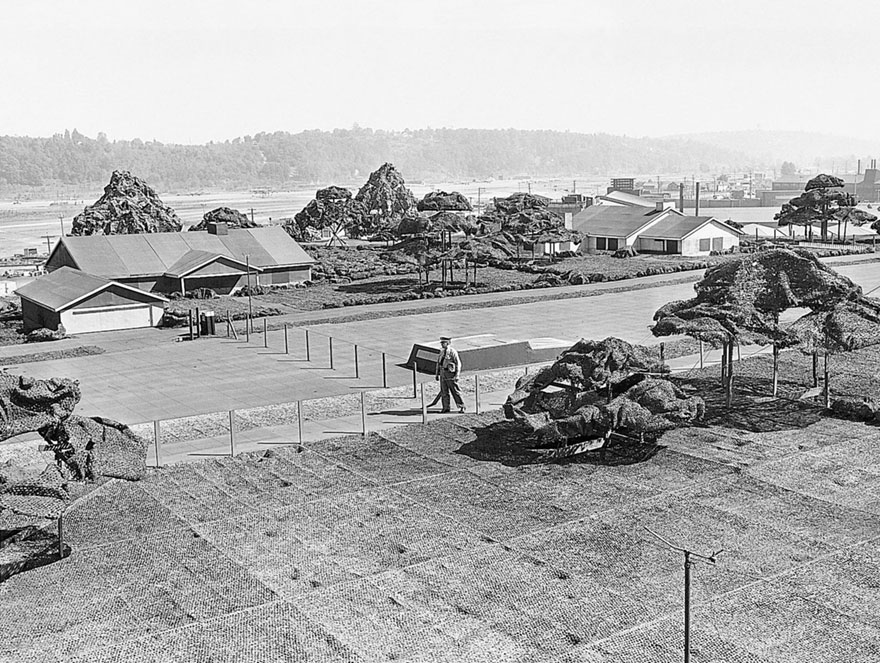 Some trees were smaller than a man. 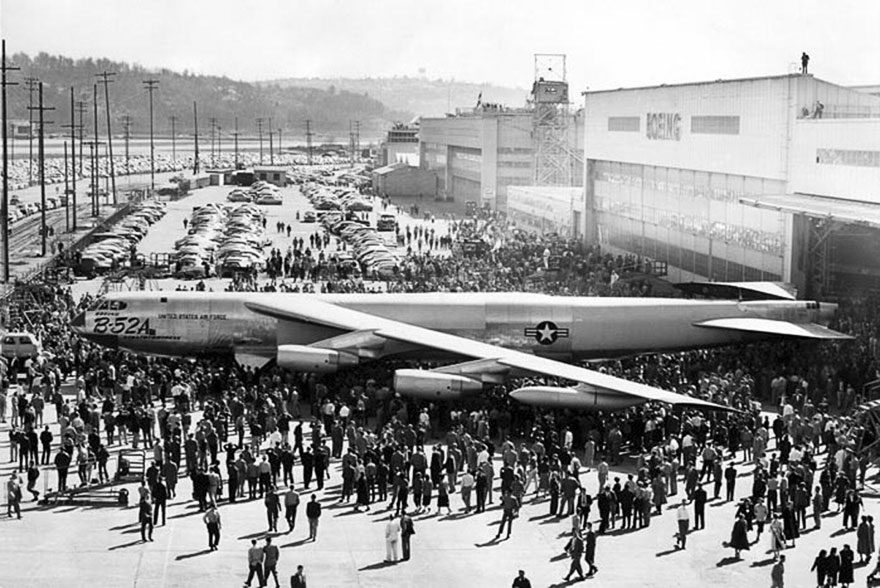 School bus disguise may be applied! 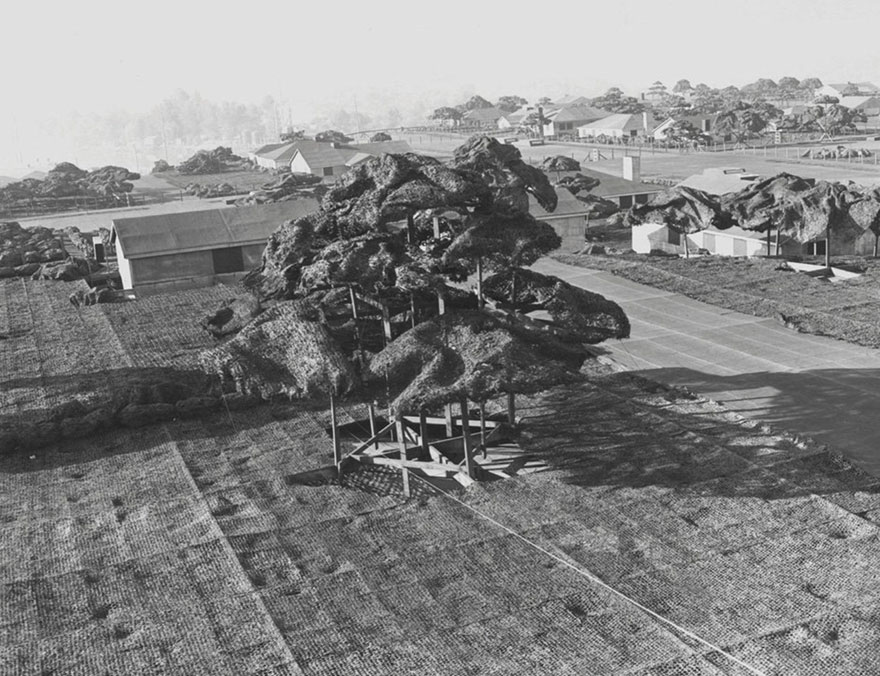 Now imagine that you’re looking at this urbanistic beauty from above the clouds. 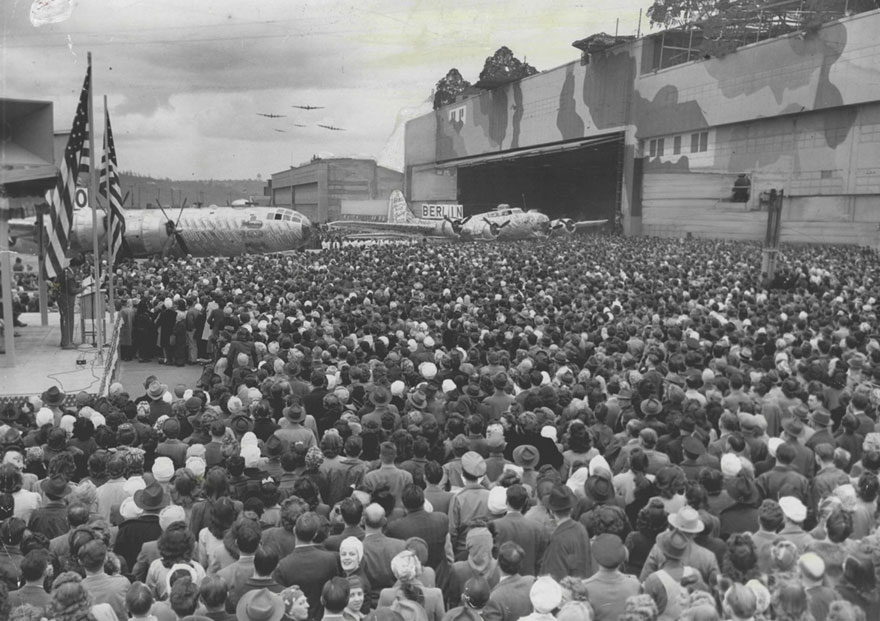 Hollywood decorators hid all these people.