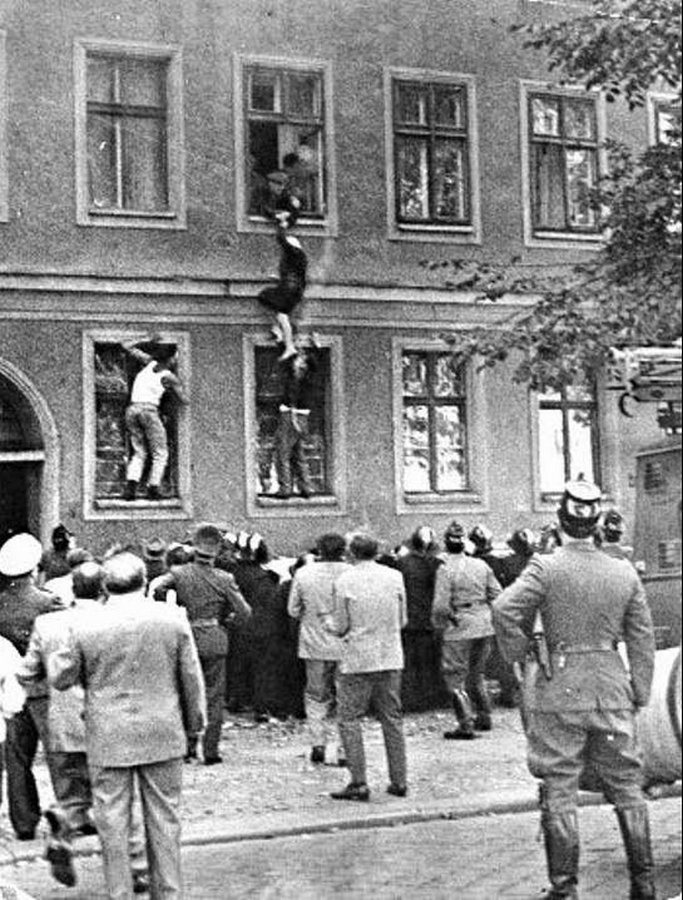 In this photo, a 77y-old woman from East Berlin flees to West Berlin through a window. Yes, in some areas, the households served as a part of the Berlin Wall, and people used them to escape the benefits of the communist life.

A wall in history

As you can imagine, it takes time to build any wall. So when someone claims that Soviets erected the Berlin Wall in one night, it is instead a bit of an exaggeration.

On the morning of August 13, 1961, those residents of the GDR who worked on the territory of the FRG were unable to get to work. But it wasn’t a Berlin wall that prevented them. The reason was in patrols and hastily folded fences, mostly with barbed wire. Konrad Schumann’s Berlin Wall escape on August 15, 1961, went down in history as a symbol rather than an acrobatic miracle. Konrad had to jump over a barbed wire 80 cm high. The hardest part was to work up the courage. 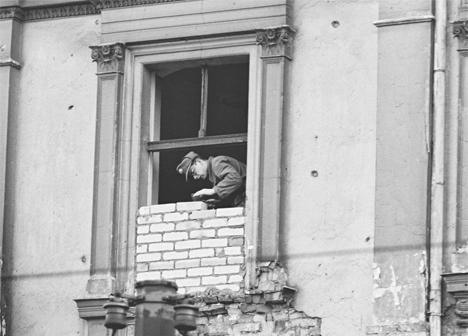 How to escape the Berlin Wall at 77

77-year-old Frida Schultz had more than enough courage. A not so young woman dared to flee to West Berlin through the window of a residential building located on the territory of East Berlin. Frida didn’t like the Communist rule in hew home city, and escape was her only option. Mrs. Schultz used an opportunity given by her building, which served as a part of the Berlin Wall during the first couple of months. East Berlin administration laid all the windows with bricks, but this task took some time.

The photo shows how a woman is torn in two. East Berlin policeman tries to pull her back to the communist area. At the same time, West Berlin residents try to help her to land in the land of the free. Groups of locals have gathered around and gazed at the idiotic twist of history.